Accessibility links
Ketchup: The All-American Condiment That Comes From Asia : Code Switch The story of how ketchup became a staple in American kitchens tells us much about the history of international trade, taking us from Fujian province to western Europe and ultimately across the Atlantic. 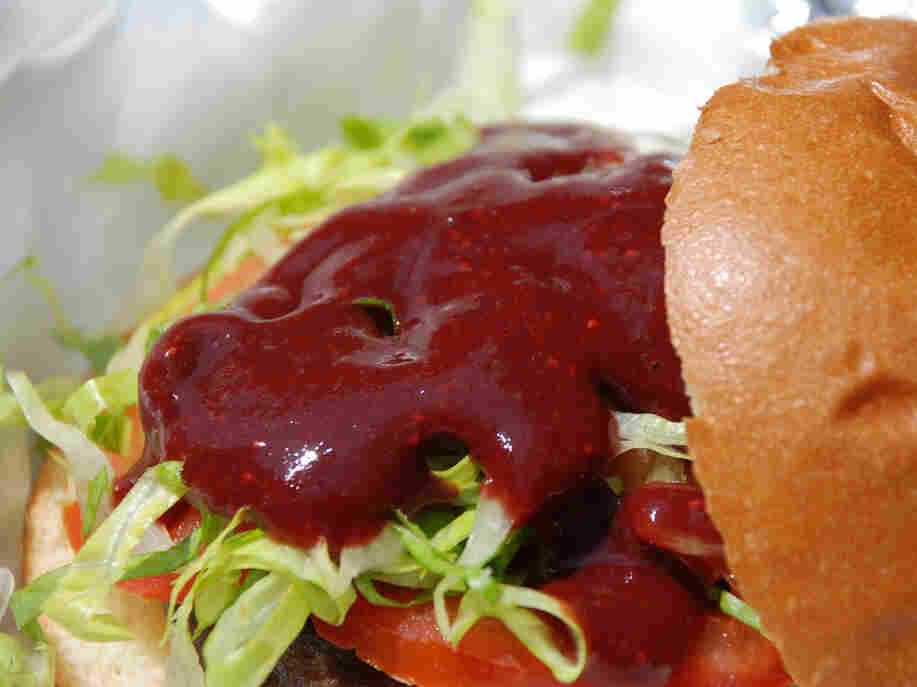 Although tomato ketchup is ubiquitous today, the condiment was once made from many diverse ingredients — walnuts, oysters or, in this instance, strawberries. Kristen Taylor/Flickr hide caption 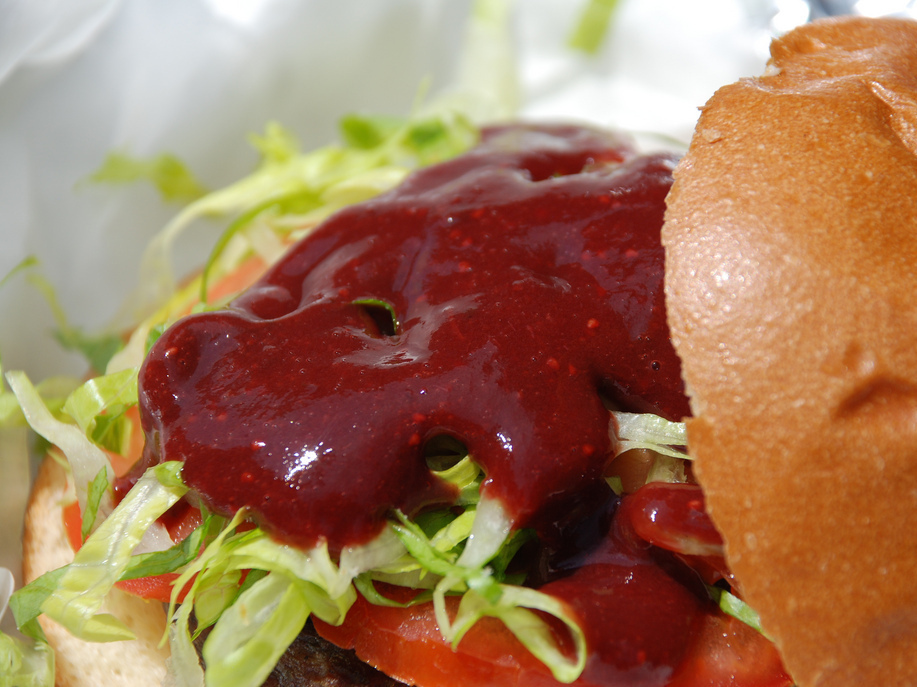 Although tomato ketchup is ubiquitous today, the condiment was once made from many diverse ingredients — walnuts, oysters or, in this instance, strawberries.

There probably isn't a more American condiment than ketchup. Millions of Americans douse their french fries, hamburgers, hot dogs and other favorite foods with it every day. The ubiquitous tomato-based sauce has been a staple in American cuisine for over a century, with surveys finding that 97% of kitchens in the United States contain a bottle.

Given those facts, many Americans may be surprised to learn that ketchup's origins aren't American at all and that tomatoes were introduced to the mix relatively late in the sauce's history.

The story of ketchup is in many ways a story of globalization and international trade. On his blog The Language of Food, Stanford University professor Dan Jurafsky comprehensively traces the tangy condiment's long journey from Southeast Asia to China, then to Europe and, eventually, the United States.

Depending on how it is translated, ketchup's predecessor was known as ke-tchup, kôechiap or kê-tsiap in Hokkien Chinese. It referred to a pickled fish brine or sauce from the Fujian province of China and Southeast Asia. As Jurafsky notes, "Fermented food products have a long tradition in Asia." Later, vegetables like beans would also be fermented and made into pastes, and Hokkien Chinese traders would bring these sauces to Malaysia and Indonesia, where they were known by the names kechap and ketjap respectively.

Ke-tchup would make the journey westward when it was brought back to Europe by Dutch and English sailors in the 1600s. Now known as "ketchup" or "catsup" in English, the sauce was appealing to the traders and sailors for a number of reasons, one of which was that it was well-preserved and could keep for several months without spoiling. The Oxford English Dictionary says the word "catchup" first appeared in print in 1699 in the New Dictionary of the Terms Ancient and Modern of the Canting Crew and was described as "a high East-India Sauce." (At the time, "East India" referred to South and Southeast Asia.)

By the 1740s, according to author Justin Cord Hayes, ketchup was an everyday part of English cuisine, and referred to any type of "spiced sauce" present at the table. The rise in ketchup's popularity was helped by the fact that in the 1700s, a variety of spices were readily available in England due to trade with various colonies across the globe. In addition to salt and pepper, English cooks had access to cinnamon, mustard seeds, nutmeg and cayenne pepper among other spices — all ingredients vital to making a good ketchup.

The first ketchup recipe appeared in print in Eliza Smith's 1758 cookbook The Compleat Housewife. Smith's "English Katchup" was a savory chutney made of anchovies, cloves, ginger and pepper. As Smith noted, this ketchup recipe was "good to put into fish sauce or any savory dish of meat."

The early 1800s was the heydey of homemade ketchups. Varieties of ketchup that would become popular included lemon, walnut, oyster, elderberry and mum (beer). Walnut ketchup was said to be a favorite of Jane Austen's and her family and Austen's closest friend Martha Lloyd recorded a recipe for it in her household book. Later, the 1861 bestselling tome Mrs. Beeton's Book of Household Management would contain several ketchup recipes, including entries for oyster ketchup and mushroom ketchup.

The various ketchup recipes mentioned above would arrive in the United States along with the British during the colonial period. But as The Oxford Companion to American Food and Drink notes, tomato ketchup may have been invented in the United States, which is logical because the tomato is native to North America. It is believed that Europeans were hesitant to use tomatoes in ketchup (or any cooking at all) because the fruit was believed to be poisonous, which led to more than a century going by before the first tomato ketchup was created.

The first known published tomato ketchup recipe was written by the Philadelphia scientist and horticulturalist James Mease in 1812. (It's obvious that Mease had thought for quite sometime that tomatoes and ketchup were a natural combination. In 1804 he observed that "love apples" — a popular term for tomatoes at the time — make for "a fine catsup.")

Hundreds of other tomato ketchup recipes would follow. An 1817 recipe incorporated both tomatoes and anchovies, an homage of sorts to ketchup's original roots as a fish sauce.

However, as the Oxford Companion notes, the popularity of tomato ketchup would really take off after the Civil War. An 1891 issue of Merchant's Review boasted that ketchup was the "sauce of sauces" and five years later The New York Tribune declared that tomato ketchup was America's national condiment that was "on every table in the land."

The most famous producer of tomato ketchup, of course, is the Pittsburgh-based H.J. Heinz Company. In 1882, company founder Henry J. Heinz began patenting what would become the company's famous ketchup bottles. By 1908, just over a quarter of a century later, sales of Heinz Ketchup reached $2.5 million, an unprecedented amount for that era. Additionally, according to a company statement given to China Daily earlier this year, Henry Heinz deliberately chose the spelling "ketchup" for his product as a way to stand out from most of his competitors, who preferred the word "catsup."

Since ketchup's heydey, the sauce has been immortalized on film in movies like 1982's Diner and Quentin Tarantino's Pulp Fiction. Advice columnists Dear Abby and Ann Landers both had to counsel young wives and daughters about how to deal with their relatives who would slather ketchup all over their favorite foods. And President Richard Nixon made headlines in 1969 when it was revealed that his favorite breakfast was cottage cheese and ketchup.

If, as we mentioned earlier, the story of ketchup is the story of globalization, it is only fitting that as American tastes evolve people will begin to turn to a spicier competitor. Whether or not the Srirachapocalypse happens, ketchup is likely to remain a staple in restaurants and homes around the country for generations to come. But for the past two decades, Americans have been spending more money on a different tomato-based sauce: salsa.