Accessibility links
How 'Black Nativity' Made Its Way To The Big Screen : Code Switch The film is one of several fall and winter offerings from Fox Searchlight — including 12 Years a Slave, Black Nativity and Baggage Claim — featuring African-American casts and themes. 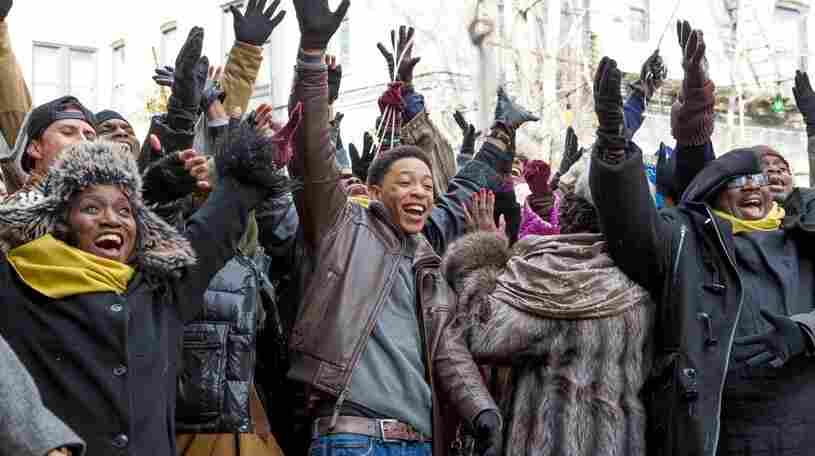 Black Nativity is an adaptation of Langston Hughes' play of the same name. Courtesy of Fox Searchlight Pictures hide caption 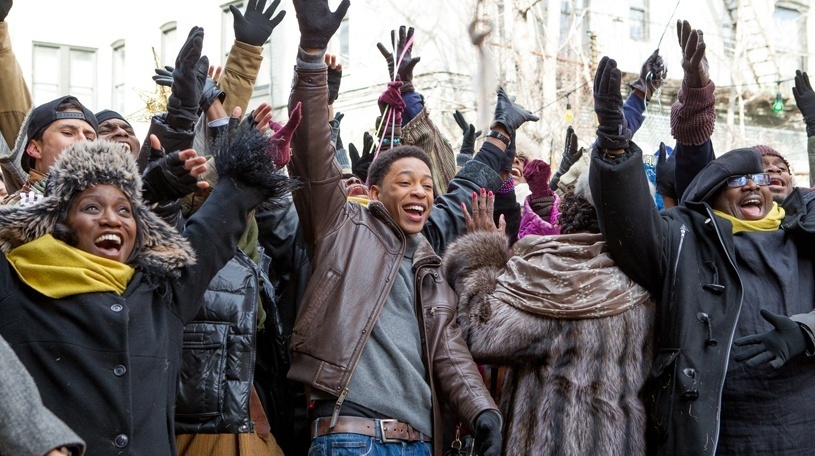 Black Nativity is an adaptation of Langston Hughes' play of the same name.

This season, Fox Searchlight has served audiences a three-course menu of movies with African-American casts and themes.

First, it served an appetizer in September, with the romantic comedy Baggage Claim, starring Paula Patton as a flight attendant looking for a husband in a hurry.

Then, in October, the studio set out a substantial main course with 12 Years A Slave. The sweeping epic by director Steve McQueen is already an Academy Award shoo-in. 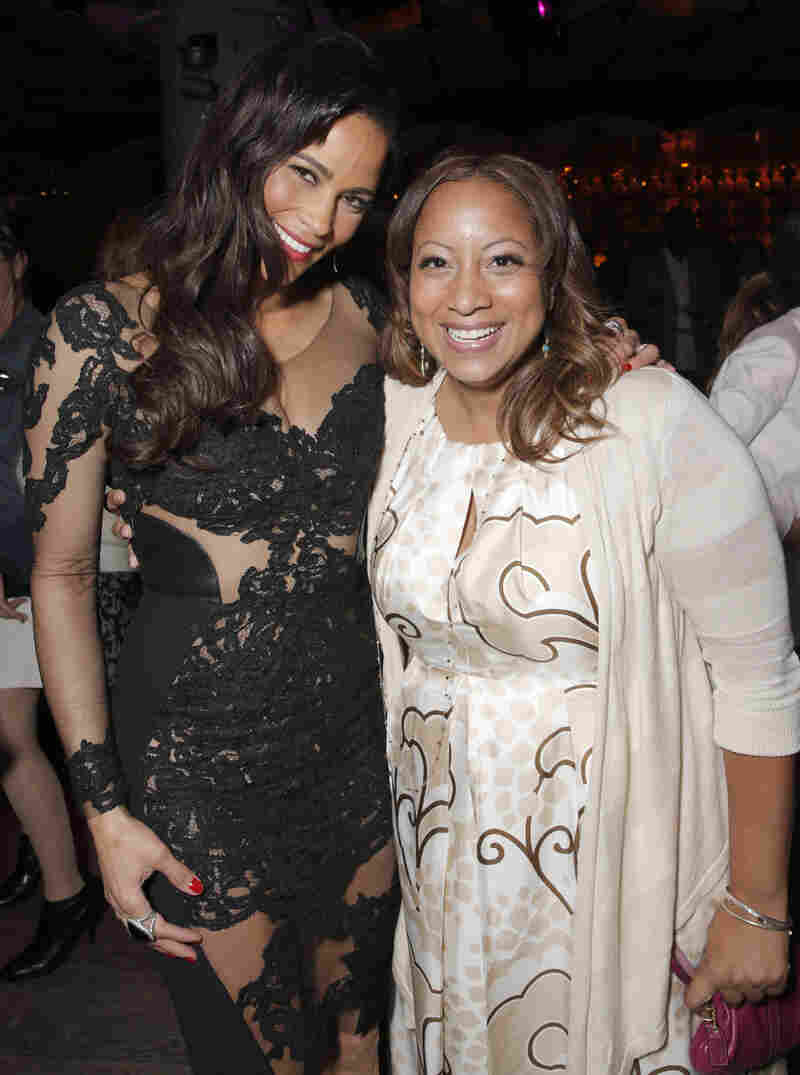 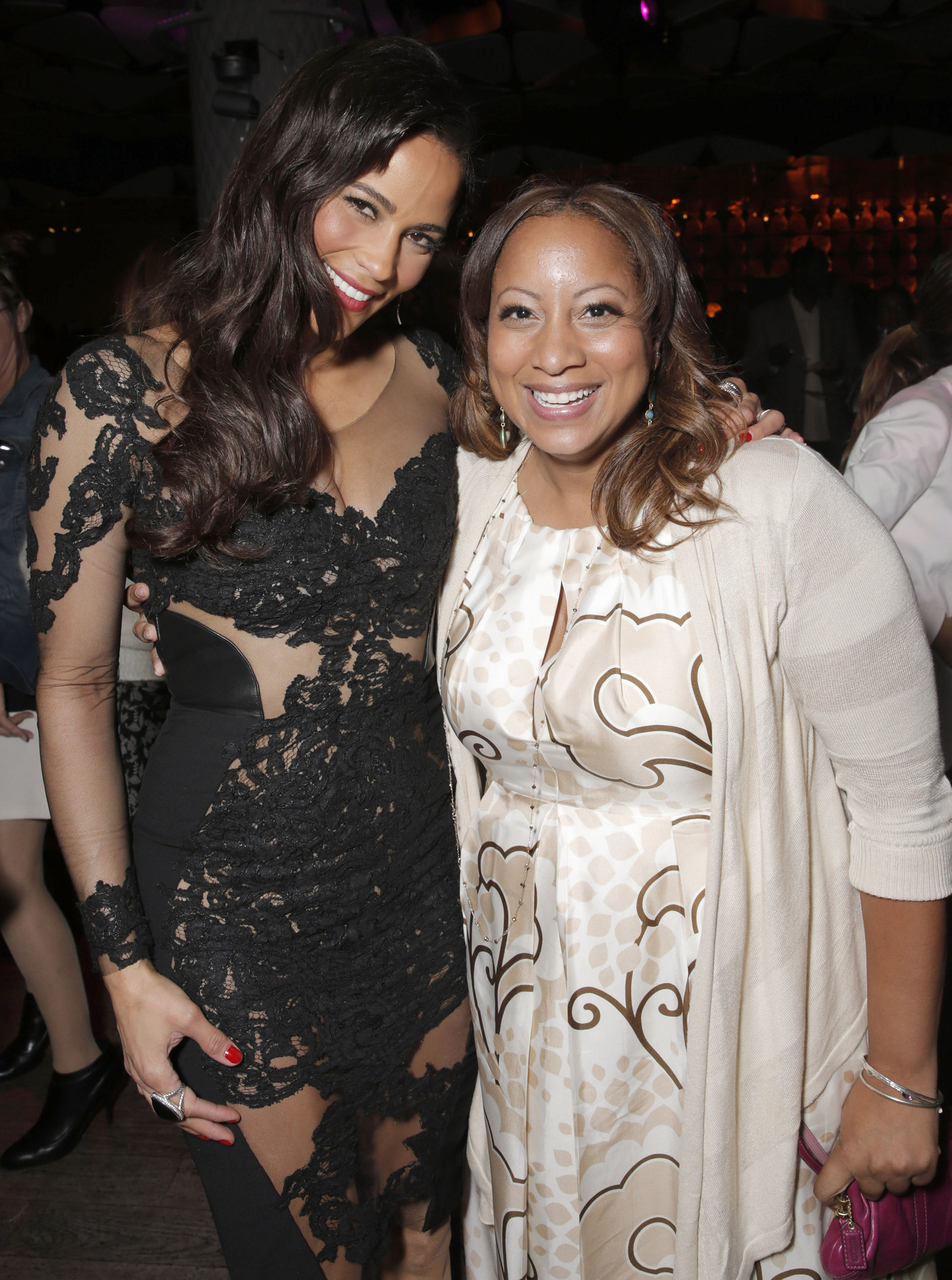 Now, Black Nativity is Fox Searchlight's dessert, a sweet Christmas tearjerker. This musical features Oscar winners Forest Whitaker, Angela Bassett and Jennifer Hudson, singing their way into the holidays. The film, set in Harlem, is a modern version of a classic Langston Hughes play familiar to many African-American audiences.

Director Kasi Lemmons says it was an easy sell to Fox Searchlight's senior vice president of production. "I was at the Spirit Awards and ran into Zola Mashariki from Fox Searchlight," Lemmons recalls. "I said, 'I want to do Black Nativity,' and she said, 'I'm doin' it.'

She is one of the few black studio executives in Hollywood. "It really took having someone in this position who had worked their way up the ladder to be in a position to buy who could hear that story and go, I know that story. It should be a movie, and people are gonna connect with that idea," she says. "I don't think many of my colleagues would have heard that and said, I know exactly what that is."

When I came to Hollywood, I wanted to make many different kinds of films, but I think I would have died if I didn't have opportunity to tell stories about people who looked like me.

Mashariki started out as a Brooklyn-born lawyer who had studied at Harvard and taught in its African-American studies program with Cornel West. She also co-founded an African-American theater group with playwright August Wilson. Mashariki says her passion for and intuition about black audiences informs her choices. At Fox Searchlight, she also brought in the films The Secret Life of Bees, Notorious and Just Wright.

"That makes me really proud, because I'm part of that community," she says. "When I came to Hollywood, I wanted to make many different kinds of films, but I think I would have died if I didn't have opportunity to tell stories about people who looked like me."

Mashariki says the studio's latest slate is a happy coincidence, since the films she shepherds are constantly in development. She's also excited by the recent box-office success for rival studios: Universal's Best Man's Holiday and the Weinstein Co.'s critically acclaimed films Fruitvale Station and The Butler, not to mention the movies Tyler Perry churns out every year for Lionsgate.

Movie reviewer Gil Robertson, who heads the African-American Film Critics Association, says there have been waves of black filmmakers before in Hollywood (think Spike Lee, who started one trend in the 1980s).

"Urban filmmakers who are outside of the mainstream tend to go through this dance every four or five years with the studios," Robertson says. "You see these rumblings, you see a nice body of work, and then the next year, it's nothing."

Robertson is still scratching his head over why the major studios don't promote their black-themed movies more internationally. And he says if audiences want to see more such movies, they need to support them during the crucial opening weekends.

Black Nativity co-star Tyrese, the singer who also stars in the Transformers and The Fast and the Furious franchises, says he's really excited about the new energy he's seeing on-screen.

"Black people have been getting a lot of play in Hollywood," he says. "Old Hollywood practices would be that you can't have a movie with that many black people and expect it to be successful because it's going to cater to a specific audience and demographic. But when you have a bunch of different types of movies that may have a prominent African-American cast and it ends up doing well, everybody in Hollywood [has] to start rethinking what their approach to filmmaking is."

Whitaker, who stars in Black Nativity and The Butler, has been in the game since the 1980s. He says he's also encouraged by the diversity of roles he's getting, and he hopes the box-office success translates to even more films with black casts and themes. "As it continues to open up, and these films receive the audiences here and abroad," he says, "then I hope it opens the space for other cultures to be able to do the same thing."

In January, Fox Searchlight plans to add a fusion dish to its "cuisine": Belle. That's a British mixed-race romance set in the days of slavery.