Accessibility links
Don't You Dare Call Me A Hipster! I, Sir, Am A 'Hep Cat' : Code Switch Jive-talking, jazz-loving "hep cats" from the 1930s and 1940s are the great-grandparents of today's hipsters. The interest of white fans in black music helped fill Harlem's nightclubs and prompted derision. Hipsters were criticized for being the equivalent of a "pretentious poet laureate." 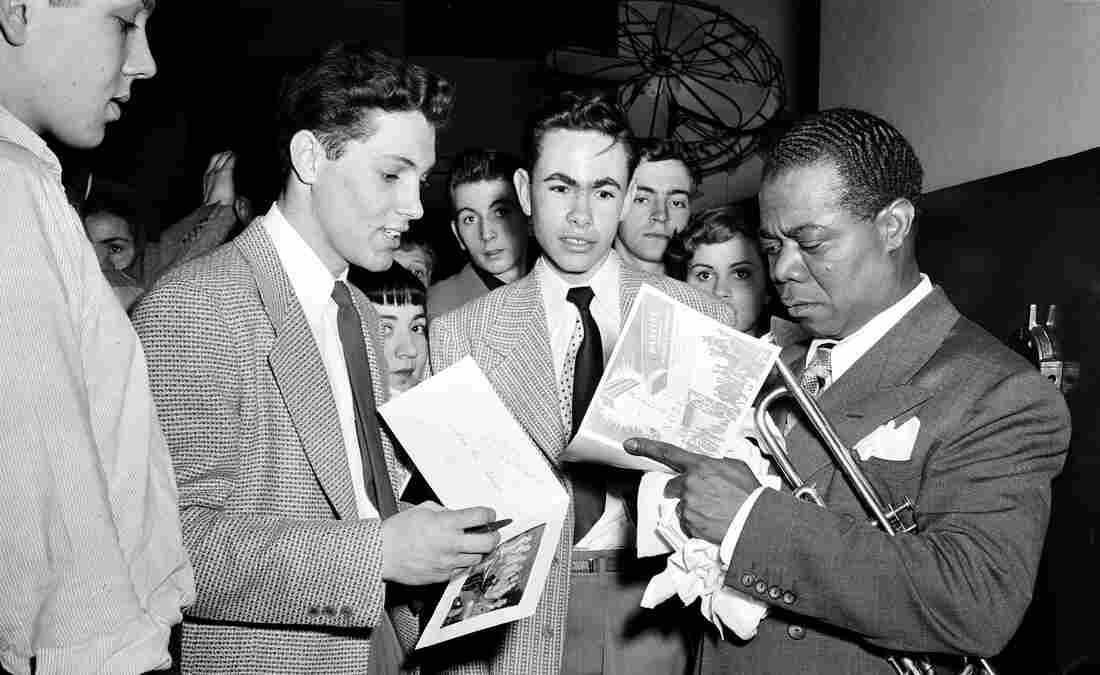 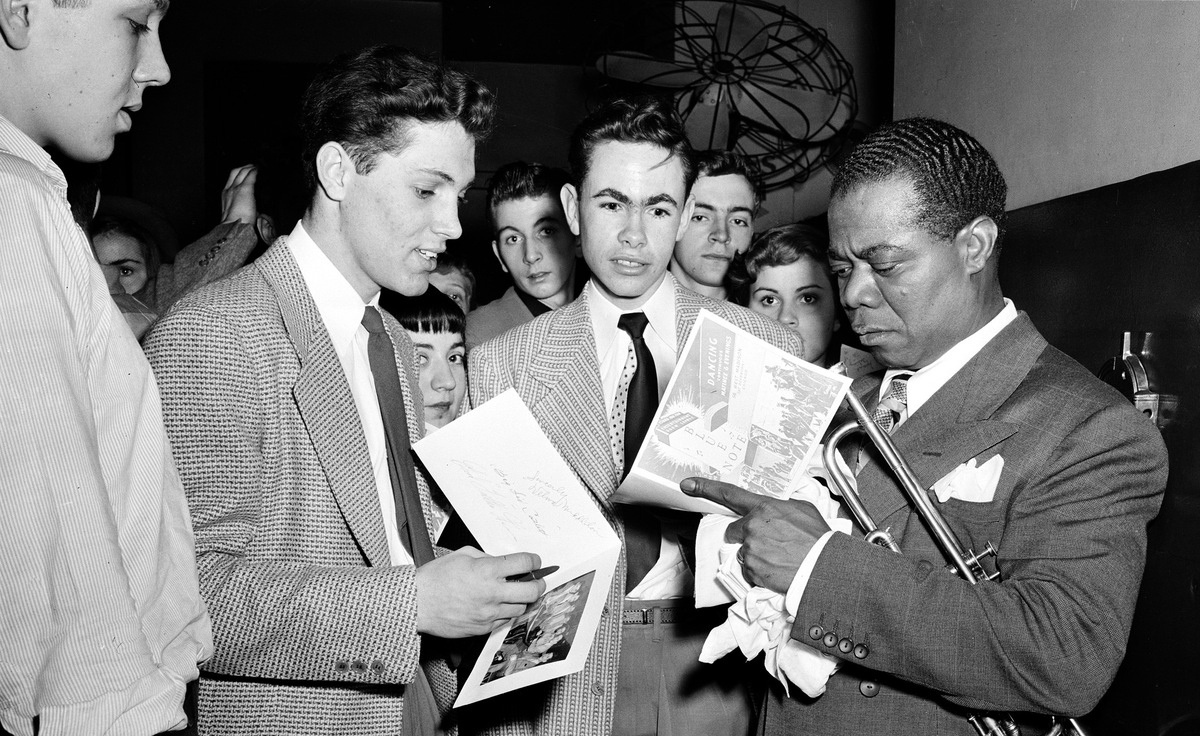 Aside from racial and ethnic slurs, there aren't many words that prompt a more immediate and visceral response than "hipster." Many associate the term with craft beer, smugness and, of course, Brooklyn. Modern-day hipsters have inspired a huge number of Tumblrs, memes and trend pieces in the media.

It may seem like hipsters sprang up out of nowhere sometime in the late 1990s, but the original hipsters were around several generations before that. And they were strongly associated with another uniquely American phenomenon — jazz.

The word "hip," signifying cool or trendy, has been part of American English since the early 1900s, but its exact origins are unknown. What we do know is that the word became widely used in the '30s and '40s. As jazz became more popular, young white people began to travel to African-American clubs and neighborhoods, especially Harlem, to embrace black music and dance.

In 1939, the jazz singer Cab Calloway published Cab Calloway's Hepster's Dictionary: Language of Jive. A hep cat was "a guy who knows all the answers, understands jive." The hep cats and hepsters Calloway described would in the following years become known as hipsters.

Two years later, the African-American pianist and journalist Dan Burley released his Original Handbook of Harlem Jive. Burley, a journalist for Harlem's Amsterdam News, authored a newspaper column called "Back Door Stuff," which documented the jazz scene in Harlem in the '40s and the "jive" spoken by the hep cats and hipsters.

As author Phil Ford notes in his book, Dig: Sound and Music in Hip Culture:

"In his second column for the Amsterdam News, Burley gives us a quick pen portrait of the hipster: 'Lenox Avenue is his kingdom. Worldly wise, he ekes out an existence in lean times that allows him to keep out of the bread lines, dodge WPA toil and the other distasteful avenues of regular labor. He knows Lenox Avenue and the avenue knows him.' "

It's important to note here that Burley and Calloway weren't necessarily using the word hipster in a pejorative way. It was a neutral way to refer to someone who was hip and familiar with the jazz scene.

The journalist Anatole Broyard (who was black but passed as white) was much more critical in his 1948 essay, "A Portrait of the Hipster," which was published in Partisan Review in 1948.

As writer Jim Burns notes in this essay:

"In Broyard's words: 'The hipster promptly became in his own eyes, a poet, a seer, a hero.' And he added that the hipster life-style 'grew more rigid than the Institutions it had set out to defy. It became a boring routine. The hipster --once an unregenerate Individualist, an underground poet, a guerrilla — had become a pretentious poet laureate.' "

Norman Mailer wrote in his 1957 essay, "The White Negro: Superficial Reflections on the Hipster":

"The hipster had absorbed the existentialist synapses of the Negro, and for practical purposes could be considered a white Negro."

Later in the same essay, Mailer described the hipster of the 1950s as "a philosophical psychopath, a man interested not only in the dangerous imperatives of his psychopathy but in codifying, at least for himself, the suppositions on which his inner universe is constructed."

After the 1940s ended and the popularity of jazz peaked, the word hipster mainly faded from use until the '90s when it re-emerged again to describe an emerging "indie" youth culture. But despite the prevalence of the word the question remains as to what exactly defines a hipster.

While the hipsters of the 1930s and '40s really did have a unifying culture of jazz and other forms of African-American music, there doesn't seem to be any overarching cultural phenomenon that unites all modern-day hipsters. (And it's pretty difficult to find any 20-something that self-identifies as one. See The Onion's, "Two Hipsters Angrily Call Each Other 'Hipster' ").

Reporter Steven Kurutz noted in a September New York Times essay that there didn't seem to be any clothes or hobbies that he could wear or engage in without being accused of being a hipster: "Has there ever been a subculture this broadly defined?"

Kurutz's question was answered by Kat Stoeffel in a New York Magazine blog post last week, 2013: Another Year of the Effing Hipster?, where she likens hipster to "less a style than an accusation of trying too hard, lobbed by people who consider themselves above such effort."