Accessibility links
The Best Of Code Switch In 2013 : Code Switch Live-tweeting the year 1963. The story of a historically black college that is now nearly all-white. A taxonomy of "bros." A roundup of Code Switch's best and most popular coverage from the past year. 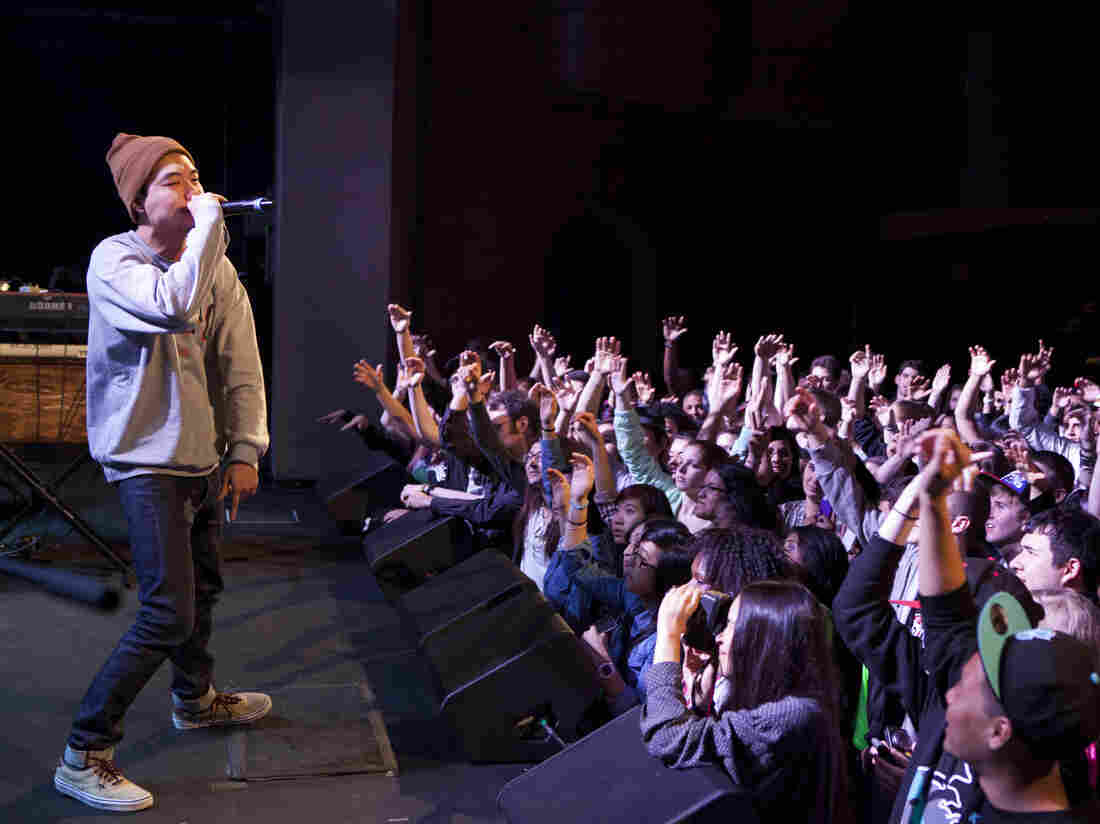 Dumbfoundead, born in South America to a Korean refugee who snuck him into United States, belongs to a generation of young Americans for whom hip-hop has been the dominant musical (and in many cases linguistic) idiom. In our inaugural essay, we wondered what cultural ownership might look like in a world wherein everyone is sampling and remixing each other. Lauren Rock/Lauren Rock for NPR hide caption 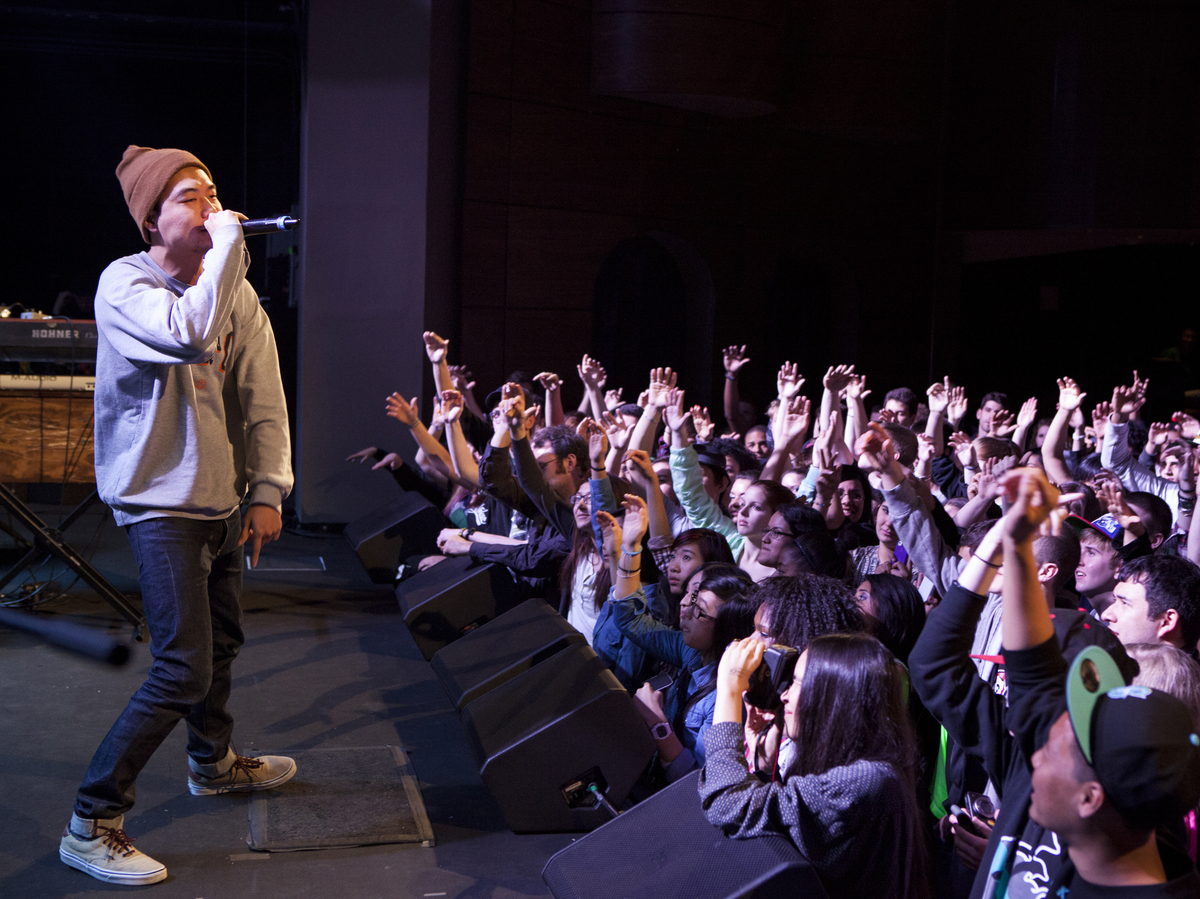 Dumbfoundead, born in South America to a Korean refugee who snuck him into United States, belongs to a generation of young Americans for whom hip-hop has been the dominant musical (and in many cases linguistic) idiom. In our inaugural essay, we wondered what cultural ownership might look like in a world wherein everyone is sampling and remixing each other.

Everyone else is doing their year-end lists, and we didn't want to be left out. The Code Switch crew compiled our favorite and best-received coverage from the past year: a novel revisiting of a pivotal year a half century ago; attending homecoming at a historically black college that is now nearly all-white; and rounding up some alternately hilarious and excruciating stories our readers told us about race.

When Our Kids Own America

America's seismic demographic shifts is upending life in our suburbs, cities and our popular culture. Young people are growing up in a post-hip-hop world, in which different elements of culture are sampled, borrowed and remixed. Our inaugural essay asked: What does cultural ownership look like in this transformed America? And why do we cling to the same stories to make sense of all these changes?

Twitter wasn't around 50 years ago, but what if it had been? Kat Chow undertook the Herculean project of "live-tweeting" the year 1963 — an annum which saw the "stand in the schoolhouse door," the March on Washington, the Kennedy assassination — as if it were happening in real-time, occasionally down to the minute. She combed through and linked to news reports from that year, resurfacing so many of the small, forgotten details that surrounded some of those momentous, history-altering events.

In another entry in our 1963 series, Hansi Lo Wang profiled Yuri Kochiyama, a former Japanese internee who met Malcolm X after a protest in late 1963. That encounter began a lengthy, unlikely correspondence that lasted until she cradled him in her arms moments after he was shot to death. But her activism for civil rights for people of color continued long after. 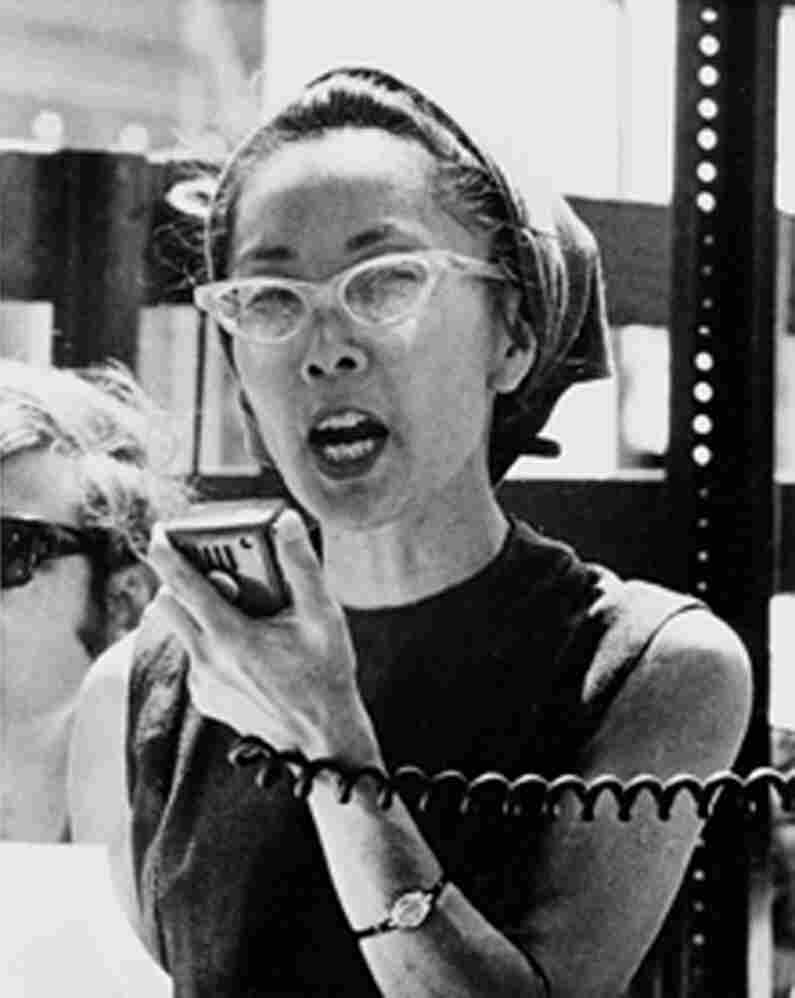 Like many Japanese-Americans, Yuri Kochiyama was place in an internment camp during World War II. She became an outspoken civil rights activist, and began an unlikely friendship with Malcolm X. Courtesy of the Kochiyama family/UCLA Asian American Studies Center hide caption 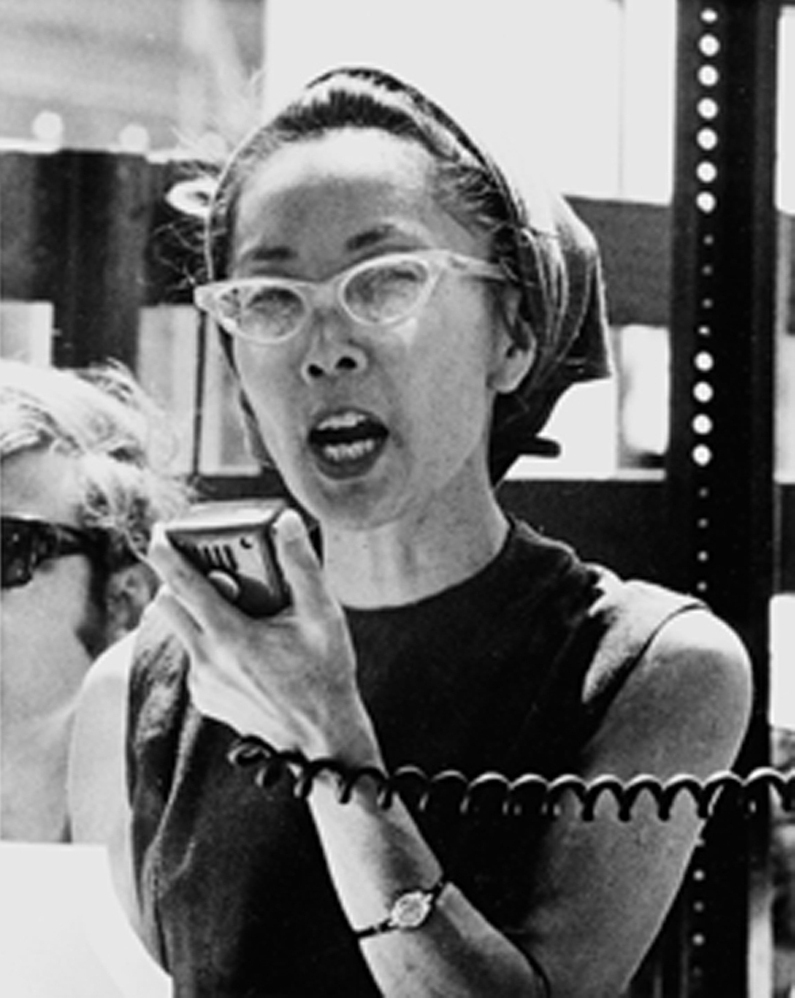 Like many Japanese-Americans, Yuri Kochiyama was place in an internment camp during World War II. She became an outspoken civil rights activist, and began an unlikely friendship with Malcolm X.

As part of our 1963 coverage, Karen Grigsby Bates revisited the story of Viola Liuzzo, a white Detroit woman who was killed by the Ku Klux Klan as she tried to register voters in the South. Her death still hangs over her family, who have spent decades trying to clear Liuzzo's name from the ugly smears propagated about her by the FBI.

So is it hard to get used to campus life after growing up in the ghetto? Do you know you look like Lucy Liu? Where are you REALLY from? We asked Code Switch readers here on the blog and Twitter about the most bizarre, silly or frequently posed questions they get about their racial backgrounds. Some of the responses were so bizarre that they were hilarious, even if only in hindsight. Others were presumptuous to the point of offensiveness. Taken together, they were a reminder of the universality of the well-intentioned, bone-headed question.

Mapping Out The Four Major Aspects Of Bro-ness 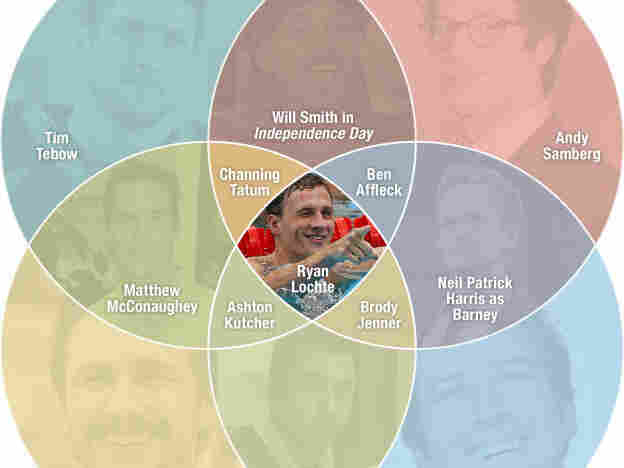 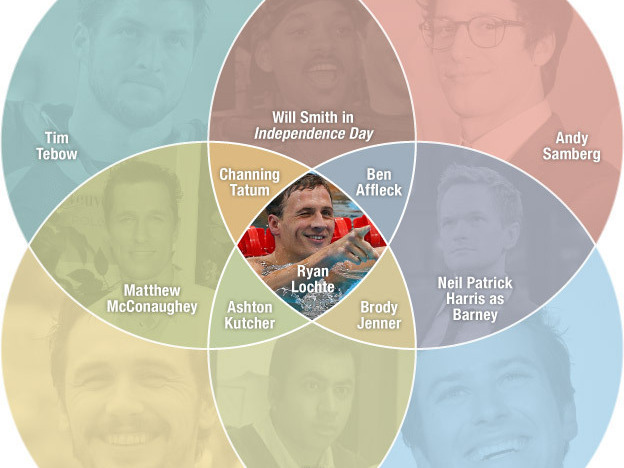 Our Venn diagram of the Bro universe.

What started as a semi-serious argument among the Code Switch team quickly became a Thing in the office. Can men of color be bros, those frayed-hat wearing fellows who delight in their dudeishness? We threw it out to The Twitterverse, and the Twitterverse responded: "Yes, of course!" "Nah, are you crazy?" "Ryan Lochte is part-Cuban!" In our never-ending efforts to illuminate and elucidate, we decided to sketch out a definitive taxonomy. Behold: the bro map.

What happens when a historically black college becomes nearly all white? That question hung over the annual homecoming events at Bluefield State University, a commuter college in southern West Virginia. For the younger, poorer white students trying to squeeze in classes between jobs and family duties, that history was like trivia. But the aging, middle-class black alumni who still make the trek to homecoming each year are pushing to keep that legacy alive — and to remind folks that the change to their alma mater didn't happen by accident.

Why did cannabis, a drug seen as generally harmless in the 1800s, morph in the popular imagination into marijuana, a dangerous narcotic that causes "delirium and death" in the 1900s? (And where does the word marijuana come from, anyway?) One common story goes that its recasting was racial, motivated by distrust of Mexican immigrants thought to use it. But Matt Thompson found that the real story about why pot has so many faces (and names) is a whole lot more complicated.

A New Life For An Old Slave Jail

A four-story, brick rowhouse in Alexandria, Va., that now houses a local Urban League office was once the slave jail for one of the largest slave-trading firms in the country.

To baseball fans in Los Angeles, Yasiel Puig is a giant question mark. The Cuban defector's bat helped keep the Dodgers afloat for most of the year, but fans and commentators complained about what they saw as his churlishness. Shereen Marisol Meraji spent some time with the mercurial outfielder to find out what makes him tick, and found a reticent 22-year-old still adjusting to fame, fabulous wealth and life in a new society. 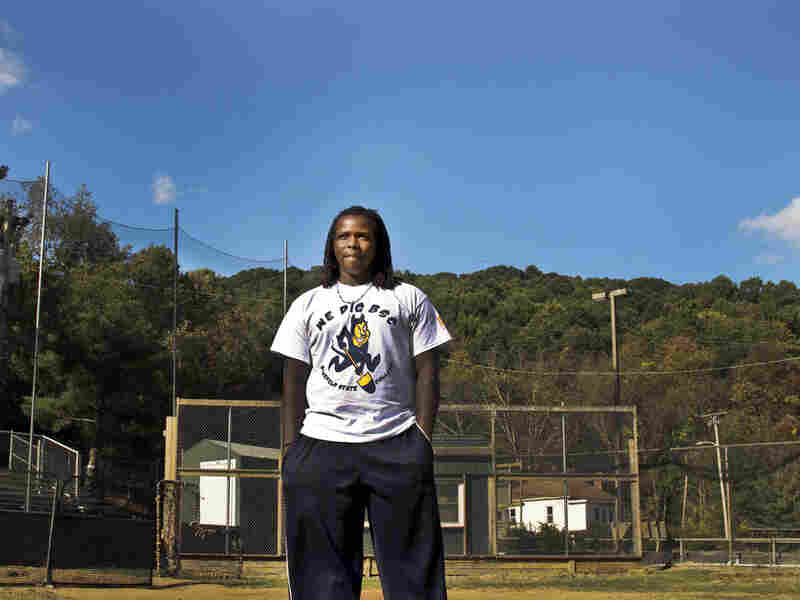 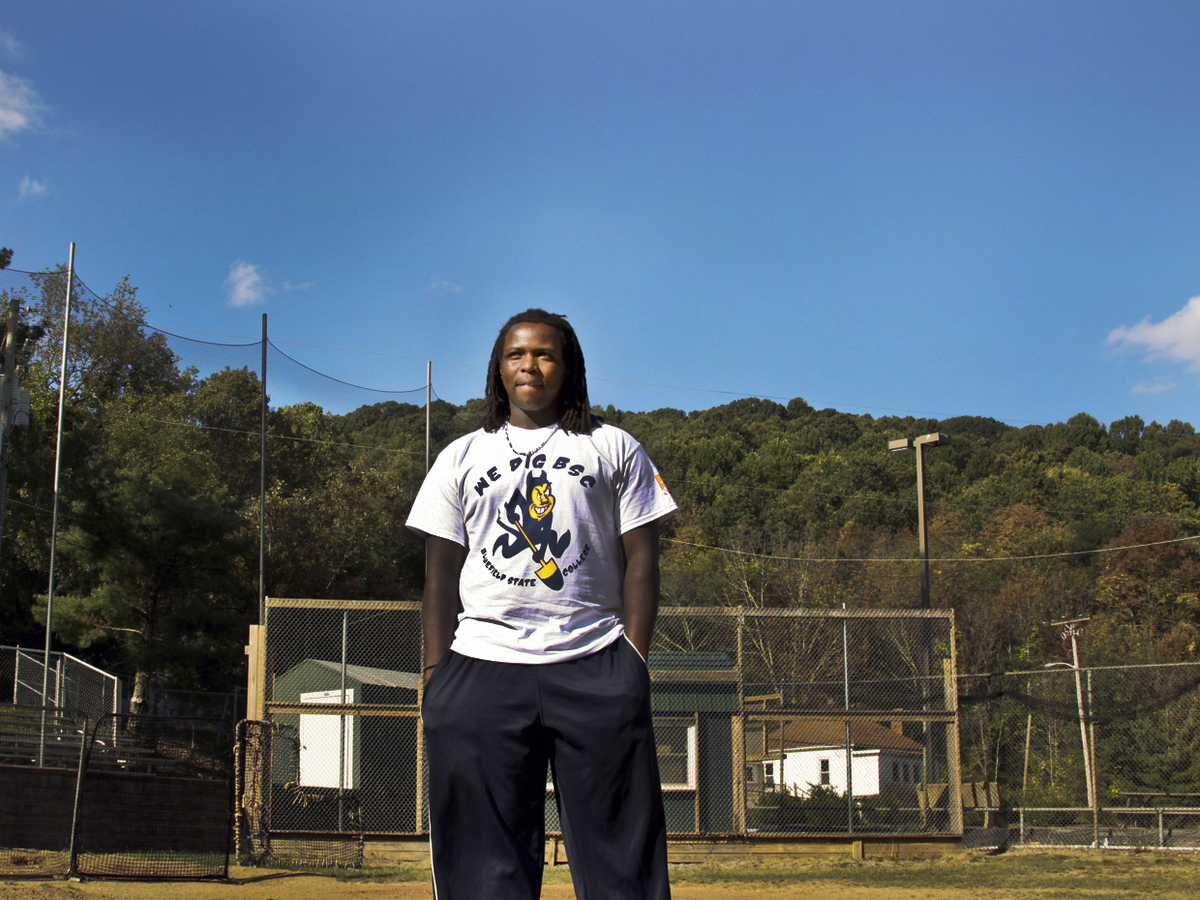 Whitey Bulger's conviction grabbed most of the headlines. But the trial of John "White Devil" Willis, a white man raised by a Chinese family in Boston who later became a Cantonese-speaking crime lord, drew attention to another corner of Beantown's underworld.

The 40-Year-Old Picture That Gives Us Reason To Smile

No entry on Code Switch got more eyeballs than the story about an old newspaper photo of five kids — three black, two white — that became a hit on social media in the days after the George Zimmerman verdict. "It makes me wonder. ... At what point do we begin to mistrust one another?" the photographer who took the photo mused. "I have always wondered what happened to these children. I wonder if they are still friends."

'The Muslims Are Coming!'

A documentary followed as a crew of Muslim-American comedians from different backgrounds hit the road to do standup in places considered unfriendly to their faith. Their goal was to change locals' hearts and minds through humor, but they also had to navigate their fellow believers who disapproved of their bawdy comedy.

In 'Django' And 'Lincoln,' Two Very Different Films About America's Racial Past

Guillermo Álvarez Guedes, who died in August, was a foul-mouthed comedian who filled 32 albums with politically incorrect jokes. Code Switch's Luis Clemens remembers listening as a kid with his mother to Guedes' humor — one way she could transmit Cuban culture in a form a teenage boy could embrace.