Accessibility links
Journalists — Of Color! — To Watch In 2014 : Code Switch Another list of "Journalists to Watch" was monochromatic. Here's a list of reporters, columnists and TV hosts who are poised to become pretty big deals in the new year. 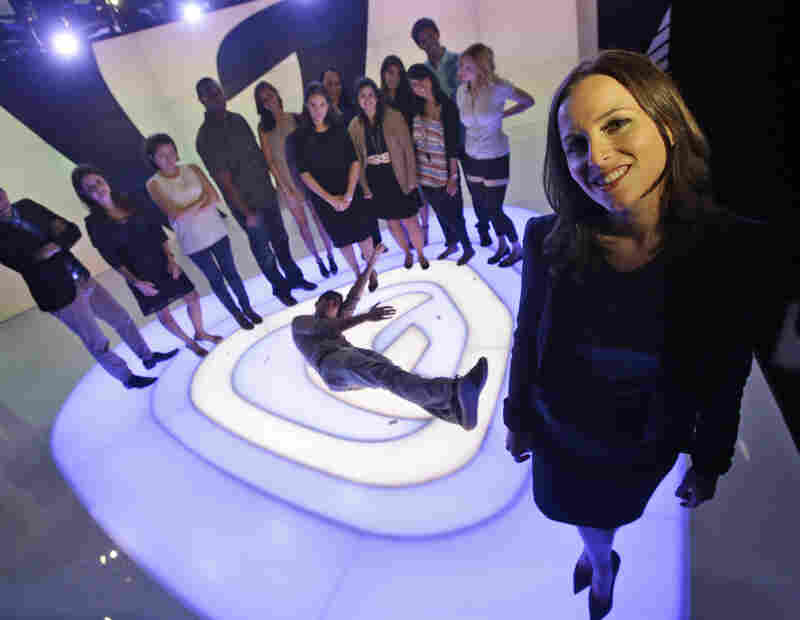 Fusion is gambling on Alicia Menendez, who has been a fixture on cable news but has never hosted a news show. Wilfredo Lee/AP hide caption 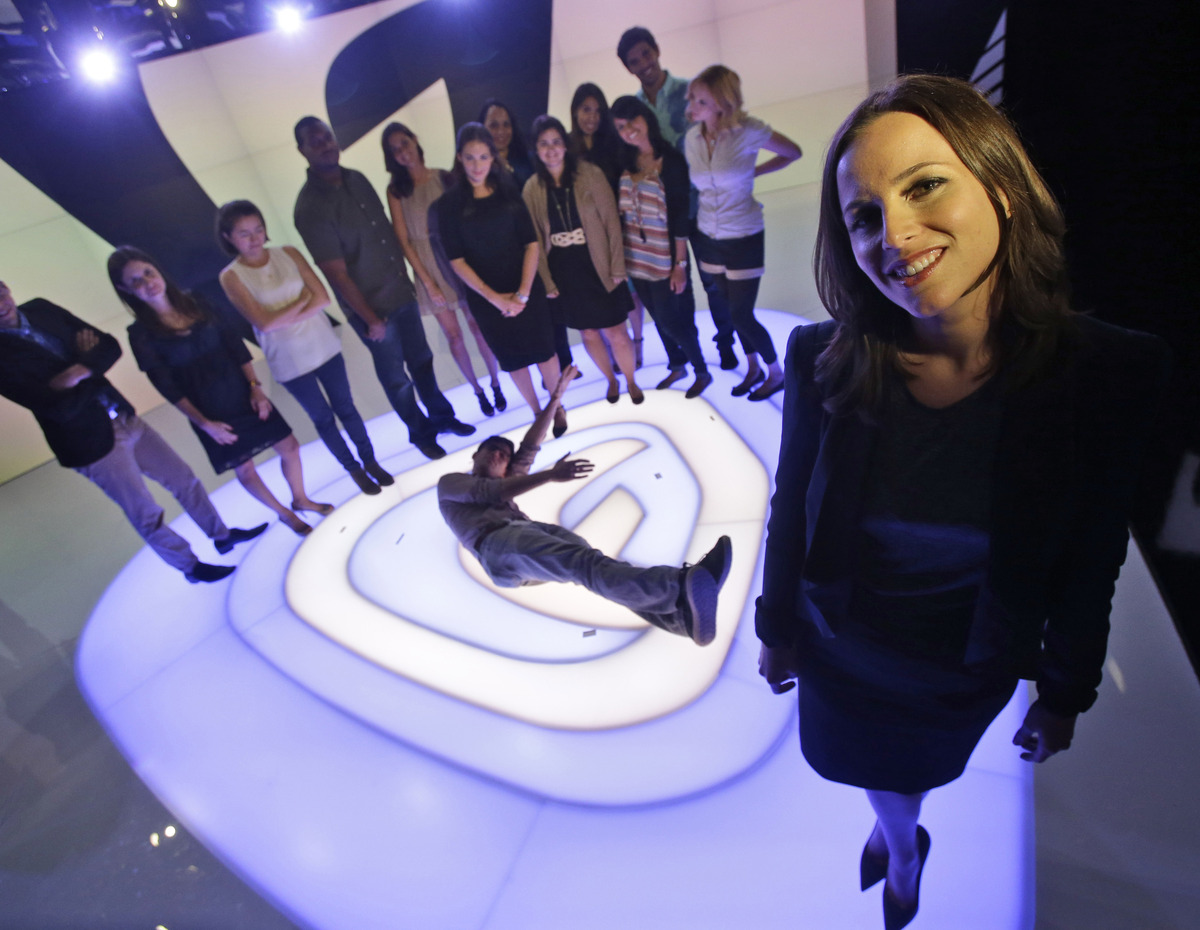 Fusion is gambling on Alicia Menendez, who has been a fixture on cable news but has never hosted a news show.

You can set your watch to it: If it's the end of the year, journalists are putting together their obligatory lists. And often when someone decides to cobble together a list of the "35 Blanks Under 35 To Watch For," the list is monochromatic. So it went with Politico's "10 Journalists to Watch in 2014," which boasted nary a single person of color.

Yes, these lists might seem trivial and appear to warrant nothing more than an alacritous side-eye. But influence and notoriety are tightly linked — you're notable and influential largely because notable, influential people declaim your notable-ness and influence.

So we decided to eschew the shade — Happy Holidays! — and play this differently. We chose to shed light on some journalists and media folks of color.

(Full disclosure: Journalism is a fairly small universe, and so many of us on the Code Switch team have some connection to at least one of the reporters listed below. In some cases, we've worked with them, edited their work or tried to hire them.)

The longtime reporter for the Miami Herald moved to The New York Times late last year, and she's already kicked up a lot of dust. Robles shone a light on the troubling record of Louis Scarcella, a decorated former New York City Police detective with a prolific arrest record whose suspects were convicted despite shoddy — and allegations of falsified — investigations. (Among other things, Scarcella used the same witness in several unrelated murder cases.) Robles' reporting resulted in the city opening an investigation into 50 of those convictions. (@FrancesRobles) 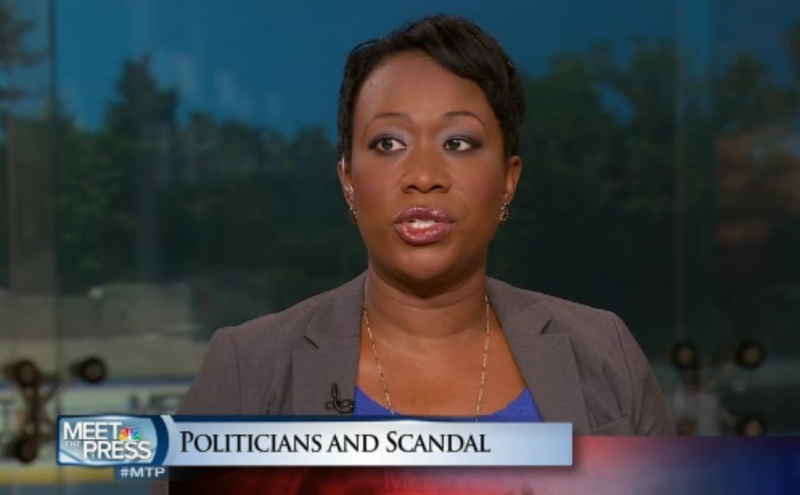 Joy-Ann Reid has been an ubiquitous media presence over the last year. In this screen shot from NBC News, Reid is a panelist on Meet the Press. Might her own cable news show be in the offing? NBC News hide caption

In her day job, she's the managing editor of The Grio. But the sharp, smart Reid has been all over your TV, as a panelist on Meet the Press and as a guest host for the popular Melissa Harris-Perry on MSNBC. Could 2014 be the year she gets a show of her own? (@TheReidReport)

Gay is an editor for The Rumpus and a regular for Salon who's become a reliable curator for conversations about race and gender in popular culture. We're also pretty amped about her debut novel, An Untamed State, which has been blurbed by the acclaimed novelist Edwidge Danticat and is due out in the spring. (@roxanegay)

Big media outlets have any number of economics and politics reporters, but there still aren't many reporters dedicated to covering race and ethnicity, which plays an equally consequential role in American life. It's a subject near and dear to Code Switch, obviously, so we were amped when The Times announced that one of its national correspondents, Tanzina Vega, was going to focus on it. (Jump on in, Tanzina! The water's ... incredibly complicated!) The Gray Lady still wields a lot of influence in the mainstreaming of ideas, so it's likely the work Vega produces will give a wider airing to the kinds of stories that legacy institutions so often miss. (@tanzinavega)

"Slumped against a wall, cold and immobile, Lehman recalls men who recited Scripture calling him a wimp. And he thought: Maybe, if I die here, someone will shut this place down. Not in Florida."

That's from the opening of Zayas' three-part investigation into several unlicensed Christian group homes in Florida that routinely abused their charges, but were protected from state oversight due to a religious exemption. The series set off ripples throughout the state — and nearly won her a Pulitzer. Her trophy case is already pretty full, though: This year she won the Livingston Award, given to promising young journalists under the age of 35, and the Selden Ring Award for Investigative Reporting. (@AlexandraZayas)

She's guest-hosted on The View and been a regular on the cable talking-head circuit. But The Washington Post sketched out the new, high-profile stakes for Menendez and for Fusion, the new network aimed at young Latinos that recently gave her her own show. "Her success would be an affirmation of the network's unconventionality; her failure a sign for the naysayers of its recklessness," the paper wrote. No pressure there. (@AliciaMenendez)

She's been patient zero for a number of jokey trending hashtags on Twitter, and so maybe the gig she landed at BuzzFeed this year was something of an inevitability. But her snark is offset by some bracing candor, like this essay on caring for her grandmother suffering with Alzheimer's. (@brokeymcpoverty)

Elise is family, but hear us out. She's been flooding the zone — on air, via podcast and in digital ink — covering technology and society, two big concepts that are increasingly hard to distinguish. She likes to joke that she once won an award for TV reporters who can also write. But the fact is, she's a damn good writer. And she'd probably be on this list anyway. (@elisewho)

We're not pretending this is all-inclusive, and yeah, we realize everyone on this list is a woman. So share with us here and at @NPRCodeSwitch and the hashtag #POCJournos about who else you think is deserving of a shout-out. We'll add them to our Twitter list here.