Accessibility links
Films With Black Actors, Directors Go To 11 In 2013 : Code Switch This year's 11 top-grossing films starring black actors and by black directors almost doubles the number of last year's slate of comparable films. Industry watchers say Hollywood needs a stronger infrastructure of support for black filmmakers to sustain this level of racial diversity on and off the screen. 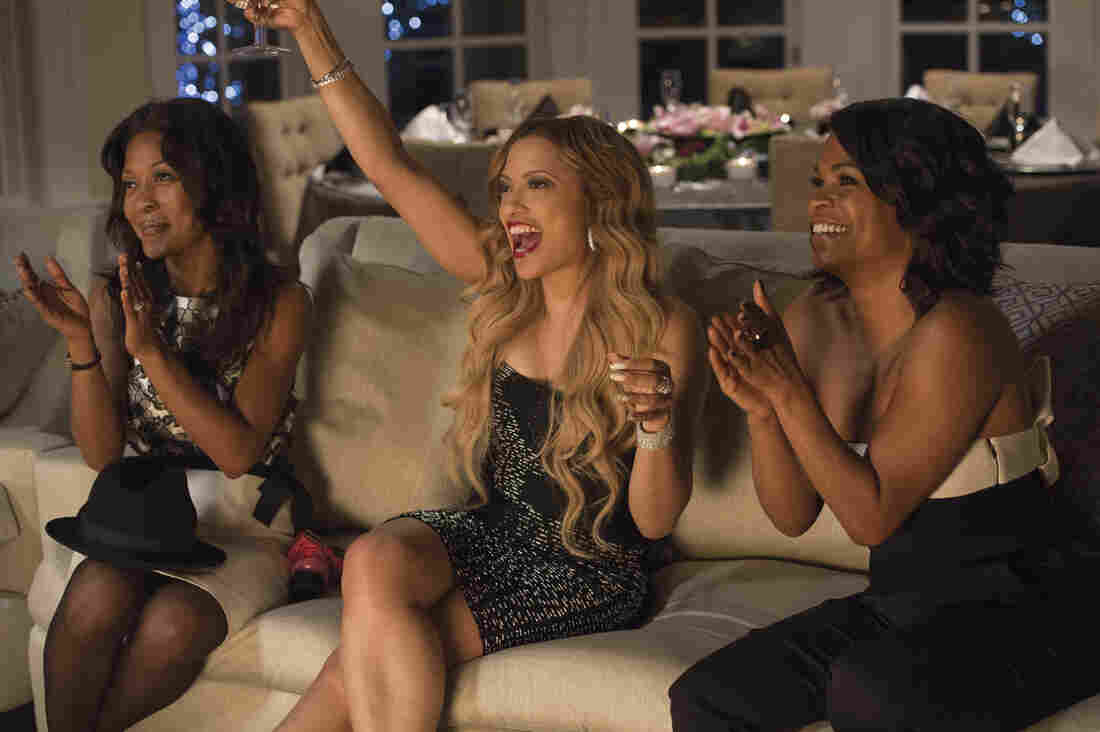 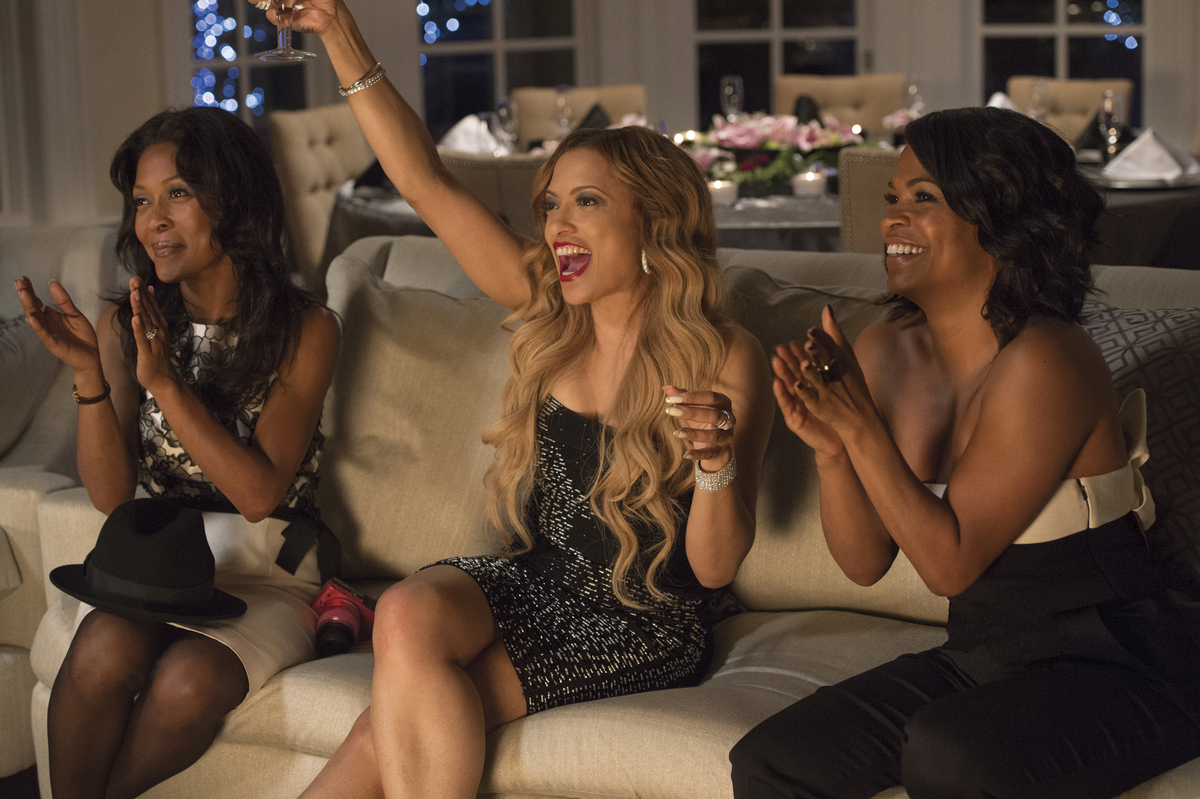 As we near the end of 2013, NPR is taking a look at the numbers that tell the story of this year — numbers that, if you really understand them, give insight into the world we're living in, right now. You'll hear the stories behind numbers ranging from zero to 1 trillion.

When it comes to race and film, the number of the year is 11.

I started the count recently at a movie theater just outside Washington, D.C., where I met Kahlila Liverpool. We were there for a movie and a meal with the D.C. Black Film and Media Club, a local Meetup group that attends screenings of films featuring black actors and by black directors. 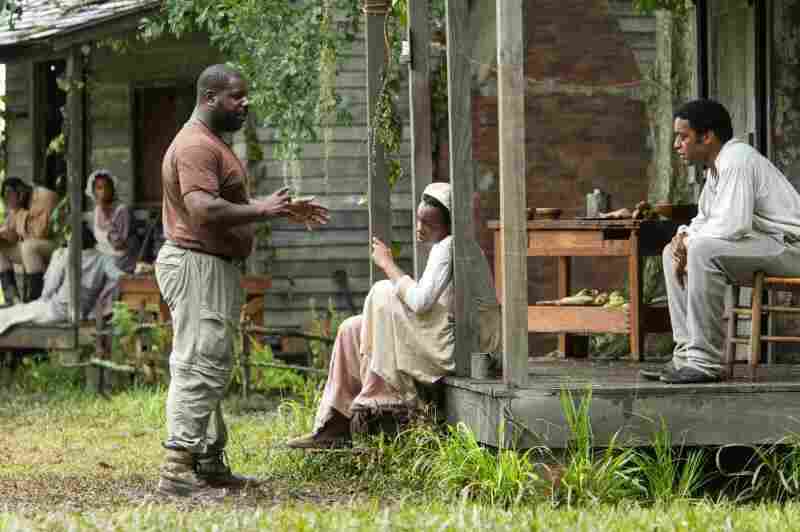 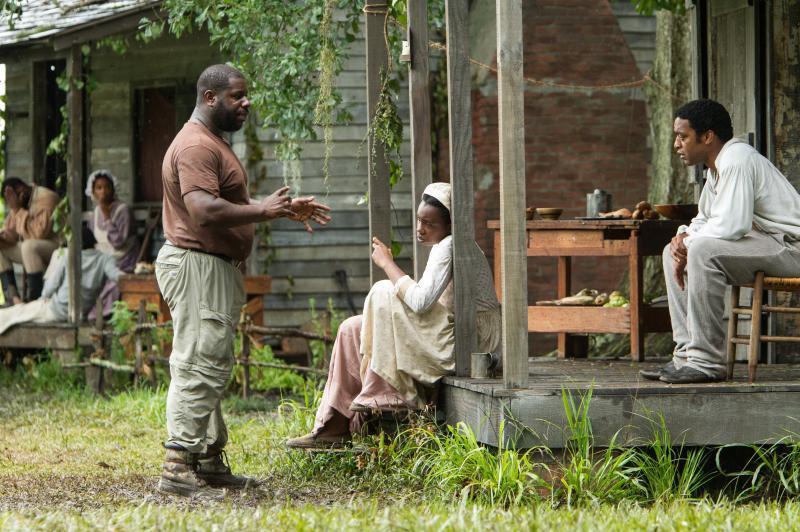 Director Steve McQueen works with his cast on the 12 Years a Slave set.

Liverpool and I bought tickets to see Black Nativity, but there were three other films starring black actors and by black directors listed above the box office at the multiplex.

This year's list, though, goes on to include a total of eleven films, each grossing from about half a million dollars to more than $100 million. It's almost double the number of last year's group of comparable films, and it comes after perennial criticism of Hollywood's lack of roles for black talent on and off screen.

"I was surprised at how many black films were out this year," Liverpool said. "I told one of my friends in California, 'Oh, my gosh! There's tons of black movies out! Did you notice that?' "

Moviegoers and critics have also noticed the range of this year's 11 films that shatter the stereotype of "black film."

They span the gamut of genres, from Oscar bait introducing audiences to untold historical epics (12 Years a Slave and Lee Daniels' The Butler) and smaller dramas about urban life (Fruitvale Station, The Inevitable Defeat of Mister and Pete) and marital infidelity (Temptation: Confessions of a Marriage Counselor), to a Christmas musical (Black Nativity), plus romantic comedies (The Best Man Holiday, Baggage Claim and Peeples) and more straight-up comedies (Kevin Hart: Let Me Explain and Tyler Perry's A Madea Christmas).

(Besides the top-grossing 11, there were also smaller films starring black actors, by black directors, that received shorter theatrical runs, including Andrew Dosunmu's Mother of George and Sheldon Candis' LUV. A number of this year's films by black directors, such as Spike Lee's Oldboy and Antoine Fuqua's Olympus Has Fallen, featured white actors in leading roles. Black actors also had a number of leading roles in films directed by white and Asian-American directors, including Mandela: Long Walk to Freedom, 42 and After Earth.)

Filmmaker Reginald Hudlin, a producer for Django Unchained who wrote and directed the 1990 hit House Party, says he's not all that surprised by this year's long list of films.

"There's a number of market forces that all came together and made something possible," he explains. "The most important thing about Hollywood is that it works on historical precedent." 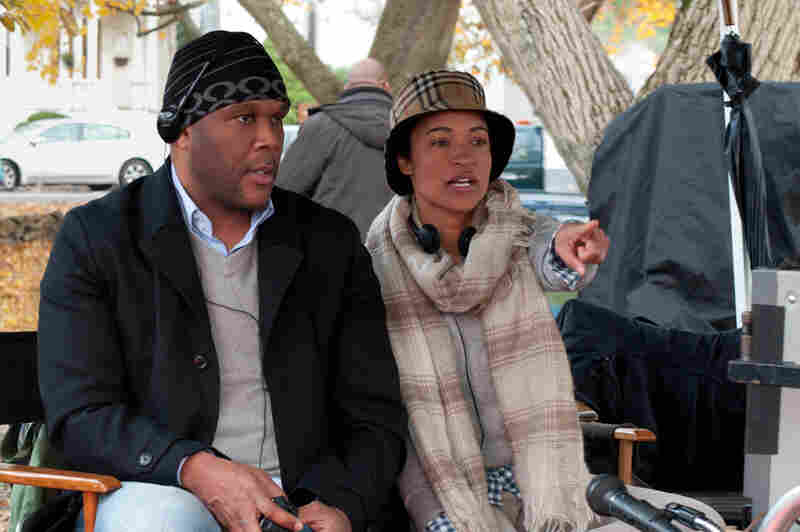 Writer-director Tina Gordon Chism sits on the set of Peeples with producer Tyler Perry, who also wrote and directed Temptation and A Madea Christmas this year. Nicole Rivelli/Lionsgate hide caption 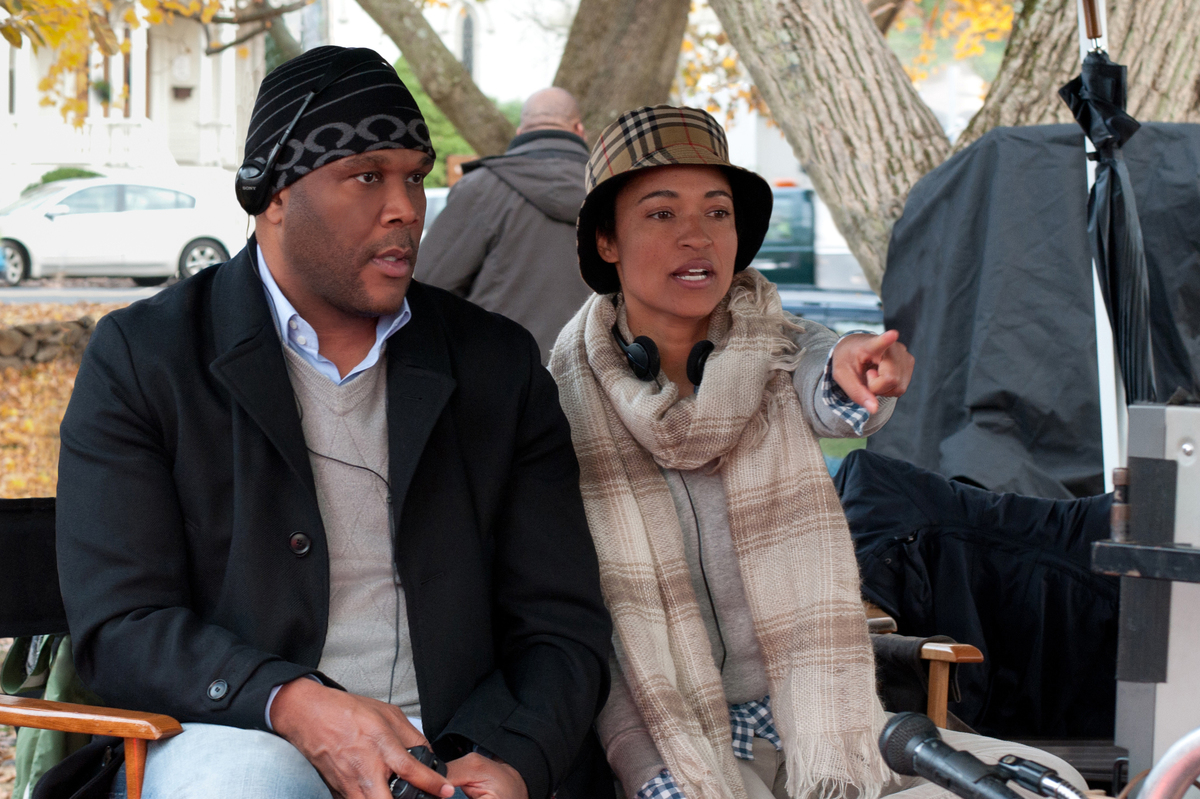 Writer-director Tina Gordon Chism sits on the set of Peeples with producer Tyler Perry, who also wrote and directed Temptation and A Madea Christmas this year.

In recent years, that precedent has been set by successful black filmmakers like Tyler Perry, whose films have consistently raked in tens of millions of dollars at the box office.

But he warns that this year's crop of films follows a traditional boom-and-bust cycle in Hollywood.

For Hudlin, it all seemed to add up to a turning point. 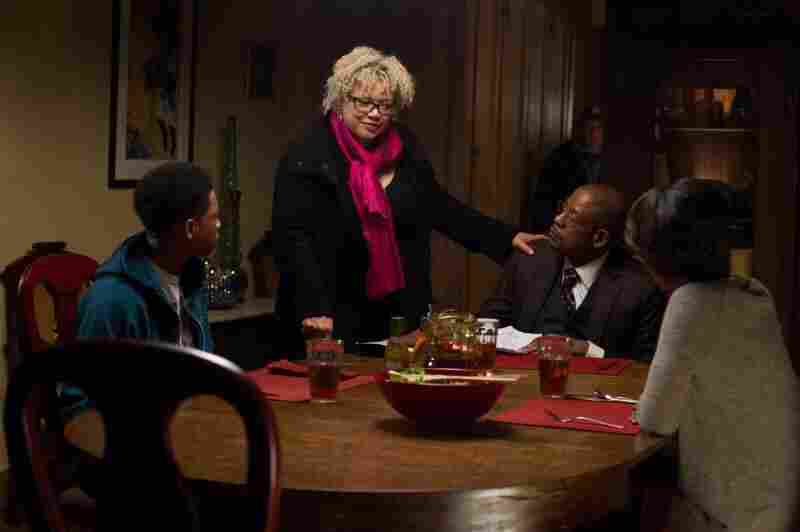 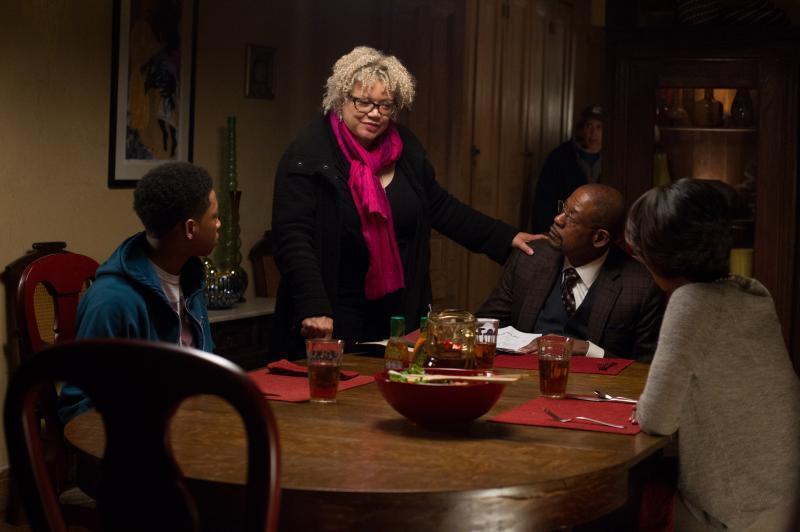 Kasi Lemmons directs a scene for Black Nativity, one of two films this year starring black actors by a female director.

That era can be kept alive with a more solid infrastructure of support in Hollywood, according to Wesley Morris, a film critic for Grantland who has seen all 11 of this year's films.

Only one of them — Universal Pictures' The Best Man Holiday — was produced by a major Hollywood studio.

Back at the movie theater, Liverpool, who is African-American, told me that seeing more black actors in films by black directors provides not just more entertainment options, but also personal affirmation.

"It's really important to validate my experience and see some of my experiences portrayed on screen," she said.

Still, what Liverpool doesn't see enough of on screen is black women in leading roles.

Only three of this year's top 11 films starring black actors, by black directors were carried by a lead female role. Of the three, one was played by the writer-director-producer of Tyler Perry's A Madea Christmas — himself.