Accessibility links
MSNBC Host Apologizes For Comments About Mitt Romney's Grandson : Code Switch On a segment of the Melissa Harris-Perry Show, panelists captioned a photo of Romney's family, which included his adopted grandson. Cue the jokes, the Internet backlash and the apology. 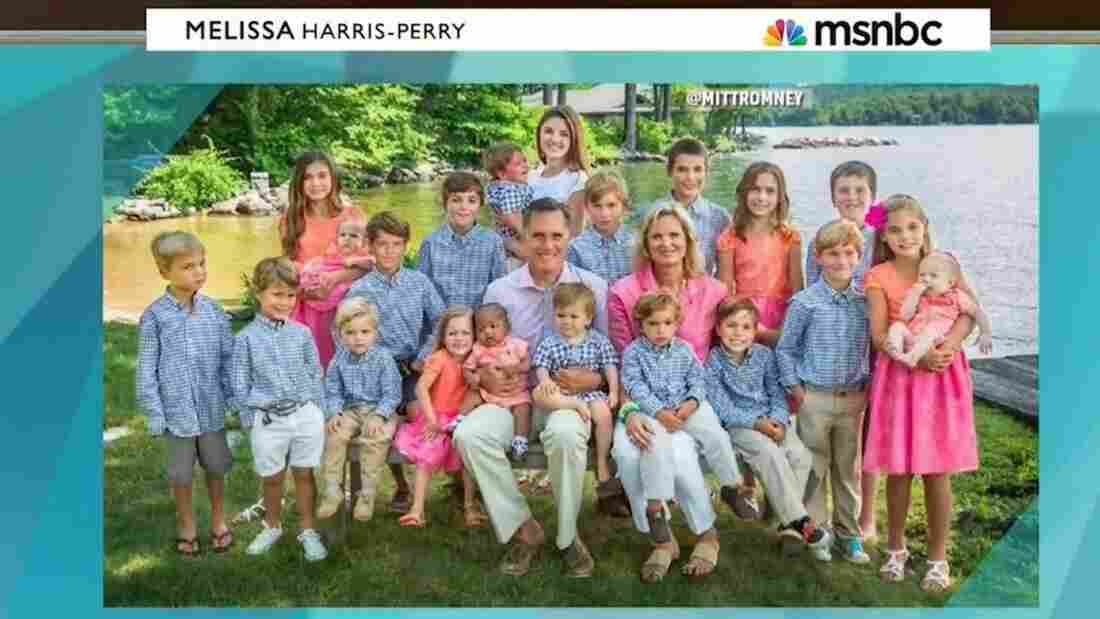 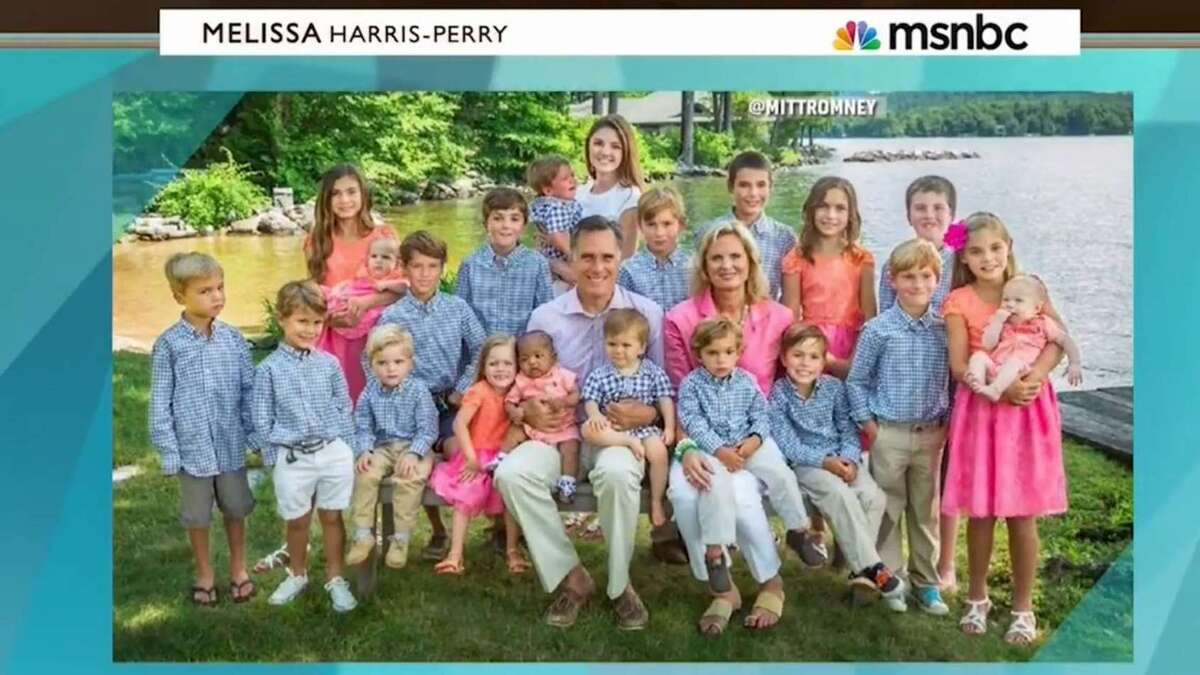 Melissa Harris-Perry, host of an MSNBC weekend show, apologized on Tuesday for comments she and her panelists recently made. On Sunday, Harris-Perry had her guests — a group of comedians — caption a photo of Mitt Romney's family, which included Romney's adopted grandchild.

"And of course, there on Gov. Romney's knee is his adopted grandson, who is an African-American, adopted African-American child, Kieran Romney. Any captions for this one?" Harris-Perry asked her guests. (Here's the entire segment, in which the panelists caption other photos of the year.)

"I think that this picture is great. It really sums up the diversity of the Republican Party," Dean Obeidallah, a comedian, said. "The RNC — at the convention — they find the one black person."

"My goal is that in 2040, the biggest thing of the year will be the wedding between Kieran Romney and North West," Harris-Perry said. "Can you imagine Mitt Romney and Kanye West as in-laws?"

Harris-Perry came under fire, with Sarah Palin calling the segment "despicable." Folks called Harris-Perry "wildly inappropriate," among other things, demanding she apologize for mocking Romney's adopted grandson. On Tuesday morning, Harris-Perry apologized in a string of tweets and a post on MSNBC.com.

I am sorry. Without reservation or qualification. I apologize to the Romney family. #MHPapology

I work by guiding principle that those who offend do not have the right to tell those they hurt that they r wrong for hurting. #MHPapology

Therefore, while I meant no offense, I want to immediately apologize to the Romney family for hurting them. #MHPapology

I apologize to all families built on loving transracial adoptions who feel I degraded their lives or choices. #MHPapology

This, too, garnered criticism, with people latching on to #MHPapology to criticize Harris-Perry's use of Twitter and a hashtag in her apology, questioning its sincerity. "Without question she is unprofessional," one person tweeted, calling her hashtag "self-important."

Harris-Perry, a professor and author, has previously written about her own family's history of Mormonism:

"My maternal line are Mormons. My grandfather's mother immigrated from Sweden with her two siblings after her widowed mother was converted by Mormon missionaries. My great-grandfather's father came to America as a 19-year-old from England following the Latter Day Saints to Utah. My immigrant ancestors pushed hand carts across the American West during the Mormon expulsion and I even have a maternal great-great grandfather who was imprisoned for polygamy. When he married multiple wives the practice was legal in the Utah territory. But when Utah entered the Union in 1896, his plural [marriages] became illegal. Despite these laws, great grandfather Cooper refused to abandon his family. He served time in prison as a result. My own mother, though she left the Mormon church as an adult, was raised as a Mormon and attended Brigham Young University, graduating in 1965."