Accessibility links
Decades Later, Desegregation Still On The Docket In Little Rock : Code Switch Since the violent 1957 standoff over the integration of Central High School, federal courts have been involved in Little Rock school affairs. Now a deal by the state, school districts and lawyers representing black students could end that oversight. 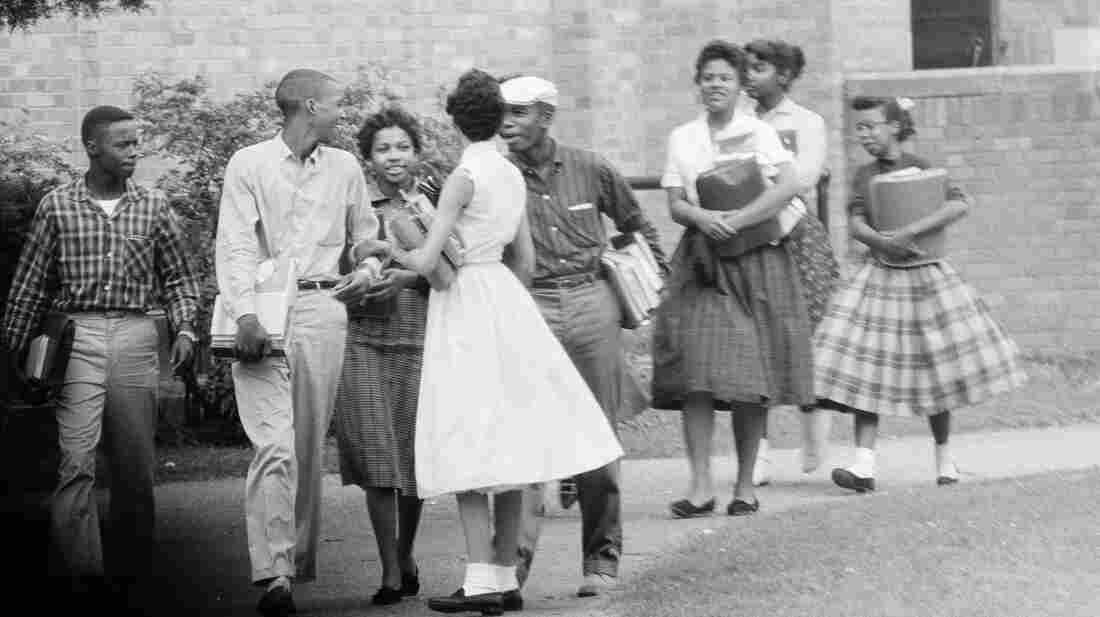 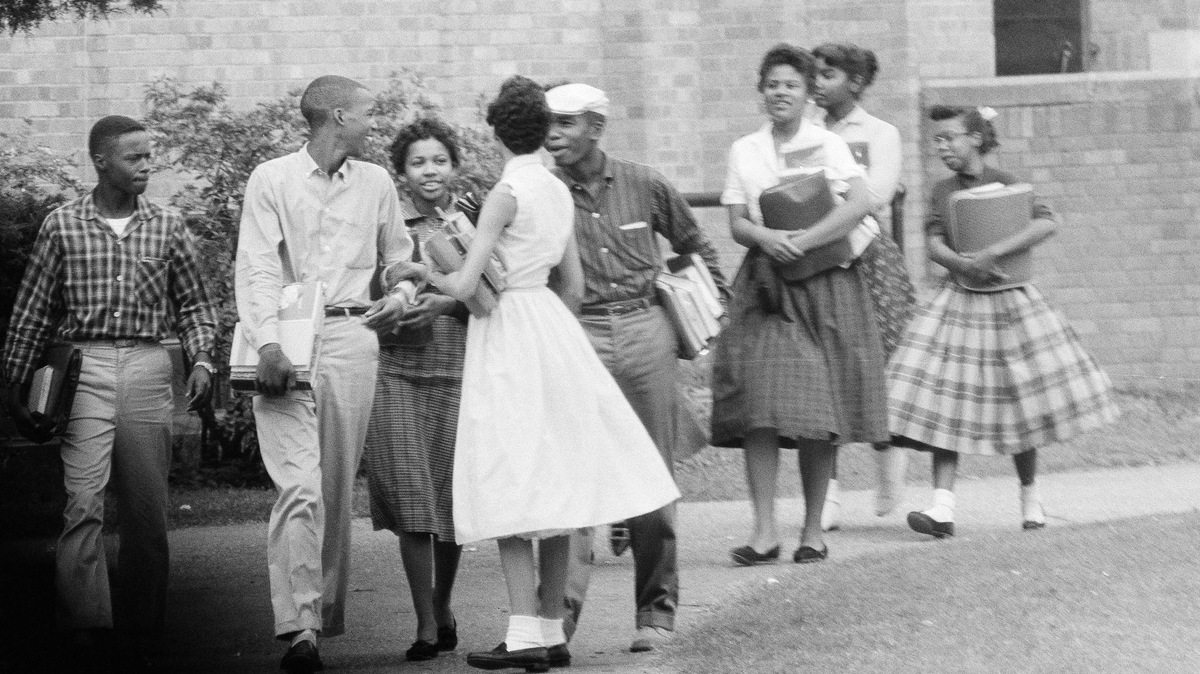 In Little Rock, Ark., on Monday, a federal judge is considering a deal that would end one of the longest-running and most notorious school desegregation cases in the country. The state, its largest school districts and lawyers representing black students have agreed to settle a complex lawsuit over unequal education.

Little Rock has long been the symbol of the South's violent reaction to Brown v. Board of Education, the 1954 Supreme Court ruling that declared school segregation unconstitutional.

In 1957, nine black students who tried to integrate Central High School were met by an angry white crowd.

President Eisenhower sent federal troops to force integration back then. Just about ever since, federal courts have been involved in Little Rock school affairs. That oversight is poised to end pending Monday's hearing before U.S. District Judge D. Price Marshall.

"It is the last sequel in a lineage of cases going back nearly 60 years," says longtime political columnist Ernie Dumas. He says this moment is symbolic for the country in that it's a measure of the success of Brown v. Board.

"The Supreme Court said at the time that you've got to desegregate and end these disparities and take us forward to a glorious day when education will be equal for all Americans," Dumas says. "As we know, in Little Rock and the rest of the South and the rest of the country, it hasn't really happened quite that way."

What happened instead was white flight from cities, so that by the 1980s, new, affluent and mostly white suburban schools developed in a ring around Little Rock.

"We could not continue to have any level of integrated education, racial or socioeconomic," says attorney Chris Heller, who has represented the city school district for more than 30 years.

Little Rock sued the state and the districts around it for maintaining a segregated education system. Court-ordered remedies expanded the district's boundaries to catch some white flight, and established inter-district transfers and magnet schools. The state picked up much of the tab.

If the judge approves, the settlement would phase out those programs and the state's $70 million-a-year payments, even though the makeup of Little Rock schools hasn't changed much. It's about 66 percent black, and more than 70 percent of students get free or reduced-priced lunches.

"This is not a joyful day for African-American people in America," says attorney John Walker, who represents black students in the Little Rock desegregation case.

He acknowledges there have been pockets of progress in Little Rock, which has retained more white students than other Southern cities. But Walker says the state has not lived up to its constitutional obligation to provide an equal educational opportunity.

"The only thing that's been achieved here is that the laws are gone," Walker says. "There's nothing that overtly allows students to be segregated ... on the basis of race."

Walker says the legal system of segregation has been replaced by a defacto system.

Arkansas Attorney General Dustin McDaniel pushed for the settlement. He argues that the desegregation case itself sparked a new wave of public school flight.

"If there's one thing we know about parents it's that they're nervous about putting their kids into schools where there's ongoing turmoil, uncertainty, litigation [and] tension," says McDaniel. "They want to go where things are comfortable and certain and they're focused entirely on educating their kids rather than fighting their own financial or legal battles."

The federal judge is expected to approve the settlement. But one school district, in the county that surrounds Little Rock, will remain under the court's scrutiny.

The desegregation case has been a great safety net for students, he says, but can't solve the underlying issue: race.

"I have had a lot of people comment about their kids going to schools where black students are and not wanting to," Guess says. "And I believe that's still, unfortunately, a truth about human nature."

A truth, he says, that courts don't have the ability to change.