Accessibility links
Los Angeles Tries A New Approach To Discipline In Schools : Code Switch Zero-tolerance policies in public schools around the country have been criticized for prompting unnecessary suspensions and premature incarcerations. The Los Angeles Unified School Police is trying a new approach.

Los Angeles Tries A New Approach To Discipline In Schools

Los Angeles Tries A New Approach To Discipline In Schools 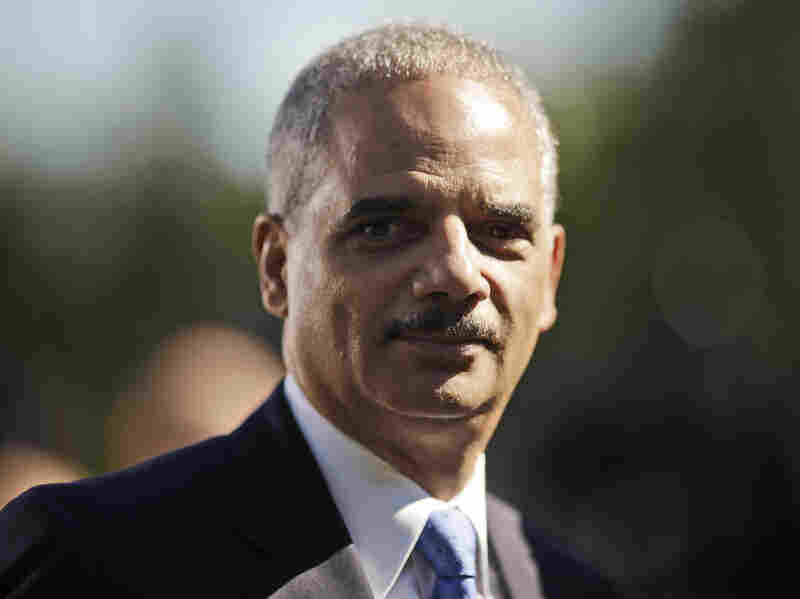 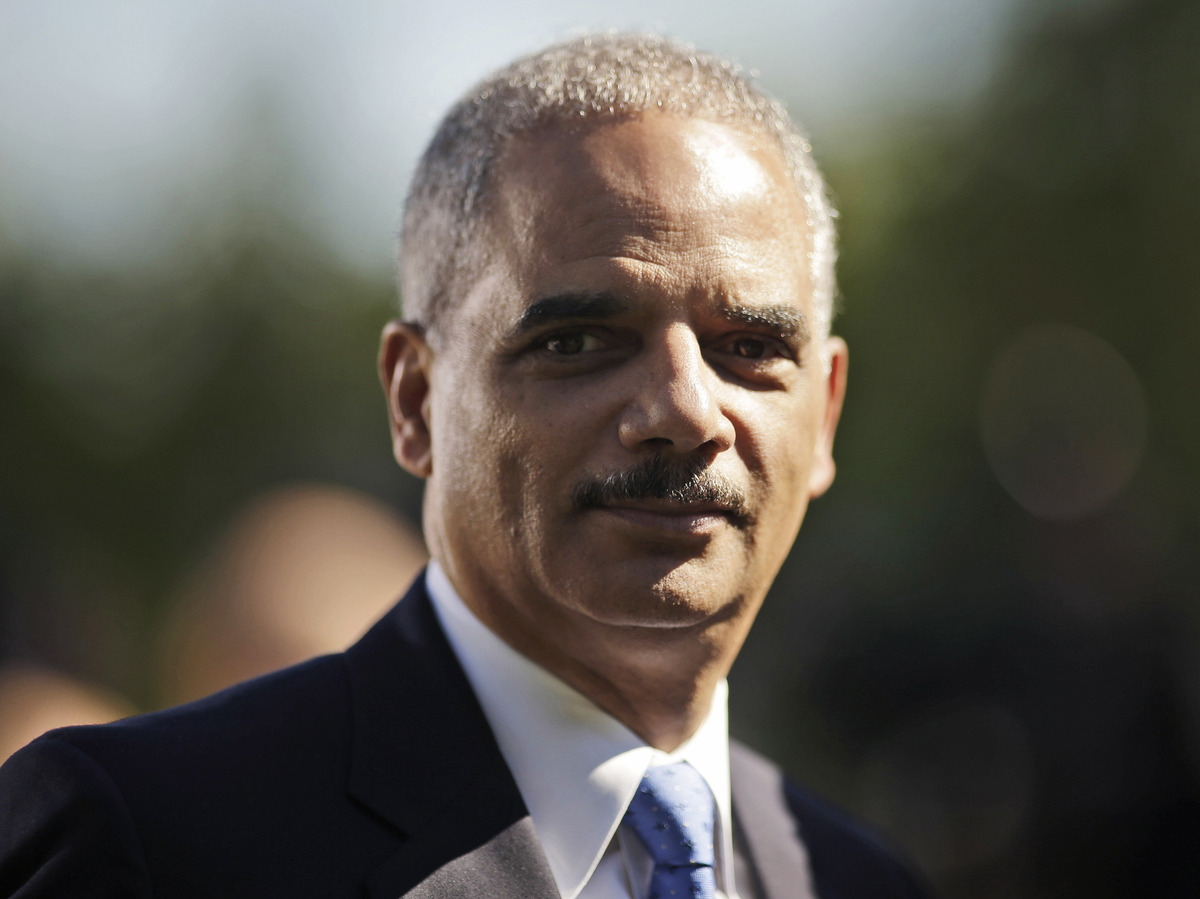 Attorney General Eric Holder presented yesterday the first national guidelines on school discipline. In this file photo from Oct. 2013 he attends the announcement of Jeh Johnson as the next Homeland Security Secretary.

Rosa Solache was fed up with getting teased every day before school, between classes, and even on the way home, so one day she punched her antagonist in the face.

"I was really sick of it and I had told the teacher, but no one was doing anything, so I said, 'What the heck, I'm going to take care of this by myself.'"

Solache was an eighth-grader at the time, 12 years old, and until that day, she says, "I had always been a good girl."

But despite her previously unblemished record at Belvedere Middle School in East Los Angeles, that brief skirmish, one she claims to have won, ended with a suspension, a ticket and a court date in front of a juvenile court judge.

"That day was kind of like the beginning of the end for me," she says looking back with all the wisdom of a high school senior.

It set off a self-destructive cycle that lasted for years.

The after-school fights became a standing appointment: "Everybody knew, we fought, like, once a month." Inevitably, she'd get busted by a teacher or the principal, the school police would get called in, and Solache, would get a new ticket and court date. Each incident banished her from the school for another handful days.

"It just felt like nothing mattered," Solache says. "It's not like I was going to go to college or anything, and I was already in the system."

Accounts like Solache's — of getting snagged by the criminal justice system at a tender age for an offense that was once in the purview of teachers and school administrators — have prompted the Los Angeles School Police Department to reverse zero-tolerance policies and take a less punitive approach to common misbehavior infractions for some middle and elementary school students.

And when Los Angeles students return to school from winter break on Monday, it will be the first semester students under the age of 13 will no longer be subject to school police citations and court appearances for minor offenses such as fighting, loitering, underage drinking, and defacing desks and walls.

By emphasizing restorative justice methods and counseling, the Los Angeles Unified School District (LAUSD) is at the forefront of the national movement to reduce harsh discipline tactics and eliminate zero-tolerance policies that lead to high drop-out rates.

This movement gathered force yesterday when the Obama Administration issued a public invitation for public school officials to reconsider the methods they use to discipline their students.

The departments of justice and education have offered a set of voluntary guidelines regarding school discipline. The new norms range from increased preparation in conflict resolution to more specific definitions of what really comprises a serious threat to student safety.

The Costs Of 'Zero-Tolerance'

Steven Zipperman, chief of the Los Angeles School Police Department, said that years of being on the job and working with young students have taught him, "that system just doesn't work."

"Over the last three years we've taken a hard look at some of the citations that have been written and I think we've realized that we could probably have a lot better results if we used those moments as 'teachable moments,' " he says.

Exacerbating the problem was the closure of the Juvenile Traffic Courts in June 2012, due to county budget cuts. Since then, ticketed students have been sent to probation officers.

"The problem with that is that sometimes that can take up to six months from the day of the incident... and that's just too long. Young kids can't connect the dots at that point so they don't learn any kind of lesson."

In the rare case that a school police officer encounters a situation under which the "learning objective cannot be accomplished," Zipperman says, the officer needs the permission of a supervisor to issue a citation.

The LA School Police Department - the largest school police force in the country — came under scrutiny by the U.S. Department of Education's Office of Civil Rights in 2011 for two reasons:

2. A disproportionate number of them went to African American and Latino students.

A deeper analysis of the the district's citation data revealed more than 40 percent of the total tickets were going to students between 12 to 14 years-old.

Since then, the department has enacted several new policies to drastically reduce those numbers. Most significantly, last year school police stopped giving truancy tickets. However, middle school students between the ages of 12 to 14 remain the most ticketed group.

Local civil rights activists who have long-been critical of the over-reliance on school police are thrilled with the recent shift in policy. But most argue it should extend to all middle school students.

"Using age as the cut-off creates a strange dynamic for kids who are in the same class," Zoe Rawson, an attorney with Community Rights Campaign, said in a phone call.

Rawson, who has worked closely with Zipperman and LAUSD administrators to curb the criminalization of Los Angeles students, says the new policy can be confusing to kids and inadvertently sets up a double standard.

Another shortcoming of the new rule, she adds, is it fails to "look at why police are concentrated in particular schools, in some communities over others, and how that results in such a huge racial disparity in these tickets."

"And when you consider the greatest concentration of school police officers are in South L.A. schools where those are the students, then it's not so surprising that they're the ones getting the tickets," Rawson said.

The example at LAUSD serves as an incentive for other school districts around the country, which had also been re-examining their disciplinary codes in an effort to boost graduation rates and stem the flow of ticketed students who end up incarcerated. The goal is for police action to be strictly a last recourse.

Rosa Solache says that should always be the case.

She's now on the straight and narrow. She hasn't been in a school fight in years and rolls her eyes at the thought of how it was once her go-to move for resolving conflict. She's much more interested in thinking about college - she's applied to several.

Solache says, "If that first time, somebody would have sat me down with that girl I used to fight with, and made us talk it out, then maybe I wouldn't have wasted so much time getting into trouble."