Accessibility links
Should NAACP Image Awards Only Go To African-Americans? : Code Switch The organization has unveiled its nominees for the 45th annual Image Awards, established to honor African-American performers who are often ignored by mainstream Hollywood. Some nominees are white, others of South-Asian or Latino heritage. NPR TV critic Eric Deggans wonders if that changes the meaning of the ceremony.

Should NAACP Image Awards Only Go To African-Americans?

Should NAACP Image Awards Only Go To African-Americans? 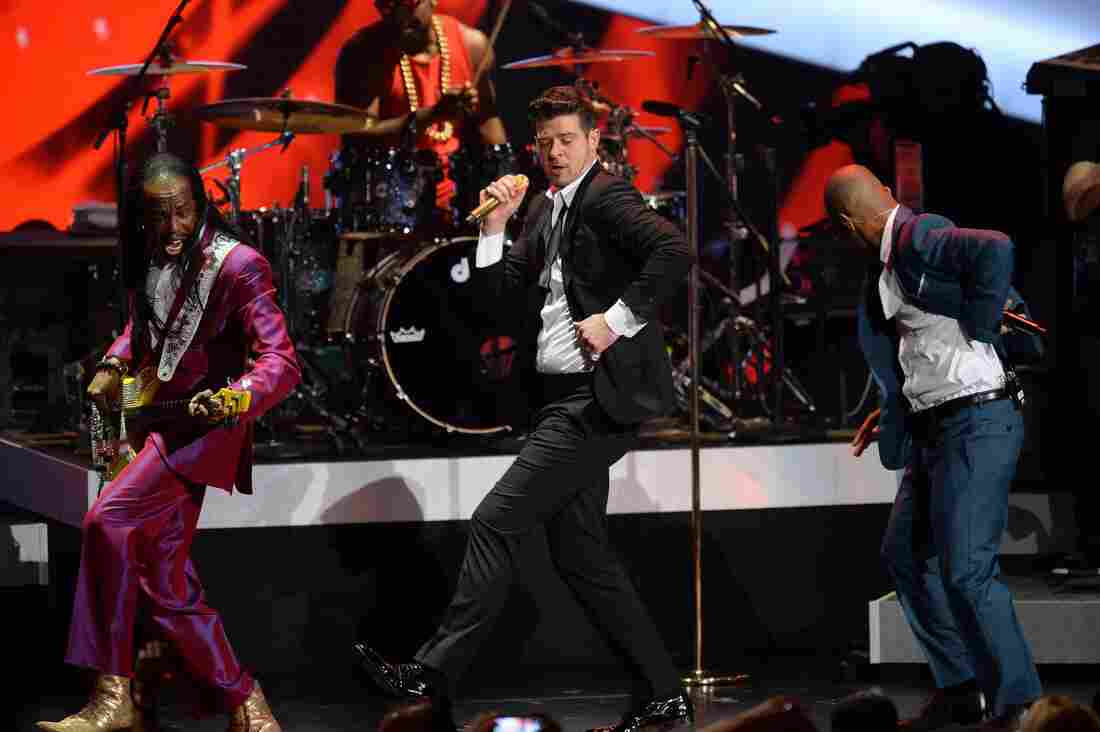 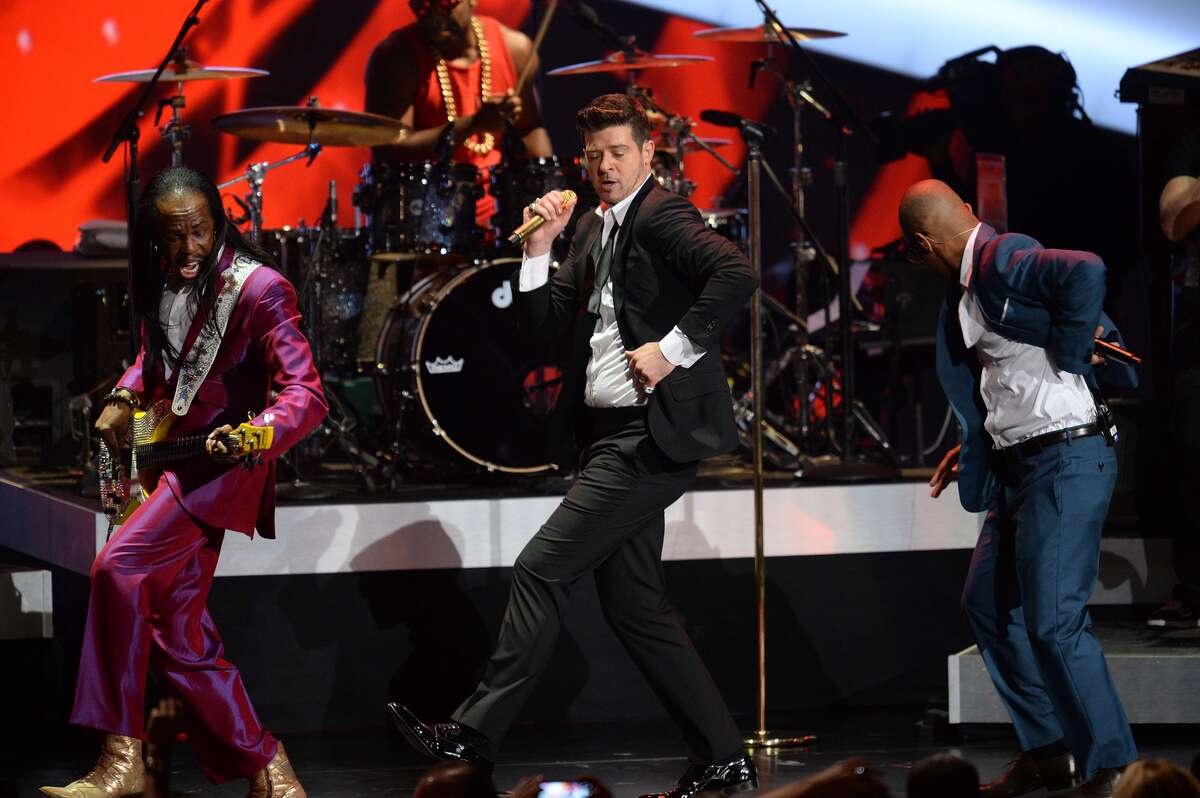 Robin Thicke, center, performs with Verdine White, left, and T.I. at The Grammy Nominations Concert Live!! in Los Angeles in December. Thicke is nominated for Outstanding Male Artist at the NAACP Image Awards this year.

Who should be eligible to receive an award from the National Association for the Advancement of Colored People? And if that definition becomes flexible, what does that do to the mission of the award itself?

That's a question worth asking as the NAACP Thursday unveiled a huge roster of nominees for its 45th annual Image Awards — a ceremony long thought to be a way to honor African-American performers who are often ignored by mainstream Hollywood awards contests.

As expected, the African-American-focused Black Entertainment Television earned the most TV nominations at 19, and longtime favorites such as LL Cool J, Shemar Moore, Angela Bassett and Kerry Washington were highlighted.

But nominations also included white performers, such as Justin Timberlake and Robin Thicke for Outstanding Male Artist, song and album.

In the TV categories, stars of South-Asian heritage — such as Archie Panjabi from The Good Wife and Mindy Kaling from The Mindy Project — were nominated for acting awards, alongside Latina Modern Family star Sofia Vergara. And some shows or films which have no African-American cast members, such as ABC's Modern Family or Dallas Buyers Club, are also nominated.

For quite a while, the "Colored People" in the NAACP's name was a reference to black people, using the term for American descendants of slaves common at the time of the group's founding in the early 1900s. According to the show's website, the Image Awards were founded in 1967 as a way for the group to support outstanding black artists who challenged stereotypes instead of echoing them.

Now, the Image Awards seem to have an expanded definition that includes non-white people in general or artists whose work is enjoyed by African-Americans (in years past, white actors such as Bryce Dallas Howard, Sandra Bullock and Emma Stone were nominated for Image Awards, leading to charges the group was hoping to get big-name movie stars to attend the ceremony).

The chairman of the Image Awards committee, Leonard James, told journalists Thursday that a group of 300 industry professionals and NAACP officials sorted through submissions for the award to pick five nominees in each category.

I discussed the nominations Friday on a show hosted by pundit Roland Martin for TV One, the black-centered cable channel which will air the ceremony announcing winners live on Feb. 22. And though Martin expressed some, um, significant doubts about Thicke and Timberlake as nominees, others noted that those artists have produced the most successful R&B singles of the past year. Should they be excluded from the awards at a time when there is so much cultural cross-pollination in music?

For me, the Image Awards highlight a challenge that every civil rights institution born in segregation and separation faces as mainstream society grows more diverse.

How do you make such institutions more inclusive without diluting their original purpose — particularly in an age where many TV awards programs are simply gussied-up variety shows, offering an excuse to show popular performers on camera?

The members of the NAACP will vote on the winners, giving us all one answer to that question.

But if Thicke or Timberlake actually win a major award, that may force many of us to consider if that's a step forward for diversity or a step back for an award initially intended to honor people of color unable to earn the attention and acclaim of white counterparts.