Accessibility links
Why The Race Of The New Football Coach At University Of Texas Matters : Code Switch Charlie Strong will be the first black head coach of any men's sport at the university. Despite having led an impressive career since 1986, he hasn't been a popular hire with some of Texas' billionaire boosters. But others testify to Strong's abilities and professionalism. 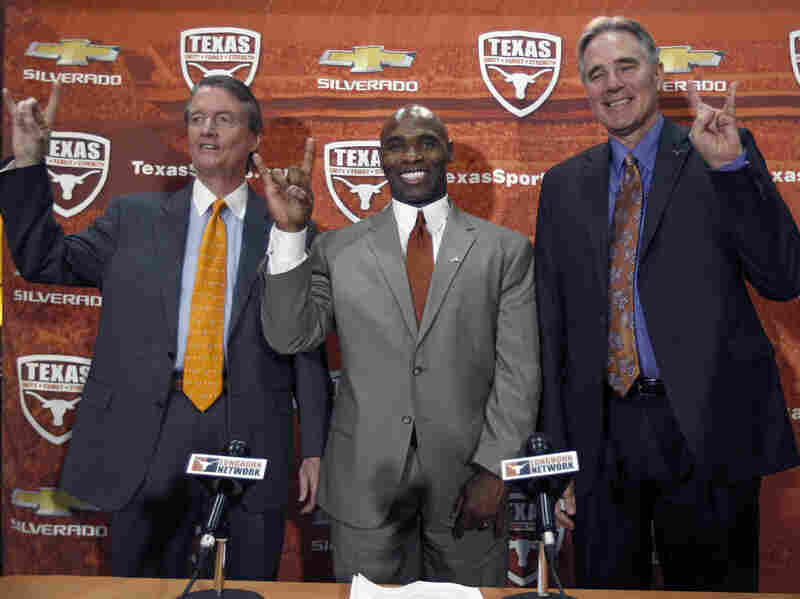 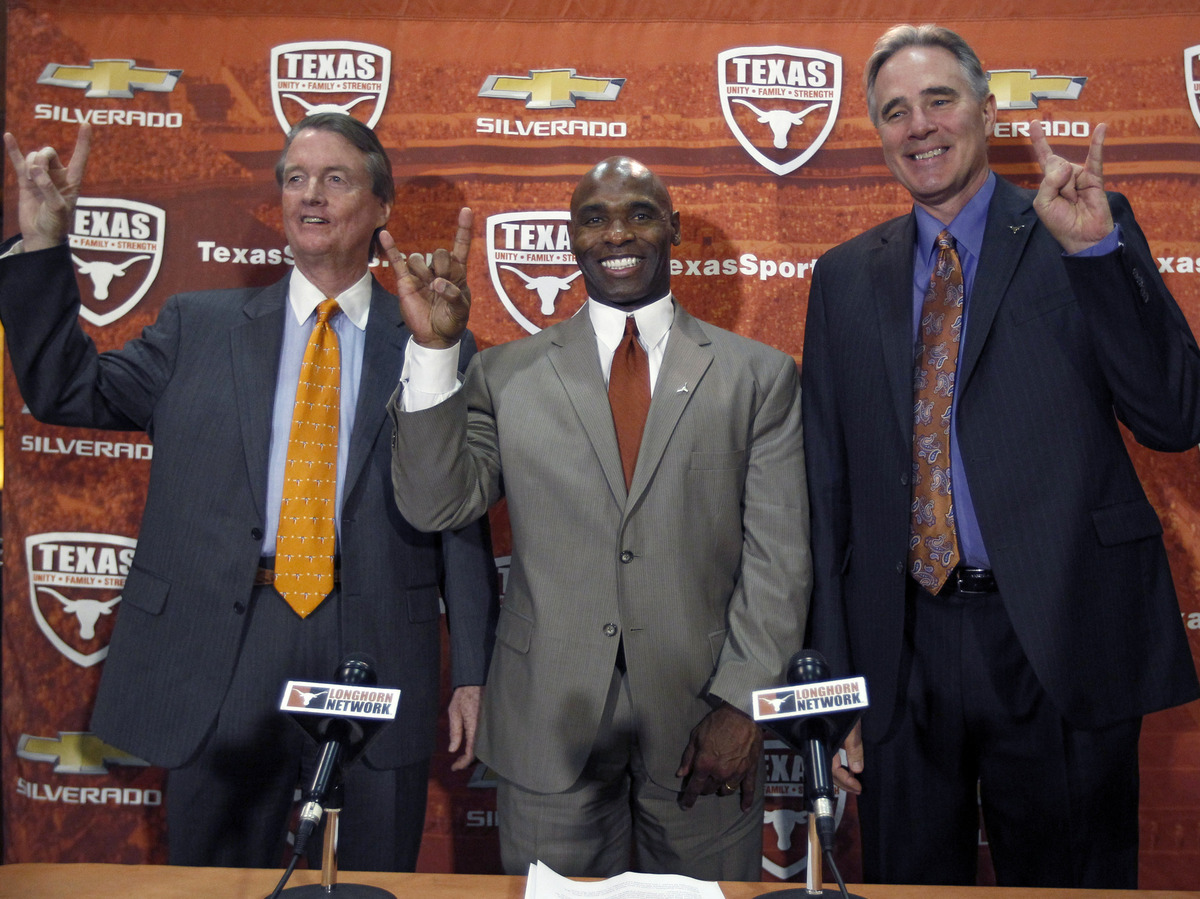 The University of Texas hired Charlie Strong last week to usher in a new era in Austin. He will be the first black head coach of any men's sport at the university.

Strong has not been a popular hire with some of Texas' billionaire boosters, despite having led an impressive career since 1986.

But Lou Holtz, who coached at Arkansas, Notre Dame and the University of South Carolina, among other places, testifies to Strong's abilities and professionalism.

"Well, I hired him initially at the University of Notre Dame as a defensive line coach," says Holtz. "He came to South Carolina as a defensive coordinator and did a tremendous job for us. ...He's a great football coach — has unbelievable rapport with his players. He's no-nonsense, yet at the same time he never criticizes the performer, but he will criticize the performance."

Strong was a rising star mentored by a College Football Hall of Fame coach, but he did not get a single head coaching offer. So in 2002, he went to the University of Florida as defensive coordinator.

"He really was the type of coach that he led by example. We would get in for morning workouts at five o'clock in the morning and he would have run about 15 miles around the city of Gainesville," says Fleming. "Coach Strong would know which buttons to push for each of those guys. Whether it was a guy you needed to jump down his throat, and slap him upside the head, and get him going and get him motivated, or if it was a guy you needed to pull aside and not try to embarrass him in front of his teammates. Coach Strong really does his research and really knows his players."

Race A Factor For Success

Strong was a popular coach, and his defenses were ferocious. He helped Florida win two national championships.

Still, as younger white coaches with nothing approaching Strong's resume got head coaching jobs, Strong was becoming the poster child for the ugly little secret of college football's premier division. In 2009 and pushing 50, he went public.

Mike Bianchi, who wrote the story for the Orlando Sentinel, says Strong's name was always mentioned for jobs, but despite being interviewed often, he was never hired.

"There was one particular school that he wouldn't name — it was an SEC school," says Bianchi. "After he interviewed for the job, he was told that he didn't get the job because he was a black man who had a white wife and they didn't think that would go over well in the South."

Snubbed by the Southeastern Conference, the University of Louisville came calling. Strong became the sixth black head coach in the 120-school Football Bowl Subdivision. And in four short years he turned the Cardinals into a powerhouse — the last two seasons going a combined 23-3.

In 2013, after Louisville whipped the University of Florida in the Sugar Bowl, Florida's head coach Will Muschamp said his more talented team had lost because he'd been outcoached by Strong.

Yet when the University of Texas announced his appointment last week, Strong was met with some backlash.

"I was a little bit stunned when Charlie was given that job. I don't have any doubt that Charlie is a fine coach," said McCombs. "I think he'd probably make a great position coach, maybe a coordinator, but I don't think it adds up."

Instead, University of Texas President Bill Powers and his new athletic director Steve Patterson hired Strong. It was a message showing that at Texas, the focus is still research and academics — that the university is still running the football program and not vice-versa.

"We are a top tier AAU University. We are an international brand. We have a great student body. Rigorous academics," says Patterson. "So the expectation is that all the athletic teams and the student athletes that come to the University of Texas understand that. And that is who we are. The hiring of Charlie Strong as our head football coach reflects those values."

It's been a long road for Strong, but according to Forbes, he's the coach of the most valuable college football program in America. When asked at his first press conference if he minded the speculation that he was not UT's first choice, Strong was anything but defensive.

If Strong turns Texas back into the powerhouse it once was and wins a national championship, black assistant coaches everywhere could begin seeing those head coaching doors open more than just a crack.