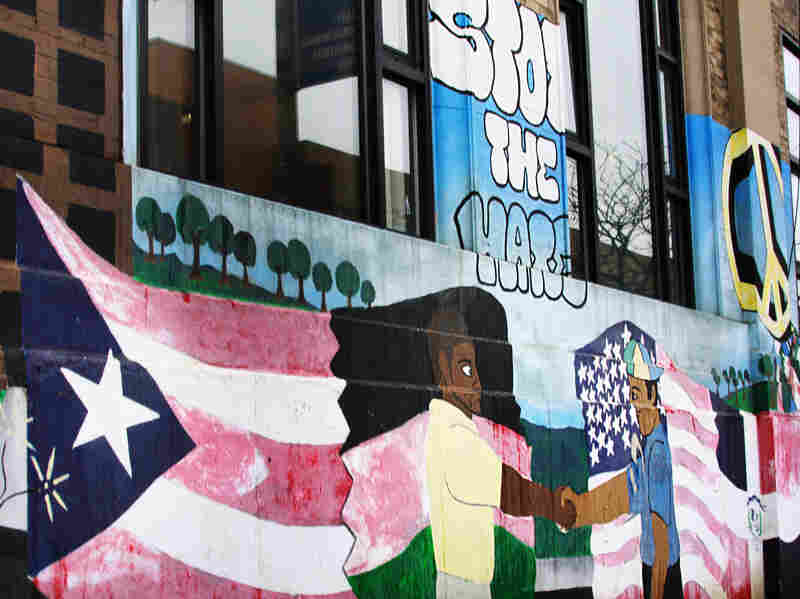 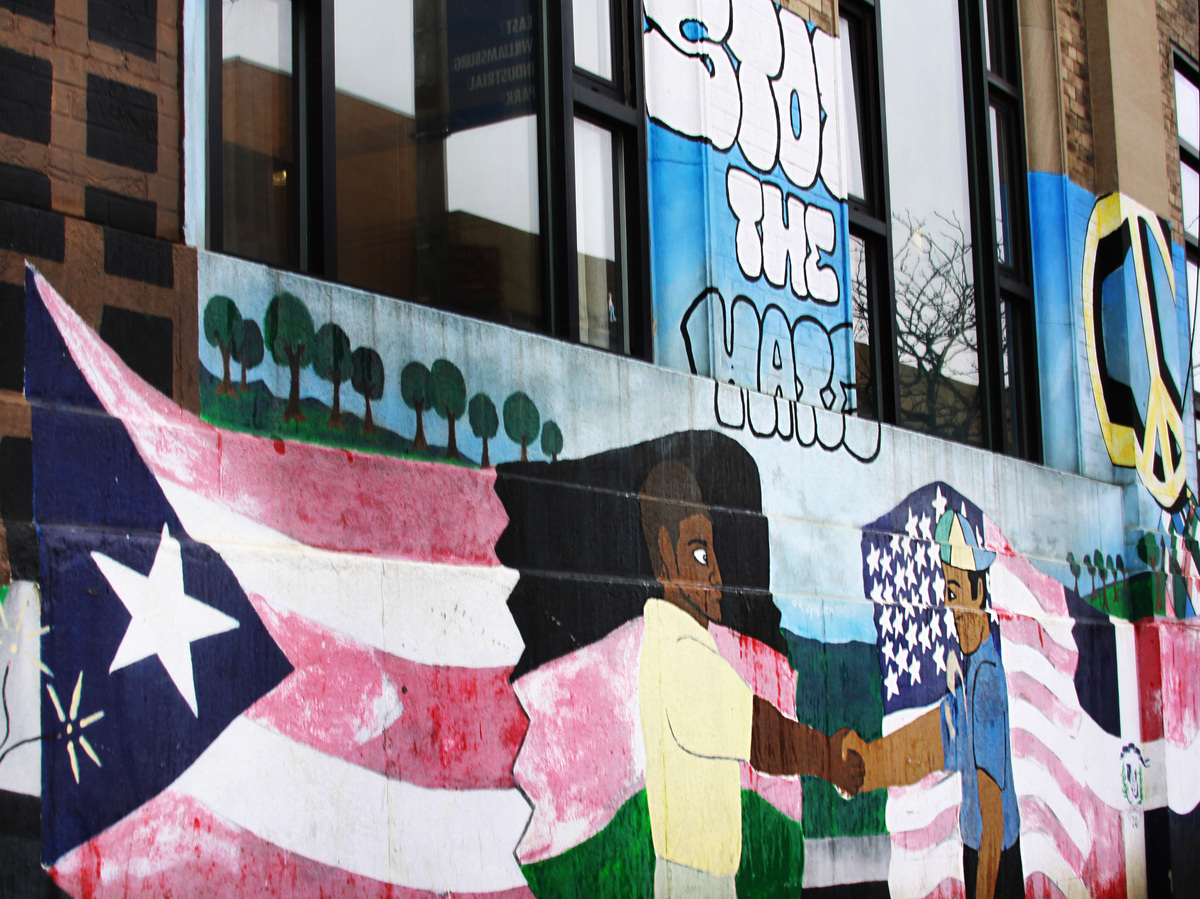 Javier Fossas asked me, "Do you speak Spanish?"

It's complicated. I do, but I'm really insecure about my Spanish.

I grew up in California in a Puerto Rican family where English was the dominant language. Adults used Spanish mostly to share secrets or express frustration. So I hate the Spanish question.

I have to admit, the finding helped me exhale. So I'm not the only one. But it also made me wonder why it was so. So I went to New York City, which is still home to the largest Puerto Rican population in the U.S., and asked around.

Javier Fossas was the first person I turned to for answers. We met at his favorite Puerto Rican restaurant, Sofritos in Manhattan. He ordered the pernil (roast pork) and I ordered bistec encebollado (steak with onions) and we talked about Spanish, in English.

Fossas, who was raised in Puerto Rico, is in his 20s and works for a private equity firm in Manhattan. He told me that in Puerto Rico, his family spoke Spanish at home, period. But he says he watched American TV shows, was taught English in school, and his father had a subscription to an English-language newspaper. So English was a big part of his life, too.

Both English and Spanish are the official languages in Puerto Rico because it's a U.S. territory. Puerto Ricans living on the island have a complicated relationship with the United States. They're proud to be Puerto Rican but also proud to be American citizens. They want to be acknowledged as Puerto Rican and American, equally, and language plays its role. Everyone is taught English in school there, but Spanish still reigns supreme, something Fossas is proud of.

"Spanish is a great language and a beautiful language and something that should be taught," he said. And that's when he asked the dreaded question: "Do you speak Spanish?"

Do You Speak Spanish?

This time, I'll let Marissa Irizarry answer the question. "OK, I don't speak Spanish, but I understand it fully," she says.

"I was raised in a home with a father who was back and forth between Puerto Rico and New York City, so he was able to find ways to hold on to the culture and I kind of did too," she says.

With one big exception — Spanish.

Irizarry's professor, Antonio Nadal, serenades her class with an old Puerto Rican bolero called "La Despedida." "La Despedida," he says, writing the title up on the blackboard. "Translation?" he asks the class.

A shaky voice from the back nervously offers up the answer: "Farewell?"

Many Puerto Ricans said farewell to the island in the late '40s and early '50s, escaping poverty. Nadal, who teaches in Brooklyn College's Puerto Rican and Latino Studies department, says that's also why so many Puerto Ricans living in the U.S. speak English at home.

"We've been here a long time," he says. "Length of residence does count."

He adds that the New York public schools were unprepared for the wave of Puerto Rican youth — like him — who came in the late '40s and early '50s. He says kids were dumped in remedial classes, "in the dingiest places in the building. And they picked up that they were inferior to English-speaking kids, right? And many Puerto Rican kids went through that."

That feeling of inferiority was a slap in the face to Puerto Ricans, who, after all, are American citizens, says Nadal. So to be treated like any other American, he theorizes, Puerto Ricans focused on English — often at the expense of Spanish.

Twenty-seven-year-old Gisely Colon Lopez is another one of Nadal's students. She came to the Bronx from Puerto Rico when she was 4. That's when her family stopped speaking Spanish at home. "My mother was trying to learn English on her own," Colon Lopez says. "She just wanted to hear English. 'Just speak to me in English, so I can learn it while you're learning it.' The mentality is, if you're speaking English, you're better."

As the Latino population continues to grow here in the U.S., being bilingual is now seen as an asset, especially when it comes to job options. And Puerto Ricans in New York like Colon Lopez and Irizarry are struggling to catch up. Colon Lopez says she told her parents: That's it, my turn, Spanish from now on.

"The other day we were driving in the car with my dad and I was talking to them in Spanish. I was like, 'Please correct me as often as possible,' and every other second they were correcting things for me," she says, laughing.

But classmate Irizarry isn't as upbeat. "I'm 20 years into it and I have low self-esteem about it, that I'm ever going to learn it," she says. Irizarry is disappointed her parents didn't enforce Spanish when she was young and could soak up the language with ease. She says her mother reminds her that it's never too late to learn. "She'll joke and go, 'Let's start now! I'll only talk with you in Spanish!' And I'll go, 'Too late!' "

Now, there's another record wave of Puerto Ricans coming to the U.S. mainland escaping economic distress on the island. They're coming here at a time when politicians and business leaders are waking up to the economic and political power of Latinos and the power of Spanish. Maybe retaining and teaching their native tongue will become more of a priority for Puerto Ricans living on the mainland and their kids won't dread answering the question, "Do you speak Spanish?"