Accessibility links
A Different Kind Of Catholicism Grows In Latino Communities : Code Switch The "Charismatic" movement involves worshipping with exuberance, miraculous healings, prophesying and establishing a personal connection with God — and the number of converts is growing. According to a recent survey by NPR, about one-third of Latino Catholics in the U.S. identify as "Charismatic." 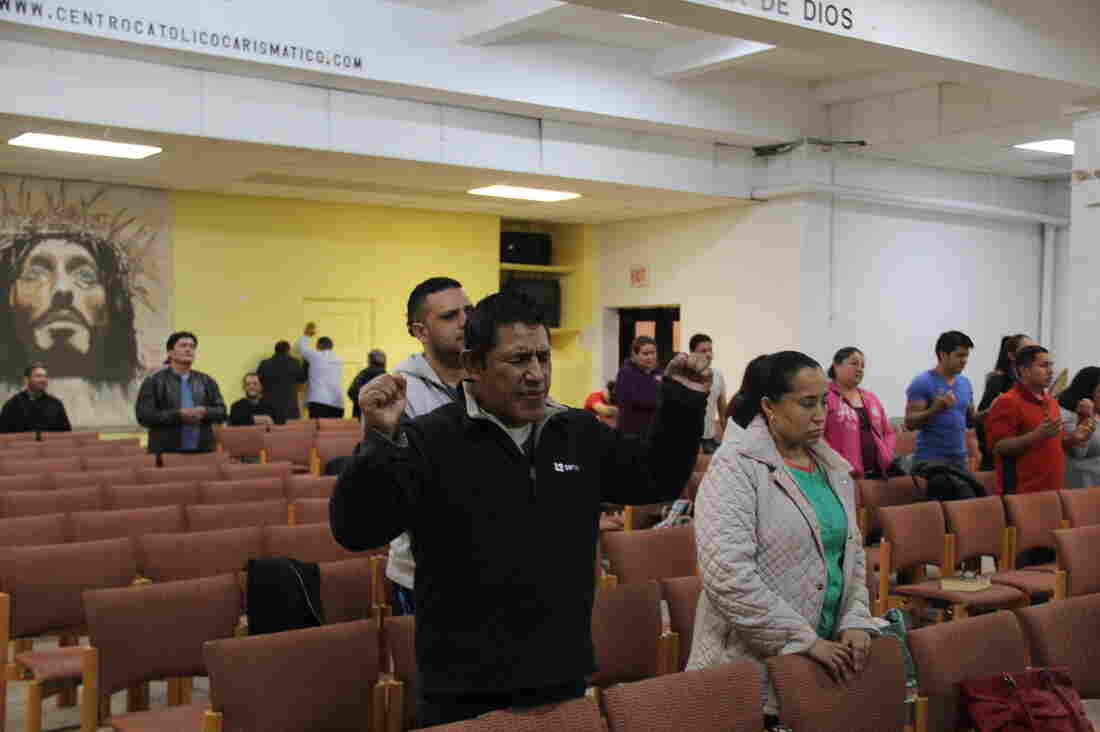 In the Saint Anthony of Padua Church in the Bronx, Wednesday night is prayer meeting night.

Fifty people gather in the spare assembly room for a ceremony that looks very different from a Catholic Sunday Mass.

Poll Focuses On Views From A Wide Array Of Latino Americans

For one thing, the service is led by a woman rather than a male priest. She preaches excitedly while a rock band of young Salvadoran immigrants backs her up.

Some people in the audience hold up their hands; others are swaying gently. There are tears in the crowd.

It may sound indecipherable, but for the faithful, it's a sacred language given to them by the Holy Spirit.

Welcome To A Different Kind Of Catholicism

For members of the Charismatic Catholic movement, worship centers on establishing a personal connection with God.

According to a recent survey conducted by NPR, the Robert Wood Johnson Foundation and the Harvard School of Public Health, about one-third of Latino Catholics in the U.S. identify as Charismatic. For non-Latino Catholics, this number is closer to one-tenth, according to an earlier poll by the Pew Research Center.

Marvin Rodriguez says he joined the movement seven years ago. "It means happiness. We like to express ourselves in a different way, like applauding, laughing and joy," says Rodriguez.

There are also miraculous healings and prophesying. It's very similar to what you'd expect to see at a Pentecostal church — where the number of Latino converts is growing quickly.

By joining the Charismatic movement, Latinos can have those kinds of intense spiritual experiences without cutting their ties with the Catholic Church. 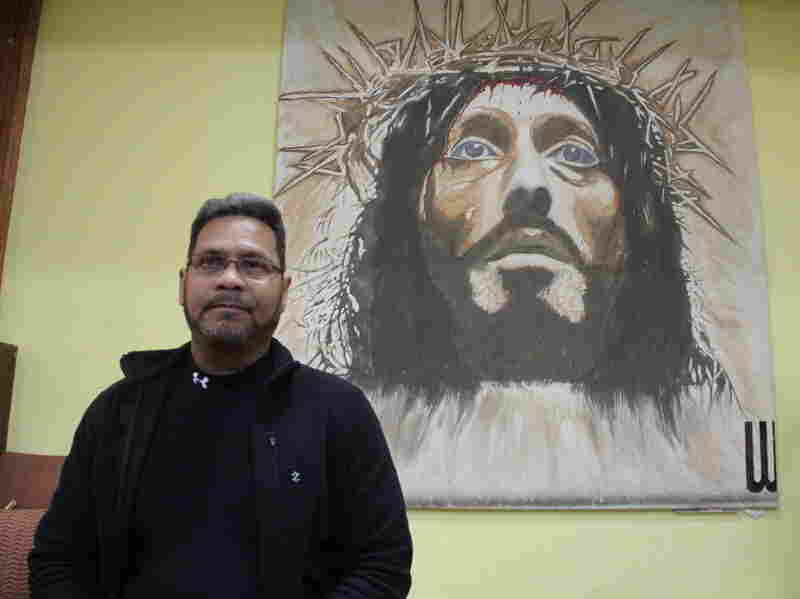 "The first time I came over here, I started crying, my body started shaking, but I didn't know what it was," says Torres.

Charismatic Catholicism in the U.S. dates back about 50 years. Latinos are a driving force in the movement today.

The Rev. Jim Sheehan, a Charismatic priest and chaplain at Bronx Community College, says traditional Catholicism just isn't connecting with the Latinos he ministers to, especially recent immigrants who are struggling.

"I think that many of us have a distant relationship with a God of the future," says Sheehan. "Charismatics, Latinos expect God to come today — hoy día."

Despite the Charismatic movement's success in engaging Latinos, Sheehan says, some more conservative members of the Catholic Church disapprove of the healings and speaking in tongues.

A Permanent Change In Direction 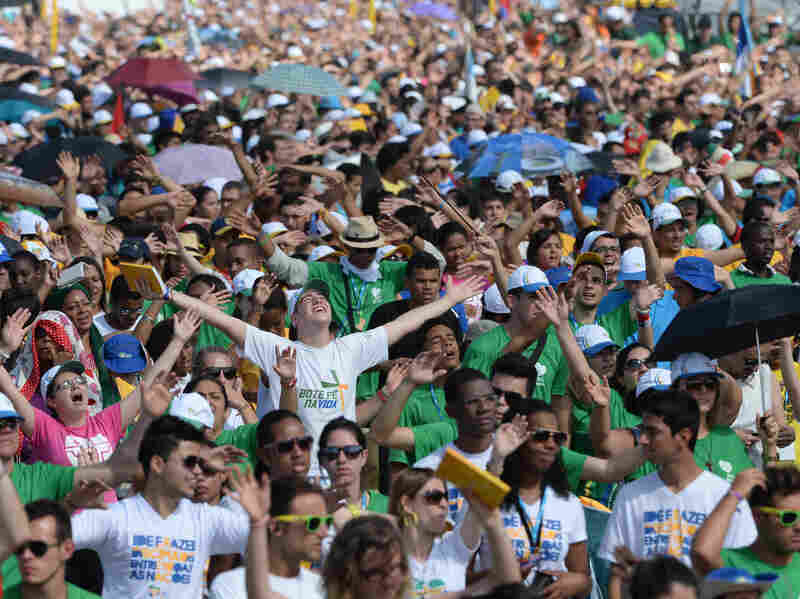 "I would argue that, especially now with Pope Francis, that there's an openness to this kind of worship," says Lee. "Given the numbers of Latinos and Latinas in the country and in the future of Catholicism, I definitely think it's a way forward."

The movement's influence on the Catholic community worldwide was clearly visible during last year's World Youth Day celebrations in Brazil.

Though he was an early skeptic, Pope Francis told reporters that the movement has had a positive influence on the Catholic Church.

"I don't think that the Charismatic renewal movement merely prevents people from passing over to Pentecostal denominations," said the pope. "No, it's a service to the church herself — it renews us."