Accessibility links
What Does 'Sold Down The River' Really Mean? The Answer Isn't Pretty : Code Switch Being "sold down the river" means you've been betrayed. It used to mean something far worse. NPR's Code Switch traces the history of the phrase and spells out its original meaning in the first half of the 19th century. 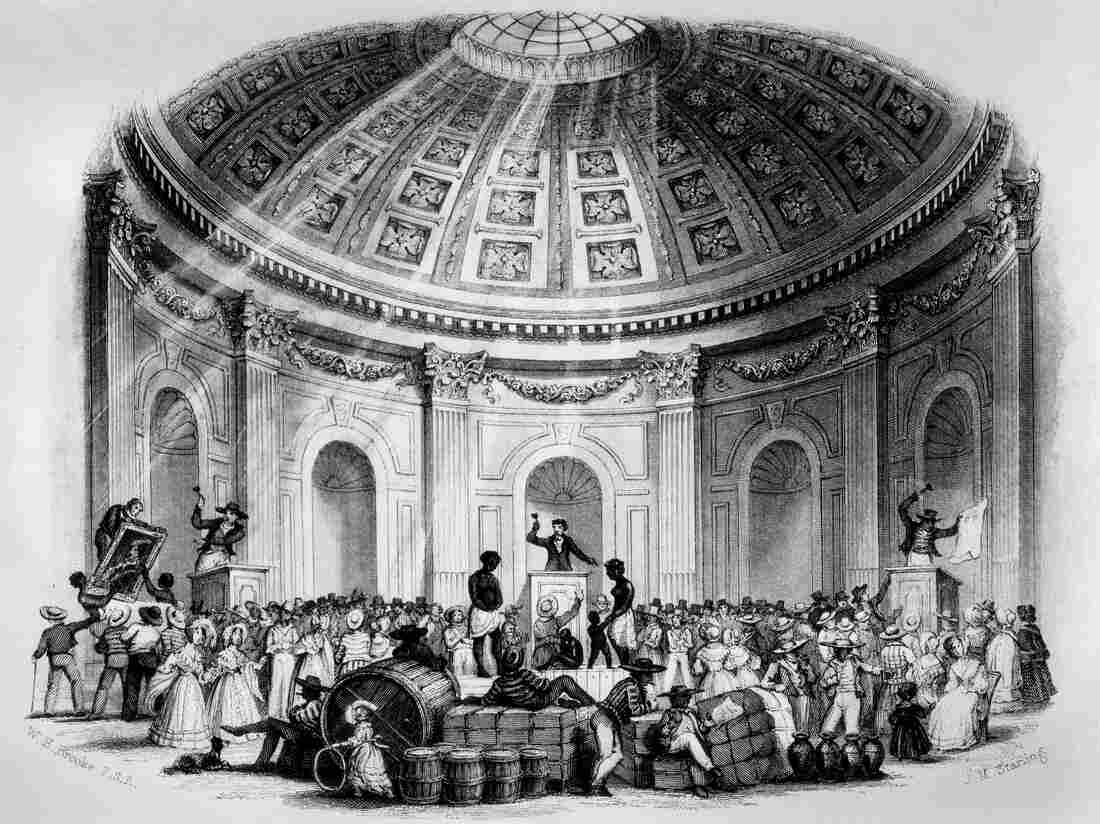 Slave auction in New Orleans, 1842, "Sale of Estates, Pictures and Slaves in the Rotunda, New Orleans." The nation's most active slave market was in New Orleans. Slaves who had been "sold down the river" were auctioned off to plantation owners. Encyclopaedia Britannica/UIG via Getty Images hide caption 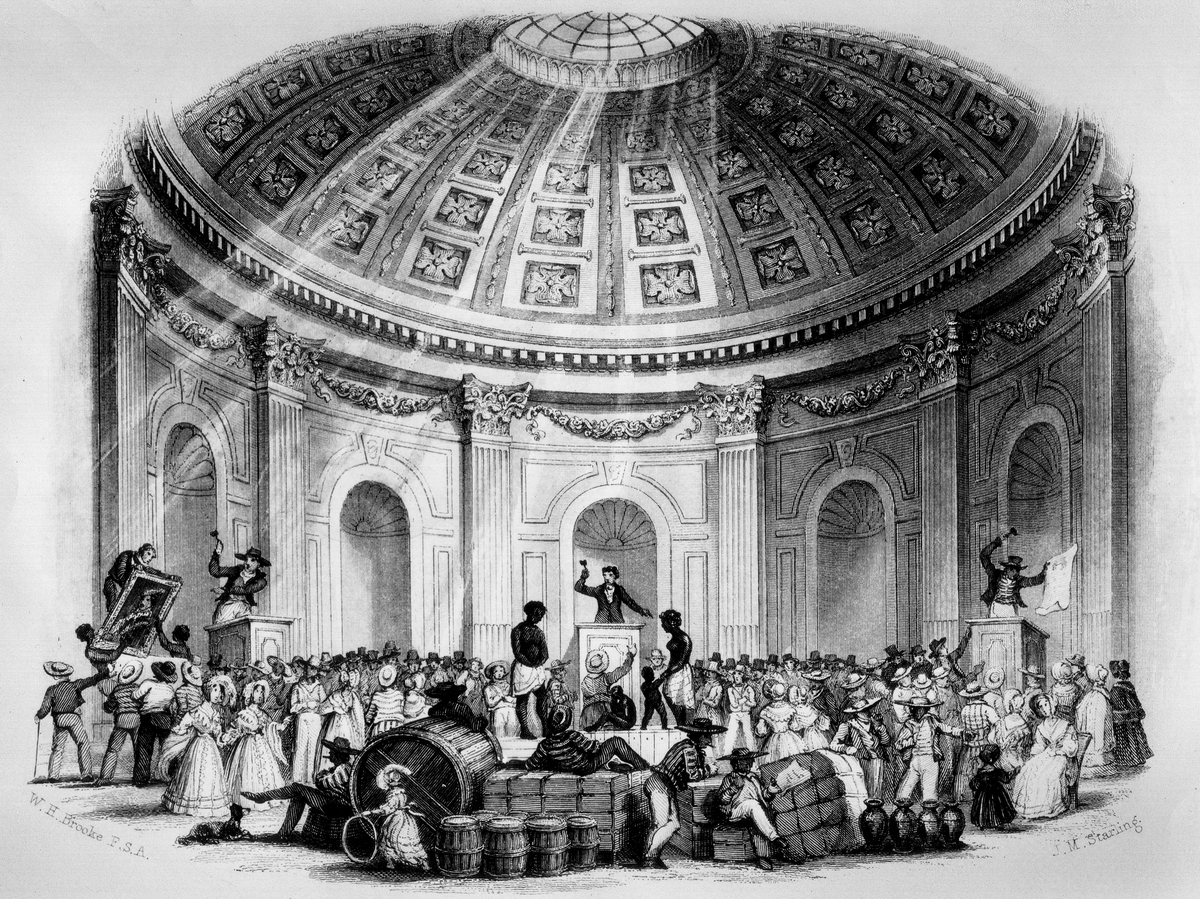 Slave auction in New Orleans, 1842, "Sale of Estates, Pictures and Slaves in the Rotunda, New Orleans." The nation's most active slave market was in New Orleans. Slaves who had been "sold down the river" were auctioned off to plantation owners.

For generations, the phrase "sold down the river" has been used to signify a profound betrayal.

"River" was a literal reference to the Mississippi or Ohio rivers. For much of the first half of the 19th century, Louisville, Ky., was one of the largest slave-trading marketplaces in the country. Slaves would be taken to Louisville to be "sold down the river" and transported to the cotton plantations in states further south.

In his 2010 history of the Mississippi River, Wicked River: The Mississippi When It Last Ran Wild journalist Lee Sandlin said "the threat of being 'sold down the river' was seen as tantamount to a death sentence."

Because white planters valued men over women as laborers, male slaves were far more likely to be "sold down the river." In addition to the tragedy of being separated from family, to be sent down the river meant a sentence of brutally hard labor. As the global demand for cotton grew, the demand for more and more slave labor grew at an equally large pace.

Sociologist Wilma A. Dunaway has written that the global demand for cotton set off a forced migration of slaves with close to one million being transported to the Deep South between 1790 and 1860. The importation of slaves ended by 1808, which means much of the demand for labor was met by selling slaves who were born in one of the so-called "slave-growing states" such as Kentucky.

Kentucky was the home of the fictional character Uncle Tom in the best-selling American novel of the 19th century, Harriet Beecher Stowe's Uncle Tom's Cabin. The book's protagonist, a loyal middle-aged slave, is sold by his owners to help pay their mounting debts. While Tom is being transported down the Mississippi on a riverboat, he befriends a young girl, Eva, who shares his deep Christian faith. Her father, Augustine St. Clare, purchases Tom and takes him to the family home in New Orleans. Mr. St. Clare dies, and Tom is sold at auction to a particularly sadistic plantation owner. After imposing a series of torments worthy of Job, the slave owner orders his overseers to beat Uncle Tom to death.

The Oxford English Dictionary notes that Harriet C. Frazier's 2001 study "Slavery and Crime in Missouri, 1773-1865" contains the firsthand account from a journal by Mr. Aaron S. Fry, who witnessed the suicide of a slave who was about to be transported:

"A Negro man of Mr. Elies, having been sold to go down the river, attempted first to cut off both of his legs, failing to do that, cut his throat, did not entirely take his life, went a short distance and drowned himself."