Accessibility links
That Cute Cheerios Ad With The Interracial Family Is Back : Code Switch The first TV spot featured an adorable, curly-haired moppet named Gracie who had a black father and a white mother. The ad for Cheerios prompted a storm of protest and counter-protest last summer. Now, the cereal-maker is back with a sequel.

That Cute Cheerios Ad With The Interracial Family Is Back

That Cute Cheerios Ad With The Interracial Family Is Back 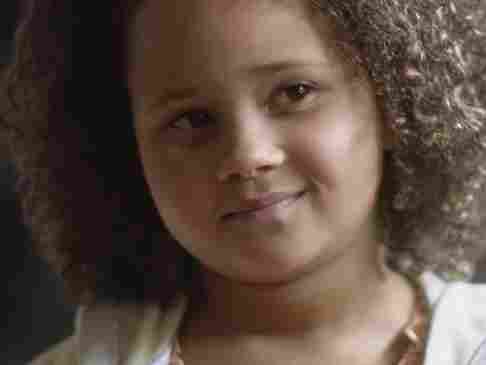 A triumphant Gracie smirks at the haters. YouTube hide caption

You might remember that Cheerios ad that caused a big hullabaloo last summer — and boy, is that a weird phrase to write — after it enraged all the knuckle-draggers on the Internet. Were they scandalized by General Mills' claims that Cheerios is good for heart health? Or were they really militant adherents of the Paleo Diet?

Haha! No, you silly naif! They were just bigots.

The ad featured an adorable, curly haired moppet named Gracie chatting with her mother, who is white. Her father is black.

The official YouTube video for the ad was inundated with so many ugly comments that General Mills pulled the TV spot from the site because they decided the reaction was no longer family friendly. The move only brought more attention to the ad, as people wanted to see what all the fuss was about. Tons of people had the opposite reaction, praising Cheerios for spotlighting an interracial family and the ad's profound awwww-ness. (Some other folks used it as an opportunity to riff some more on the way modern American families look.)

Now Cheerios is doubling down on that popular mixed-race family. Their latest installment will debut during the Super Bowl and shows the family breaking some news to that cute little girl.

Nice head fake there, Cheerios. For a second it looked like the parents might talk to their daughter about the controversy surrounding their last appearance — and maybe even have a Conversation About Race In America. In an ad. For Cereal. During the Super Bowl. (Could you imagine? Difficulty level: Asian.)

There are lots of wins for Cheerios here and lots of publicity for their ad campaign. Needling bigots with another fictive biracial child is probably just a fun, ancillary benefit.