Accessibility links
Mean Girls Online: Can We Draw A Line In Social Media? : Code Switch An article about the ugly side of feminist activism set off a heated debate online. 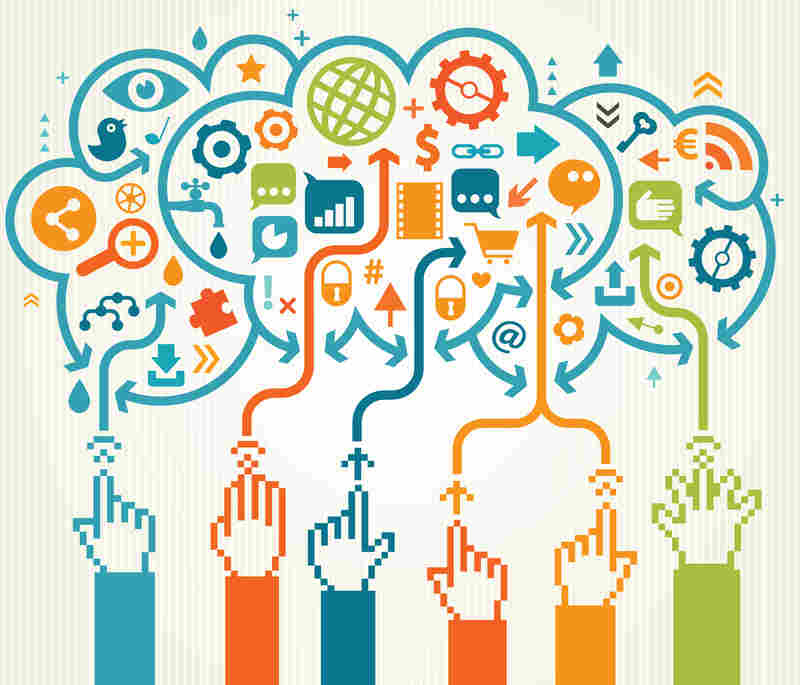 Feminists criticizing feminists online: How does it impact the movement? iStockphoto hide caption 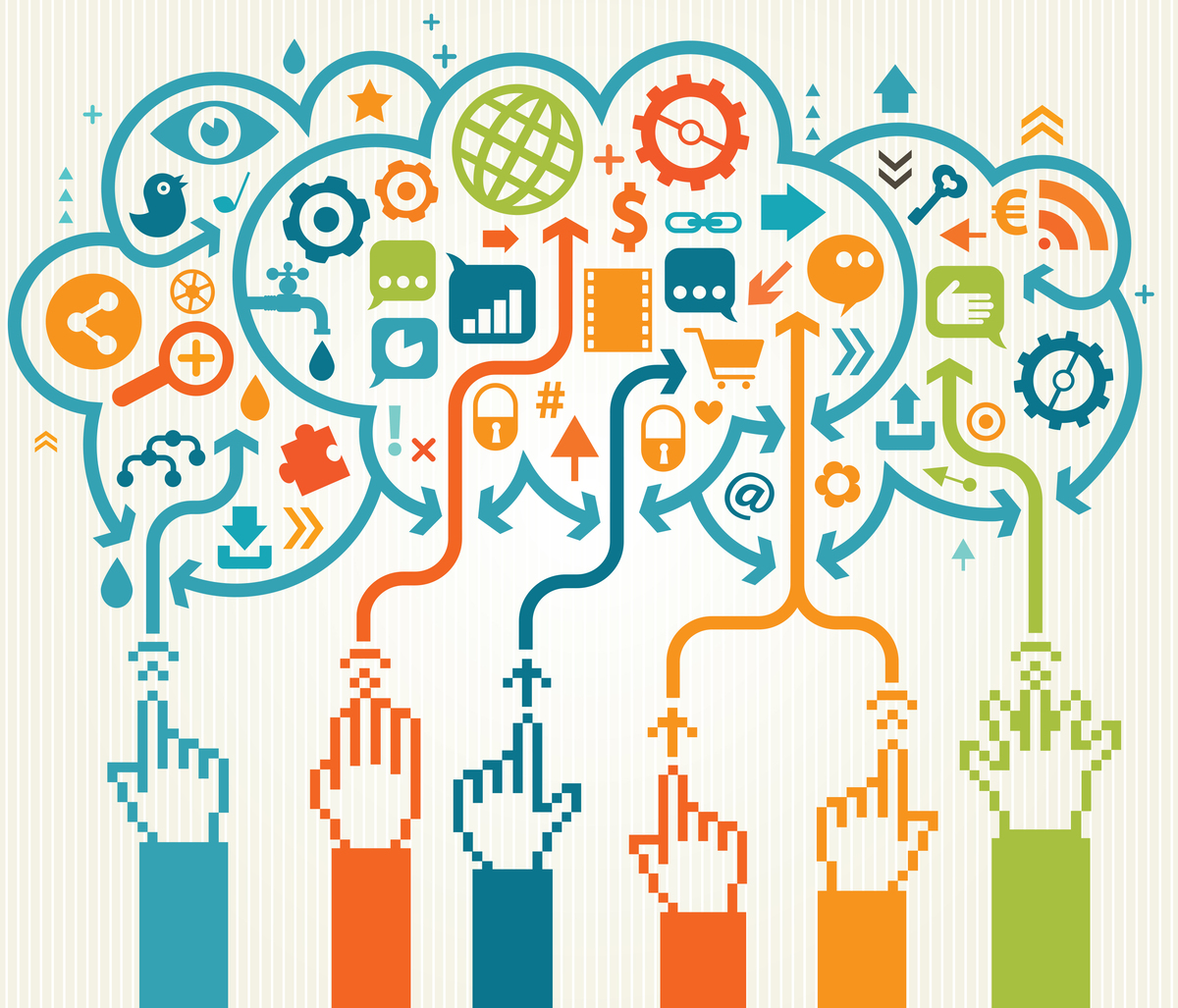 Feminists criticizing feminists online: How does it impact the movement?

Last week, an article about online feminist activism set off a heated debate. The Nation's Michelle Goldberg examined criticism aimed at feminists by other feminists. "Is it good for the movement? And whose movement is it?" Goldberg asked.

"Yet even as online feminism has proved itself a real force for change, many of the most avid digital feminists will tell you that it's become toxic. Indeed, there's a nascent genre of essays by people who feel emotionally savaged by their involvement in it — not because of sexist trolls, but because of the slashing righteousness of other feminists."

Michel Martin of NPR's Tell Me More hosted a conversation with Goldberg and some of the writers involved in the debate: Mikki Kendall, a writer and media critic with HoodFeminism.com; Anna Holmes, founder of Jezebel.com; and Brittney Cooper, a professor at Rutgers University and co-founder of the Crunk Feminist Collective.

Below are some highlights from the interview; click on "Transcript" above for the full text or listen to the conversation.

On what compelled Michelle Goldberg to write the piece

Michelle Goldberg: I think it's something that I had heard people talking about privately for a long, long time and nobody wanted to talk about publicly. But I constantly was hearing feminists — including feminists who've been involved in online activism for a long time — saying that there was nowhere that they felt more intimidated, more afraid to speak, than online. And at first, I thought, you know, if this is just a problem of kind of white middle-class women, maybe it's not even worth writing about.

Maybe it really is just about people feeling threatened that their place in the hierarchy is being challenged. But as I started to hear about it also from women of color — there's a woman I cite in my piece who's a trans Puerto Rican woman activist who has written widely about the hatred that she receives from ... various racists and misogynists but [who] wrote that she actually feels in a lot of ways most threatened and most intimidated by people in her own community who she knows are going to come down on her if she steps over one of these invisible ideological tripwires. ... And so that's what convinced me that it was something worth delving into.

On the line between examining ongoing privilege and bullying

Michelle Goldberg: To be honest, I don't know that I can — I don't know that I or anyone else can really draw that line. I do think that, you know, when you kind of — when people tweet explicitly, you know, let's make this person cry, that is, I would think, crossing the line. And I also think there's a kind of consistent twisting of people's words and people's intentions. One of the examples I give in the piece is when the actress Martha Plimpton was organizing or tweeting about a fundraiser that had the title "vaginas" in the name. It was a fundraiser for a group of abortion funds. And people really came down on her for using the word vagina and saying that this excludes trans men who may have vaginas and need abortions but don't want their genitals referred to by female words.

It was this sort of very rigid and sort of recondite form of political correctness that is very difficult not to step into because I think a lot of people don't know where the rules are. But people automatically assumed, not just that she had defended them, but that she was this terrible transphobe, that she was somebody who could no longer be taken seriously as an ally. That's the sort of thing that I'm talking about.

On whether Mikki Kendall considers herself a bully

Mikki Kendall: I think that I am someone whose anger can be intimidating. Do I think that I can be someone's bully in their mind? Yes. I can't control how people feel about what I have to say. Do I think that it is as cut and dry as, well, I don't like the way you speak to me? Everyone's coming into this big umbrella from different cultural contexts. Do I think from the standards of my community that I'm a bully? No. But I'm not doxing anyone. I'm not calling up trans women's employers. I'm not leaving comments to undermine their businesses, calling their doctors to interfere with their health care. And these are things that are actually happening to people. I am not saying in large articles and national syndicated columns that, oh, well, we're going to talk about toxic culture, but we're not going to talk about all aspects of that culture. ... And we're certainly not going to talk about how people who are feminists and in power can upset, anger and bully someone, and then say, well, I am a victim, when the people they have said something to respond.

Michel Martin: Well, you know, people can be both.

Martin: People can be both.

On whether bullies and victims are sometimes the same

Brittney Cooper: I'm in this as a person who is very concerned about the way that we're having this conversation online. So I want to be clear that, as I said in the piece, I think that there has been real injury on the part of white feminists, particularly dealing with black feminists online. But I am also a person that cares about what kind of world we're building, and that means that there have to be some ethics of engagement and also a sort of concession that we deal with people giving them the benefit of the doubt. And that doesn't mean from my vantage point that we have to put up with things that we know are unjust, are racist, are sexist, are problematic. I think we can call them out, but I don't want the history of this moment, particularly in black and women of color feminisms, to be written as a history in which — where black feminists, particularly online feminists of which I'm a part, spent their time doing was primarily calling out white women for racism. I want this to be a moment where we're talking about the kinds of worlds that black women are building online through our progressive social justice activism. ...

On whether Anna Holmes would have started a women's blog today

Anna Holmes: I don't know that I would start a women's blog or a women's blog that focused on feminism, but — and there are a lot of reasons for that. I mean, I think I already did, and I wouldn't want to repeat myself. But I think that the discourse has become, as I said to Michelle, somewhat brittle and myopic and not particularly constructive, at least what I'm seeing on Twitter. And, I mean, listen, that's really the only social media platform that I'm on. I can only handle one at a time, so I'm not really on Facebook. I'm not really on Tumblr, I don't tend to read websites and blogs the way I used to. I tend to come to things from Twitter. So that's where I'm seeing the majority of this sort of behavior play out. And I found it pretty troubling. I mean, I'd say probably for the — probably about a year ago is when I started noticing that there were these call-outs going on.

And I really couldn't wrap my head around what the point of them was because if you want to build bridges between communities, like-minded communities, who have similar or — I won't say the same goals, but have similar goals — I don't see what is productive about an assumption or a starting point where you assume bad faith or equate disagreement with enemy-making. And that's what I've been seeing — again, I'm talking only about Twitter. I cannot speak about other social media platforms. You know, some people might argue that Twitter isn't that important. It isn't as widely used as Facebook. But there are a lot of journalists and activists and commentators and thinkers who are on Twitter, and that's why I have a particular criticism of the way the discourse is going on.