Accessibility links
It Took A Eugenicist To Come Up With 'Moron' : Code Switch "Moron" wasn't always hurled as an insult. The word was coined by Henry H. Goddard, a researcher and psychologist who intended it to be used as a medical term to quantify cognitive disabilities.

It Took A Eugenicist To Come Up With 'Moron'

It Took A Eugenicist To Come Up With 'Moron' 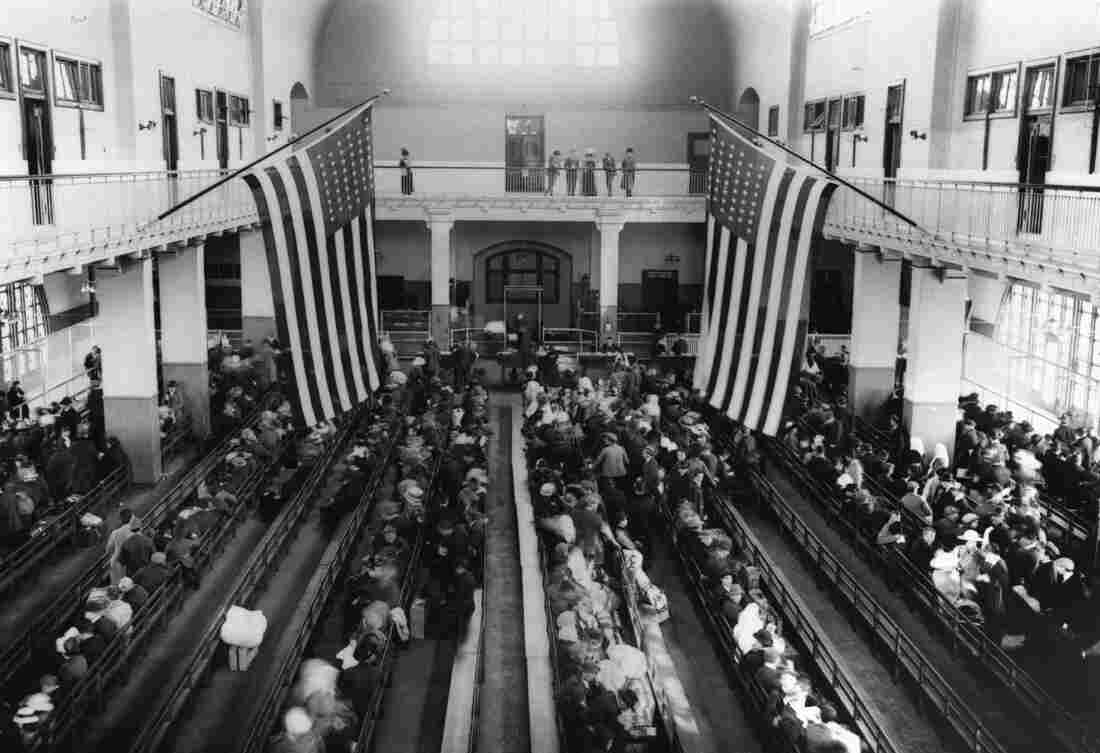 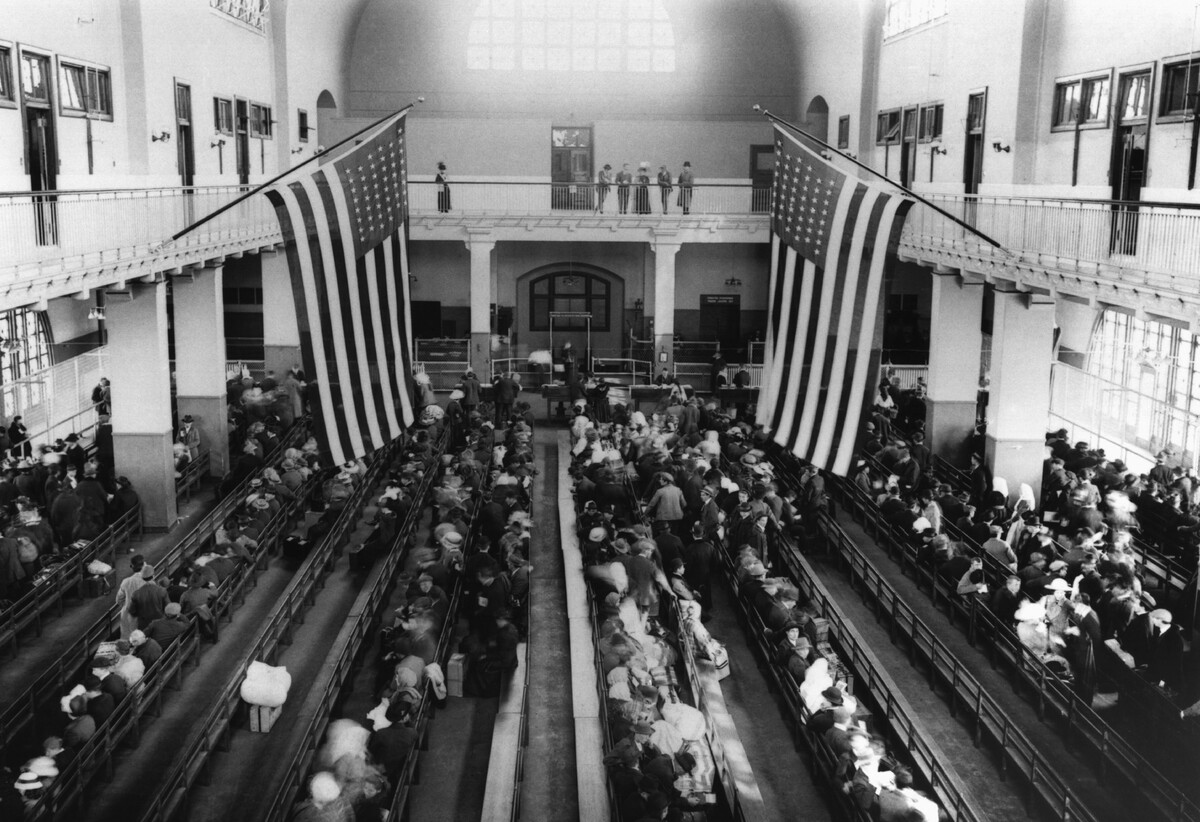 Immigrants wait in a registration room on Ellis Island in 1912.

"The idiot is not our greatest problem. He is indeed loathsome. ... Nevertheless, he lives his life and is done. He does not continue the race with a line of children like himself. ... It is the moron type that makes for us our great problem."

A hundred years ago being called a moron could get you deported or sent to an insane asylum. You could have thanked psychologist Henry H. Goddard for your troubles.

Goddard, a researcher, was fascinated with intelligence. He introduced a measurement for it to the United States. At the time, psychologists lumped people with cognitive disabilities in three broad categories: "idiot," "imbecile" and "feeble-minded" ("feeble-minded" being the least severe). Goddard thought the word was imprecise and unscientific, so he created a replacement. Borrowing a Greek root meaning "dull" or "foolish," he coined the term "moron." (It is worth stating the obvious: Today, none of these words are appropriate as medical terms.)

To Goddard, these "morons" posed a serious threat. He claimed there was a link between low intelligence and criminal behavior (he noted "crimes often seem foolish or silly"). And he worried about the quality of "American stock." Goddard was a prominent member of the eugenics movement that flourished in early 20th century America. As his colleague Harry Laughlin testified to Congress, eugenicists believed "the character of a nation is determined primarily by its racial qualities; that is the hereditary physical, mental, and moral or temperamental traits of its people." They hoped "better breeding" could rid America of its flaws.

An astounding number of states (more than half) passed laws calling for sterilization of the "unfit," resulting in an estimated 60,000 involuntary surgeries. The early 20th century was also a time of record-high immigration to the United States, with new arrivals hailing mostly from southern and eastern Europe. American eugenicists worried about the influence of these unfamiliar people. For his part, Goddard wanted to ensure there were no "morons" among them.

In 1913, he sent female assistants to Ellis Island to recognize the "feeble-minded" by sight (women were more intuitive at this, he thought) and administer his tests. Immigration officers had performed cursory physical and mental health screenings for years, but Goddard's methods revealed an astounding result: 40 percent of the Jews, Italians and Hungarians tested qualified as "morons." He noted in his report, "Doubtless the thought in every reader's mind is the same as in ours, that it is impossible that half of such a group of immigrants could be feeble-minded, but we know that it is never wise to discard a scientific result because of apparent absurdity."

Despite being widespread in his day, Goddard's research findings were eventually challenged and disproved. He admitted some of his best known works were faulty. A book he wrote in 1928 concludes with two major reversals: "feeble-mindedness (the moron) is not incurable" and "the feeble-minded do not generally need to be segregated in institutions."

Goddard later moved to Ohio where he would become a professor of clinical and abnormal psychology at Ohio State University. But his most lasting contribution remains one that isn't generally remembered as being his, the invention of the word "moron."