Accessibility links
Walking Down The Widening Aisle Of Interracial Marriages : Code Switch One in 10 opposite-sex marriages in the U.S. are between spouses of different races or ethnicities. At more than 5.3 million, their numbers have increased 28 percent since 2000, according to the Census Bureau. 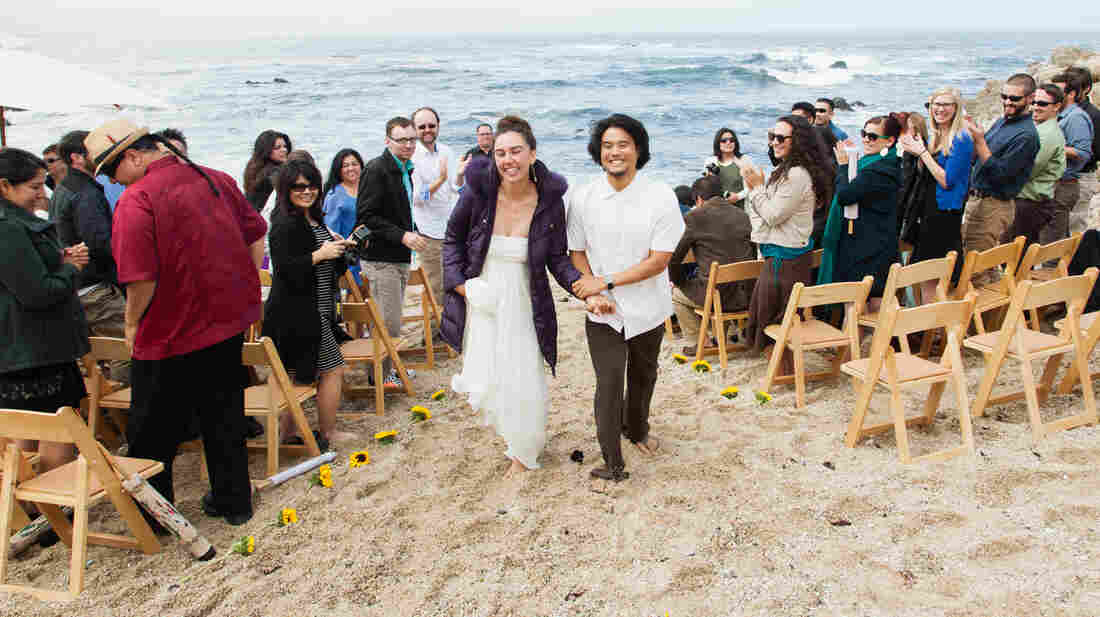 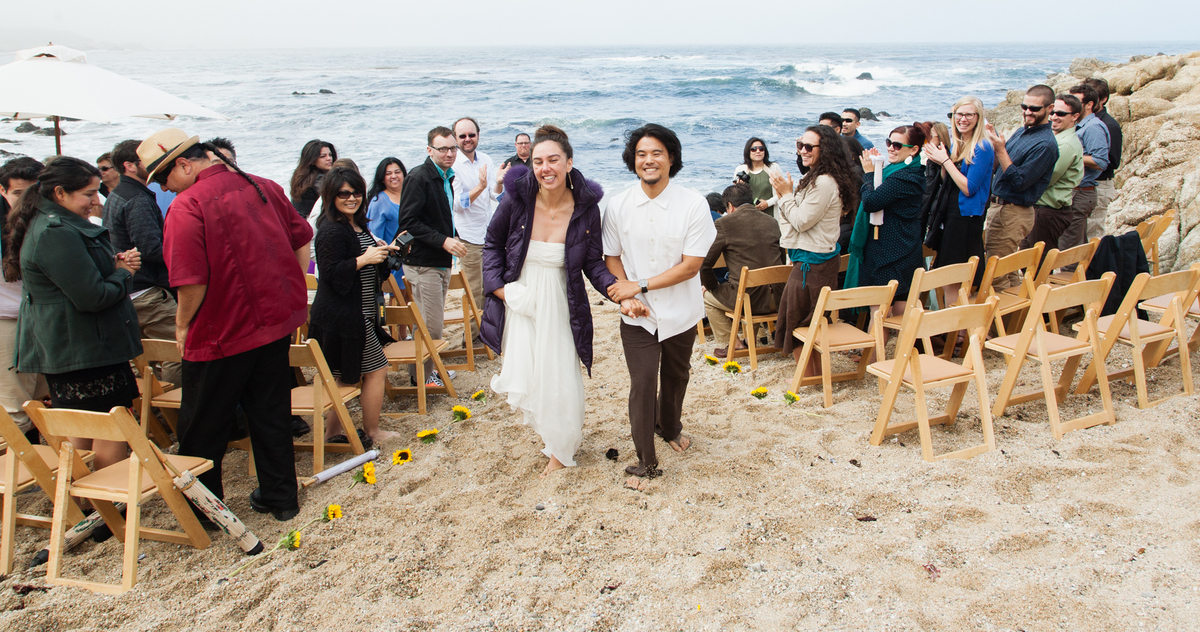 Editor's Note: Code Switch has been engaged in a month-long exploration of romance across racial and cultural lines. Follow the Twitter conversation via the hashtag #xculturelove.

The numbers are small but growing.

More than 5.3 million marriages in the U.S. are between husbands and wives of different races or ethnicities. According to the 2010 Census, they make up one in 10 marriages between opposite-sex couples, marking a 28-percent increase since 2000.

Family and friends gathered on a northern California beach to see Mottershead's father walk her down the aisle to Van Morrison's "Into The Mystic," as Okamoto waited along the shores of Carmel Bay in sandals.

"[The wedding wasn't] formal except for maybe a white dress. Even that wasn't very formal!" Mottershead says.

The fact that an American-born son of Japanese immigrants was marrying a bride born in the U.S. to a Colombian mother and an Irish father felt "totally normal" to the couple.

"We didn't even think it was like an issue really worth talking about at first," says Mottershead, who grew up in California, where almost 18 percent of marriages between men and women are interracial or interethnic.

The Census Bureau does not have an exact count of same-sex marriages. But for opposite-sex couples, data shows that interracial and interethnic marriages are most common in the western and southwestern regions of the country. 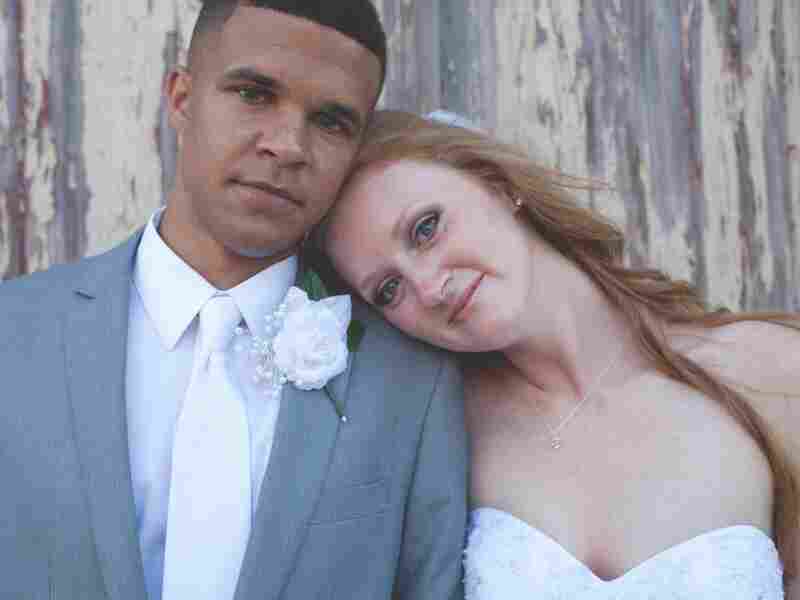 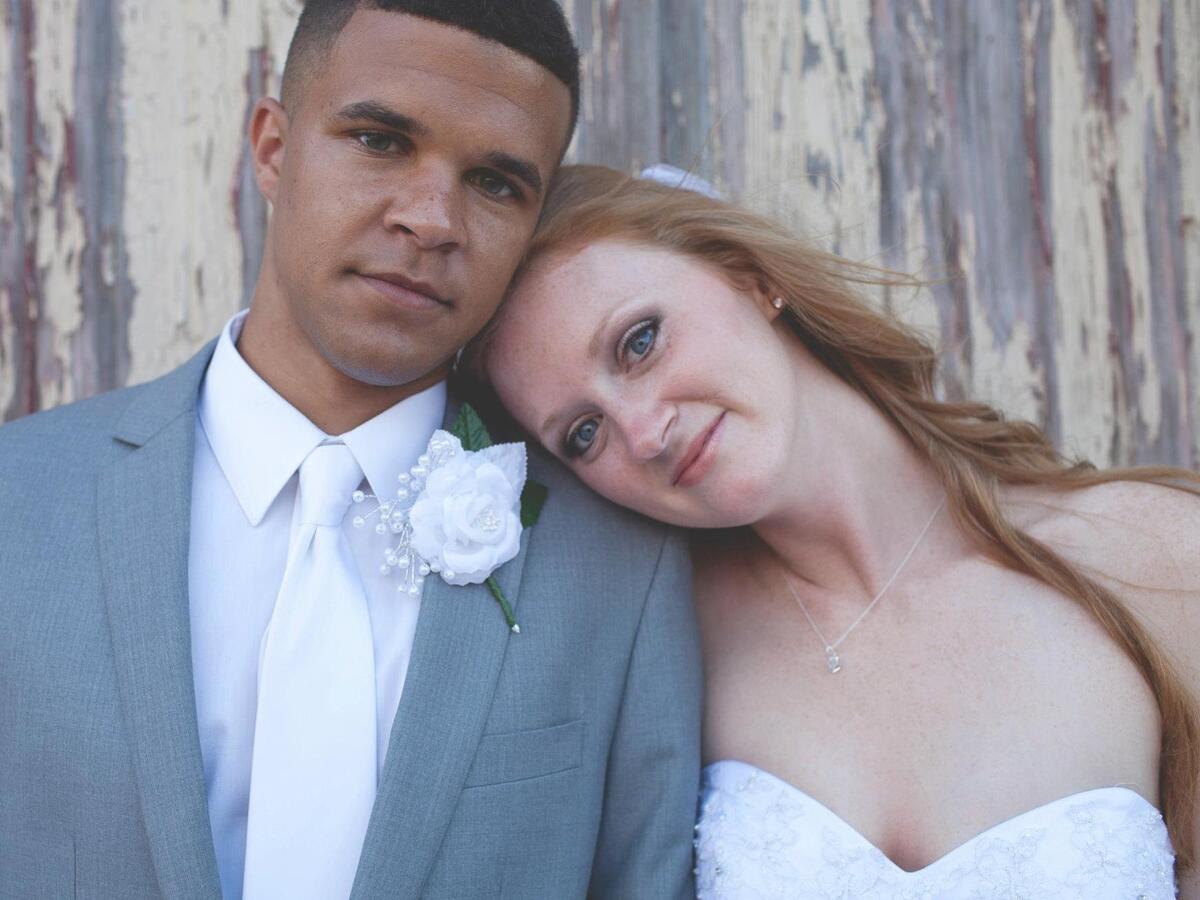 Evan and Rita Woodson started dating as high school seniors in Owasso, Okla. They were married in 2012.

Evan Woodson, 22, a registered member of the Cherokee Nation who now lives in Stillwater, Okla., says he checks off three race boxes on census forms: American Indian, white and black. Woodson, who grew up in Owasso, Okla., married his high school sweetheart in 2012.

An 'Increased Level Of Scrutiny'

The options were also limited for Sarah and Tracy McWilliams — in a different kind of way.

Tracy McWilliams, 51, says he thought he would never marry again after his second divorce, much less to a white woman.

"It's hard enough being black, you know, and it was like incurring this increased level of scrutiny and hatred just by marrying outside of your race," he says. 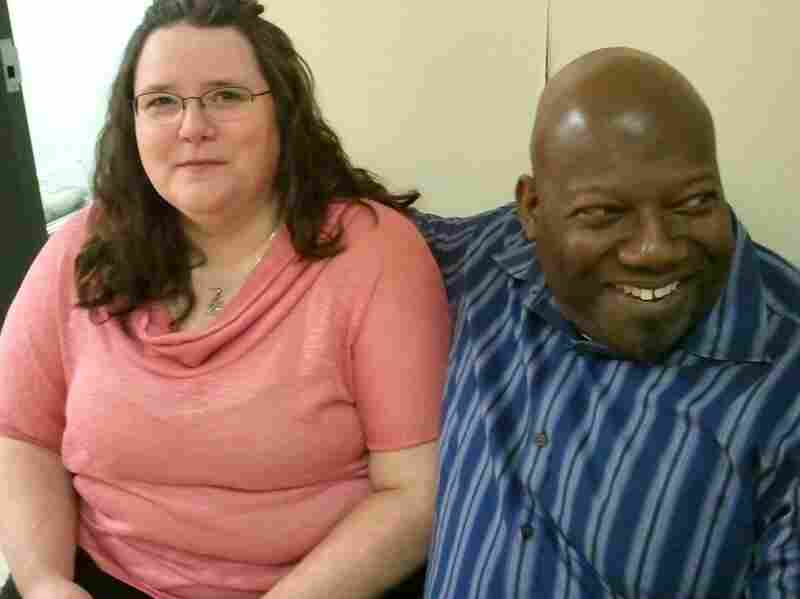 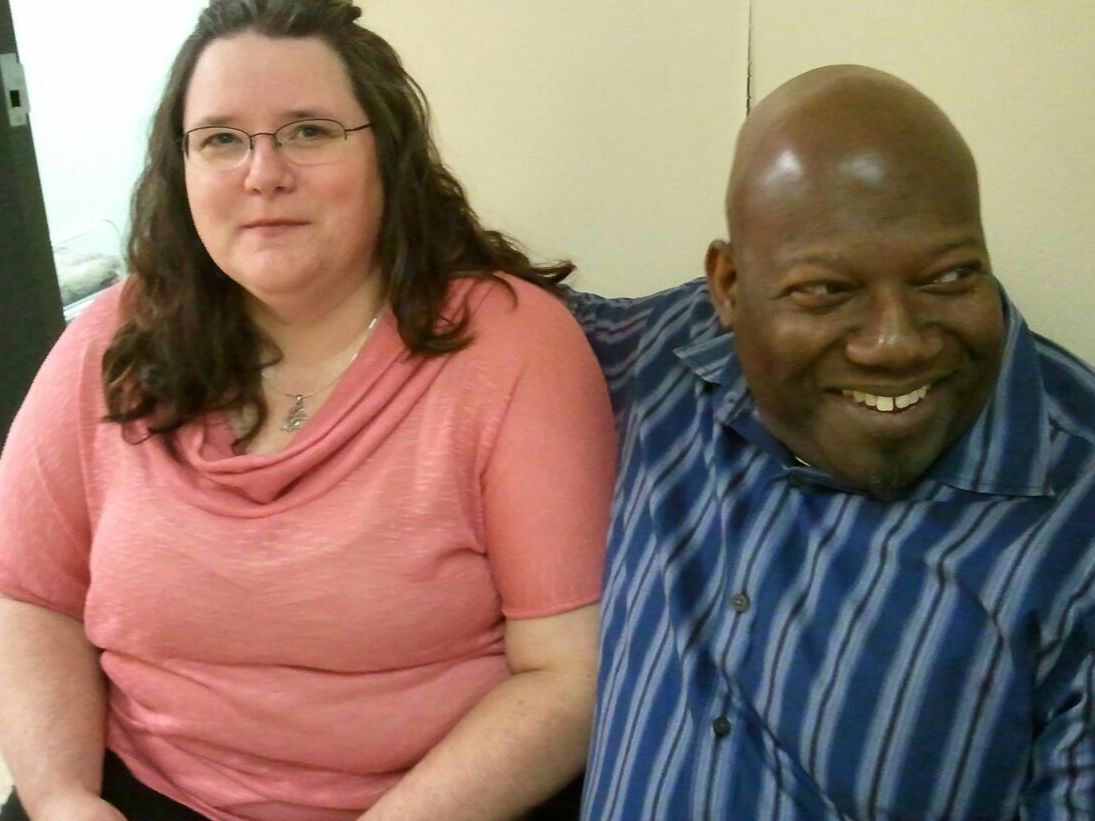 Still, he and Sarah McWilliams, 47, exchanged vows last year in front of a justice of the peace.

"That was really one of the happiest moments of my life," says Tracy McWilliams, who had trouble holding back tears during the courthouse ceremony near Baltimore.

Most states east of the Mississippi, including Maryland, fall below the national percentage of interracial and interethnic marriages, down into the single digits.

In southern states like North Carolina, where Sarah McWilliams grew up, that's part of the legacy of laws that once banned miscegenation.

"I was raised that you don't cross the barrier at all — not just [between] black and white, but anything other than white," says Sarah McWilliams, who also had a previous marriage with an African-American man.

The year after Sarah McWilliams was born, the barrier was broken legally by the U.S. Supreme Court in 1967 with its landmark ruling on the Loving vs. Virginia case, which struck down anti-miscegenation laws in Virginia and many other states.

The barrier was broken again later that same year on the big screen in Guess Who's Coming to Dinner, the 1967 film starring Sidney Poitier as an African-American doctor who falls in love with a white woman.

Almost a half-century later, Sarah McWilliams says she is surprised that her interracial marriage still draws attention in public.

A couple months ago at an IHOP near her home in suburban Maryland, she noticed that a woman at another table was staring at her and her husband as they chatted over their meal.

"I finally caught her eye and said, 'Are we interesting?' " Sarah McWilliams recalls.

The woman looked away, dropped her head, and walked out.

A white woman having a conversation in a restaurant with her black husband may have once been a "big thing" in America, but Sarah says, "I don't think it should make a difference anymore."