Accessibility links
What We Learned From Our Month-Long Exploration Of #XCultureLove : Code Switch We dive into four themes we saw during our month-long exploration of how race plays out in the dating world.

What We Learned From Our Month-Long Exploration Of #XCultureLove

What We Learned From Our Month-Long Exploration Of #XCultureLove 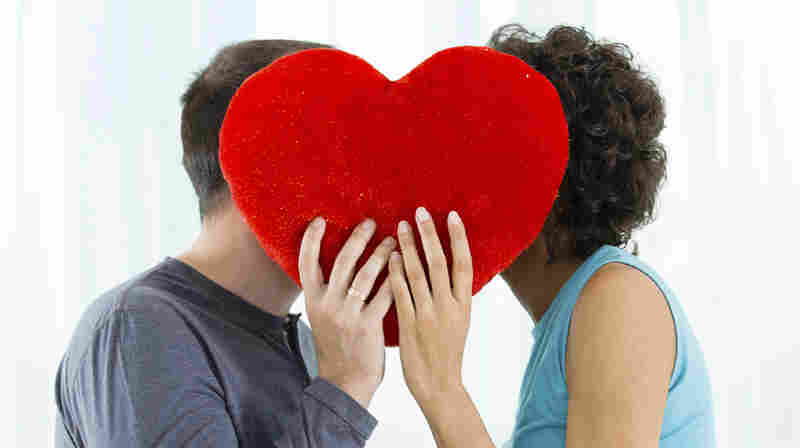 These photos make us think that maybe, it's time we start a Code Switch stock photo database. ... iStockphoto hide caption 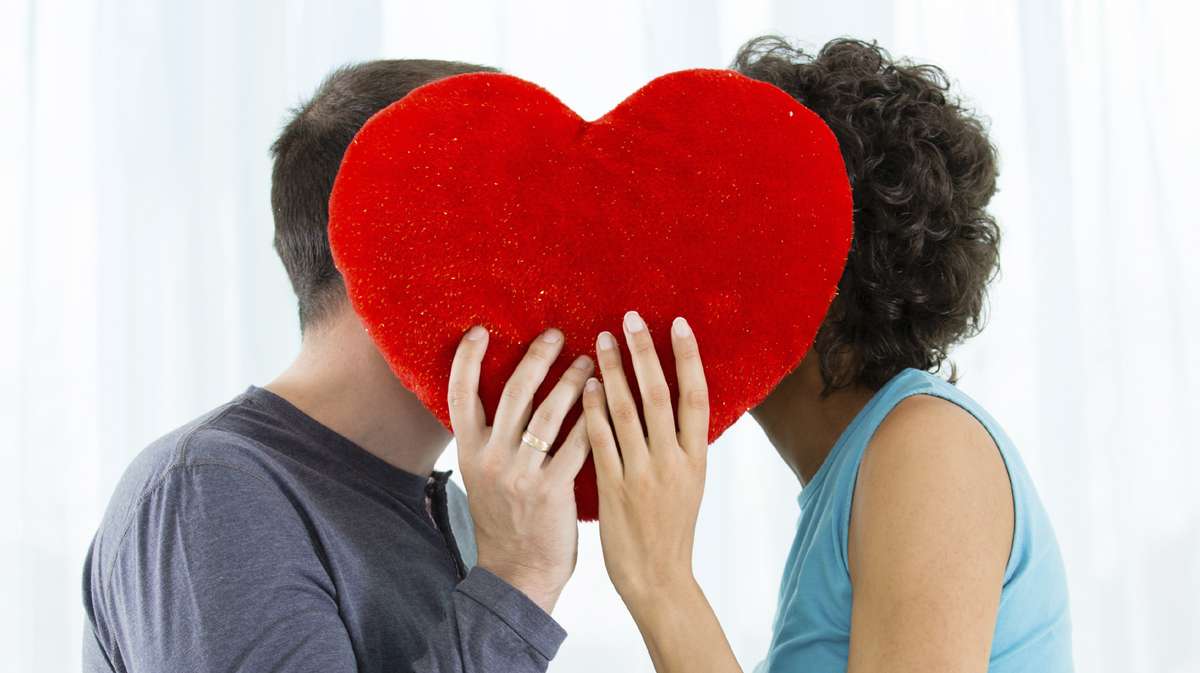 These photos make us think that maybe, it's time we start a Code Switch stock photo database. ...

Multiracial or cross-cultural romances are certainly much more common than they were at the time of I Love Lucy and Guess Who's Coming to Dinner. But after a month of exploring many aspects of these relationships with a diverse panel of participants, we suspect their dynamics are no less complex.

We gathered a group of 35 people from all around the country and peppered them with all sorts of personal questions. What have been your experiences with interracial and cross-cultural romance? Do you have racial or cultural preferences in whom you date, and if so, how were they formed? Can you share a story about the first time you met your partner's family/friends/social circle?

There's much that's still mysterious, but there's much we learned as well. And the exploration reinforced a lot of themes that are true in conversations about race, ethnicity and culture more broadly.

1) Food is either the killer app of cross-cultural romance, or potentially a romance-killer, depending on how you approach your partner's food traditions.

We kicked off our panel discussion with an open-ended prompt: Share your stories, essentially. People offered a number of fascinating perspectives, but it was striking how many experiences revolved around food. As panelist Noah Cho said, "Sharing in (or rejecting) another culture's food can be both something that bridges a cultural divide or expands the gulf between two different cultures."

Shehan Jayatilaka, a South Asian immigrant, talked about dating a white woman from the upper Midwest who "had a low tolerance for any food that wasn't grilled cheese." He said that as the relationship progressed, he started feeling tense about the potential mismatch between his and his partner's palate. "Food was so strongly woven into my identity," he said. "I was so scared that in her potential aversion to my cultural food, its array of flavors and smells, that the sight of a hardly eaten plate of rice and curry would feel too much like a rejection, particularly a rejection of me."

But when he brought his partner home, "My girlfriend ate it up. She loved it. And my family loved her for it. They loved her for getting seconds and I loved her doubly for it. And it was really one of the first non-American meals that we shared together that we both enjoyed. It was a relief for me, and some strong affirmation for myself."

Don't get us wrong, though: being open to someone else's cuisine does not necessarily give you cultural brownie points, as one of our participants, Jacky Guerrero, pointed out. Be careful about mentioning how much you like Indian food when you're trying to ask out that South Asian guy or gal you've had your eye on. Oh, you're Japanese? I love sushi! will not fly as a pick-up line.

And even when folks assimilate neatly into the cultural traditions of their partner's family, they can have mixed feelings about the reaction. As one panelist put it, "When I address my husband's relatives by the proper honorifics in the proper language, or manage to eat with chopsticks without spilling all over myself, I (still!) am sometimes regarded like a favored pet who has done something unexpectedly brilliant."

The reason food is such a powerful vector for cross-cultural connection is the nuance and intimacy involved in breaking bread with someone, and especially with someone's family. It takes work to learn or to teach the etiquette of a family table. "I often find myself correcting my boyfriend during dinner for silly things that someone in another culture would not find offensive," a participant said. "For example, when my boyfriend sticks his chopsticks in the middle of his rice bowl, my sister will give me the look and I'll hurry and take it out before my dad gets a glimpse. Or I will slap his hand whenever he starts digging into his food before anyone."

2) Everyone's experience of dating across racial and cultural lines is highly individual. It's hard to predict our own romantic paths, much less the paths of others.

Attraction, romance and love are deeply surprising and mysterious forces. The surprise and mystery are doubled by the fact that these forces involve an interplay between (at least) two people.

This means that people's racial and cultural backgrounds are increasingly poor predictors of how their romantic experiences will play out. To give one example, people reacted in completely different ways to growing up in ethnically or culturally homogenized towns. For some folks, being surrounded almost entirely by others who shared their background meant that their attractions and romantic choices remained almost entirely within their own cultural group. But for others, the homogeneity of their surroundings led them to seek romantic partners with widely differing backgrounds.

People's racial and cultural backgrounds are not only poor predictors of their romantic outcomes, they also tell us little about the history or nature of any relationship. We often repeated a request when we delved into personal conversations about these issues: "Please focus on sharing your own stories, and less on analyzing the experiences of others sharing with you." And we were amazed by the candid accounts folks shared within those parameters.

But the moment the conversation slipped beyond those bounds, people began to clash with each other over assumptions made or perceived about one another's relationships. "I look at a relationship like mine, with 18 years of commitment between two people, and the idea that the only reason I'm in it is because I've fetishized my husband or am secretly a racist is breathtakingly offensive," said one participant after a particularly contentious conversation about racial and cultural preferences. (We wrote about that conversation in an earlier post.)

A fairly constant theme in our conversations was how much people tended to be surprised by their own romantic outcomes. A common story went: I always thought I'd date one type of person, but I ended up falling in love with another. "I always saw myself with someone from a different racial background because I do not know many Japanese men, especially those who are second-generation like I am," said one participant. "I was completely taken by surprise when my current boyfriend came into my life. He is a second-generation Japanese American just like me, and there are some unspoken comforts that I never experienced because he understands where I come from."

If our own romantic experiences surprise us so much, imagine how bad we are at assessing one another's?

3) The most significant challenges of dating across racial and cultural lines tended to come not from strangers or others outside our cultural groups reacting to those relationships, but from family, friends and others within our groups.

Not long ago, some of the biggest barriers to cross-cultural or interracial romance were imposed or reinforced by the larger society. When we kicked off #XCultureLove, we noted that it's been 50 years since McLaughlin v. Florida, the Supreme Court case that struck down a Florida law forbidding interracial cohabitation. But in the contemporary stories our panel shared, the biggest obstacles tended to come not from law or society-at-large, but from family or friends.

This seems obvious in retrospect. Of course the reactions of the people you're closest to would be most significant. Still, it's something that surprised a lot of participants in our conversation. Many times, we heard variations on a theme: I expected my generally cosmopolitan and accepting friends or parents to react one way when I began dating someone from a different cultural background, but they reacted completely differently. "I expected the religion issues," said a Jewish panelist with a non-Jewish, Afro-Caribbean boyfriend, "but really did not expect the racial issues from my NPR-loving, Democrat-party-line-voting, super East Coast liberal parents."

"Parentally perfect." That's how one panelist described a romantic partner who met all the racial and cultural (and academic and economic) criteria her parents wanted in a new son-in-law. But family approval does not a love connection make, as more than one panelist pointed out. The "parentally perfect" prospect in question "turned out to be just a complete dick," the participant said. "I stayed in the relationship too long because my parents were so happy. That inspired me to at least consider dating different people. ... When I caught myself stealing glances at [her current partner], instead of not even considering dating him as I would have previously, I decided to go for it."

Many folks said the negative initial reactions from relatives and friends dissipated somewhat after the expenditure of time and effort. "My brother was a teenager when we moved," said one African-American panelist. "I remember my parents being concerned that he would 'bring home a white girl.' It wasn't necessarily a thing they discouraged — they never actually said the words, 'Don't date white people' — but it was more than understood. But I think they softened a bit when they realized that it was date white people or be alone."

"Initially the news of my existence caused great despair (an understatement, but we'll leave it at that)," said Laura Banish, a white panelist whose partner comes from an Indian family. "A lot of tears were shed, but after hard work on both sides his parents eventually grew to accept me and we married. I wasn't the Indian bride they envisioned, but we now have a very loving relationship."

4) People from different racial or cultural backgrounds can often bond over a shared cultural experience.

We heard from several folks who said they found other aspects of their partners' backgrounds to be stronger connectors than racial or ethnic roots.

"Even though our racial backgrounds are very different, our cultural and familial ties are very similar," said one panelist of her current relationship. "We are both middle children in between a brother and sister, we were all born in coinciding years. Our parents came from less than fortunate backgrounds and worked extremely hard for their children. We came from great communities full of friends and friends' parents who were all great role models. And we're both from massive crazy families."

Other participants talked about bonding with partners over being the children of immigrants, or identifying with others who grew up as the odd-race-out in a racially homogenous town. In some cases, these shared experiences were more powerful than shared cultural identities.

And this, perhaps, was the largest takeaway from #XCultureLove: Our racial and cultural identities are only some of the complex curry of ingredients that make us who we are. They're indelible and important; participants said they wanted their racial and cultural backgrounds to be respected within a relationship, not ignored or "overcome." But there are many other intersecting qualities of any individual that help determine the shape of that person's romances.

So as we wrap up this month — this deep dive, really — of interracial, cross-cultural romance, we want to know from you: What topics or themes should we look into next? Let us know in the comments.