Accessibility links
The Origin (And Hot Stank) Of The 'Chitlin' Circuit' : Code Switch This network of performance venues — nightclubs, bars, juke joints and theaters — formed during Jim Crow because black performers in the U.S. didn't have access to white-owned clubs. But what did chitlins have to do with it?

The Origin (And Hot Stank) Of The 'Chitlin' Circuit'

The Origin (And Hot Stank) Of The 'Chitlin' Circuit' 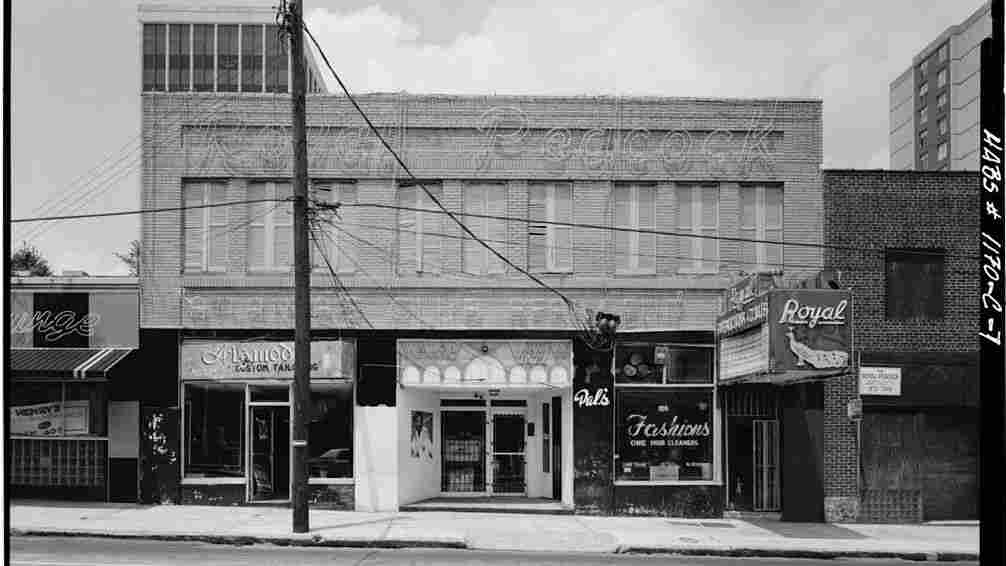 The Royal Peacock in Atlanta was one of the more famous venues on the Chitlin' Circuit. Libray of Congress hide caption 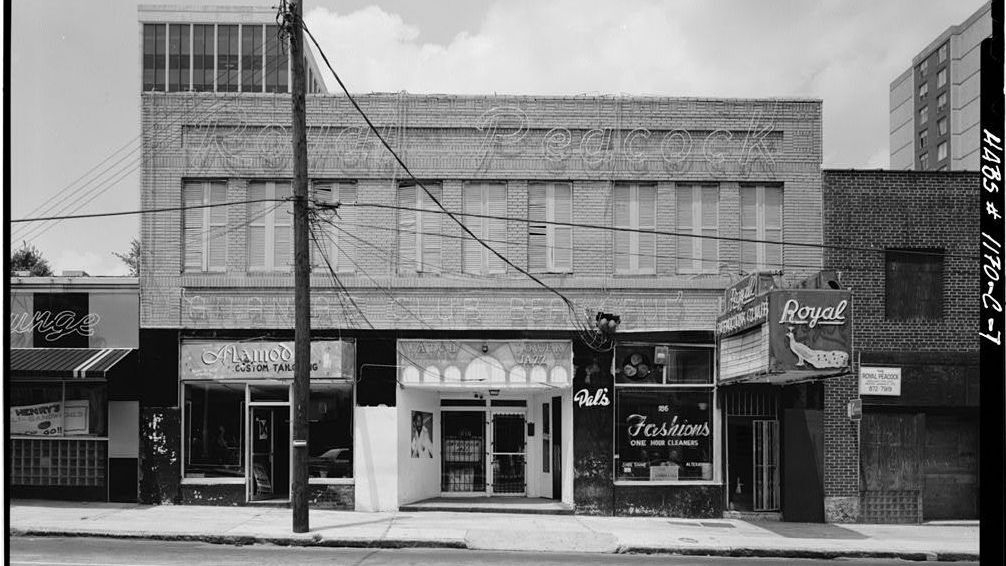 The Royal Peacock in Atlanta was one of the more famous venues on the Chitlin' Circuit.

For many people, chitlins (or chitterlings) are a tasty (or, for some, nasty) soul food dish made out of pig intestines. If you can get past what they are (or how badly they stank when cleaned and cooked), then you can shake some hot sauce or sprinkle some cha-cha relish on top and dig in. There's even an annual chitlin' festival in South Carolina.

Chitlins "became a traditional winter food of the American Deep South during Colonial times when, before refrigeration, hogs were slaughtered in December," according to the U.S. Agriculture Department. According to the Department's website, "Those not living 'high on the hog' were given the less desirable parts of the animal."

The "Chitlin' Circuit," however, was a group of performance venues located mostly in the South that were safe and acceptable places for African-American musicians and entertainers to perform during Jim Crow.

But what did chitlins have to do with it?

Frederick Douglass Opie, professor of History and Foodways at Babson College and blogger at Food As A Lens, says "the entertainers called it the Chitlin' Circuit because club owners sold chitlins and other soul food dishes out of their kitchens."

The name may also have been a play on the Borscht Belt, a moniker given to the Catskills Mountain region in upstate New York where many Jewish families vacationed during the 1940s, '50s and '60s. Jewish performers such as Milton Berle and Henny Youngman honed their acts and made a name for themselves in those resorts. Like Borscht Belt, Chitlin' Circuit was a colloquial name.

"It's definitely a vernacular term," says Preston Lauterbach, author of The Chitlin' Circuit and the Road to Rock 'n' Roll. "In the African-American press they were typically called the one-nighter circuit or the theatrical circuit, it was dressed up a little bit. Chitlin' was informal."

The Chitlin' Circuit was African-Americans making something beautiful out of something ugly, whether it's making cuisine out of hog intestines or making world-class entertainment despite being excluded from all of the world-class venues, all of the fancy white clubs and all the first-rate white theaters.

Preston Lauterbach, author of "The Chitlin' Circuit and the Road to Rock 'n' Roll"

But it's also a term that people have wrestled with for some time, Lauterbach says.

"It denotes a certain 'second-classness' because of the food that it is associated with," he says. "Little Richard, James Brown — these are strong ingenious personalities that don't really want to be lumped in with a term associated with 'second-class.' "

Still, there was something redeeming in the term, Lauterbach says.

Beyond The Chitlin' Circuit

It would be years before the phrase made its way into the mainstream, though.

"[Lou Rawls has] been credited with the term," says Ben Zimmer, executive producer of vocabulary.com and language columnist for The Wall Street Journal. "All the early examples of it ... are from interviews with him."

Zimmer is referring to two interviews with the singer, the first a Dec. 3, 1966 Billboard magazine piece:

As a result of the disk hits, [Lou] Rawls has become an artist in demand. He's booked solid through next August and is first starting to play cities off the "chitlin' circuit," his affectionate name for the small blues clubs.

The juke joints, bars and theaters were small and paid poorly, according to Jonathan Lighter, author of the Historical Dictionary of American Slang.

"It may be that playing such venues in the 1950s earned a young performer like Rawls just enough money to buy [chitlins]," he wrote in an email response to a query. 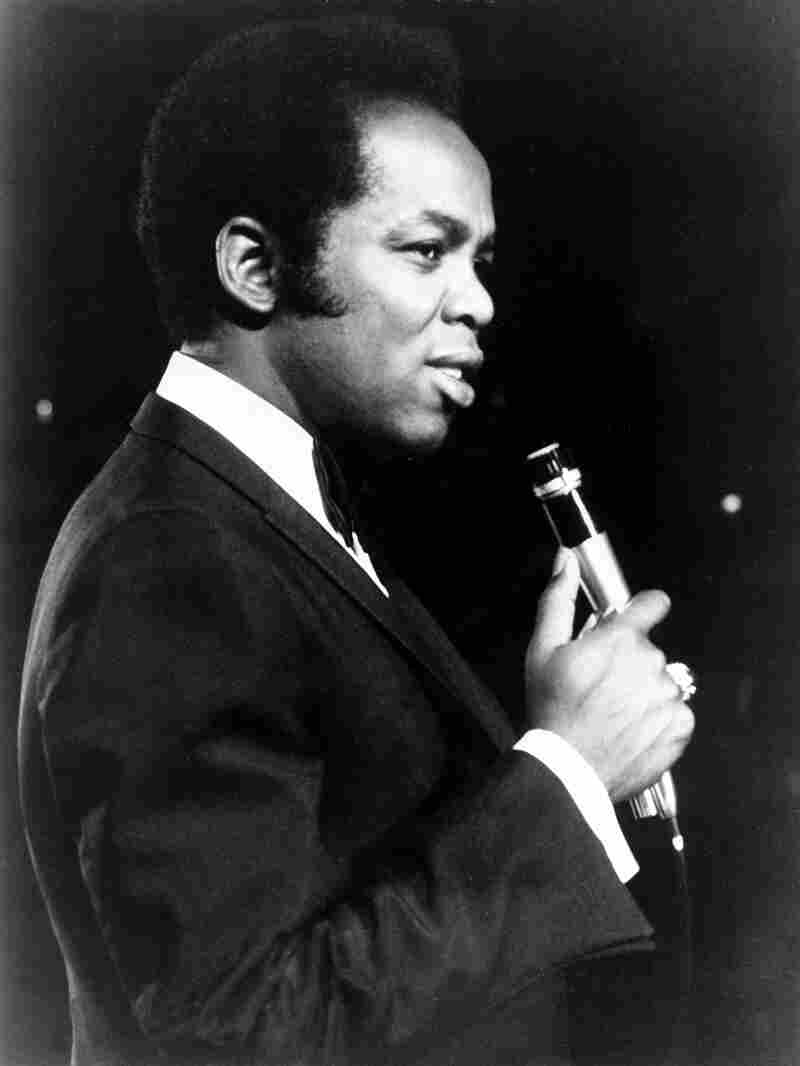 Lou Rawls performs in January 1971. The singer was one of a few black performers who got their start working the Chitlin' Circuit. AP hide caption 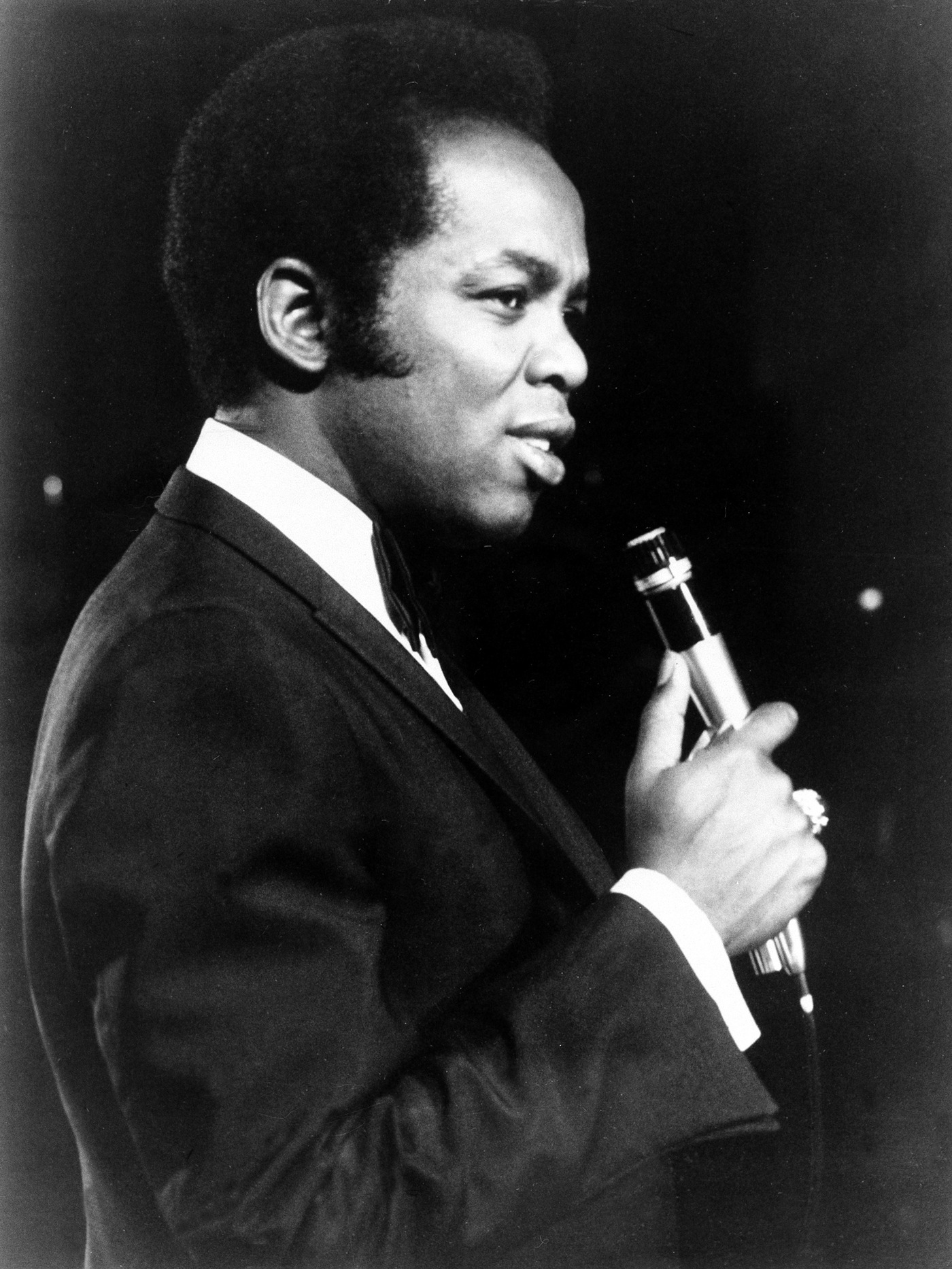 Lou Rawls performs in January 1971. The singer was one of a few black performers who got their start working the Chitlin' Circuit.

"For years I played night clubs, working the Chitlin' Circuit. These clubs were very small, very tight, very crowded and very loud. Everything was loud but the entertainment. The only way to establish communication was by telling a story that would lead into the song, that would catch people's attention."

"He was talking about the Chitlin' Circuit as these clubs that he was playing, he had just come out with an album Lou Rawls Live! ... and that album had a lot of these monologues that he would do in these different clubs," Zimmer says. "So he was talking about that experience, but it's interesting that that was when Lou Rawls was achieving enough fame that he didn't have to work the Chitlin' Circuit anymore, he was graduating beyond that."

More from the L.A. Times piece:

"All my albums, from the first one in 1962 with the Les McCann Trio, had sold pretty well, but strictly to the chitlin's [sic] circuit. It was the live album that really hit a mass audience."

"The Chitlin' Circuit was African-Americans making something beautiful out of something ugly, whether it's making cuisine out of hog intestines or making world-class entertainment despite being excluded from all of the world-class venues, all of the fancy white clubs and all the first-rate white theaters," Lauterbach says.

He adds, "I think ultimately there's a lot of pride in it."