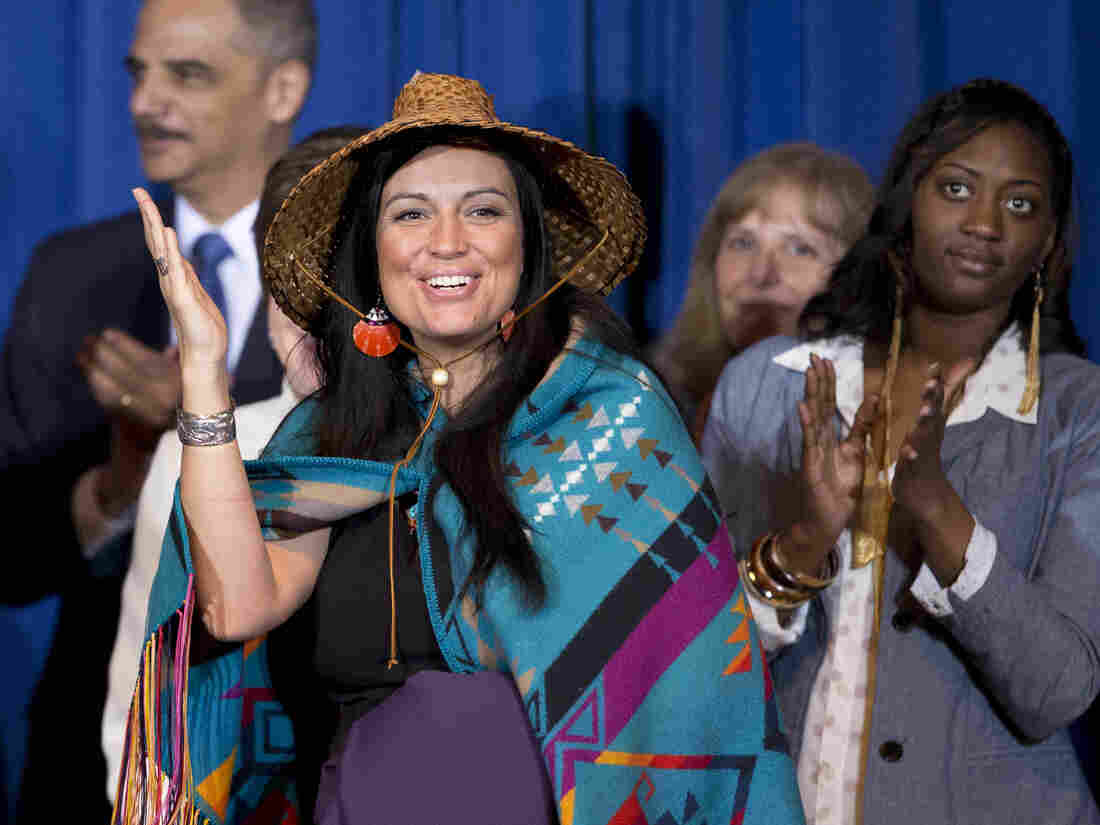 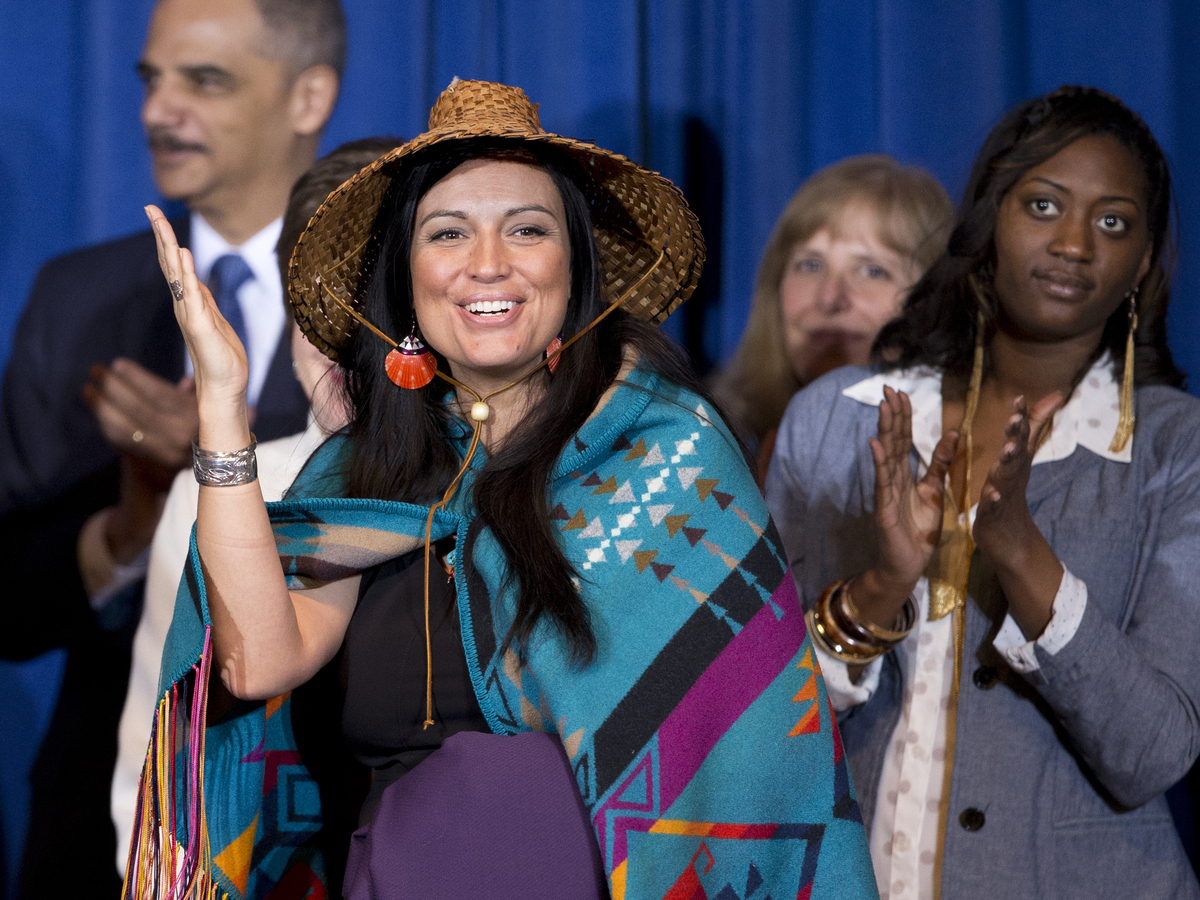 Deborah Parker, vice chair of the Tulalip Tribes of Washington state, reacts to President Barack Obama signing the Violence Against Women Act in 2013 in Washington.

This Thursday, three Native American tribes are changing how they administer justice.

For almost four decades, a U.S. Supreme Court ruling has barred tribes from prosecuting non-American Indian defendants. But as part of last year's re-authorization of the Violence Against Women Act, a new program now allows tribes to try some non-Indian defendants in domestic abuse cases.

It will be another year before the program expands to other eligible federally-recognized tribes around the country in March 2015. But the Department of Justice has selected three tribes to exercise this authority first, including the Pascua Yaqui Tribe of Arizona, the Confederated Tribes of the Umatilla Indian Reservation in Oregon, and the Tulalip Tribes, located north of Seattle.

Deborah Parker serves as the Tulalip Tribes' vice chair. For three years, she flew back and forth between Washington state and Washington, D.C., giving speeches and knocking on doors — an experience that she says felt like "going to war."

"You got to go to battle," Parker says, "and you have to convince a lot of people that native women are worth protecting,"

And that protection, Parker was convinced, had to come from Congress. So she pushed for legislation allowing American Indian tribes to prosecute non-Indian defendants in domestic violence cases.

About four out of every ten women of American Indian or Alaskan Native descent have "experienced rape, physical violence or stalking by an intimate partner," according to the Centers for Disease Control and Prevention. It's an alarming statistic that Parker knows all too well from growing up on the reservation.

"We didn't have a strong police presence when I was younger. Even [if you called] the police, often they didn't respond," she says. "When they did, they would say, 'Oh, it's not our jurisdiction, sorry.' [And] prosecutors wouldn't show up."

A Question Of Jurisdiction

Jurisdiction is the key word in this discussion.

In 1978, the Supreme Court ruled in Oliphant v. Suquamish Indian Tribe that tribal governments have no jurisdiction over crimes committed by non-Native Americans on tribal land.

Instead, tribes have to rely on federal prosecutors to take on such cases, and prosecutors have not always been able or willing to consistently pursue reports of domestic violence.

Deborah Parker and other advocates pushed to address this issue — and some lawmakers in Congress pushed back.

One of the most vocal opponents of the new program was Republican Sen. Charles Grassley of Iowa. He voiced his concerns about the constitutionality of the program during a Senate debate last February, weeks before the Violence Against Women Act was reauthorized.

Stepping Towards A Solution

But Fred Urbina, chief prosecutor for the Pascua Yaqui Tribe, says the provision that passed is fairly complicated and narrow. "This basically helped it pass through Congress and get approval, so everybody's describing this as a first step," he says.

"It is a ray of hope," she says "Maybe we can start protecting people and having the tribal members who live here on the reservation feel like something will be done."

Brent Leonhard, an attorney for the Confederated Tribes of the Umatilla Indian Reservation, also sees the program as a partial solution to "a mess created both by a Supreme Court decision and by federal law and policy."

"This is a step towards trying to improve that," he says.

Parker acknowledges that the program "doesn't answer all the questions" about how tribal governments can play a more direct role in addressing crime by non-Native Americans.

"But it allows us to exert jurisdiction and arrest those who violate protection orders [and commit] dating violence [or] domestic violence," says Parker, who adds that she hopes the program will give a stronger voice to more Native American women.