Accessibility links
Asian-American Contestant, 'Villain' Of 'Jeopardy,' Set To Return : Code Switch Arthur Chu's aggressive playing style on the game show Jeopardy! led to a four-day winning streak and has stoked racist comments on social media. He is set to appear on the show again on Monday. 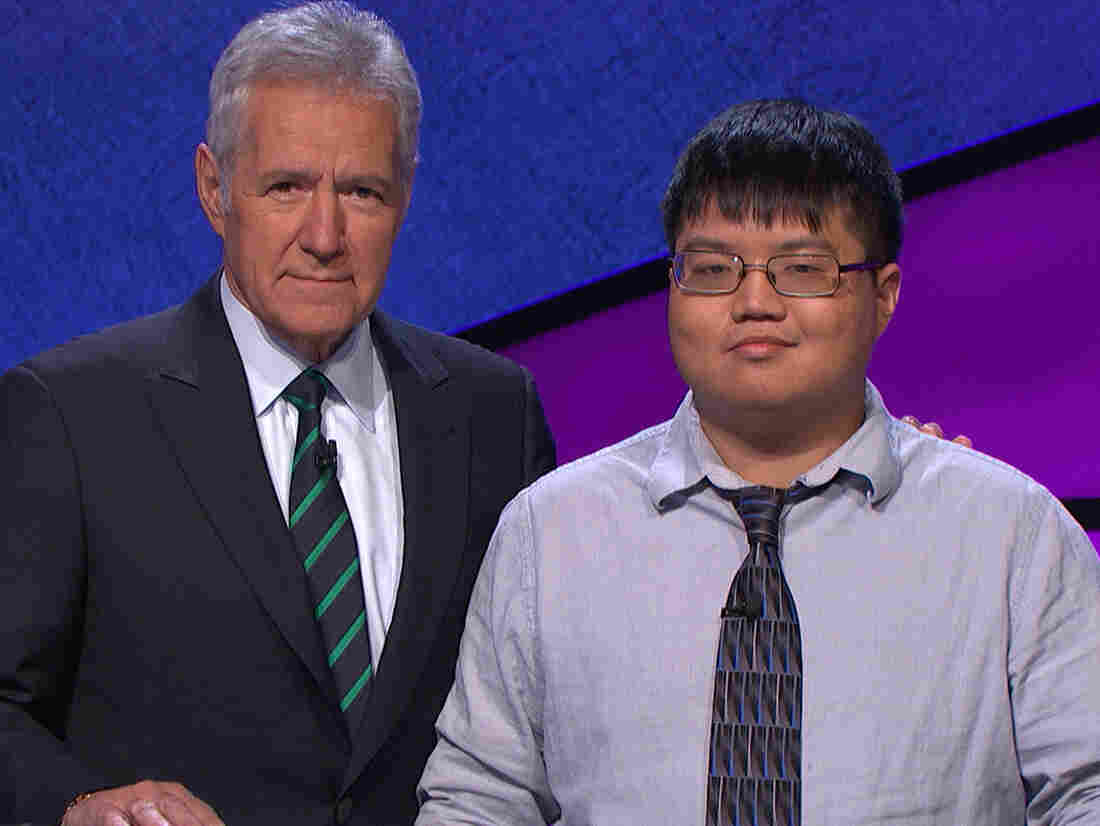 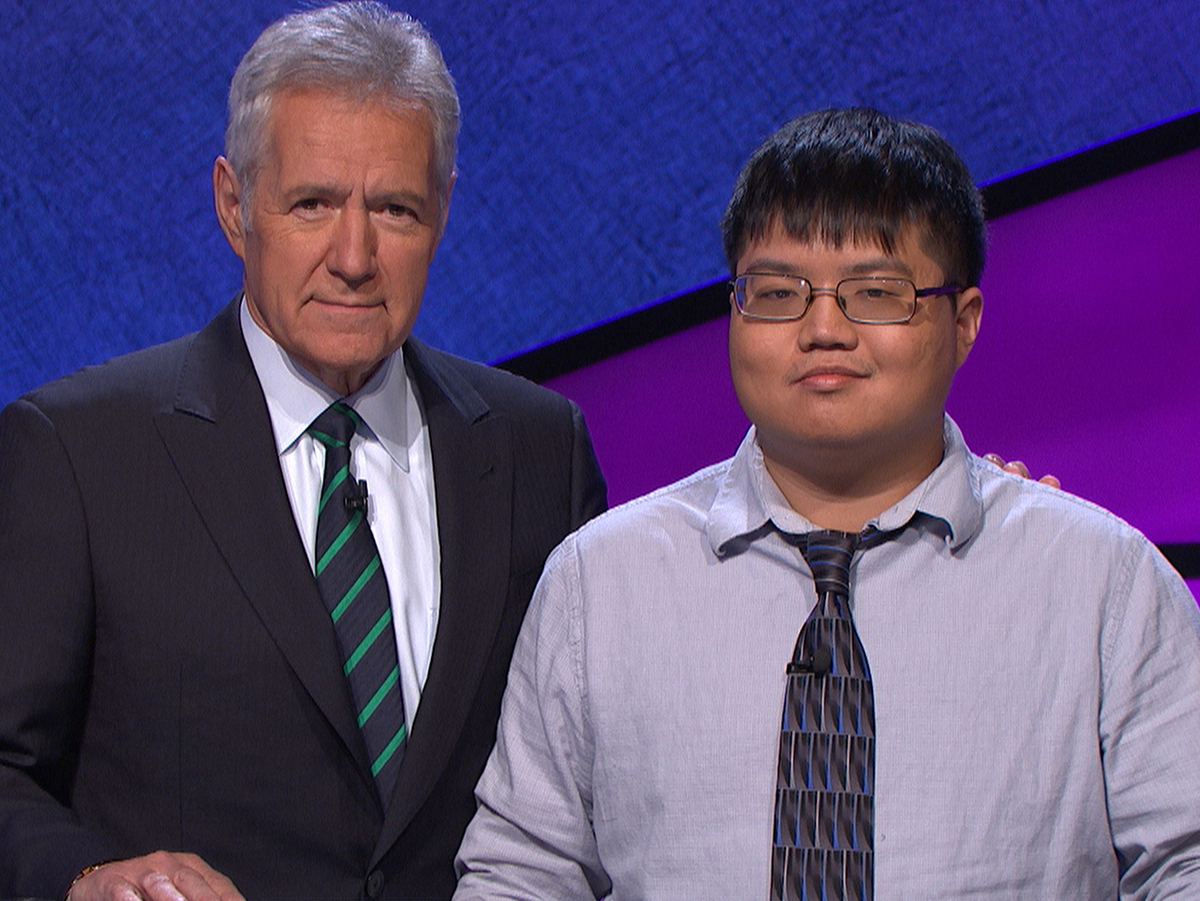 If there are any unwritten rules to playing Jeopardy! Arthur Chu may have broken them all.

During his four-day winning streak in late January, he sometimes interrupted host Alex Trebek and cut in before the host could finish a sentence. He often jumped to the hardest clues on the board first and furiously tapped his buzzer whenever he knew the answer.

The Jeopardy! contestant is set to return to the show on Monday, after making headlines and causing a frenzy on social media for his aggressive playing style and use of game theory.

Chu has been called many names on Twitter, including "the worst [Jeopardy!] contestant of all time" and a Jeopardy! "villain." And some viewers have tweeted at him directly:

@arthur_affect you are the biggest tool I have ever seen grace the Jeopardy stage. I hope Trebek knocks you out cold.

@CheeksAndDekes He knocked me out from the moment he walked out on stage! *swoons*

Other Twitter musings about Chu have been a bit more personal. "So I ruined family dinner by calling my mom and stepbrother out for saying [expletive] things about the winner on Jeopardy ([because] he was Asian)," wrote another tweeter.

And to his surprise, Chu thanked him for "getting [his] back" and later wrote back:

@Memenaar No worries, tell the fam I'm sorry for coming over and taking their jobs

Chu says the de facto job for many contestants after they appear on Jeopardy! is dealing with the peanut gallery.

"People always make fun of the people on Jeopardy! And they don't realize [that] when you're on Jeopardy! you have 20 minutes, and there's this really high-stakes prize," says Chu, whose prize currently totals $102,800.

The son of immigrants from Taiwan, Chu was born in Albany, N.Y., and later moved with his family to Rhode Island and Los Angeles. (Full disclosure: Chu and I both attended Swarthmore College in Pennsylvania. We overlapped a year on campus.)

Now at age 30, he works as a compliance analyst at an insurance company near Cleveland, and on the side, he does community theater and some voice-over work.

Chu says he can understand why his Jeopardy! appearances may have gotten some of the show's fans so upset.

"I kind of fit a certain stereotype of the hyperfocused, unlikable Asian nerd," he explains. "And the fact that I'm the Asian guy means that I'm not the underdog, that I'm the bad guy. And some regular person who the audience can identify with is the underdog."

Underdog or not, Chu says he decided to not take the online chatter sitting down.

"I think we've reached the point where someone like me can stand up for myself and say, 'You know, I'm not ashamed for being the kind of person that I am. And if you try to shame me about it, I'll hit back,' " he says.

Chu will be back on Jeopardy! next week in a show prerecorded last November, before the social media backlash. But even if he could change his playing style or how he looked on the show, he says he wouldn't.

The last words of a soon-to-be Jeopardy! has-been?