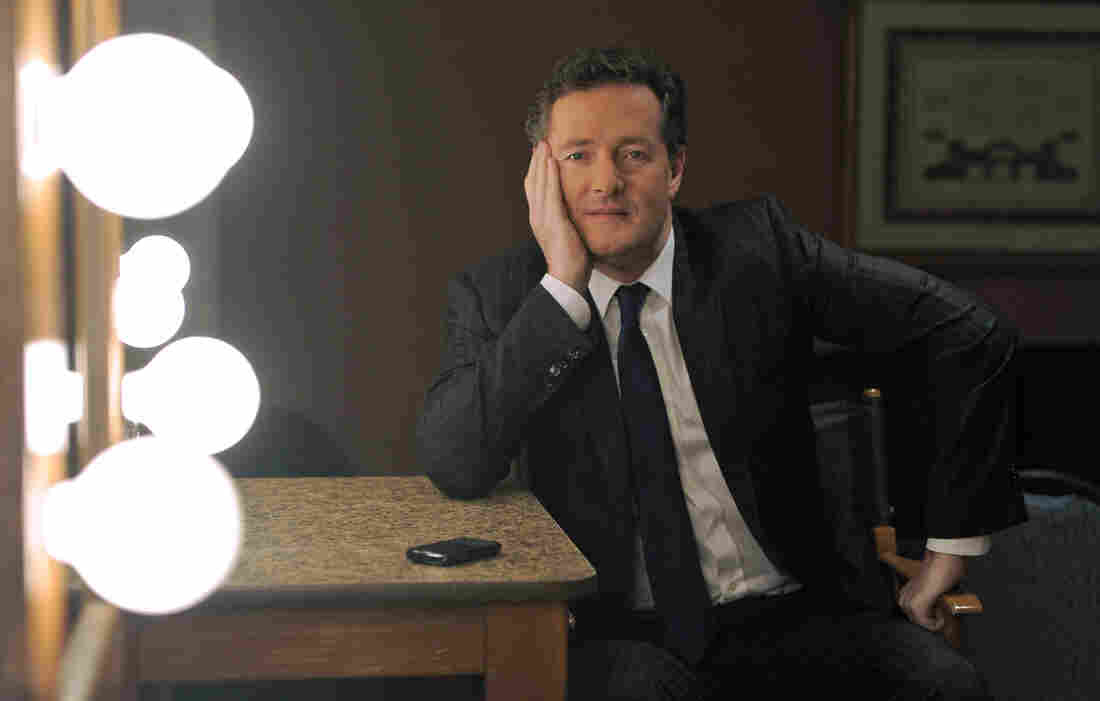 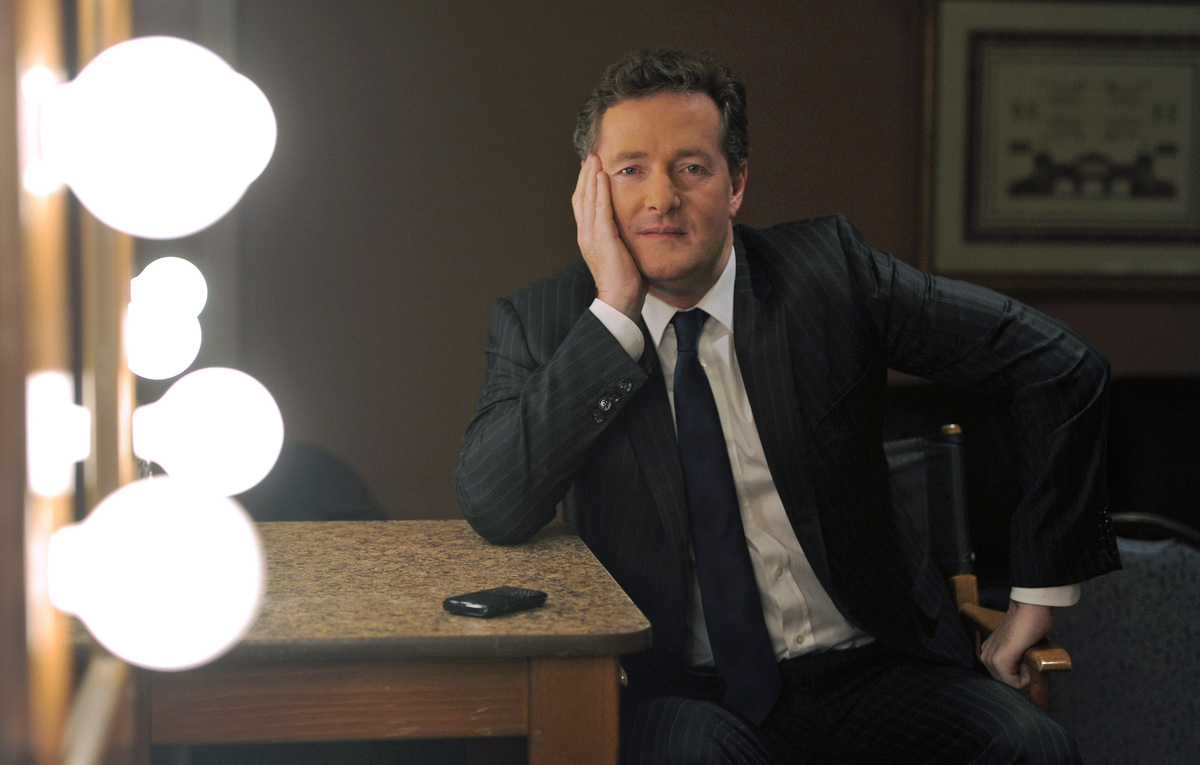 Piers Morgan poses for a portrait backstage during a 2011 press tour.

When the interviewer for BBC Radio finally reached me Monday to talk about the failure of Piers Morgan's 9 p.m. interview show on CNN, she basically had one question, asked many different ways.

To be honest, there are signs of cultural fatigue. Just over two weeks ago, Fox TV announced the departure of another headstrong British star, American Idol alum Simon Cowell. His singing competition The X-Factor was canceled in the U.S., requiring the man who was once the sharp-tongued megastar of the highest-rated show on television to head back across the pond.

Look, I am a British guy debating American cultural issues, including guns, which has been very polarizing, and there is no doubt that there are many in the audience who are tired of my banging on about it.

Now Morgan, whose gleefully self-centered egoism led to successful turns on both America's Got Talent and The Celebrity Apprentice, has told the New York Times his 9 p.m. show will soon be canceled by CNN.

"Look, I am a British guy debating American cultural issues, including guns, which has been very polarizing," he told columnist David Carr, "and there is no doubt that there are many in the audience who are tired of my banging on about it."

For a critic who has banged on a bit himself about the destructive nature of glorifying professional tyrants on so-called reality TV shows, it was a tempting conclusion.

Are we approaching the exit of the British bully from American TV?

As a recent commercial for Jaguar sports cars reminded us during the Super Bowl — and could there have been a more Americanized showcase for the message? — we Yanks love to see the English as villains in films.

The perfect diction. The entitled manner. The foreign-sounding accent. These made the perfect bad guys to align against charismatic, identifiably American heroes; from Bruce Willis' John McClain, who dumped Alan Rickman off a building in the first Die Hard movie, to Iron Man, The Hulk and, yes, Captain America ganging up on Tom Hiddleston's Loki in one of Hollywood's highest-grossing movies, The Avengers.

But as reality TV was taking over the U.S., there was an exception made there for a certain kind of British figure. An alpha male, gleefully convinced of his own talent and accomplishments, fully willing to inflict his opinions on anyone careless enough to earn his ire or contempt.

From judge Len Goodman cracking down on B-list celebrities looking for a career boost on Dancing with the Stars to chef Gordon Ramsay insisting contestants on his Fox TV cooking competition Hell's Kitchen made dishes resembling dog excrement, American television welcomed outsized British egomaniacs with a willingness to share. And Morgan fit quite comfortably in that crowd.

A former editor of Britain's Daily Mirror newspaper who became a TV star in England through interview shows and reality TV competitions, Morgan first made waves in the U.S. as a Cowell-like judge on the talent competition created by the former Idol judge for NBC, America's Got Talent.

By the time he joined CNN as a replacement for longtime interviewer Larry King in 2011, Morgan seemed another example of how compelling British bad boys could be for U.S. TV viewers.

But Morgan's show, which really needed to articulate another vision for CNN in an era where simply reporting the news wasn't enough to generate big ratings, never managed that feat. As King himself couldn't help noting in some interviews, often the focus of Piers Morgan Live was Piers Morgan.

Even before King left, there was a serious question about whether cable news viewers wanted to watch long interviews in prime time. And Morgan, who often struggled in the ratings, found himself caught between two powerhouse competitors when Fox moved popular daytime anchor Megyn Kelly to 9 p.m., where MSNBC's biggest star, Rachel Maddow, was already in place.

Truth be told, there are lots of reasons why Morgan's show never really clicked at CNN. And as long as British TV bullies like Ramsay and Restaurant Impossible host Robert Irvine remain popular, there's an argument to be made that Americans haven't entirely kicked that habit, either.

Still, with Morgan losing his 9 p.m. perch on CNN, another one of American TV's highest-profile, in-your-face British personalities is now leaving prime time.

And if that's a sign that Americans have tired of watching a certain kind of Englishman throw his weight around on the small screen, that might be a welcome change, indeed.