Accessibility links
Sriracha-Maker Given More Time To Contain Spicy Fumes : Code Switch The LA suburb of Irwindale has had to balance its need for business success against complaints from residents about the plant's fumes. Huy Fong Foods makes the hot sauce in the rooster bottle. 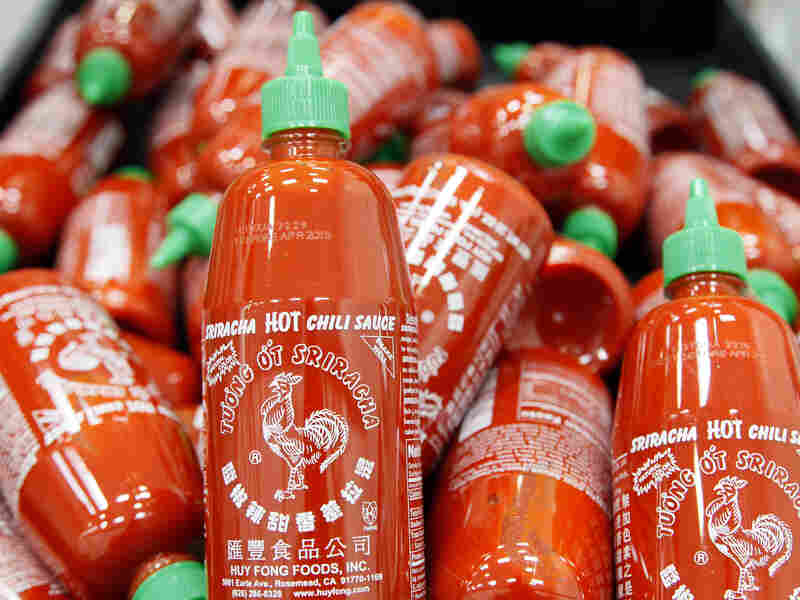 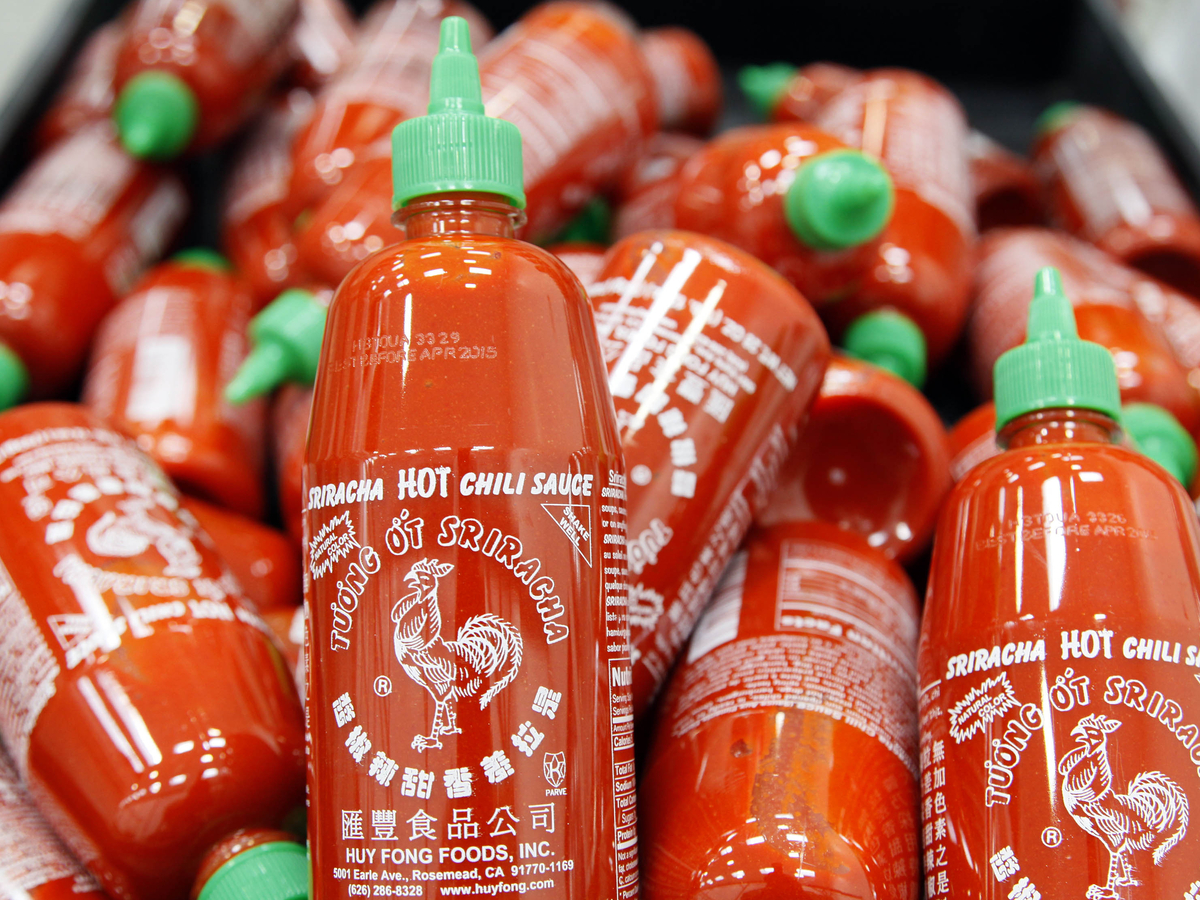 The saga over the darling of the condiment world, Sriracha, continues.

The popular hot sauce in the rooster bottle is made by Huy Fong Foods in the Los Angeles suburb of Irwindale. The city has had to balance its need for business success against complaints from some residents about spicy fumes from the plant.

Wednesday night, after a contentious hearing, Irwindale's city council decided to give Huy Fong a bit more time to figure out how to contain those fumes.

The Sauce America's Hot For

The hot sauce for hipsters (and the rest of us), Sriracha (the first "r" is silent) has gotten widespread national attention since some Irwindale residents complained. They say that when the red jalapenos that give the sauce its distinctive color are crushed, the fumes from the chilies become a big problem. Last fall, during grinding season, Yolanda Wested told CBS News she couldn't stay outside.

"We had a bridal shower, we had to have the guests go inside, because they were choking, hacking, it was right in the throat," said Wested.

The people who have complained say during the 12-week period in which Huy Fong Foods grinds its fresh jalapenos, the air is downright dangerous. But not everyone agrees. I don't smell any," says Young Whang, the proprietor of a liquor store right across from Huy Fong headquarters. "I came to my customer, I ask her sometime — 'You smell any?' They say no."

But in a city with a population just under 1,500, even a few complaints matter. Writer D.J. Waldie has spent several decades chronicling the evolution of Southern California's suburbs in books such as Holy Land — a history of his suburb, Lakewood, near Long Beach. He says Irwindale's size is a large part of why the local government is taking these complaints so seriously.

"City councils, particularly in small communities, have a very small electorate, and they have to worry about the anger or uncertainty of just a few hundred people," says Waldie. Even a few dozen disgruntled voters could make the difference between being re-elected — or not.

Maybe even fewer than that. A representative from the South Coast Air Quality Management District told NPR that while 61 complaints about Irwindale's eye-watering air had been received since October, 41 of those complaints came from only four addresses. Media manager Sam Atwood said agency personnel investigated most complaints, but could only trace the odor to Huy Fong on three days.

So: Revenue and the cachet of producing one of the world's most recognized condiments, or occasionally irritating the sensitivities of a few residents — which carries more weight? 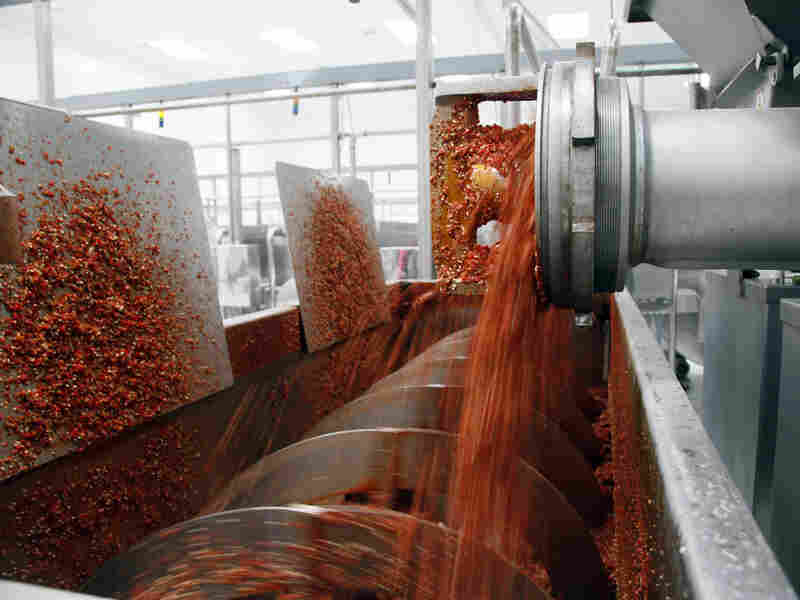 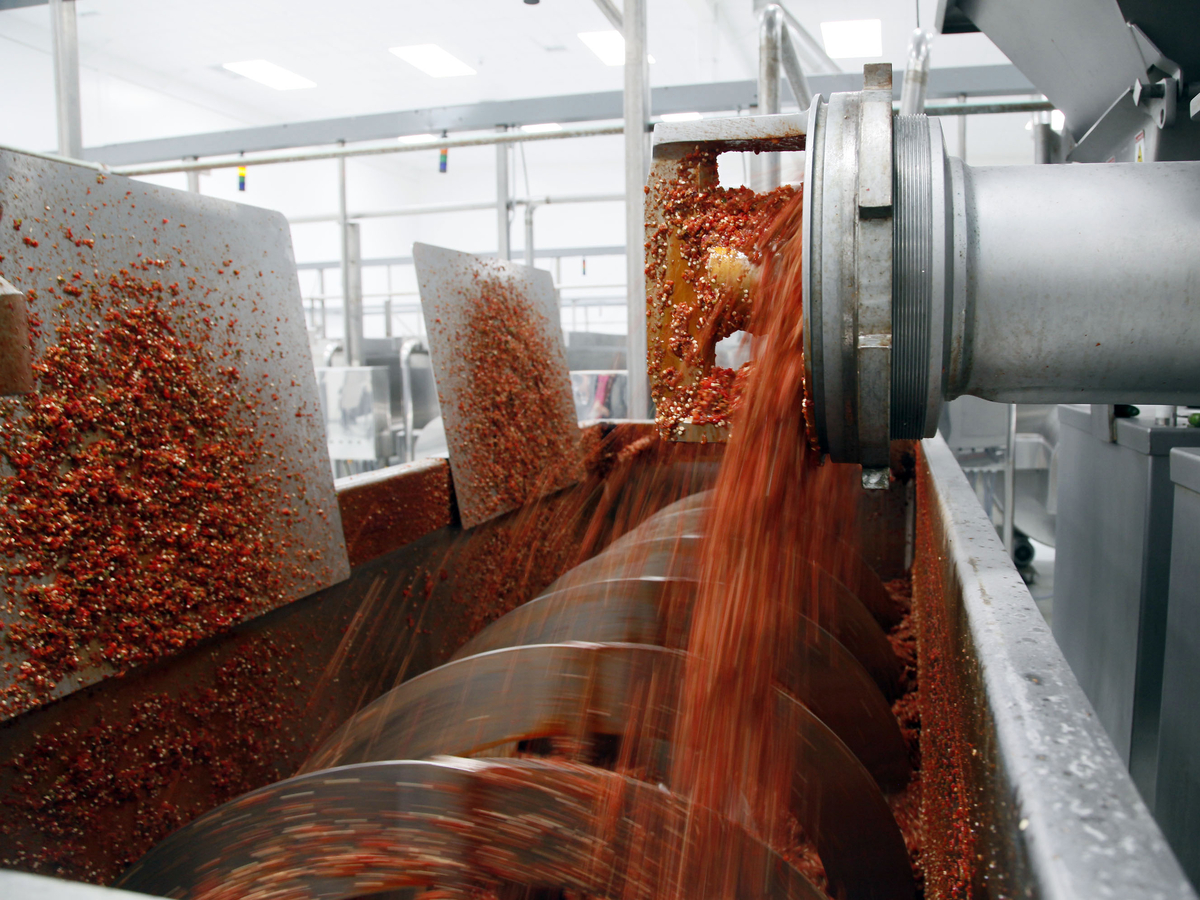 All heat and spice inside the Huy Fong Foods grinding rooms.

"Both have decent arguments,' says Jody Armour, law professor at the University of Southern California. "But that's what makes it a tough case in a lot of ways."

Armour says Huy Fong's clash with its neighbors represents two legitimate, competing interests. On the one hand, Armour points out, you have mostly Latino neighbors who strive to maintain well-kept blocks and don't want to see — or smell — any slippage in standards. Many have come from less well-off environments and have worked hard to buy their piece of the American dream.

"Communities of color are concerned with being blighted," says Armour. Even small infractions can look like the beginning of a downward slide no one wants to be pulled back into. They're also sensitive, Armour says, to perceived differences in services: If Irwindale were mostly white, with higher incomes, would the smell residents believe comes from Huy Fong be tolerated?

On the other side is David Tran, who came to the United States as a Vietnamese refugee with nothing. His entrepreneurial spark turned a taste of home into $60 million in sales last year. He's the quintessential success story: A Vietnamese refugee of Chinese ancestry makes a condiment with Thai roots into a food staple — from America. Irresistible, right?

Filmmaker Griffin Hammond produced a documentary called Sriracha with Tran's cooperation. While filming, Hammond visited the factory during grinding season. He says that while the smell inside the grinding room can be "pretty unbearable," it is barely noticeable from outside.

"Once I stepped outside the grinding room, I didn't smell it anymore," says Hammond. "They have it nicely cordoned off. And every time I've stepped outside the factory, I've never smelled it." (He also said that the smell bothered him less with every day he went back and noted that many of Huy Fong's employees don't wear goggles when they're grinding the peppers.)

Wednesday night, representatives from the Air Quality Management District read a letter at Irwindale's City Council meeting offering to work with Tran to "suggest and evaluate" ventilation designs that would resolve odor issues, so he and the city can coexist peacefully.

Meanwhile, people in other cities, including some on the East Coast, have invited Tran to move Huy Fong to their region. Hammond believes that's highly unlikely.

"Of course they're not going to move to Philadelphia," sniffs Hammond. "There are no fields of red jalapenos in Pennsylvania."

Although they do put Sriracha on cheesesteaks ...