Accessibility links
Americans Think Illegal Immigrants Should Stay — And Leave : Code Switch According to a new report, most Americans think undocumented immigrants should be able to stay in the country. But nearly half of them also think the sharp increase in deportations is positive. 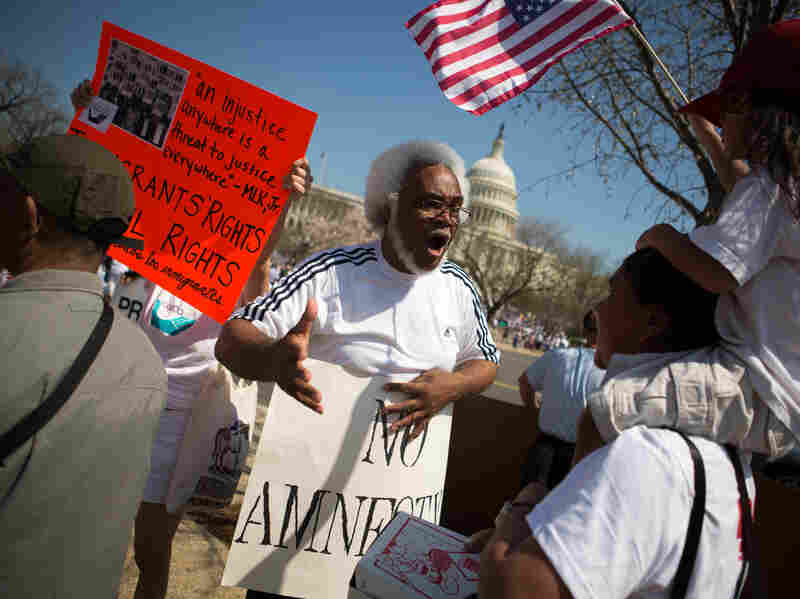 Americans are deeply divided over how to handle illegal immigration; they're likewise split over whether the recent rise in deportations is a good thing. Allison Shelley/Getty Images hide caption 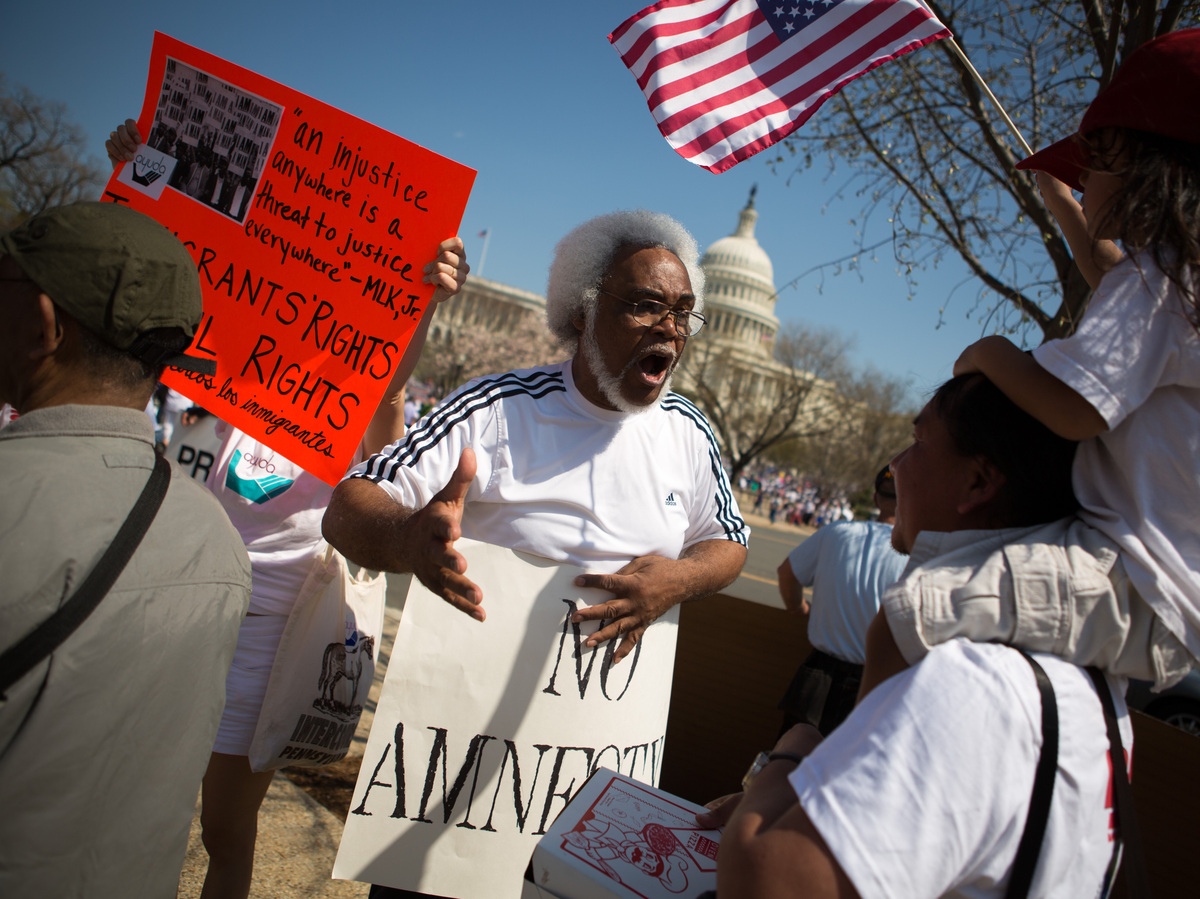 Americans are deeply divided over how to handle illegal immigration; they're likewise split over whether the recent rise in deportations is a good thing.

For the American public, illegal immigration is a mixed-feeling situation.

According to a report released Thursday by the Pew Research Center, most Americans think undocumented immigrants should be allowed to stay in the country — but, nearly half of them also say they are satisfied with the recent rise in deportations.

The country's annual deportation rate has been on a sharp rise throughout the past decade, reaching a record high of almost 420,000 cases in 2012. Between 2009 and 2012, more than 1.6 million undocumented immigrants were expelled from the country — that's almost the total number of deportations that took place under former-President George W. Bush's two terms in office.

House Speaker John Boehner and other major Republican figures have stated that it is unlikely for any significant developments in immigration policy to take place this year. Still, this Friday, Democratic Sen. Chuck Schumer of New York told NPR that he still had hopes that the House would approve the pending legislation in 2014.

"I think it is bad for it not to happen, our system is very broken," said Schumer. "The Congressional Budget Office says that if we pass immigration reform, GDP would go up 3.5 percent — that's more than any Republican tax cut and any Democratic spending program."

The report reveals that a large majority of the population — about 73 percent — believes undocumented immigrants should be given a way to remain in the country legally under certain circumstances; even though less than half actually support providing them with a pathway to citizenship.

"A continuing, large majority favors providing a pathway to legal status," says Carroll Doherty, director of Political Research at the Pew Research Center. "You have 64 percent of Republicans, 81 percent of Democrats — that principle of providing those who are in the U.S. illegally with legal status is broadly supported. And there's been no change in over a year or so." 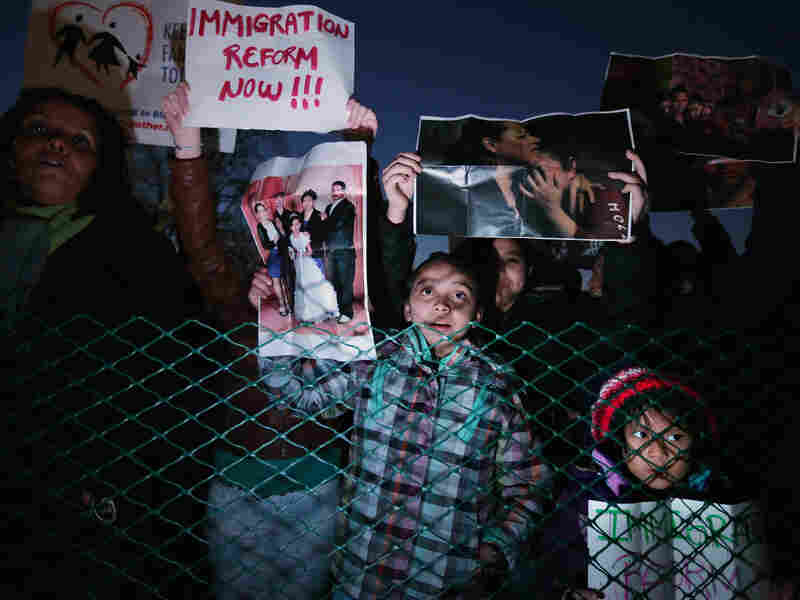 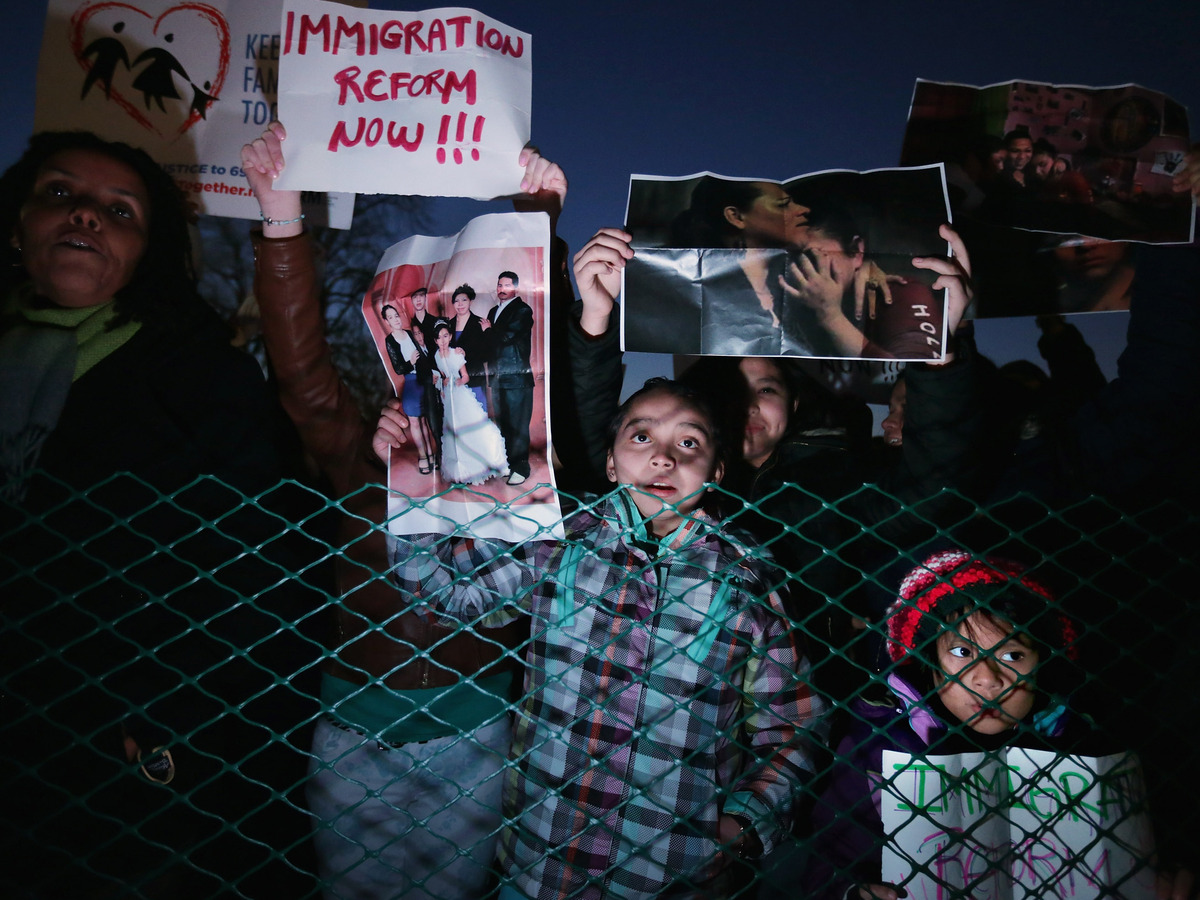 However, the country is largely divided in regards to the substantial rise in deportations that has taken place throughout the Obama administration: About 45 percent of all respondents said they viewed the trend as a "good thing," while roughly the same percent called it a "bad thing."

"I think people feel somewhat conflicted," says Doherty. "There's a sense of sympathy towards undocumented immigrants, but on the other hand they get caught up by the fact that they are here illegally."

Hispanics are by far the population most supportive of the immigration bill. Almost nine out of every 10 agree with allowing illegal immigrants to remain in the country, according to the survey, and 60 percent of Hispanics say they dislike the increase in deportations. Hispanics are also far more likely than non-Hispanic blacks and whites to support an eventual pathway to citizenship for those that are undocumented.

Republicans are the most likely to be encouraged by high deportation numbers. A small majority of them see the trend as positive, while a small majority of Democrats say the opposite. Independents remain extremely divided over the same question: About 46 percent look at the trend favorably, while 43 percent say the contrary.

About half of all Americans define passing immigration reform as an "extremely important" or "very important" issue.