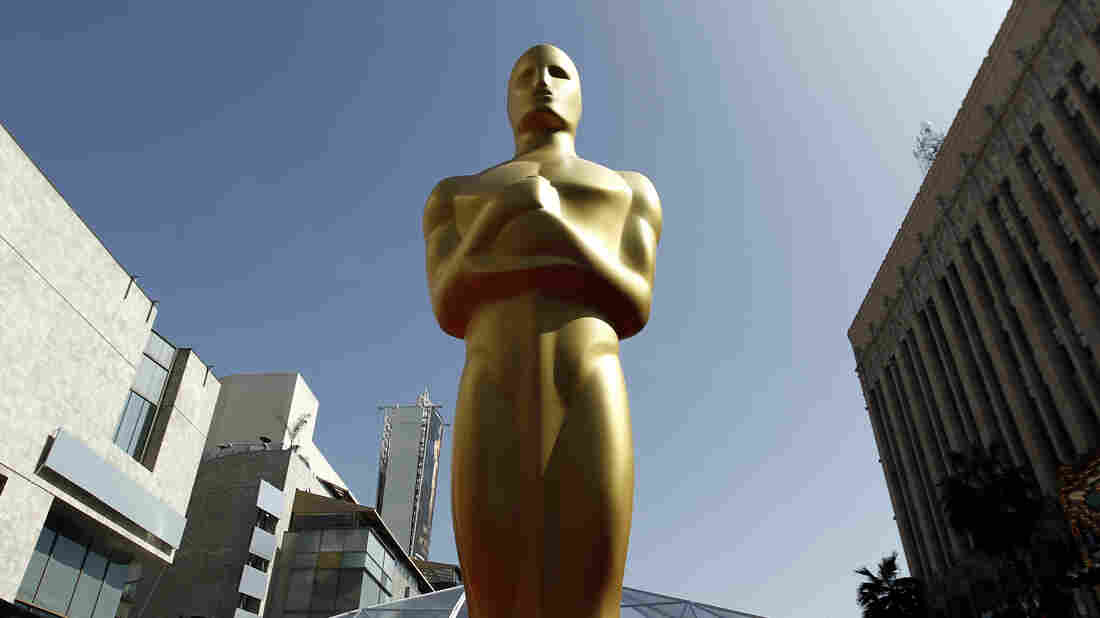 See any resemblance? The Oscar is said to be modeled after Mexican actor and director Emilio Fernandez. Matt Sayles/AP hide caption 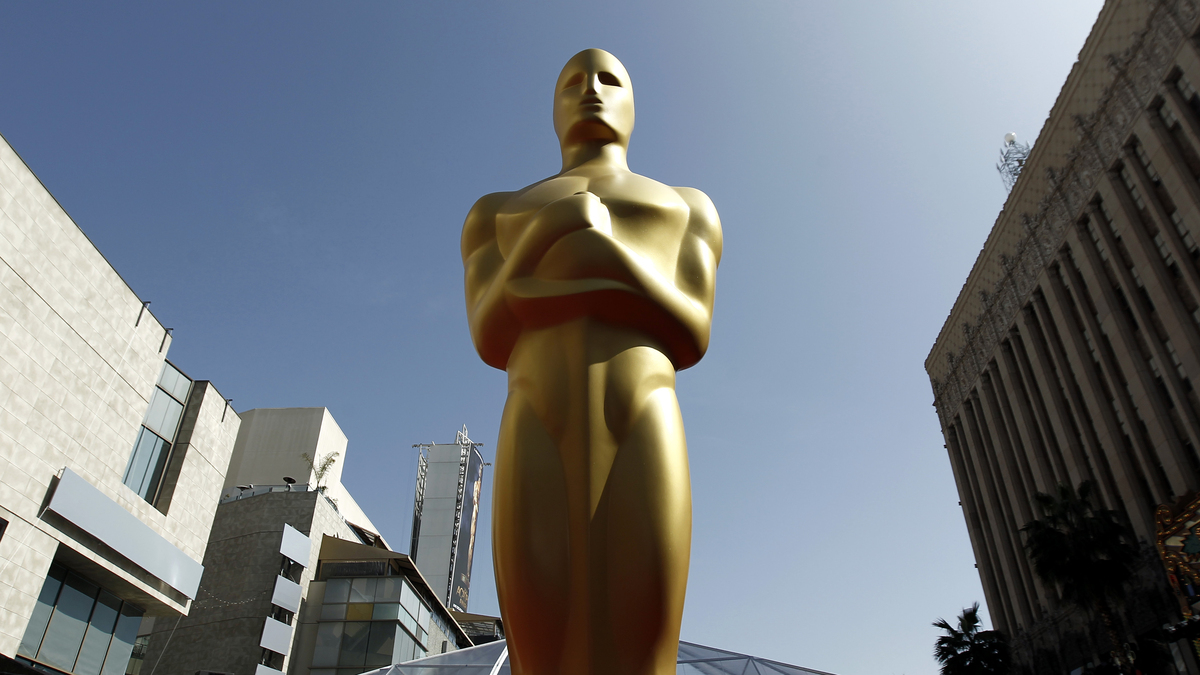 See any resemblance? The Oscar is said to be modeled after Mexican actor and director Emilio Fernandez.

The 8-pound, 24-carat-gold-plated statuette that will be handed out at the Academy Awards Sunday night is said to be modeled after a real man.

That man's name is not Oscar.

It might be Emilio, Emilio "El Indio" Fernandez. He was a famous Mexican director and actor who used to live in Hollywood in the 1920s. His nickname, "The Indian," came from the Kickapoo side of his family. 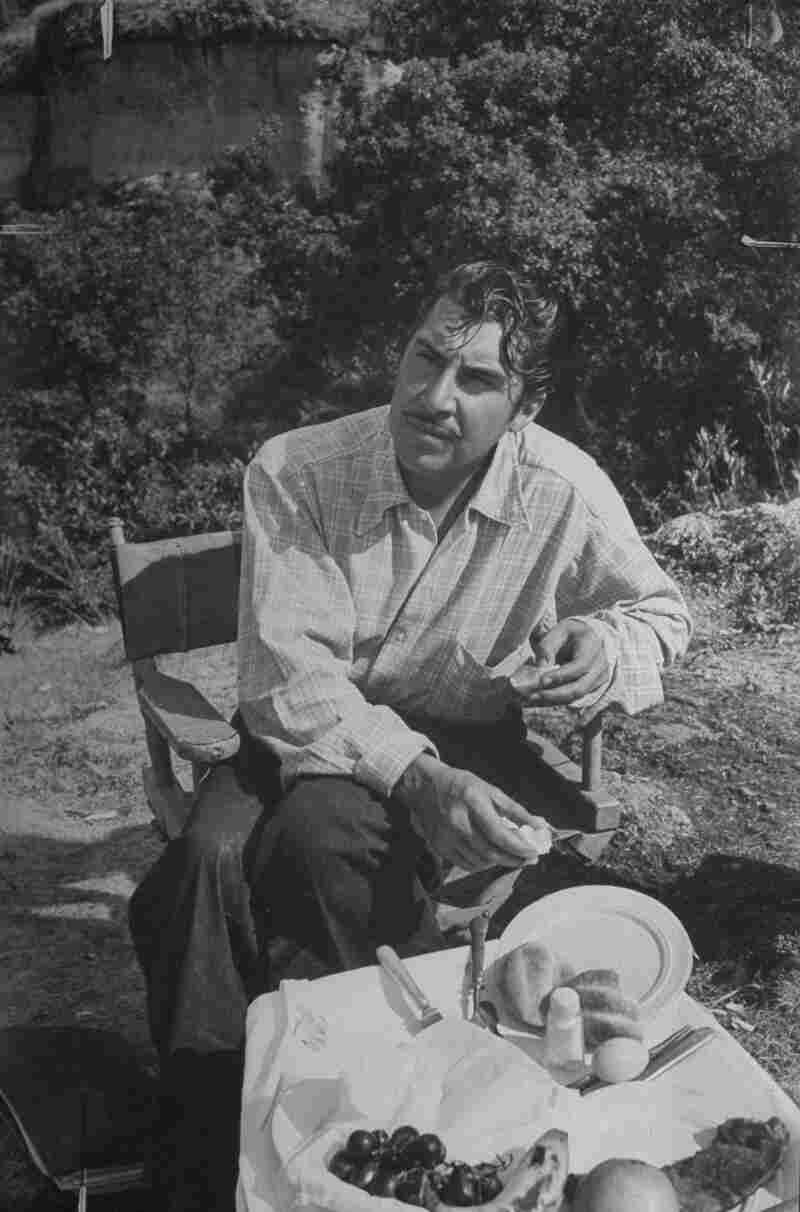 Is this the man behind the Oscar? Director Emilio Fernandez works on a film in Mexico in 1945. Peter Stackpole./Time hide caption 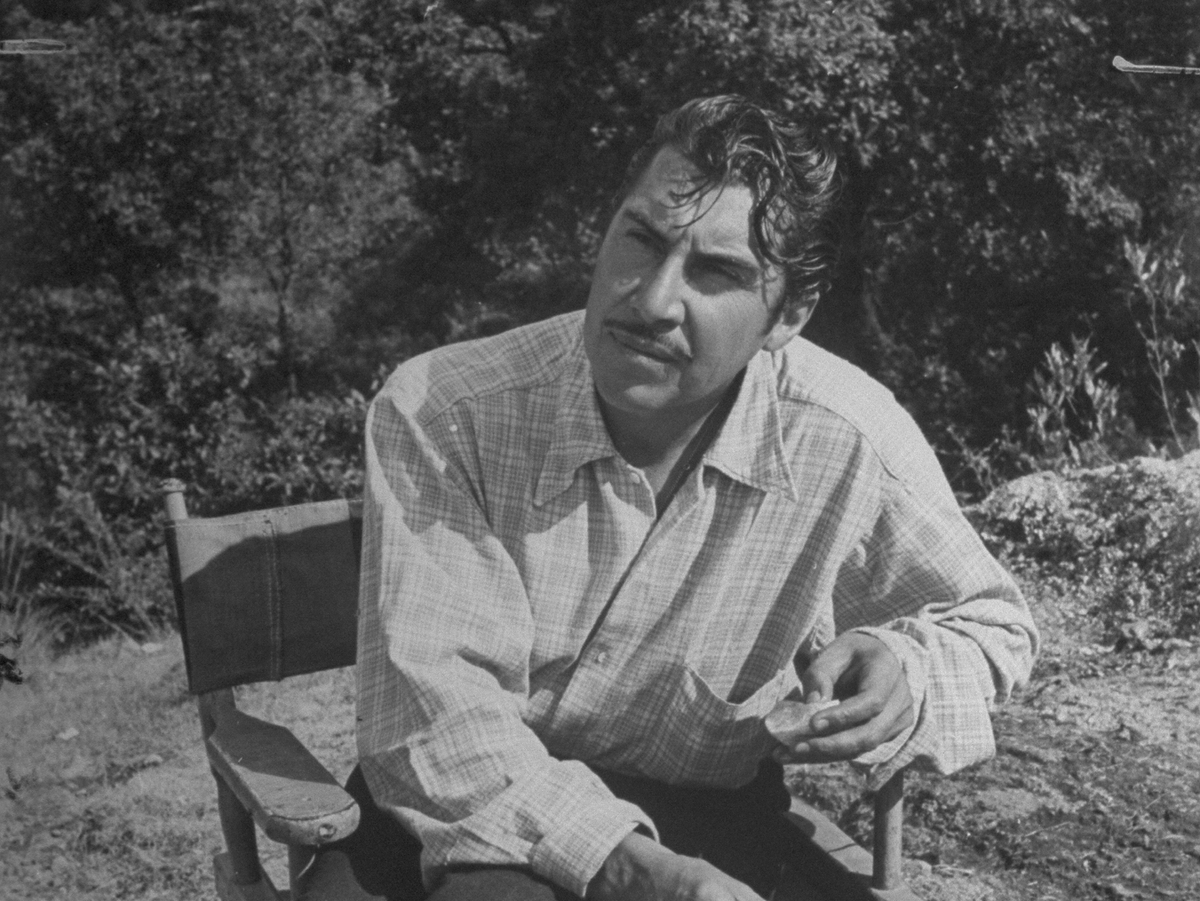 Is this the man behind the Oscar? Director Emilio Fernandez works on a film in Mexico in 1945.

Ask old folks in Mexico City about him, and they'll tell you they love his movies. Especially Maria Candelaria, the movie Fernandez wrote and directed that won the top prize at the 1946 Cannes Film Festival and put Mexican films on the world stage.

Ask them about Fernandez's stint as a model for the Oscar statuette and the answers vary.

In Mexico City's trendy Condesa neighborhood, Connie Navarro and Tere Vargas stop sipping their coffee to say it's true — he was the model.

But, at the park nearby, 82-year-old Marin De Lotereri says there's no way that's true. "The Oscar is thin, well shaped, elegant," he says. "And as for him, elegance? None!"

But the story of Fernandez modeling for the Oscar statue is well-known. You'll find it on Wikipedia, hear it on public radio and read it in textbooks.

Charles Ramirez Berg, professor of film studies at the University of Texas at Austin, says the first time he saw the story was in a book by a Mexican film historian named Emilio Garcia Riera. He says there was a community of Mexicans working in Hollywood in the 1920s around the same time the Academy Awards began.

"There was a number of them," Ramirez Berg says. "Dolores Del Rio was there, her cousin Ramon Navarro, they were both big stars, and among them was Emilio Fernandez."

Fernandez was an extra at the time, and Ramirez Berg says when MGM Art Director Cedric Gibbons was designing the statuette for the Academy Awards, his wife, Dolores Del Rio, gave him an idea.

"The story is that Dolores Del Rio referred him to Emilio Fernandez and said you should use Emilio for the model," Ramirez Berg says. "He had a very athletic build, I mean, he looked just like Oscar. All of this could have happened."

The Academy Awards library in LA, wouldn't do an interview for this story, but one librarian there said there's zero proof any of that happened. She seemed annoyed by the question; they've been getting it a lot lately.

Laura Isabel Serna, a professor at the University of Southern California who has studied the experience of Mexicans in Hollywood in the 20s, says there's probably no hard evidence to back the story, but wouldn't mind if there was.

"I think it would be wonderful if it were true, because it would be another bit of evidence of the involvement of Mexicans in particular, and Latinos more generally, in American cinema during its most formative years," she says.

"And that story hasn't been told," Serna says. "Emilio 'El Indio' Fernandez is part of that story."

At this year's academy awards, Mexico's Alfonso Cuarón has been nominated for best director for Gravity. If he wins, maybe he'll thank the man who introduced Mexican filmmaking to the world — and just might have posed for that golden statuette.