Accessibility links
'Mad Black Men': Yes, There Were Black People In '60s Advertising : Code Switch As a black graphic designer, Xavier Ruffin wanted to like the show Mad Men, but was disappointed with its portrayal of black people. His Web series Mad Black Men is part spoof, part dramedy. 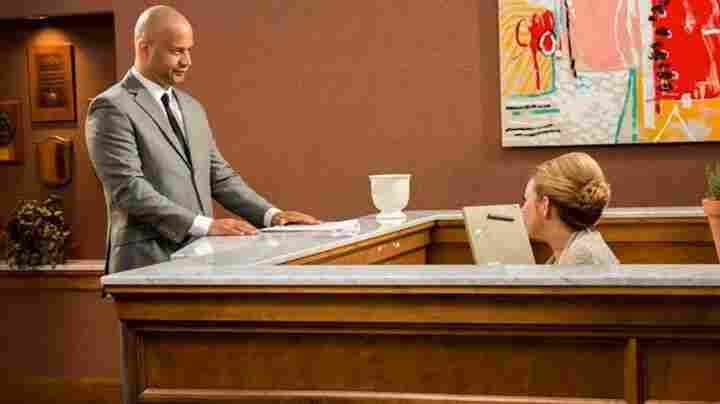 Mad Black Men's protagonist, Ron Rapper, gets a skeptical look from the secretary on his first day in the office. Mad Black Men hide caption 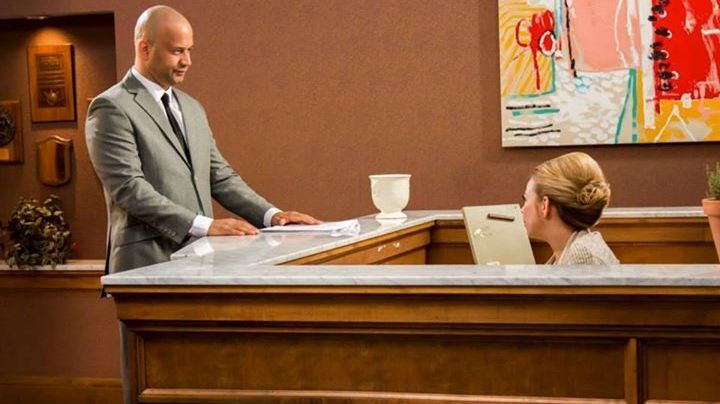 Mad Black Men's protagonist, Ron Rapper, gets a skeptical look from the secretary on his first day in the office.

When Mad Men first premiered on AMC in 2007, Xavier Ruffin — a young, African-American graphic designer from Milwaukee, Wisc. — really wanted to like it.

"I wanted to be a fan of it when it first came out," Ruffin tells NPR's Arun Rath. "I just had my own personal differences. Not liking the way blacks were represented in their universe. I just couldn't get over it."

Instead of getting over it, he decided to create his own series: Mad Black Men. The first part of the show premiered Friday on the video sharing site Dailymotion.

Mad Men, of course, takes place in the fictional world of 1960s ad agency Sterling Cooper and focuses on the lead character, advertising genius Don Draper. In the "parallel universe" of Mad Black Men, protagonist Ron Rapper gets a job in the Colored Marketing Department at Sterlin Copper.

"[Rapper] is a hotshot ad executive making a name for himself in the New York scene. It's just that when he shows up at places, people are thrown off by the fact that he is non-white," Ruffin explains.

The three admen in the colored marketing department have to take on campaigns targeted at minorities. Their first client: Mississippi Melons. In the show, the art director is asked to make a character's nose and lips bigger because he "isn't black enough."

The show is played pretty straight — it's more of a dramedy than a spoof. Though spoofs are popular, Ruffin didn't really want to be part of that. "What I wanted to do is kind of cater to people who are interested in Mad Men," he says. "I wanted to give them a different lens to look at that universe through."

Ruffin has an entire season written and outlines for five more. A crowdfunding campaign launched in September 2013 raised money to outfit the show in '60s style.

The show's opening sequence does take a poke at Mad Men's credit montage, where a silhouetted Don Draper steps into his office — which then falls apart, pieces tumbling to the ground.

"I just took a different approach to it and said, OK, if the furniture falls down, someone has to clean it back up, because every episode it falls down again," Ruffin says. "So one of our characters, Rufus, who is both the janitor and the colored campaigns accountant — he comes in and he cleans up the mess."

Indeed, some of Ruffin's idols are African-American designers from the 1960s. Like art director Georg Olden, for example. "He actually designed the Clio award [statuette] that Don wins," Ruffin says. "And he won way more than Don ever won."

There was also Caroline Jones, who had a story similar to Mad Men's Peggy Olson. She rose from secretary to creative director and went on to open her own agency.

Despite having five seasons planned out, Ruffin says he's not entirely sure what trajectory his protagonist, Ron Rapper, will take: "Ron could have a great career, or Ron could go the wayside."

"You never know as a black man," Ruffin says. "Anything could happen at any time."