Accessibility links
For Black And Latino Americans, A Glass Mysteriously Half-Full : Code Switch According to a host of public opinion surveys, blacks and Latinos have recently become much more sanguine about the future of the country than whites. And the gap is growing. But we don't know why.

For Black And Latino Americans, A Glass Mysteriously Half-Full

For Black And Latino Americans, A Glass Mysteriously Half-Full 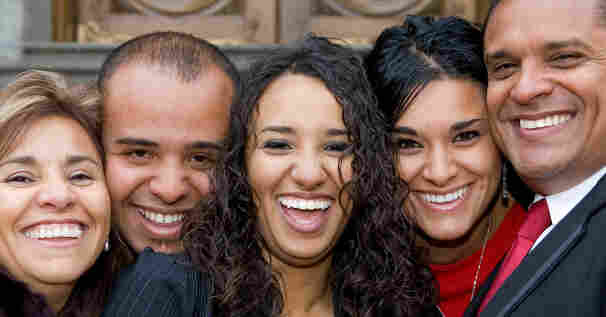 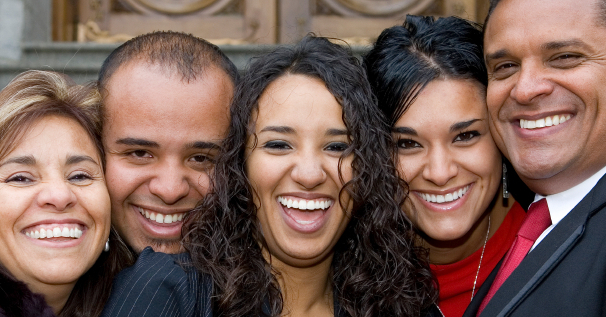 Over the last few years an unusual phenomenon has kept popping up in public opinion surveys: Blacks and Latinos have become much more sanguine about the country's prospects as white folks have become more pessimistic. It's a stark reversal of decades of data in which white folks were almost always more optimistic.

You'd think that the economic landscape — jobs, wages, financial security — might be the biggest indicators of whether people felt optimistic about their country's trajectory. And that stuff certainly plays a big role. For several years in the early aughts, more and more people across all groups were starting to express more worry.

But between 2008 and 2010, those sentiments started to diverge: Across an array of polls, the nation's fortunes began to look much rosier to people of color. A poll from Gallup in January showed that people of color were almost twice as likely as whites to think the nation was in a good place. Meanwhile opinions of the country's current status among white Americans continued to sink. And that pessimism from white folks has grown even as the economic picture slowly improved.

On the flip side, the economic circumstances of people of color have remained stagnant relative to white folks. Unemployment among Latinos is still several points higher than the white unemployment rate. A recent National Council of La Raza report found that Latinos, who were disproportionately employed in the construction sector, were hit particularly hard when people stopped building new houses. The black unemployment rate has been roughly double that of whites for the last half-century. And the wealth gap between white Americans and black and Latino Americans — already large — has grown only wider in the years following the Great Recession.

Recent polls of African-Americans and Latinos by NPR, the Robert Wood Johnson Foundation and the Harvard School of Public Health also raised questions about why people were so positive despite the challenges they faced. Robert Blendon, a professor of public health at Harvard who co-directed those studies, said that surveys usually find that people's reports of their life satisfaction are much higher than the economic climate might indicate. Yet surveys from Gallup and elsewhere have found that optimism among blacks and Latinos isn't limited to personal satisfaction with their lives, but extends to the country as a whole.

So what gives? Why are blacks and Latinos so much more positive than white folks about the country's well-being?

Jennifer Benz of the National Opinion Research Center co-authored a report published last summer about this split. The report crunched decades of data from the General Social Survey and other polls.

"Implicit in this discussion is that there must be one thing [that's] driving these trend lines across racial and ethnic groups," Benz said. But what's likely happening, she said, is that white folks and people of color were responding to several different phenomena in American life.

Benz explained that pollsters usually try to get a sense of people's optimism across a bunch of different indices. They might pose a question like this, for example: People like me and my family have a better chance of succeeding. Agree or disagree?

"But pollsters can also look at optimism as 'faith in government institutions,' " Benz said. And most of the respondents (70 percent) who reported to the General Social Survey that they had a high deal of confidence in the government's executive branch also agreed that "the way things are in America, people like me and my family have a good chance of improving our standard of living."

Enter President Obama. Benz said that after 2008, black folks started to report more confidence in the executive branch than they had previously. As Gallup has found, President Obama's approval numbers among blacks have remained reliably north of 80 percent. Meanwhile, Benz pointed out, whites' opinions about the executive branch have essentially remained flat. One possibility for what may be happening, Benz speculated, is that the presidential effect may be bolstering black optimism despite the way the economy looks. But, she stressed, we still don't know.

The presidential effect may partially explain the relative pessimism among whites as well. Gallup has noted that the occupant of the White House usually plays a big role in how people feel about the country. In January 2008 — 10 months before President Obama's inauguration — a majority of whites told Gallup that they were optimistic about the direction of the country. But after President Obama's first year as president, only 35 percent of whites said they felt that way. It's also worth considering the demographics of our major political parties: Folks who identify as Republican are overwhelmingly white, and fewer than a third of Republicans told Gallup that they were positive about the country's condition.

The presidential effect doesn't neatly explain what might be driving Latino optimism, however. According to the AP-NORC report, Latinos have been more positive about the country's status than either blacks or whites since 1996. But a little more than a decade ago something changed, Benz pointed out. Before 2002, Latino opinions about the direction of the country used to track pretty closely with those of white folks: While Latinos were more optimistic, their feelings generally rose and fell alongside the feelings of white Americans.

But after 2002, Latino sentiment stopped tracking with white sentiment and instead started tracking with the opinions of black Americans. Now black and Latino optimism tends to rise and fall at the same time. But Benz isn't sure just why that started happening.

"That clearly seems to mean that something else must be going on," she said.

What happened around 2002 that may have caused this switch among Latinos? Why have Latinos generally been more optimistic about the country's fortunes than blacks or whites? And why have the perceptions of people of color continued to crest in recent years while their economic conditions have remained relatively stagnant? None of this is clear. We'll be keeping our eye on this data and its many mysterious wrinkles. But right now, we'd love to hear your theories about what might explain this.