Accessibility links
Obama Pitches Health Care Law To Latinos In Bid To Boost Enrollment : Code Switch President Obama held a Spanish-language town hall-style meeting on the law. Latino enrollment in the health insurance exchanges is seen as critical to its success, but there's been a rocky start. 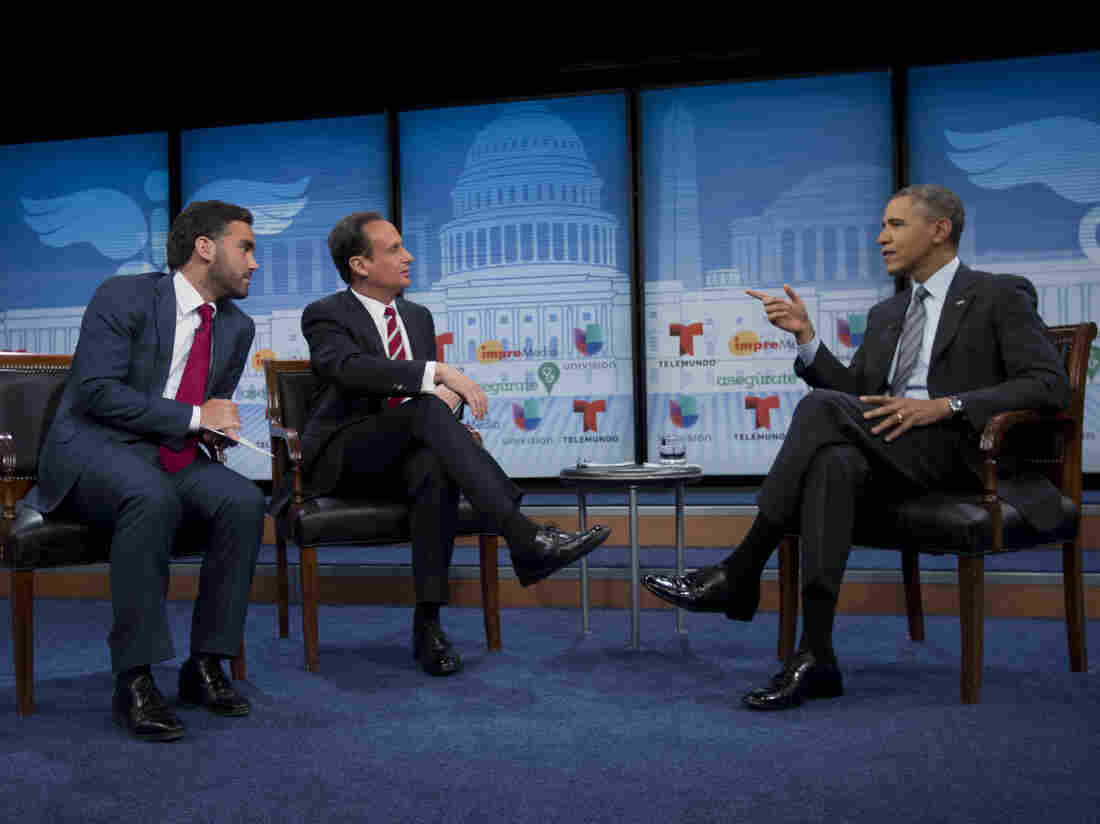 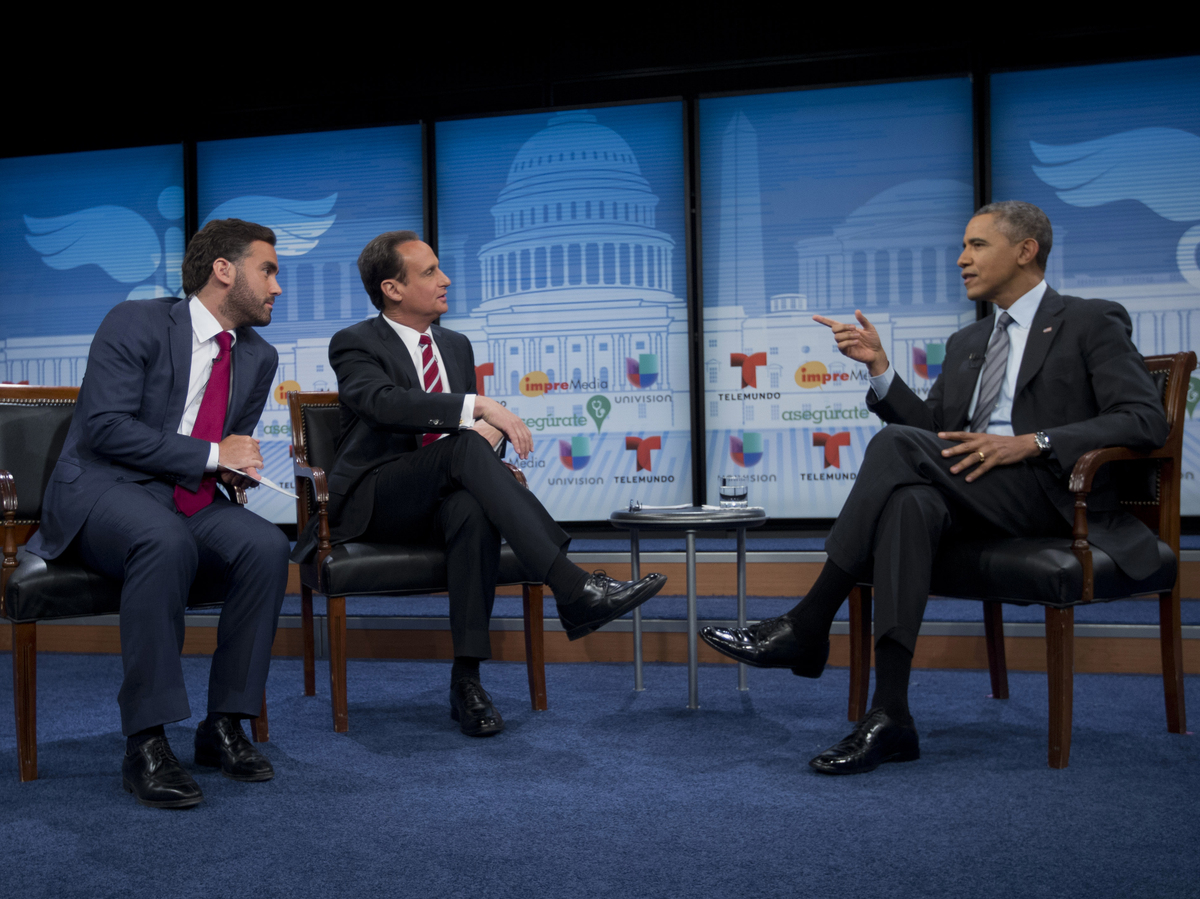 President Obama talks with television hosts Jose Diaz-Balart, center, and Enrique Acevedo, left, about the benefits of the Affordable Care Act for Latinos.

Getting Latinos to sign up for health insurance under the Affordable Care Act is seen as critical to the law's success. The Latino population is disproportionately uninsured and relatively young, but enrollment hasn't been going well. This, in part, explains President Obama's appearance Thursday at a town-hall-style event hosted by the nation's two largest Spanish-language television networks, Univision and Telemundo. The tough questions he got only scratch the surface.

The televised town hall was conducted entirely in Spanish. Obama wore an earpiece so he could hear the questions translated into English, and a voice-over broadcast the president's answers in Spanish.

As the questions came, some of the challenges the president and his administration face in selling the health care law were brought into focus.

There was a question on video from a woman in California who is undocumented but who has children who are citizens. She's worried that by signing her children up for health insurance, she'll open herself up to deportation. Obama tried to be reassuring.

"None of the information that is provided in order for you to obtain health insurance is in any way transferred to immigration services," he said.

But follow-up questions indicated there's still a lack of trust. On the question of cost, Obama was asked if the Affordable Care Act is really affordable.

But that argument may not resonate with many Latinos.

Selling Health Care To California's Latinos Got Lost In Translation

Amelia Goldsmith is a health care navigator at the Central Virginia Legal Aid Society in Richmond, Va. A couple of weeks ago, she was helping a Spanish-speaking woman find insurance that would, on its face, seem like a bargain: $40 a month with a $200 deductible.

She said this woman — and a number of people who she's worked with in recent months — simply didn't understand the language of co-pays and deductibles. The woman got medical care at a free community health clinic and had never dealt with insurance before.

"Explaining, 'Yes, that is something that you would need to do,' was something that really didn't make sense for her in her personal situation, since she has a card to get free medical assistance because she is uninsured," Goldsmith said.

The fact that outreach campaigns hadn't accounted for this is just one symptom of what some say has been a botched effort to sell the Affordable Care Act to Latinos. For instance, the Spanish-language version of HealthCare.gov wasn't available until December. And it was just a poorly translated version of the English website, says Gabriel Sanchez, the director of research for Latino Decisions.

"I think they've cast a very wide net and hoped along the way Latinos specifically would get on board," he said. "But they really haven't done things really culturally sensitive and directed particularly at the Latino population."

Instead of starting with what would resonate with Latinos, outreach campaigns were developed in English for English-speaking audiences and then translated, political consultant Fernand Amandi says. It didn't work.

"It's not just a health insurance need, it's an economic need," Amandi said. "And the fact that there is something within reach, yet it is in this case explicitly being lost in translation is, I think, a great tragedy."

This year's open enrollment period is set to end March 31, which means there isn't much time to adjust the pitch.