Accessibility links
A Native American Tribe Hopes Digital Currency Boosts Its Sovereignty : Code Switch Members of the Oglala Lakota Nation have made their own digital currency — a sort of Bitcoin. They hope that having their own crypto-currency, called MazaCoin, will strengthen their independence. 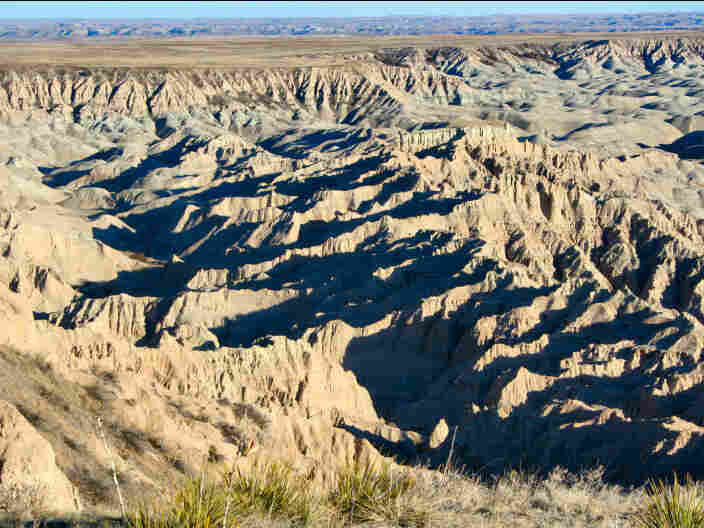 Pine Ridge Reservation is home to a majority of the Oglala Lakota — and their virtual currency, mazacoin. Raymond Bucko/Flickr hide caption 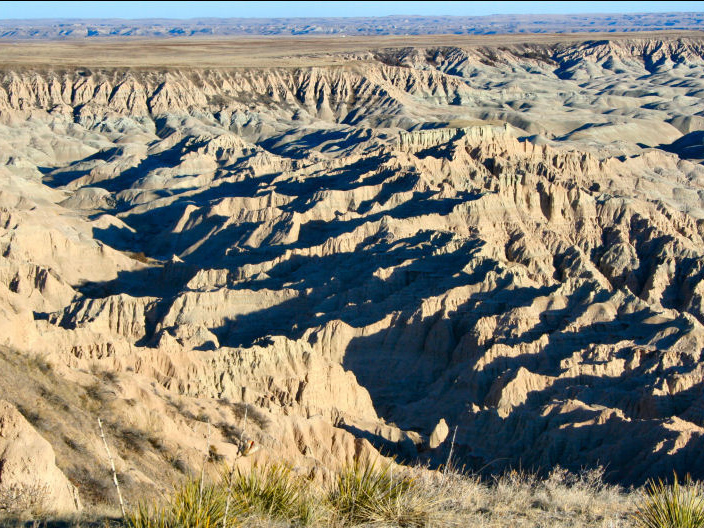 Pine Ridge Reservation is home to a majority of the Oglala Lakota — and their virtual currency, mazacoin.

There's a lot of talk about virtual currencies lately — how they work, economic implications and whether they're safe. But now a Native American tribe is using a bitcoin-like currency to help strengthen its sovereignty.

In South Dakota, the Oglala Lakota Nation has become the first Native American tribe to launch its own form of virtual currency. Payu Harris, its creator, calls it mazacoin.

Mazacoin does work a lot like the already famous bitcoin: You can either buy it with dollars or (virtually) mine it. And then you can use it to trade for goods at places that accept it. (If you've been ignoring bitcoin, this handy explainer is for you.)

Harris, a developer and activist, says there are different ways in which mazacoin can help the Lakota Nation — but his main motivation for creating it was enhancing the tribe's independence.

"I'm sure everyone's aware that there are a lot of unresolved treaty issues for Native American tribes," Harris says. "So by having our own sovereign crypto-currency, that helps build on a foundation to enhance the sovereignty we have — and just strengthen it for the future."

The Oglala Lakota are one of the seven tribes that make up the Lakota people. Lakota Nation is a considered a semi-autonomous state, but since the 1970s, there have been activists advocating for its recognition as a fully independent nation.

Harris says part of the inspiration for the currency came from a talk he had with his uncle about seven years ago: His uncle had proposed the idea of having an independent physical currency for the "breakaway Republic of Lakota." But Harris actually sees mazacoin as more of a link between all Native American tribes and other people with similar interests.

"We don't want it to be just for the Lakota. Like other crypto-currencies, it's open," he says. "We embrace usage by everyone. We have users in the Balkan states, Ukraine, Russia and Serbia, South America, all parts of North America."

Harris also thinks mazacoin can help ease the community's economic struggles. He says it could help the tribal government raise revenue for social programs, and even stimulate business.

But virtual currencies are still largely unexplored territory. Many are skeptical about whether mazacoin can have a significant economic impact.

Pete Earle, chief economist of Humint, a firm that develops crypto-currencies, says mazacoin can provide the Lakota Tribe with a new spectrum of economic possibilities.

"These currencies can be used to incentivize participation, to create asset accounts, or to formalize agreements," Earle says. "Essentially the only limitation to be made is the limitation of imagination."

Earle says the Lakota could even use mazacoin as a way of rewarding outside groups that support the tribe's best interests. But he points out that for the currency to have any value, there has to first be a market for it.

Developing a market where folks actually use a crypto-currency is tricky, says Mike Hearn, a bitcoin developer. Generating demand for mazacoin can actually be the initiative's central obstacle — especially if what it offers is not too different from other crypto-currencies.

"I think it's fine, but only if you have some technical advantage that can't just be added onto bitcoin itself," Hearn says. "In other cases, just taking Bitcoin and rebranding doesn't seem useful."

Payu Harris concedes that mazacoin's user base is still rather small (in fact, he described it as "a trickle"), but he's optimistic that the ideals behind it will be enough to entice potential buyers. He says he counts on outsiders who sympathize with the project's motivation to participate in the mazacoin trade.

"By mining the coin and being involved with the mazacoin community you're helping out with the sovereign power of tribal communities," Harris says.

And while he acknowledges that even getting tribe members to fully embrace mazacoin might require some time, he is working on educating folks so that they can take advantage of it. One of his projects consists of creating a program that would teach young people how to trade crypto-currencies.

And according to Harris, informing people — opening them up to possibility — is what the initiative is ultimately about.

"The first thing is to focus on home and get our own people to realize the value of it; to become inspired and to start dreaming again," Harris says.