Accessibility links
These Cute Images Make Reading Chinese Characters 'Chineasy' : Code Switch Reading in Chinese can be difficult for language learners. So ShaoLan Hsueh and a team of visual designers have created Chineasy, a new book of pictograms featuring more than 400 Chinese characters.

Growing up in Taiwan, ShaoLan Hsueh stuck out.

She liked writing in Chinese.

"I know all the children hated it, but I was a bit odd in that I loved writing Chinese characters," says Hsueh, the daughter of a Chinese calligrapher. 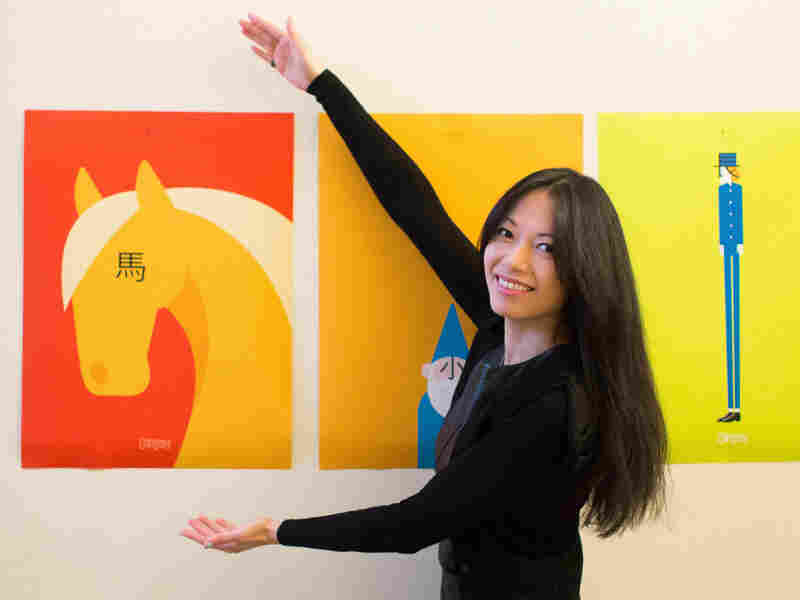 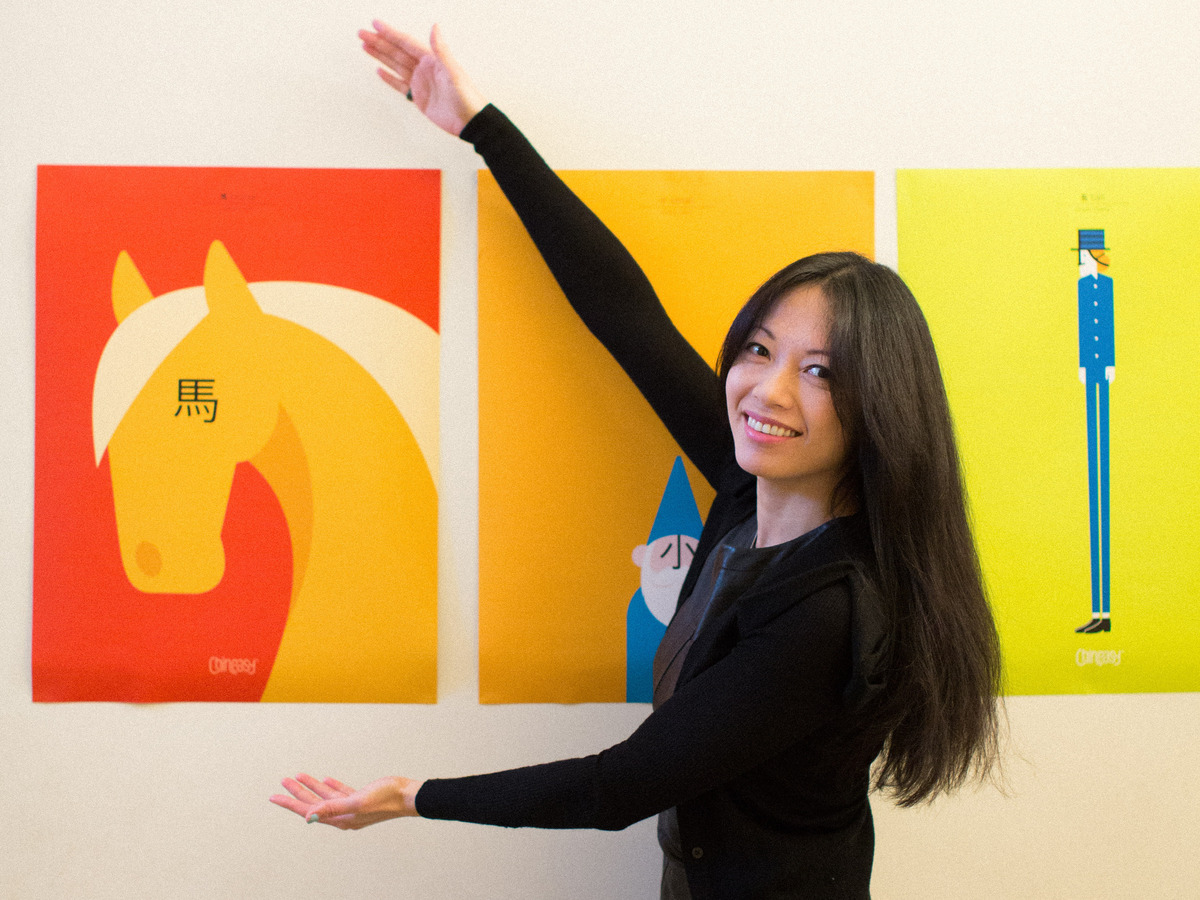 Now living in London, she later discovered that the love she had for Chinese language felt like "torture" to her two British-born children. "I found it really challenging to try to convince them that it's really cool to read Chinese," she said. "No one in their environment would be interested or have contact with Chinese-speaking people."

Her solution is a system that helps readers learn Chinese characters through cute illustrations. The pictograms, developed with a team of visual designers, are now published in a new book called Chineasy.

There are tens of thousands of Chinese characters, but learning the 400-plus characters featured in the book is enough to read at a basic level, according to Hsueh, who also presented her language learning system at a TED Conference last year.

She adds that while learning to read may be challenging to Chinese-language learners, it can provide a deeper understanding of Chinese culture. For example, she points to the character for "female" (女), which when appearing twice to form another character (奻) can mean "a quarrel" or "stupid." Hsueh says it's a sign of gender inequality that's embedded within traditional Chinese culture.