Accessibility links
Before The NBA Was Integrated, We Had The Black Fives : Code Switch The Black Fives were African-American basketball teams that played in America before the NBA was integrated in 1950. Their lost history is making a comeback. 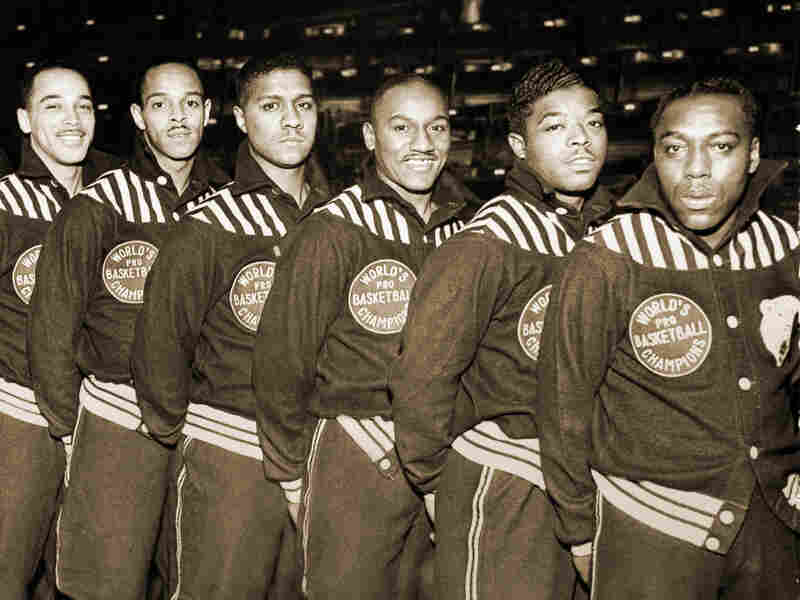 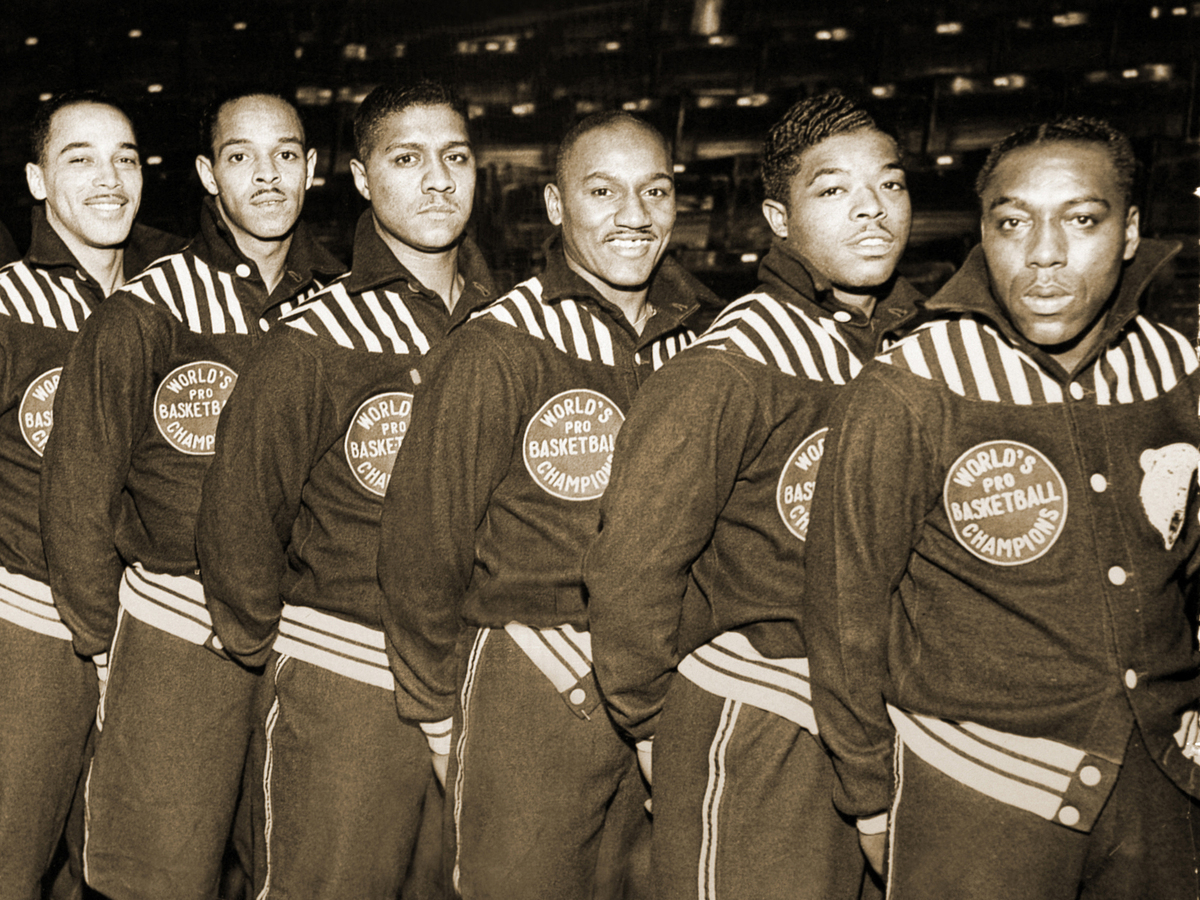 An exhibit at the New-York Historical Society aims to rectify that.

When basketball was invented in 1891, it was a totally white game. In 1904, Edwin Bancroft Henderson, a black Washington, D.C., gym teacher, took a summer course at Harvard and brought the game back to black segregated schools. From there, it went to YMCAs, and eventually to black teams with names like the Washington Bears and the New York Renaissance.

Claude Johnson, guest curator of this exhibit, says there are "dozens and dozens" of all-black teams that played basketball before 1950 — and that their legacy reflects the changing face of America at the time.

"They are in parallel with the evolution of black culture, black society — and they are a mirror of the way America evolved, the way the game evolved," Johnson says. "You know, the pioneers of the game, for all of us, not just for black descendants, but anybody who loves the game and who loves sports."

Johnson is the president and CEO of the Black Fives Foundation. He became obsessed with this lost history about 10 years ago.

He says no one from those teams is alive today. In the early days, he notes, when black basketball was only played in schools and Y's, playing the sport was often seen as a matter of character and health — for good reason.

"The mortality rate at the turn of the century, among blacks in cities, from pneumonia and tuberculosis was 25 percent," Johnson says.

Many of the flyers advertising the Black Five games offer "basketball games and dance." They often combined ragtime, the music of the day, with basketball games as a way to bring in the crowds.

More than 150 artifacts line fairly the small gallery at the New-York Historical Society. There are old basketballs, shoes and uniforms — some from the early days of the game when the basket was closed at the bottom, and referees had to tip it over every time the ball went in. There would be a jump-shot mid-court after every basket.

Claude Johnson, who collected all these artifacts, says finding them wasn't all that complicated, since the market for them used to be fairly limited.

"A lot of them come from Ebay," he says. "It's not that people don't know what they have, it's that there was nobody else for years that would even be interested in this."

It's easy to come away thinking black and white teams were entirely separate worlds until 1950 — with one exception: The books on basketball from that time that are on display don't even mention black players.

But Stephen Edidin, chief curator of the New-York Historical Society, says it's more complicated. Black teams and white teams did play each other.

"Ten years before the NBA, there were 10 years of world championship basketball," Edidin says. "And three black teams won three of those years."

And while there is not much archive audio easily available, you can still listen to portions of the 1943 game between the Washington Bears — the African-American team — and the white Oshkosh All-Stars (You can watch some of it here if you forward to 1:01:13).

This was the time of Jim Crow, and stereotypes were abundant. There are still clips where the Harlem Globetrotters are described as doing "monkey business," language most people would find unacceptable and even racist.

Johnson tells one story of how, after the New York Renaissance won their championship in 1939, the star player took a razor blade to his jacket which said "World Colored Champions."

"He literally cut the stitches off the felt lettering and took off the word 'Colored,'" Johnson says.

Edidin and Johnson hope the Black Fives exhibit will not only bring alive 50 years of sports and basketball history, but will also give a new generation of fans a more nuanced appreciation of the game.

The exhibit at the New-York Historical Society is on through July 20.