Accessibility links
They Cast Whom?! Actor Choices To Offend Every Racial Sensibility : Code Switch Should an actor's ethnicity match a character's ethnicity? Does it matter, or does it not? Whatever your line of thinking, you're probably irked by these recent casting developments. 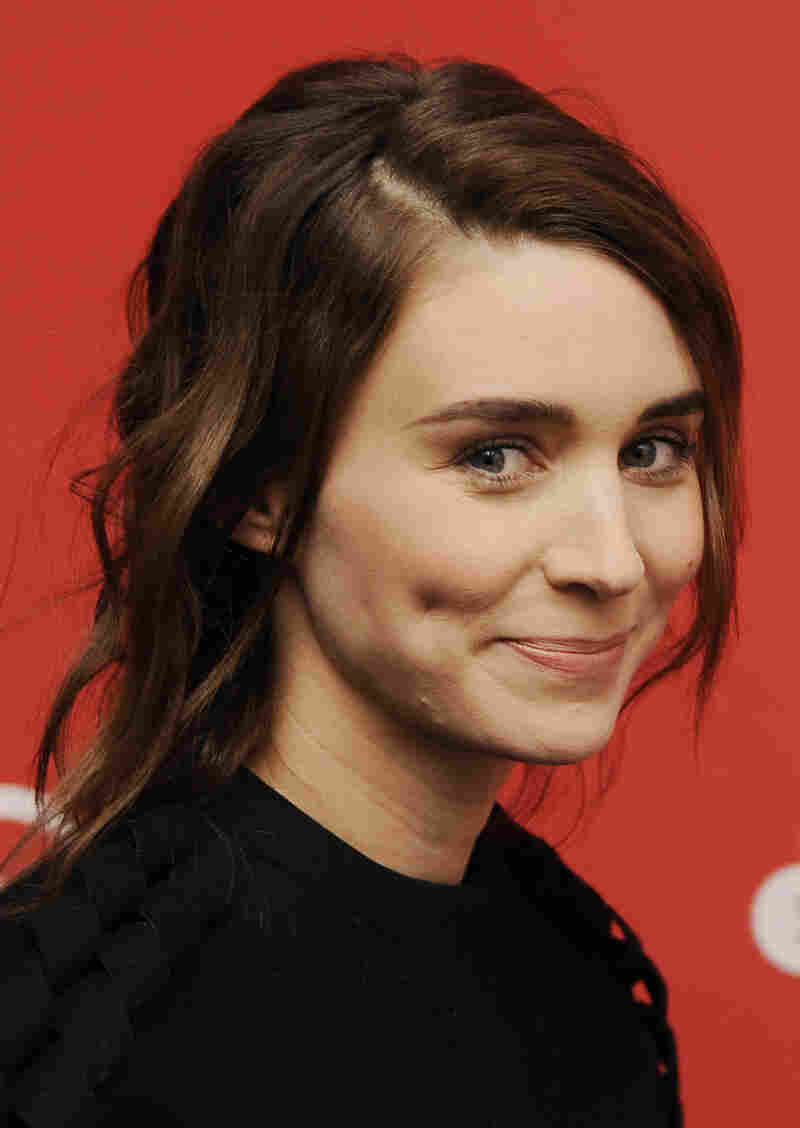 Rooney Mara will play Tiger Lily in the Peter Pan movie Pan, though she is not Native American. Chris Pizzello/AP hide caption 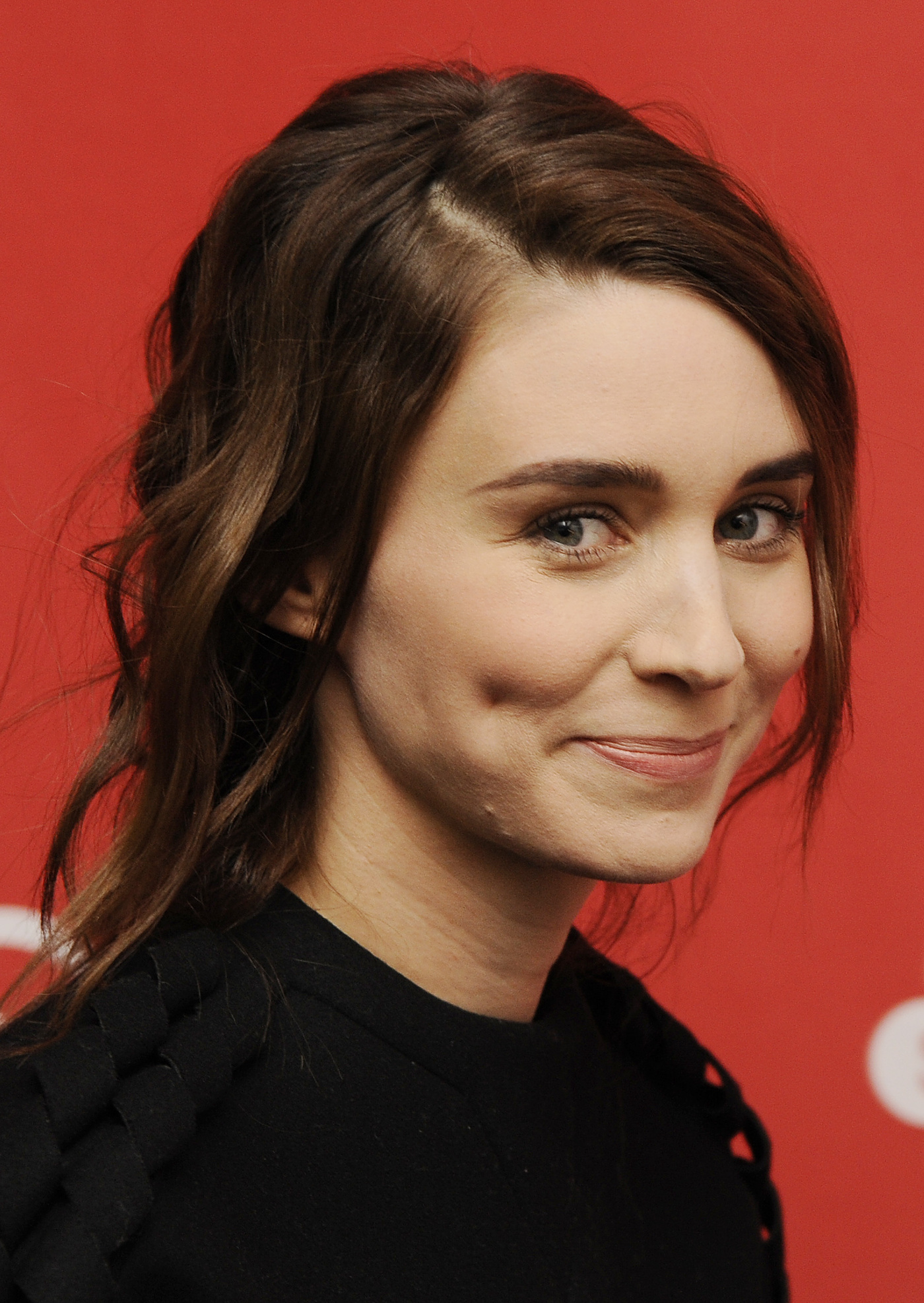 Rooney Mara will play Tiger Lily in the Peter Pan movie Pan, though she is not Native American.

No matter how you feel about ethnicity and casting — and how ethnicity or race should relate to casting — there's probably something in the news lately that's going to make you upset. Folks have strong opinions about how the race of actors should or shouldn't relate to the characters they play, but regardless of the position you take on this front, let us count the various ways that certain actors getting cast in certain roles might make you squirm:

1. If you feel that an actor's ethnicity should match the character's ethnicity, then you're going to be upset by Rooney Mara being cast as Tiger Lily in the Peter Pan movie, Pan. In the Peter Pan that many of us grew up reading and loving, Tiger Lily is Native American. And of course, Peter Pan's racial dynamics are hardly without problems. Her father is chief of the "Piccaninny" tribe, a word notorious for connoting a racial caricature of a black child. Consider also the way Peter Pan portrayed its characters of color: If memory serves us right, not great. This Disney clip is a bleak reminder:

As for Mara's ethnicity? She's not Native American. Folks are passing around an online petition that asks Warner Bros. to "stop casting white actors to play people of color."

2. If you're particularly ticked off when a white character is played by a person of color, then you're probably not pleased that Michael B. Jordan (Friday Night Lights, The Wire, Fruitvale Station), who is black, was cast as the Human Torch in Fantastic Four. Human Torch is a superhero who, as his name hints, can engulf his body in flames, control nearby fires and fly. When he's not on fire (though he usually is), the comics show that he's a blonde, white guy named Johnny Storm. (There was an android Human Torch once. To the extent that androids have ethnic identities, the android's was probably Anglo-Saxon.) If casting a black actor to play a white superhero irks you, this probably will, too. 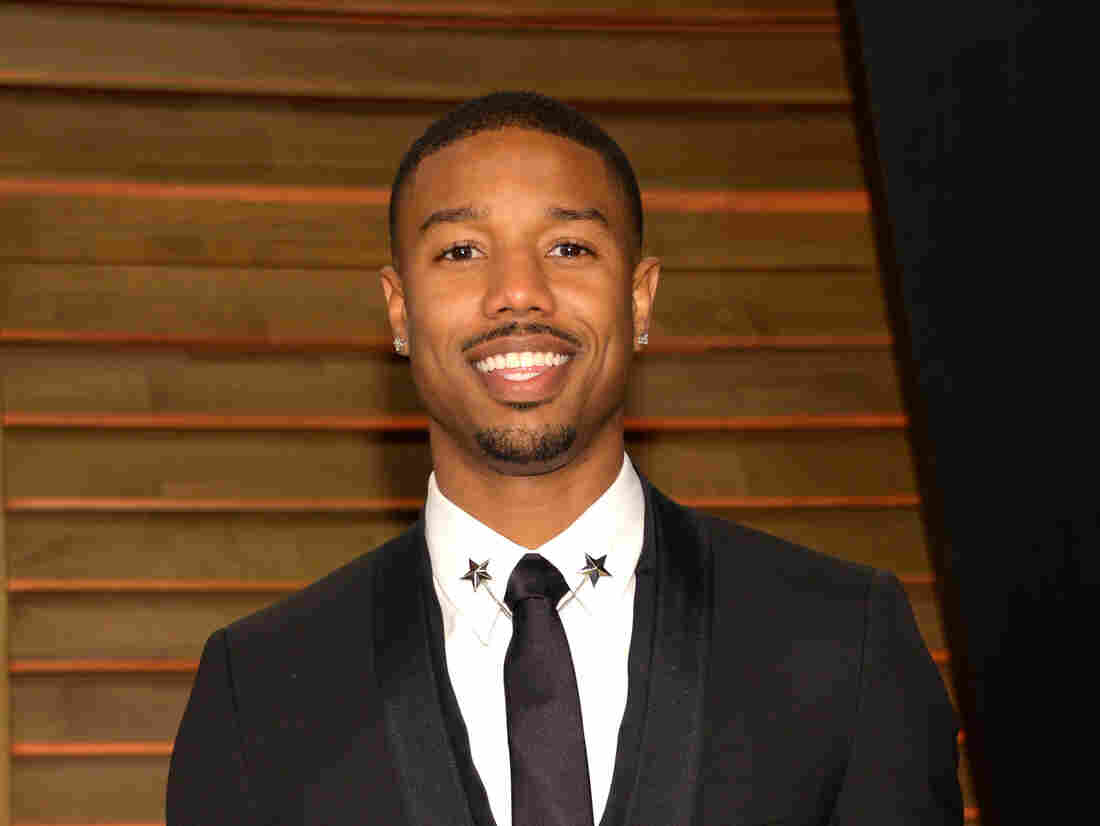 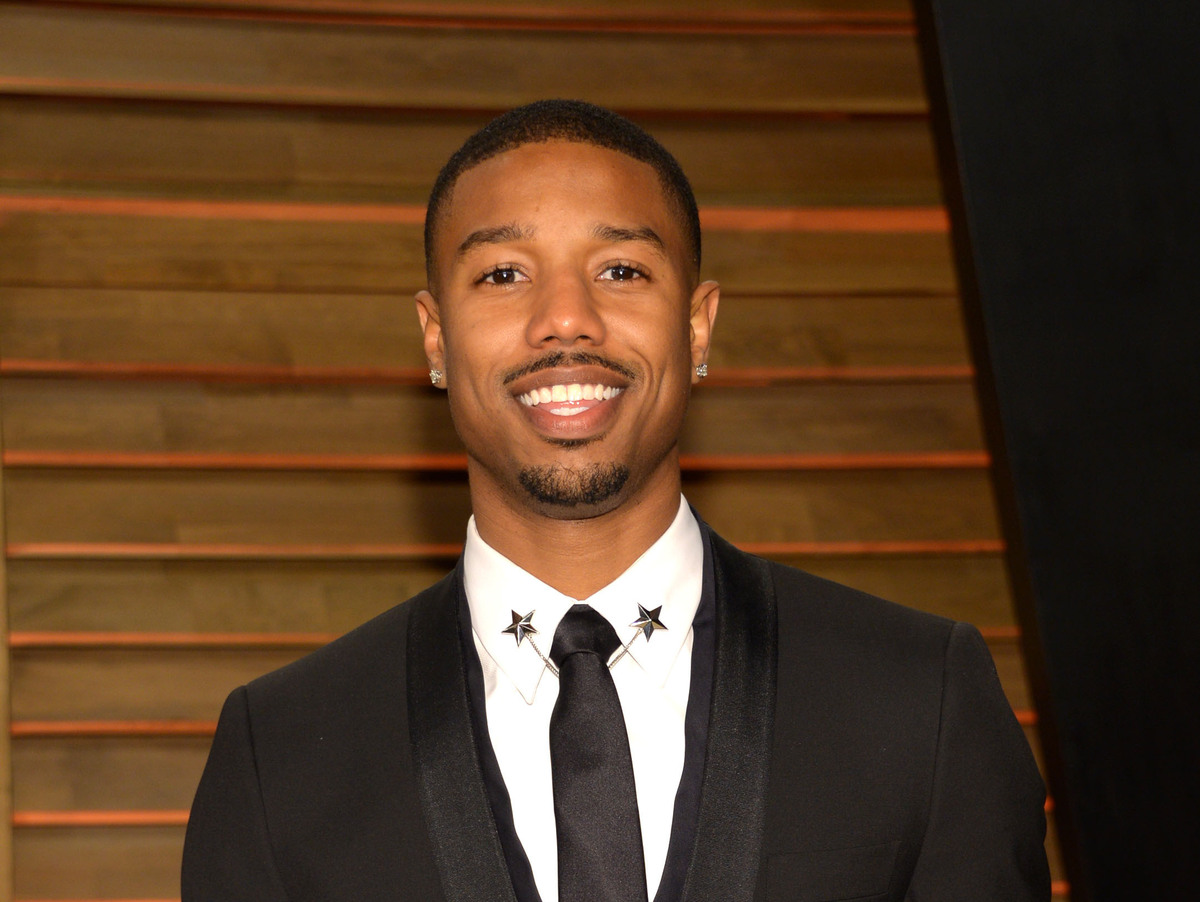 Michael B. Jordan was cast as the — originally Caucasian — Human Torch in Fantastic Four.

3. If you get mad about actors being cast by how they look — and not whether or not they match their character's ethnicity — then you'll probably be peeved by the Broadway production of Disney's Aladdin. Though the cast is diverse, some folks are wondering why none of the actors nor actresses are of Middle Eastern descent, considering that Aladdin is clearly set in the Middle East. Adam Jacobs, who plays Aladdin, told the folks at Broadway.com that his dad is Jewish, Russian, Dutch and Polish and that his mom is Filipino. "Most people think I'm Latino. Right away they say, 'Oh, are you Cuban or Dominican?' I've gotten everything under the sun, to be honest," he said in the interview. "I see myself as American, in the sense that I'm a mix — and I've been able to use that to play a variety of roles." 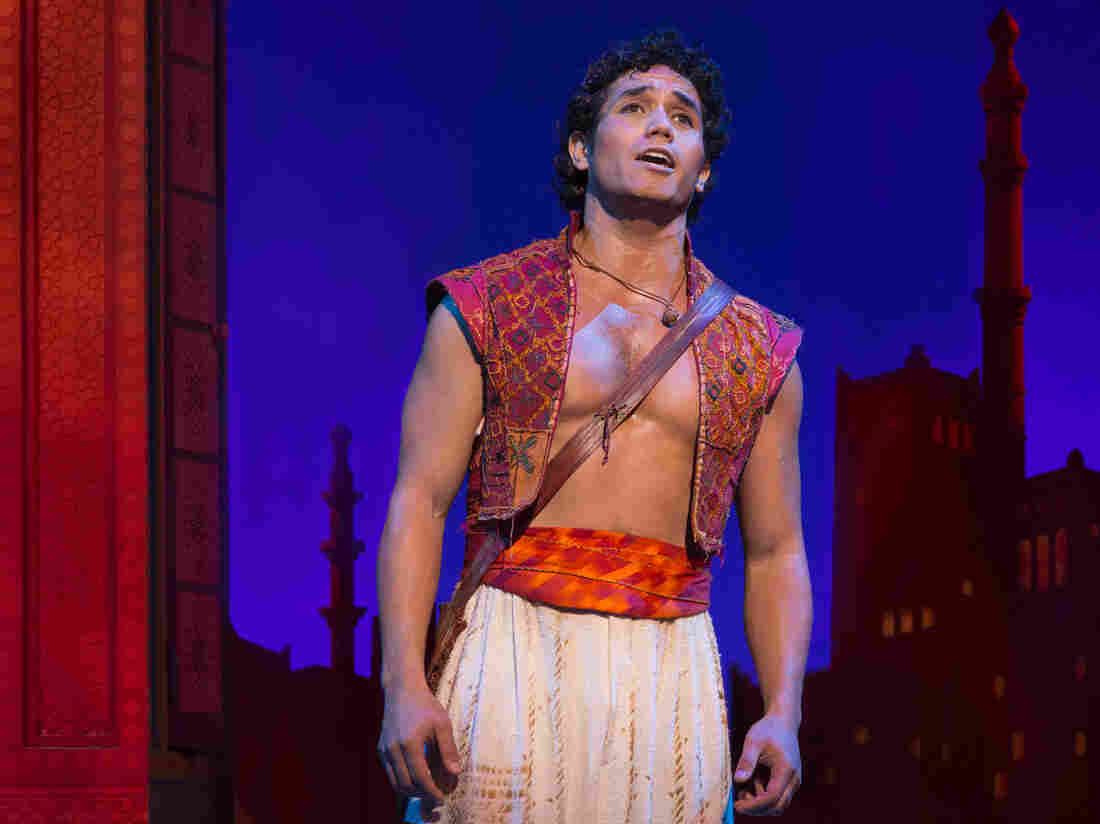 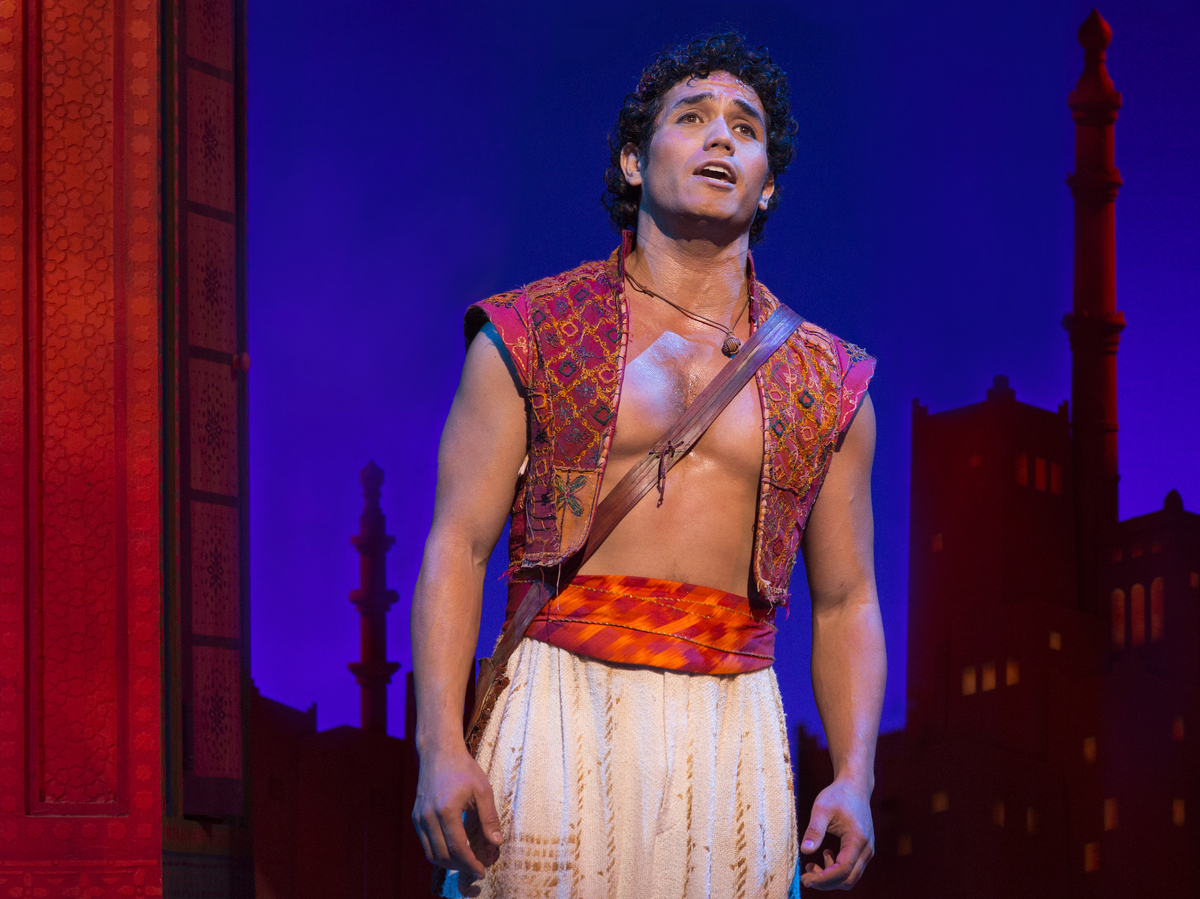 From a mixed heritage, Adam Jacobs plays Aladdin in the Disney Broadway production of the same name.

Not to mention that, like Peter Pan, Disney's Aladdin has some racial ickiness with its characters. The villain, Jafar, has considerably darker skin than Aladdin or Jasmine, who have more Anglicized features and American accents. Alas, some of the folks in Broadway's Aladdin might be brown, but none of them are Middle Eastern — so if you're prone to that type of ire, you might not be thrilled.

4. If you have a picture in your head of what a character should look like and you get the sads when an actor doesn't fit, then we regret to inform you that Norm Lewis was cast as the lead in Phantom Of The Opera. Lewis (who has appeared in Les Miserables and Sondheim on Sondheim, among many other shows), will be the first black Phantom on Broadway.

And in the never-ending "What Did Jesus Look Like" battle (as Code Switch's editor Matt Thompson describes it), a Portuguese Catholic actor has been cast as Jesus in Son Of God — a Latin Jesus (We're anticipating letters for even mentioning that one).

5. And lastly, if you think that ethnicity and race shouldn't matter at all, then obviously you hate this post. Our sentiments on this front are probably best expressed by Neil deGrasse Tyson:

Updated to add: Several of our astute and erudite commenters have pointed out that framing these perspectives this way implies equivalency. We want to present a variety of perspectives, but y'all are right: we shouldn't leave it there. The actress Felicia Day recently published a thoughtful post about this — casting Rooney Mara as Tiger Lily has a very different context and very different effects than casting Michael B. Jordan as the Human Torch:

Remember in the past, lead characters were most likely written as white in the first place, because they were created in an even more white-centric world. Fantastic Four debuted in 1961, segregation was outlawed in 1964. You can't say that the culture at large at the time didn't influence the creator's choices when making these characters! Fast forward fifty years, the culture at large NOW doesn't match up with the lore from before, and we should be open to changing it.

As usual, the contexts and the consequences are important here. We juxtapose these perspectives because there are people who most identify with particular ones, and we think it's best if those folks are in dialogue with each other. So read Felicia Day's post, read some of the thoughtful comments below, and thanks for contributing your own insights.