Accessibility links
When Vanilla Was Brown And How We Came To See It As White : Code Switch Vanilla has become a cultural metaphor for blandness and whiteness. But the flavor's history is rife with conquest and slavery and theft. 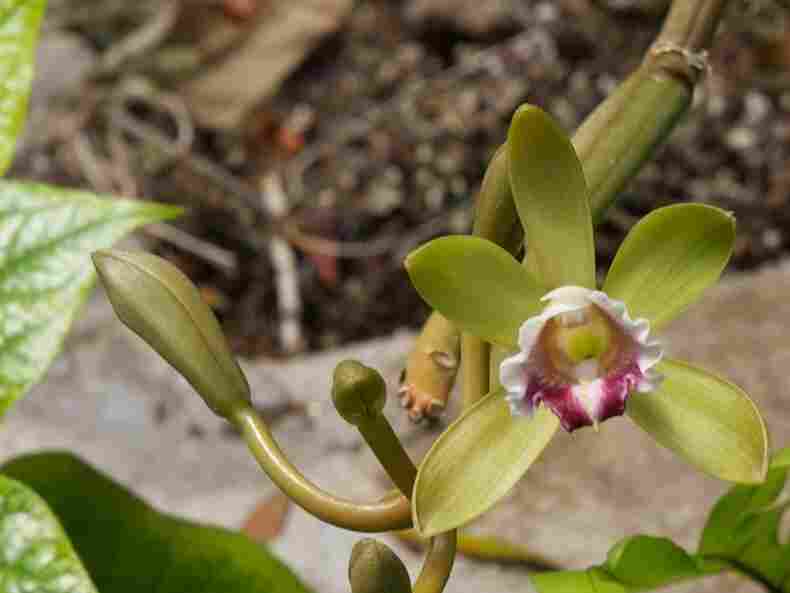 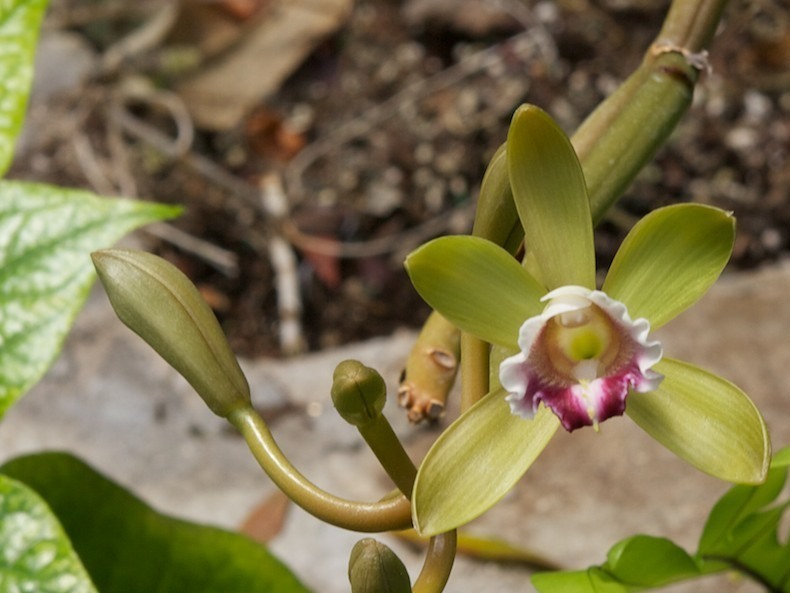 Say you know someone, maybe a friend of a friend, who's perfectly pleasant but just sort of lacks any sort of oomph. You don't want to be mean (because, you, unkind? Never), but if you had to describe that person in a really, really honest way, how would you do it?

We often use "vanilla" as shorthand for blandness. And maybe the reasoning is easy enough: Vanilla as a flavor is overused, and it's in so many things. Nilla Wafers. Yogurt. Ice cream. Soda. Practically everything you bake. It might be that vanilla has become so standard that we don't even taste it.

"The explosion of low-fat and low-carb products has created a need for strong flavors to render these foods remotely appetizing," wrote Amanda Fortini at Slate — and vanilla was seen as the solution. But it turns out that the vanilla we find in most products isn't really pure vanilla. Most products are made with this thing called vanillin, which is found in real vanilla but is usually made synthetically.

So how did vanilla become a kind of cultural metaphor for whiteness? It's not too far of a stretch to say that we've seen this SAT-ish synonym match in real-life: vanilla is to whiteness :: chocolate is to blackness.

Metaphors like this don't work in isolation, says Harryette Mullen, a poet and professor who teaches English and African-American studies at the University of California, Los Angeles. Think about the expression "plain vanilla," she tells me. When you consider that phrase, you're probably thinking of something that lacks other flavors.

Whiteness has always, always been defined in proximity to blackness.

"Whiteness is also associated with cleanliness, purity, but also blankness — the lack of color. So I think these ideas are kind of paralleled, the white versus colorful — 'colored' — and the chocolate versus plain vanilla," Mullen says. "So it's a way of reversing the kind of implied superiority of whiteness by saying that whiteness is the less interesting color ... because it's maintained as a norm. And we also have some ideas of how normal is desired but also boring."

Given its tumultuous history, that vanilla is now an analog for dull and white is pretty odd.

Because, you see, vanilla comes from the Totonac Indians in what's now Mexico. They first cultivated the beans and used them for medicinal purposes — not for flavoring. The Totonacs had to pay tribute to the Aztecs in the form of thousands and thousands of vanilla beans. And it was the Aztecs who used vanilla beans for flavoring. They mixed them with other things — like cacao. (Because, chocolate drank. Aka choclatl, aka xocolatl.) But it was the eventual Spanish conquest of the Aztecs that brought vanilla as a flavor to Europe and beyond.

Many sources credit Hernán Cortés and his soldiers who conquered the Aztecs for bringing vanilla from Mexico to Europe. Bernardino de Sahagún and Bernal Díaz del Castillo were among the first Europeans to describe vanilla beans in their writing.

It's widely cited that in 1602, Hugh Morgan, an apothecary for Queen Elizabeth I, introduced the queen to vanilla as a flavor. (It's said that Elizabeth had a real sweet tooth.) The queen went completely nuts — or is that beans? — about vanilla, and wanted it everywhere. Elizabeth is widely credited for popularizing the flavor, and by the late 18th century, it had caught on in the United States. Thomas Jefferson, who was minister to France before he became president, most likely first enjoyed vanilla in Europe. He even had this vanilla ice cream recipe, which is pretty similar to how we make ice cream today. 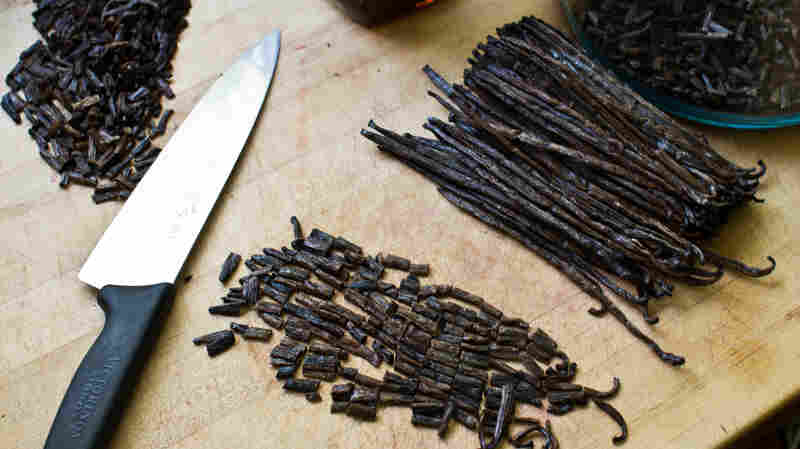 Vanilla beans were first used by the Totonac Indians, who used the beans to pay tribute to the Aztecs. Brian Boucheron via Flickr hide caption

But there was a problem. Folks didn't know how to cultivate or efficiently process vanilla beans. (After Cortés executed Montezuma, the Aztecs reportedly weren't so thrilled about shelling out their vanilla secrets. And could you blame them?)

Think about the way vanilla plants look: The beans are nestled in pods that grow on gnarly vines that can get as long as 350 feet and have orchids that you might expect to see in a flower shop. (You've probably seen some chef furiously scraping vanilla beans with a ridiculously large knife on some timed competitive cooking show. Ahh, yes. Chef Chow is adding in some real vanilla to this steamed pomegranate fish soufflé. Five minutes remaining on the clock!)

So how did folks learn to cultivate the plants? Well, slavery.

The year was 1841. Edmond Albius, a 12-year-old French-owned black slave from the Bourbon Islands, figured out what other botanists had tried to do for centuries. Albius discovered that the vanilla plant could be pollinated by hand using a blade of grass or a swipe of a thumb. It was effective and labor-intensive, but once folks figured out how to pollinate the plants, vanilla as a flavor became more accessible.

His discovery prompted French botanist Jean Michel Claude Richard to claim that he had in fact taught Albius the technique years earlier, and some of the French press would later claim that Albius was white. (This journal article from 1900 acknowledges that Albius was a black slave, and also says his master had him study botany.) Albius was eventually freed when slavery was abolished in 1848, and he died in poverty. But the hand-pollinating technique he created is still used on vanilla plants today, which is one of the reasons why pure vanilla flavor is still so expensive.

Given its incredibly dark and fascinating history, it's kind of amazing that of all things, vanilla has become a metaphor for blandness.