Accessibility links
Coming Out In Basketball: How Brittney Griner Found 'A Place Of Peace' : Code Switch At 23, Griner is one of the best female basketball players in the world — and now she's also an author. In a new memoir, she discusses being bullied as a kid and coming out as a lesbian in college. 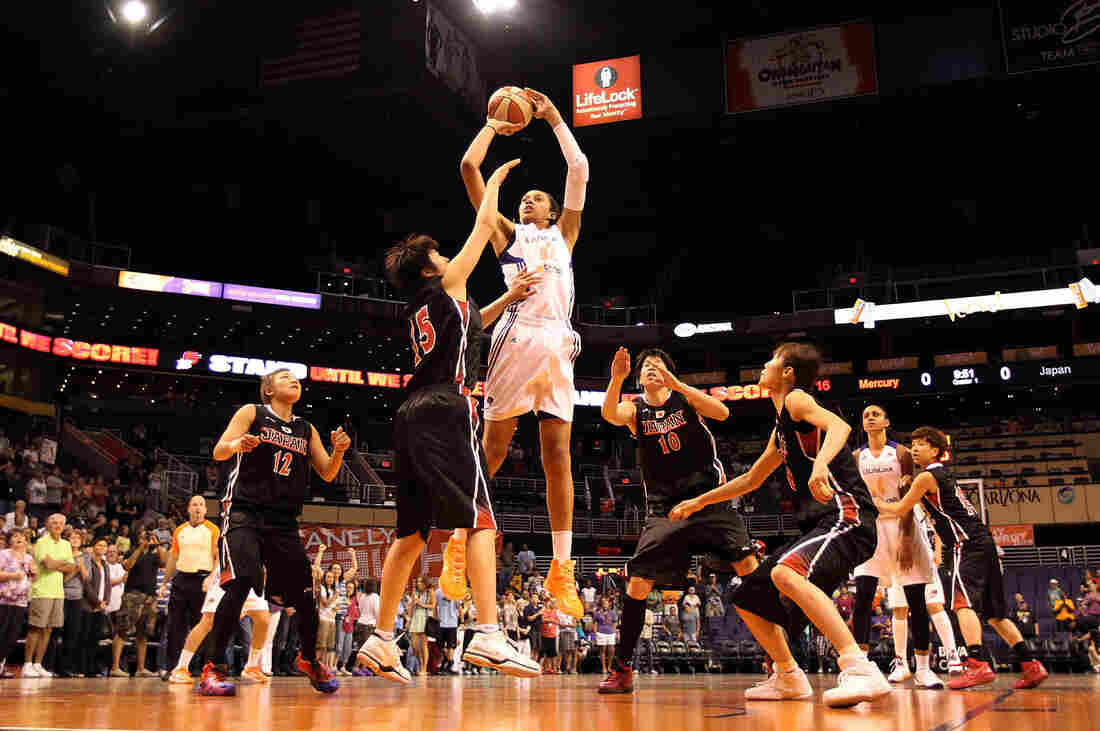 Brittney Griner puts up a shot against Japan during a 2013 preseason WNBA game in Phoenix. Christian Petersen/Getty Images hide caption 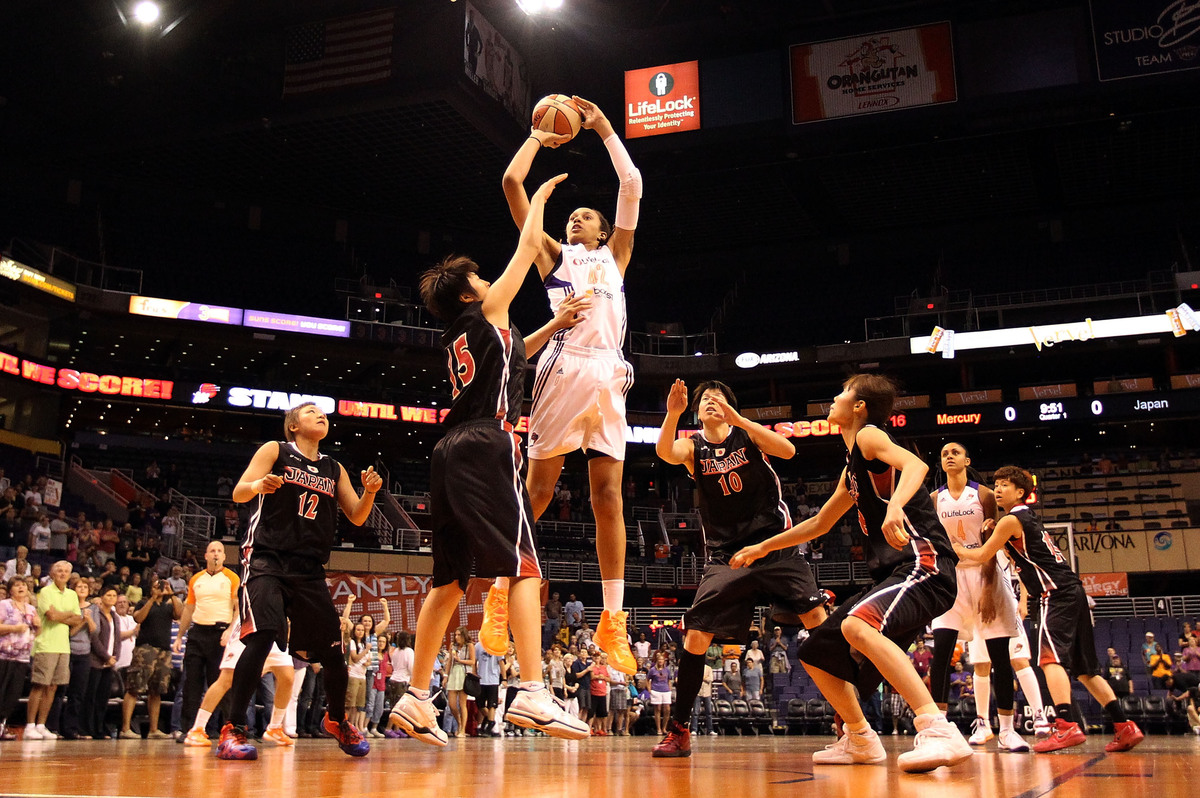 Brittney Griner puts up a shot against Japan during a 2013 preseason WNBA game in Phoenix.

Brittney Griner is 23 years old, 6 feet 8 inches tall and one of the best female basketball players in the world. She was the WNBA top draft pick last year, and in college she set records for the most blocked shots in a season and the most career blocks in history — for male and female players. She's so good that the owner of a men's team — the Dallas Mavericks — has said he'd recruit her. 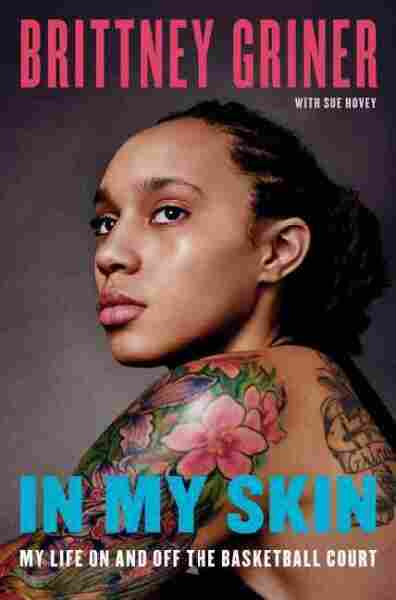 My Life on and Off the Basketball Court

by Brittney Griner and Sue Hovey

Now, Griner is also an author. She's co-written a new memoir, In My Skin, in which she describes being bullied and taunted as a kid for her height and athleticism.

She says, "Growing up, I always got 'She's a man,' or 'She plays too hard,' or 'There's just no way that she can be that good because, you know, a girl can't do that.' And I struggle with it a little bit. I'm like: Well, am I going too hard? And then I just realized, like, I'm a competitor. I want to go as hard as I can, and if I look like a guy out there playing ball, well, hey, I feel sorry for the opponent."

Sports writer Dave Zirin likens Griner's talent to that of Wilt Chamberlain or LeBron James. "She plays with a kind of emancipated abandon," he says, and he admires her openness about the sexism and homophobia she's encountered in the not-particularly-progressive world of college athletics. "She represents a break from the sexual McCarthyism in women's sports."

Griner came out as a lesbian while playing at Baylor University in Texas. There, she was a much beloved star, but Griner had no idea her school had a policy against homosexuality until her coach urged her to keep quiet about it. Griner disclosed her sexual orientation in interviews with SI.com and ESPN shortly before leaving college. Now she's made it something of a mission to address closet culture in women's sports.

"I had a girl come up and tell me how her coach basically told them that they could not be gay on their team," she says. "And I've heard stories of some coaches will not recruit you if you are."

Griner brings a defiant gender nonconformity to the court — and to the culture that surrounds it. Her distinctive fashion sense impresses even hard-core sports writers who don't generally care about such things.

"She dresses like a 1920s male dandy," Zirin marvels. "And it's pretty amazing to see. I don't know anybody who pulls off argyle socks quite like Brittney Griner." 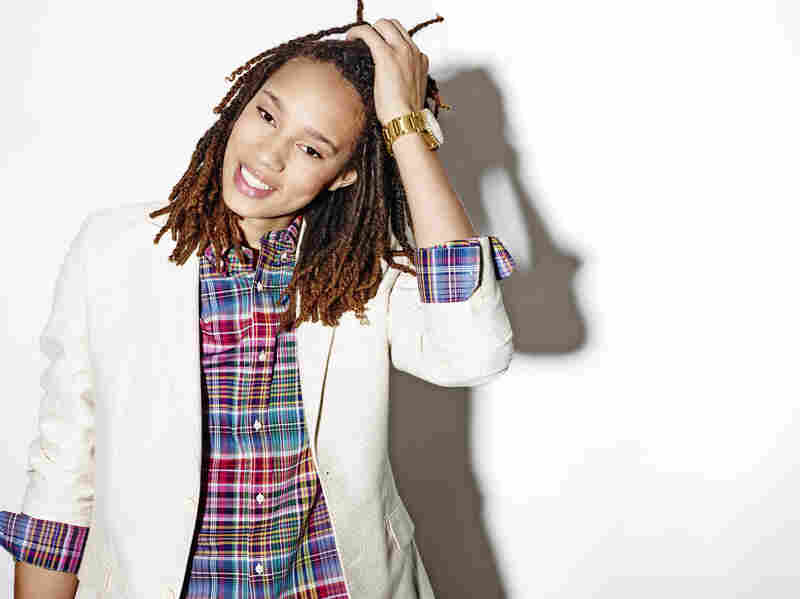 Griner is taller than 99 percent of the American population. Brandon Sullivan Photography/Courtesy of It Books hide caption 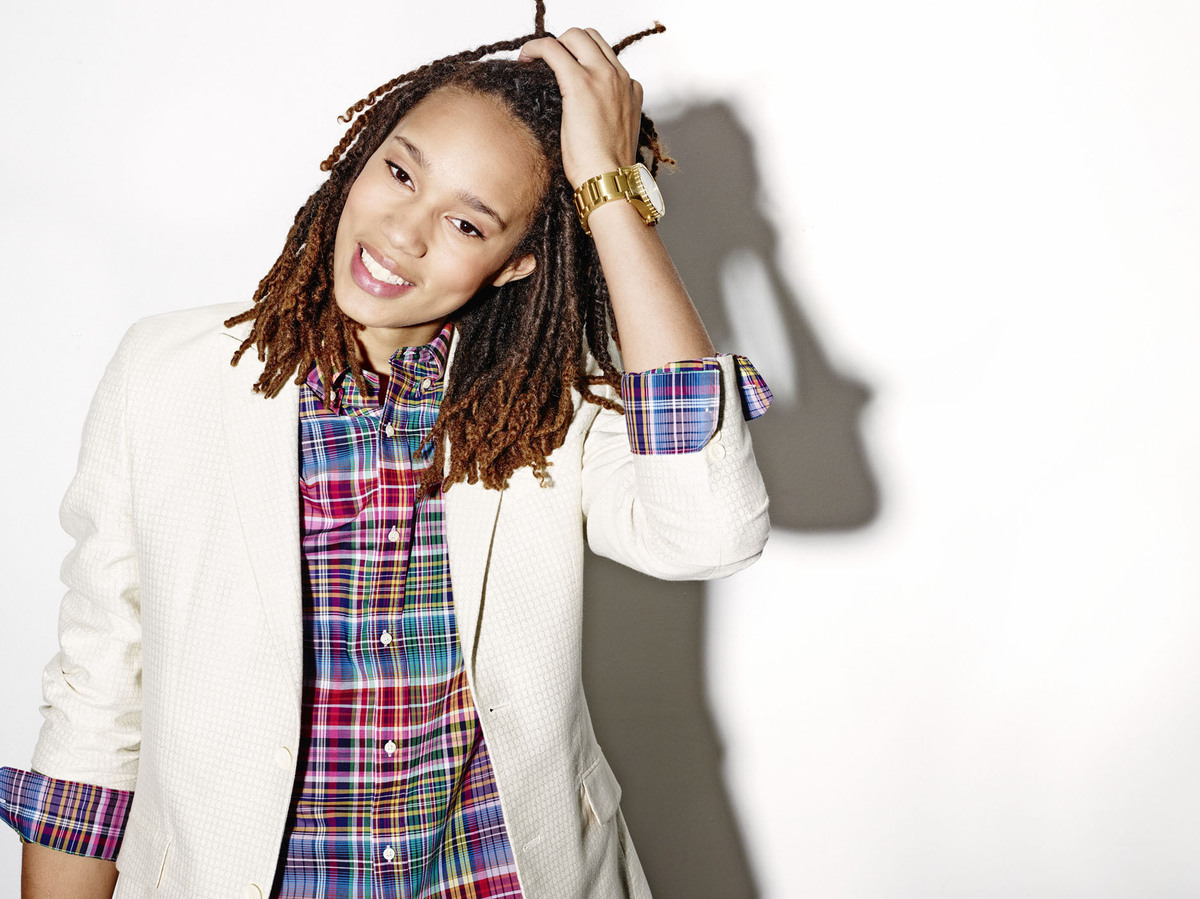 Griner is taller than 99 percent of the American population.

Brandon Sullivan Photography/Courtesy of It Books

She has shoulder-length braids and a ton of tattoos, but she looks to Ellen DeGeneres — known for her sleek, red carpet suits — as a fashion role model, because, she says, "It shows that we're not just big-baggy-clothes butch."

Griner proudly identifies as butch, and that makes her rare among women in the public eye. When Nike endorsed her as its first openly gay athlete, the company asked her to model its menswear line.

"It looks a little bit better on me, honestly, than some of the tighter female clothes," she says grinning.

So when the WNBA recently showed players possible new "sleek and sexy" uniforms — part of a plan to attract more men to the games — Griner was startled.

How To Hit A Big Dunk: Brittney Griner's Tweet Comes True For Baylor

And it's basketball that brings in Griner's fans. Attendance at Phoenix Mercury home games shot up more than 30 percent since she joined the team, and ESPN2 decided to keep broadcasting WNBA games partly because of her popularity. Griner says all this would have been unimaginable to the middle school kid who once considered suicide because of the constant teasing about her looks and carriage.

She pauses, then adds: "It's just a place of peace."