Accessibility links
Writers Of Color Flock To Social Media For A New Way To Use Language : Code Switch Writers of color are often told they must write for the "universal human," says poet Kima Jones. She explains how many of them take to social media to find their place among a different audience. 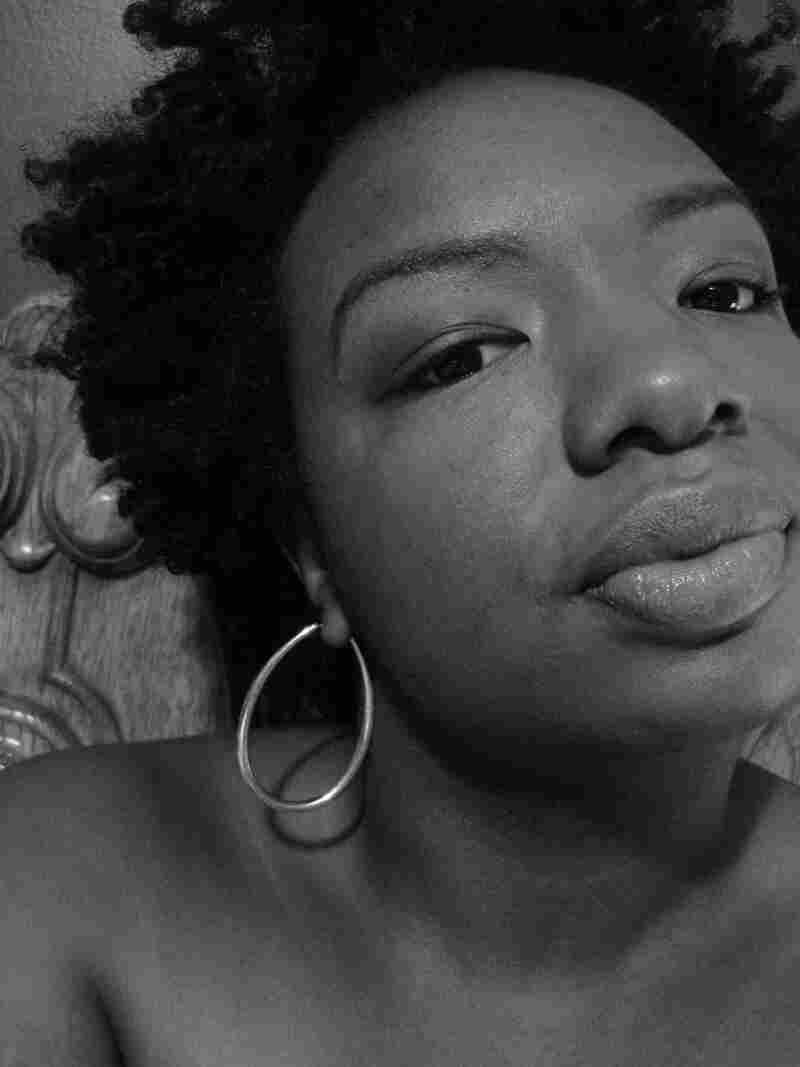 Kima Jones, like many other poets of color, uses social media as a tool to reach audiences that don't typically read literary journals. Courtesy of Kima Jones hide caption 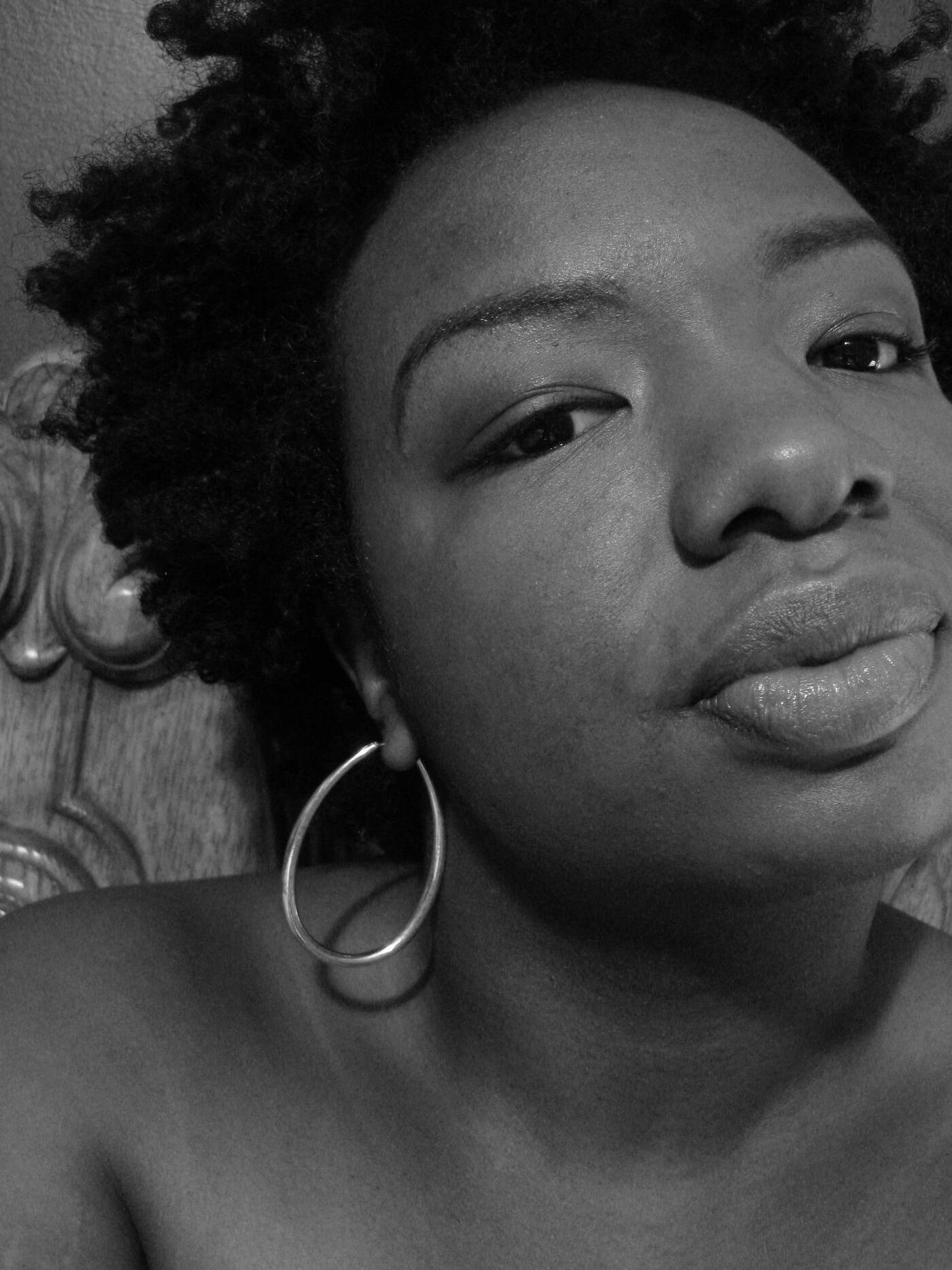 Kima Jones, like many other poets of color, uses social media as a tool to reach audiences that don't typically read literary journals.

"How do we enter the poem?" That's the first question poets are asked to consider for their readers. When reworking and formatting, before the line breaks or last word, the poet must find a way into the poem, first, to show the reader how to get there for herself.

We are taught to use language in a way that reinvigorates language. We are taught to squeeze out the multiple meanings of a word in a single poem, sometimes in a single line. Our turns of phrase, our colloquial speak, the embedded meanings and code-switching are all what makes the poem rich in the multiple meanings of what it ultimately conveys: the poet's history, the poet's geography, the poet's first language, the poet's purpose in showing up to the page. And the page itself, full of splendor and the pastoral, hauntings and merriment, means something new and different to each reader who graces it.

The poem can't find its audience until the poet has turned on the little hallway light of empathy and mercy and meaning. Those are the building blocks of understanding and reconciliation. That is the foundation.

For too long, writers of color have been told there is no audience for our work. That unless we write towards the universal human—which, of course, is code for white person—our work would not be understood, or read or taught. We are told that regardless of the work the poem is doing, we should codify it in a way that it is accessible and understood and praised by the universal human.

Writers of color have and continue to write against the notion that their work will not be received unless a universally white audience receives it. Indeed, we write the books and submit to the journals and magazines, but writers of color have also found ways to use social media to create and sustain language and audience, to reinvigorate the genres of memoir, essay, fiction and poetry and connect with people who may not have found our work conventionally or otherwise.

Very recently, Roxane Gay tweeted a photo of the acknowledgements page from her debut novel, An Untamed State.

Simply writing off social media as a procrastination tool is a mistake. While Gay was procrastinating on Twitter, she also wrote a collection of short stories, a collection of essays and a novel. Twitter has been a way for me to find people who are interested in doing the work of literature.

I met my writing partner on Twitter. I met my beta readers on Twitter. Editors approach me privately using the direct message feature. I have found paid, meaningful work and opportunities through Twitter. Procrastination can be generative. What looks like wasted time is actually decompressing, catching up with peers who care about you and the worlds you are creating, talking through a knot in the narrative until a character reveals themselves in a new way. It is research: article and information sharing.

This week the tech site, www.mashable.com compiled a diverse and intriguing list of 38 Gifted Poets on Twitter. The list, inclusive of both emerging and established poets, coming from a tech site says two important things about poetry and social media: poetry is not only for poets; social media's range and impact on how literature is produced and received can no longer be reduced to making sure an author has a well-designed website.

What shape does the poem take within the restraints of 140 characters? Now that Twitter allows line breaks, how differently have the poets used the form? Ask Joseph Delgado, a queer Chicano poet, who tweets as @ditchwaterghost. Joseph uses Twitter to create poetry about growing up in Albuquerque, machismo assumptions, queer identity, border crossings, queer love and gang violence. While Joseph has been tweeting for about two years, I did not find his work until poet, Eduardo Corral retweeted one of his Twitter poems. Isn't that the beauty and the power of the retweet? The echo? The witness and rewitness of wonder?

But not every writer sees the potential in social media. Jonathan Franzen has been outspoken about his disdain for social media, what he considers a dilution of language and an impoverished plea for audience on the part of the writer. We know that Jonathan has made these claims without considering his privilege, his following, his multiple books and features and reviews. We know that Jonathan doesn't have to think about the universal human being, and will never ever be asked if he is worried that non-white readers will understand his work, if he is worried about being read or taught, if he is worried that he has left the door open wide enough for readers to enter his work. Twitter, and other social media outlets, continue to be important to writers of color as a quasi-democratic way to directly engage, criticize, promote and commune. Franzen may not see the value in doing work he has not been asked to do.

Now barrio kids are writing poetry in the creases of their dickies, in the mist of aquanet, in the simmer of frajo smoke. #dirtydeserts

One of the most notable examples of using Twitter to create a new literature has been done by essayist and novelist, Teju Cole. Asked why he created the story Hafiz through retweets from his followers, Cole says, "A lot of the people I want to be read by, a lot of the people I want to speak to, are not people who have subscriptions to The New Yorker or The New York Times, so it's important for me to speak to them in this way also." (Check out the story, and NPR's follow-up interview with Teju Cole here.) What Cole goes on to describe as "clean" and "coherent" and "generous" was made possible by experimenting with living, dialogic language within a community of "followers."

I believe in poetry as an elevation of language, as a call and response, as shelter from the world that sometimes feels like it could crush me if I let it. Poetry is for the people and language is of the people.

When compiling the tweets for yesterday's poem, I wanted to be sure to include as much everyday language as possible, hashtags (another new way of thinking about language) and explore work from poets as well as audience members who don't consider themselves necessarily poetic. It was also important for me to direct the poem about race and culture in a way that asked the participants to dig deep. It is so easy for us to approach difficult conversations in easy, familiar ways. (You can find the whole crowd-sourced poem below.)

I found it curious that all of the participants who offered a first line used light metaphors to discuss race — rather than discussing race itself. I wonder about the American preoccupation with light and darkness and its connotative meaning of goodness and evil in relationship to writing a public, community poem. I wonder about the hesitancy to write from a place of witness and experience. I wonder about the notion of beauty being more important than the telling of the poem. Any poet worth her grit directs her reader toward the confrontation. In the second and third stanzas of the communal poem, I asked the participants to focus on history and identity in ways that aren't "artful" or "correct" but thoughtful and reflective. Once I did that, the poem opened up to imagery and testimony and became a braver testament to the work of many hands across one chalk board.

When we build a stadium, we are trusting that the foundation is solid, that the walls will not cave in on us, that we've estimated the right amount of bricks. If we start to see each tweet as as a poem, as a flash fiction, as a small rendering of story, our vision for what we are building changes. We are not simply building the stadium; we are creating and housing a new way to use the language and speak and be heard.