Accessibility links
What Exactly Qualifies As 'Racist,' Anyway? : Code Switch A Nevada rancher and conservative cause célèbre said he thought black people would be better off if they were still slaves. He later denied that he's racist. 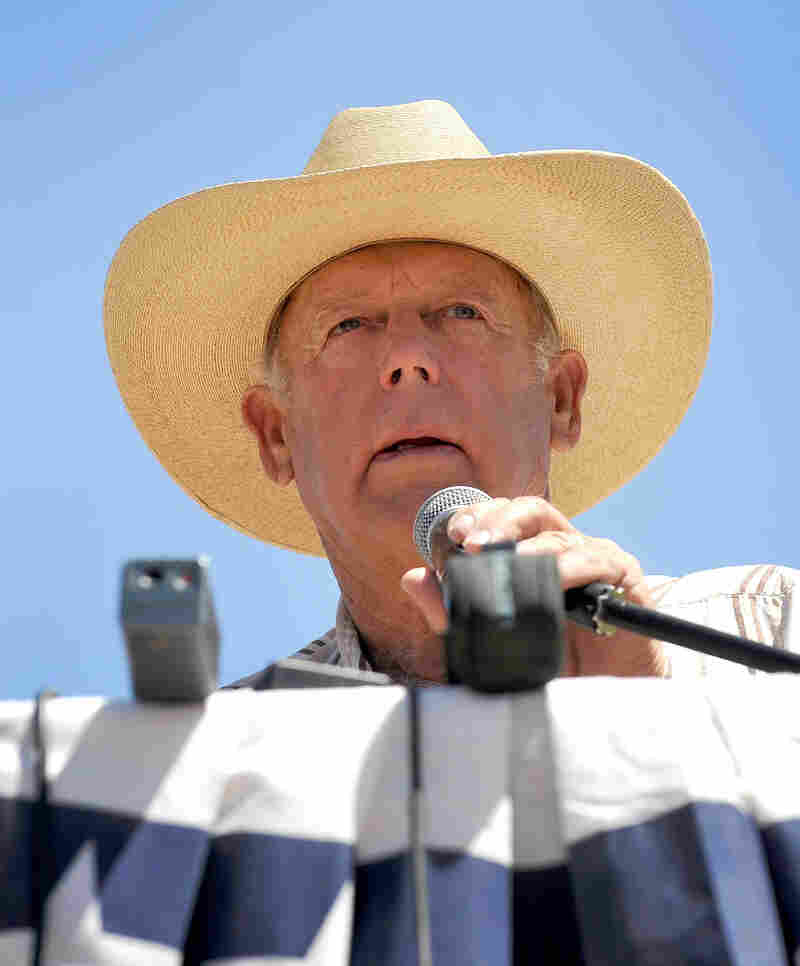 Cliven Bundy, who has been locked in a dispute with the federal government for decades over grazing rights on public lands, has strong opinions on things. Things like black people. David Becker/Getty Images hide caption 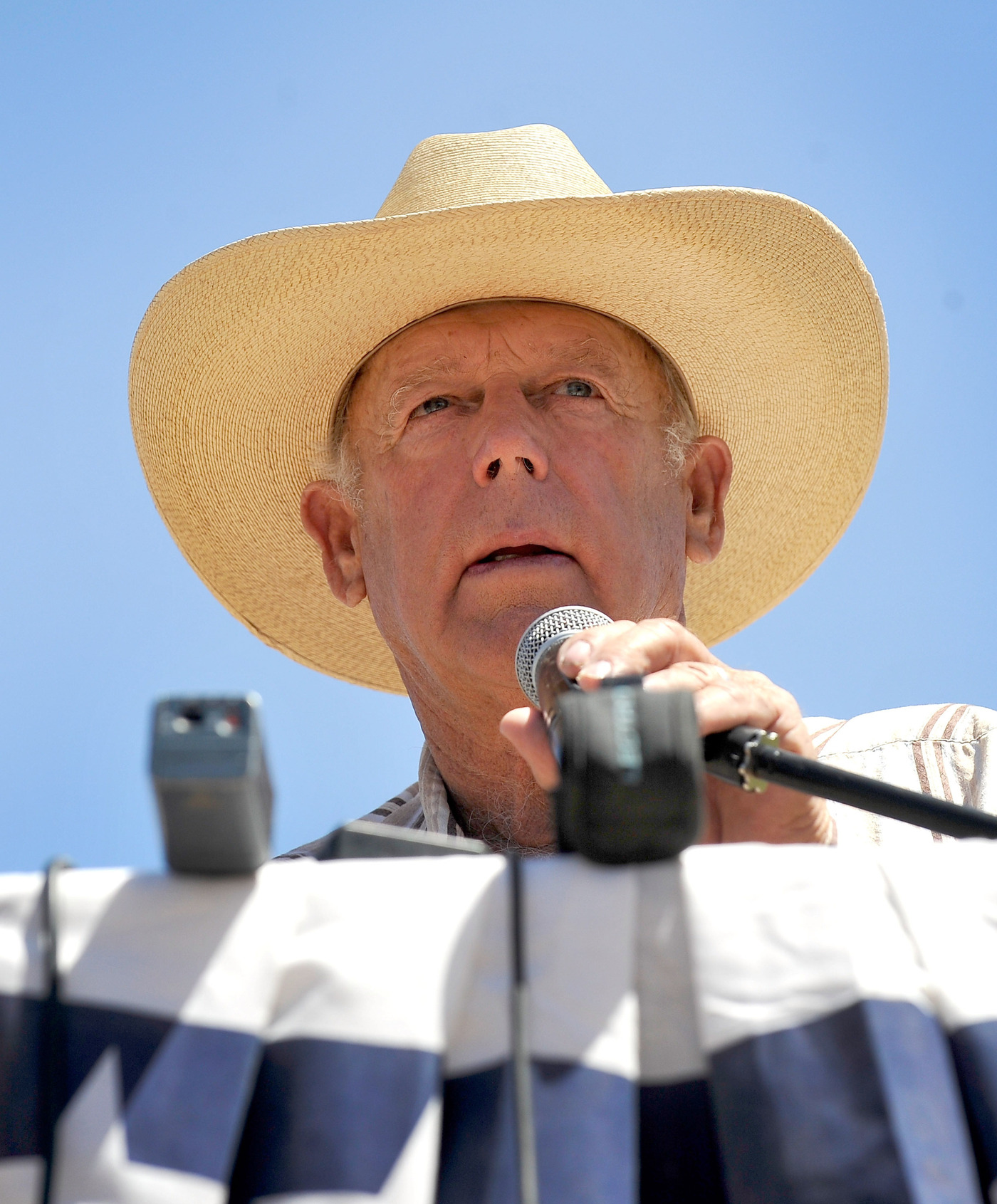 Cliven Bundy, who has been locked in a dispute with the federal government for decades over grazing rights on public lands, has strong opinions on things. Things like black people.

Over the past few weeks, Bundy has garnered huge amounts of media coverage and plaudits among some conservatives for defying the federal government. (The National Review went so far as to place Bundy in the tradition of Gandhi.) For decades, the Nevada rancher had been grazing his cattle on federal land that the government had designated as protected because of endangered wildlife that lived there. Things finally came to a head when rangers from the Bureau of Land Management came to confiscate his cattle for their presence on government property. But the authorities backed down when they arrived and were greeted by Bundy and his armed militiamen supporters. And just like that, the whole episode became another proxy battle for our ideological battles about the role of government. A bunch of prominent Republicans called him a patriot, while Democratic Sen. Harry Reid called Bundy and his supporters "domestic violent terrorist-wannabes."

But the conversation swirling around Bundy changed Thursday after the New York Times published a story that included the rancher holding forth on a wide array of topics. Topics like, you know, black people.

" 'And because they were basically on government subsidy, so now what do they do?' he asked. 'They abort their young children, they put their young men in jail, because they never learned how to pick cotton. And I've often wondered, are they better off as slaves, picking cotton and having a family life and doing things, or are they better off under government subsidy? They didn't get no more freedom. They got less freedom.' "

Many prominent lawmakers and media types who previously championed Bundy have condemned his comments and distanced themselves from him.

Sen. Rand Paul, R-Ky., who had supported Bundy, today said, "[Bundy's] remarks on race are offensive, and I wholeheartedly disagree with him." Sen. Dean Heller, R-Nev., another Bundy backer, said the same.

But today, after the hullabaloo from his statements in the Times, Bundy told conservative talk show host Alex Jones that he wants the Times to retract its story. "They're making it a racist-type thing," Bundy said, according to Talking Points Memo. "I'm not racist."

In a separate interview with a different talk show, Bundy sought to clarify his remarks by employing the odd tactic of restating the exact same ideas.

"I'm wondering: Are they happier now under this government subsidy system than they were when they were slaves and they was able to have their family structure together and the chickens and the garden and the people have something to do?

Bundy wants to school us on race in America, and he does so. It's just not what he thinks he's telling us.

Let's be real: Cliven Bundy's opinions about black people don't much matter. The same was true for Michael Richards and Duane "Dog" Chapman, who also famously flamed out while being "not racist."

Duane "Dog" Chapman, the erstwhile reality TV bail bondsman — the kind of job descriptor that only makes sense in early 21st century America, by the way — was surreptitiously recorded yelling at a son and calling his son's girlfriend a nigger. Another one of Chapman's sons came to his father's defense when that recording became public: "My dad is not a racist man. If he was he would have no hair. He'd have swastikas on his body and he would go around talking about Hitler. That's what a racist is to me."

What Bundy's brouhaha illustrates for us, yet again, is that "racist" has become a term both monstrous and meaningless, that denotes something so vile and inhuman that no real person might ever meet the standard. Not even someone who thinks black people would be better off toiling in bondage.

Update: Folks, this discussion veered off in a lot of bad directions, including a ton of category threes and category fours, so we have closed it. A few perfectly fine posts triggered our filters, and we're restoring those. Thanks.