Accessibility links
The Army Reconsiders Its Opposition To Cornrows And Dreadlocks : Code Switch Following complaints from the Congressional Black Caucus that new Army hair regulations are culturally insensitive, Secretary of Defense Chuck Hagel has called for a review of existing rules.

The Army Reconsiders Its Opposition To Cornrows And Dreadlocks

The Army Reconsiders Its Opposition To Cornrows And Dreadlocks 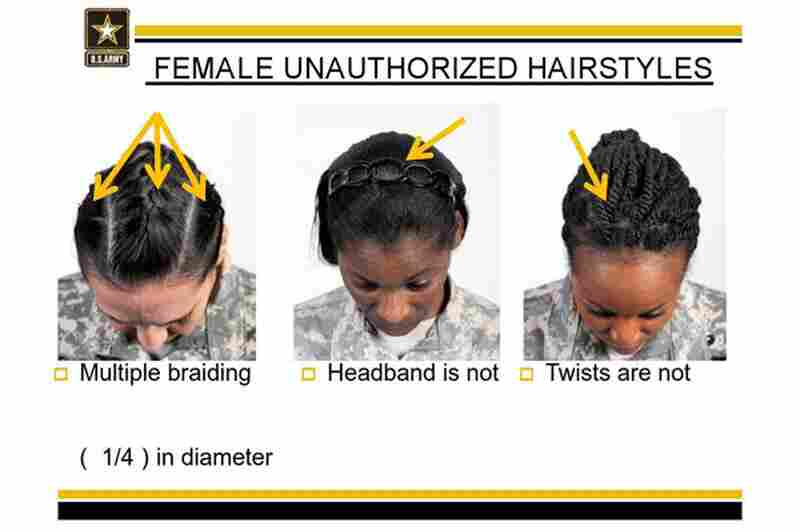 The U.S. Army's new grooming regulations for women will be reviewed by a panel convened by Secretary of Defense Chuck Hagel. U.S. Army hide caption 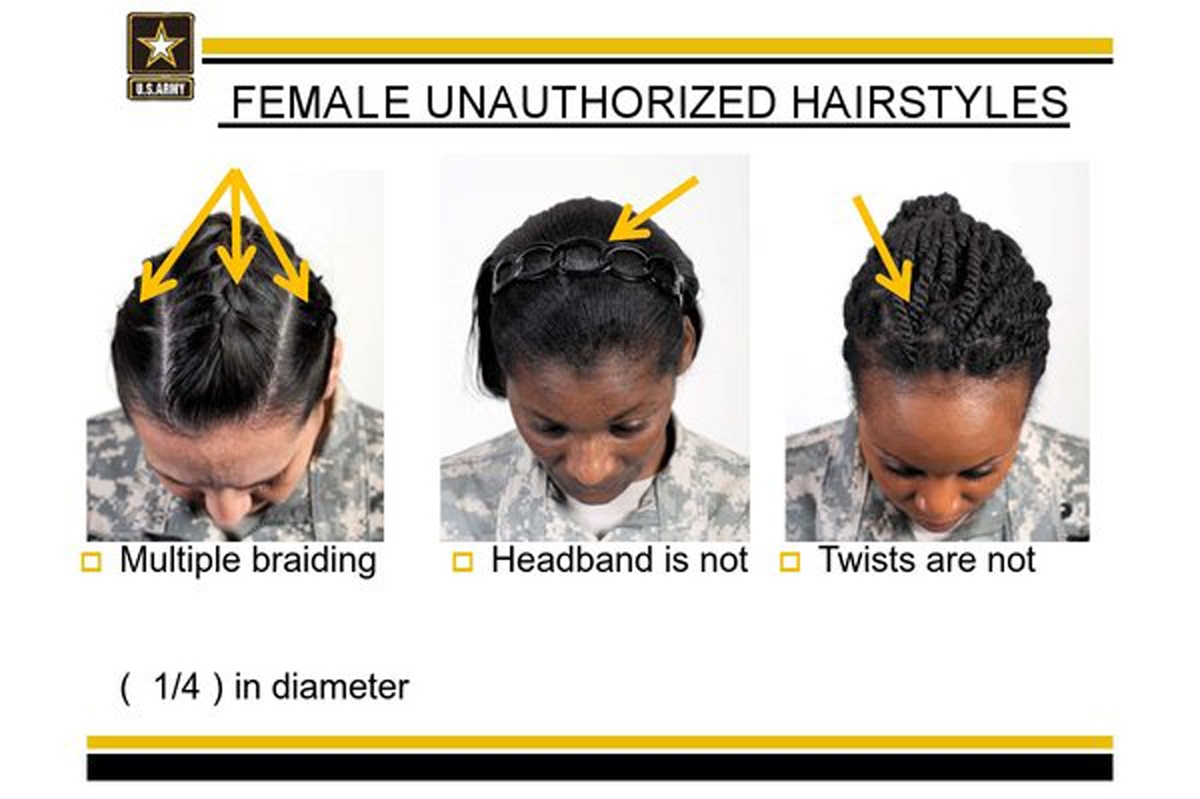 The U.S. Army's new grooming regulations for women will be reviewed by a panel convened by Secretary of Defense Chuck Hagel.

On Wednesday, Secretary of Defense Chuck Hagel's office announced it will revisit the matter of AR 670-1. That's a recently revised Army grooming regulation that many black women feel unfairly targets them, as it forbids many natural hairstyles they commonly wear.

Hagel's announcement followed complaints and a written request to reconsider the policy by Rep. Marcia Fudge, D-Ohio, who described the regulation as racially discriminatory. Her request was joined by about 15,000 signatories on a (now-expired) petition on WhiteHouse.gov asking the president to reconsider the rule.

Affects Some More Than Others

In a letter, Fudge told Hagel she believes the regulations are biased against the rapidly increasing numbers of black women who choose to wear their hair natural while serving in the military. She noted that the Army's requirement that longer hair be swept into a bun isn't practical for women with kinky hair. (And the Army's stated option that natural hair could be covered with a wig to meet regulations seems downright odd.)

Today, through a Pentagon spokesman, Hagel said he'd heard the complaint and was taking action. He is convening a panel that is tasked with reworking the ruling's language, which deeply offended many women with natural hair with the description of cornrows and dreadlocks as "matted" and "unkempt." Deadline for completion: 30 days.

A second panel (whether it has the same members, we don't know, because the Army will not release their names) will also work on examining how natural hairstyles can be incorporated into the Army's dress code. This panel must make its suggestions in 90 days.

Fudge praised Hagel "for his prompt response to our letter and for seriously considering our concerns." She believes Hagel's willingness to look into the issue "affirms his commitment to ensuring all individuals are welcomed and can continue to be proud of serving in our armed forces."

New Regulations For All Branches Of The Military?

As it now stands, each service branch creates its own grooming regulations. There is speculation, within the Pentagon and outside, that it may be time for one set of grooming edicts that would apply to the Army, Air Force, Navy, Marine Corps and Coast Guard — one that recognizes that while their desire to serve their country is the same, military personnel come in different sizes, shapes and hair textures.