European Soccer Tackles Racism But Slips On A Banana Peel

European Soccer Tackles Racism But Slips On A Banana Peel 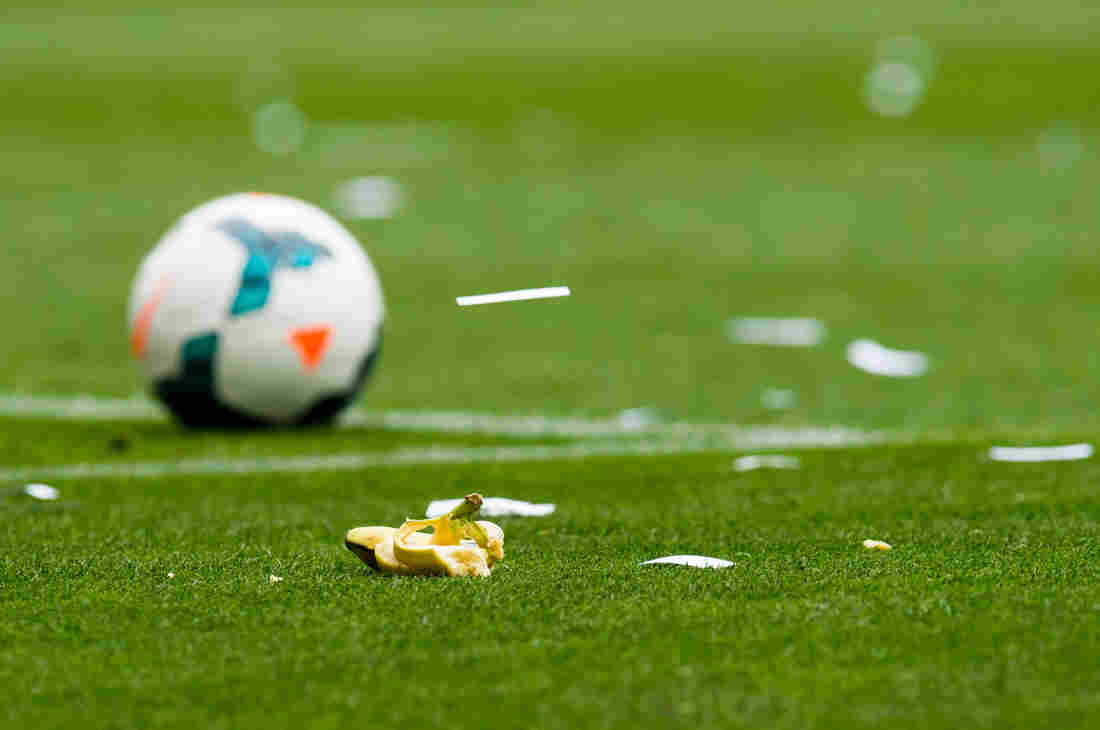 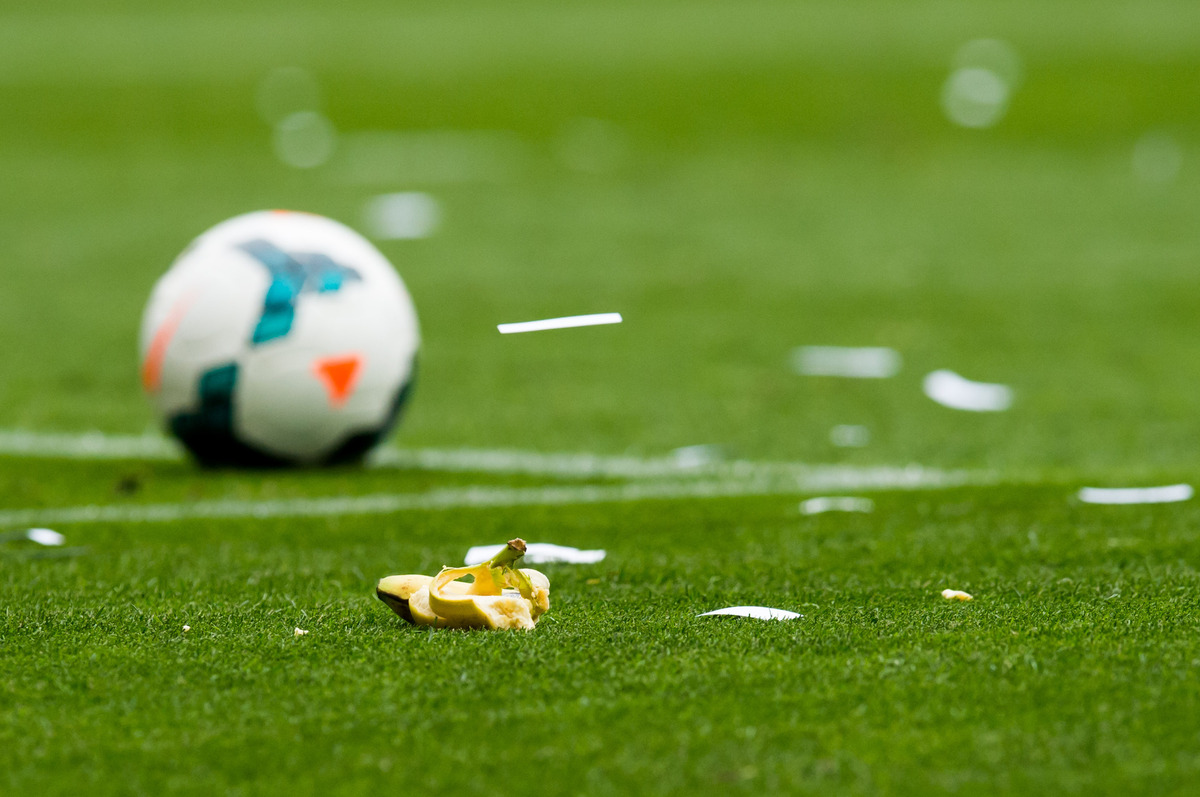 A banana thrown earlier this season by supporters of RCD Espanyol during the La Liga match between RCD Espanyol and FC Barcelona at Cornella-El Prat Stadium.

While sports fan in the U.S. have been focused this week on the Donald Sterling scandal, European soccer fans have been talking about another racial incident. At a match between FC Barcelona (popularly known as Barça) and Villareal CF in Spain this past weekend, Brazilian player Dani Alves was setting up to take a corner kick when a banana, thrown by a fan, landed in front of him on the pitch. (You know, because racist taunts are never subtle.)

Alves reached down, peeled the banana, and took a bite out of it before taking the corner.

His team, Barcelona, won the match, 3-2. Afterward, Alves jokingly tweeted that he was grateful for the extra potassium, which kept him from cramping up.

These kinds of stunts are hardly new. Alves, who has been the target of racist heckling in soccer stadiums before, said that the fight against fan racism in Spain is "a lost cause."

And yet, after the incident lots of other famous players rallied to Alves' side, tweeting and Instagramming photos of themselves eating bananas, many with the hashtag #somostodosmacacos — Spanish for "We are all monkeys." Macaco is often shouted by Spanish fans as an insult to black players. The campaign, which it turns out was planned by a marketing company, has become a social media phenomenon.

With my colleague Marta from Brazil we say #NoToRacism. We are all equal. pic.twitter.com/0kWLsaAgwP

"Part of the idea is that the humor makes the racists seem more absurd," Laurent Dubois, a Duke University historian who wrote Soccer Empire: The World Cup and the Future of France, told me on Wednesday. "Whether that's the right tactic or not, we can debate on and on, but it's part of a long lineage of responses to fan racism."

He said that the problem is most salient in two of Europe's top leagues, Italy's Serie A and Spain's La Liga. "There's a really serious problem of fan racism in European soccer that you don't really see in American sports," Dubois said. "The historical context is different."

Dubois said that European football is seeing a whole bunch of changes on the pitch collide with changes in the wider world. In the 1980s, the European Union overturned the rules that capped the number of non-European players a team could field. At the same time, European countries were loosening up regulations on privately owned television networks, resulting in an influx of money to the sport. Players from all over the world began heading to Europe to play.

"When you watch [the United Kingdom's] Premier League now, you're not expecting to see all British players," Dubois said. "You're assuming you're going to see someone from Cote D'Ivoire or whatever."

And that's part of what's fueling incidents like this. "Part of this is about anxieties around immigration from non-European countries," Dubois said. Some of the hooliganism that used to plague matches was blamed on far-right groups, but active anti-hooligan measures and the rising price of tickets to matches squeezed a lot of those elements out.

Dubois pointed out an irony that shows how messy tribalism can be: "In almost every case where fans have thrown bananas onto the pitch against players on the other team, those fans have been chanting for the black players on their own team," he said. Those fans rationalize it as just another way to rattle players from the opposing team. "If you acted like you did in the stadium as you were walking down the street, people would think you were insane," he said. "But in the stands, it's supposed to be a place where you can [let loose]."

That, of course, doesn't mean the behavior is not racist.

There are sanctions that can be leveled against players and managers for racist behavior, but fans are a tougher nut to crack. Some clubs have banned fans or fan groups, but that hasn't really put a consistent dent in the incidents. (The fan who threw the banana at Alves has been banned from the stadium for life.)

Dubois cited the position of Lilian Thuram, a black French national hero for a decisive goal in a World Cup match in 1998, who has become an outspoken activist against fan racism in football. Thuram has argued that the only thing that may work is for a side to walk off the field in protest, prompting their teams to cancel or forfeit games. "Thuram's point about this is, if you start hurting [the wallets of] people who are making money off this, then they're going to find a way to not let the fans into the stadiums with bananas," Dubois said. "He also said that this shouldn't only be up to black players. All players have to do it."