Accessibility links
Artists Bring Back The Human Zoo To Teach A Lesson In History : Code Switch In 1914, 80 African men, women and children were brought to Oslo for the sole purpose of being gazed upon in a thatched hut village for five months by Norwegian natives. 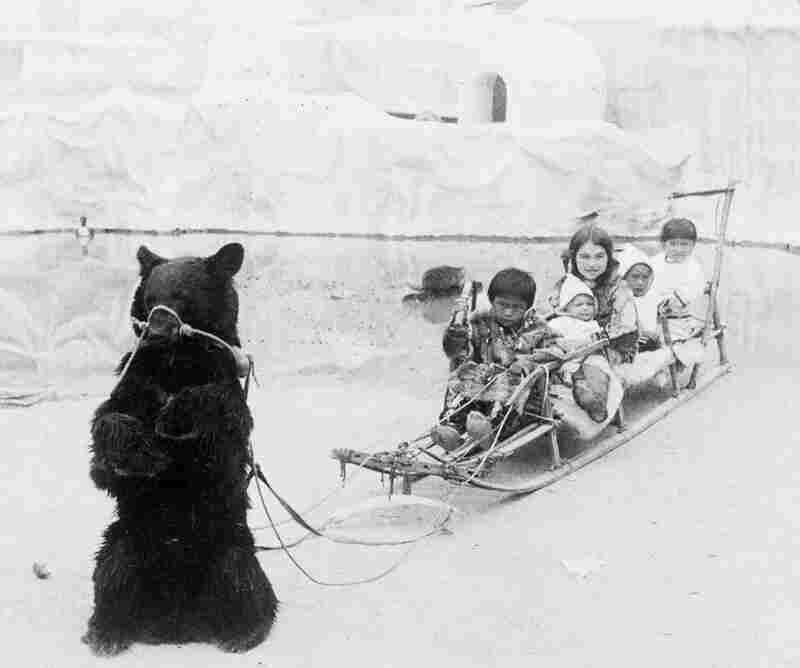 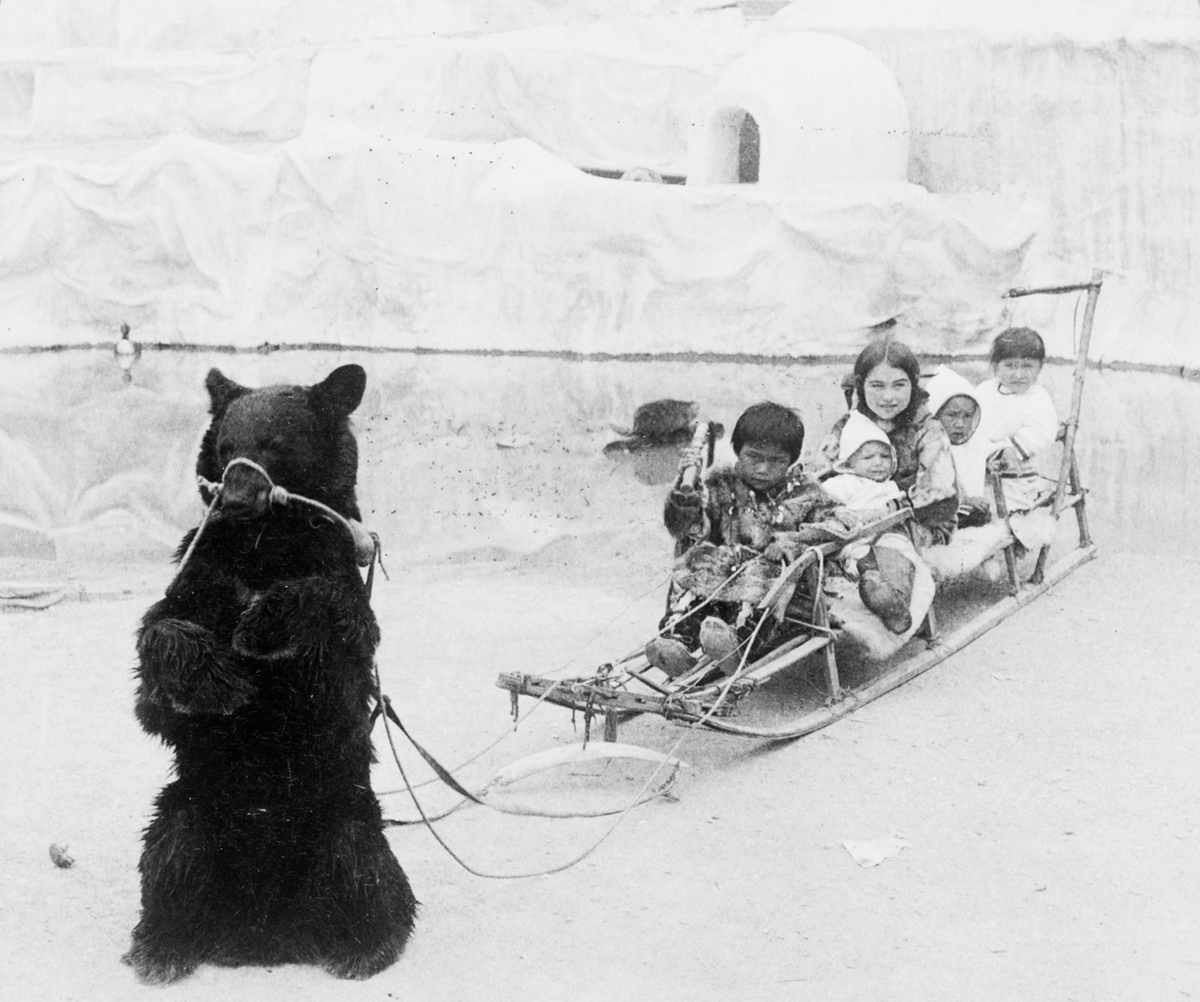 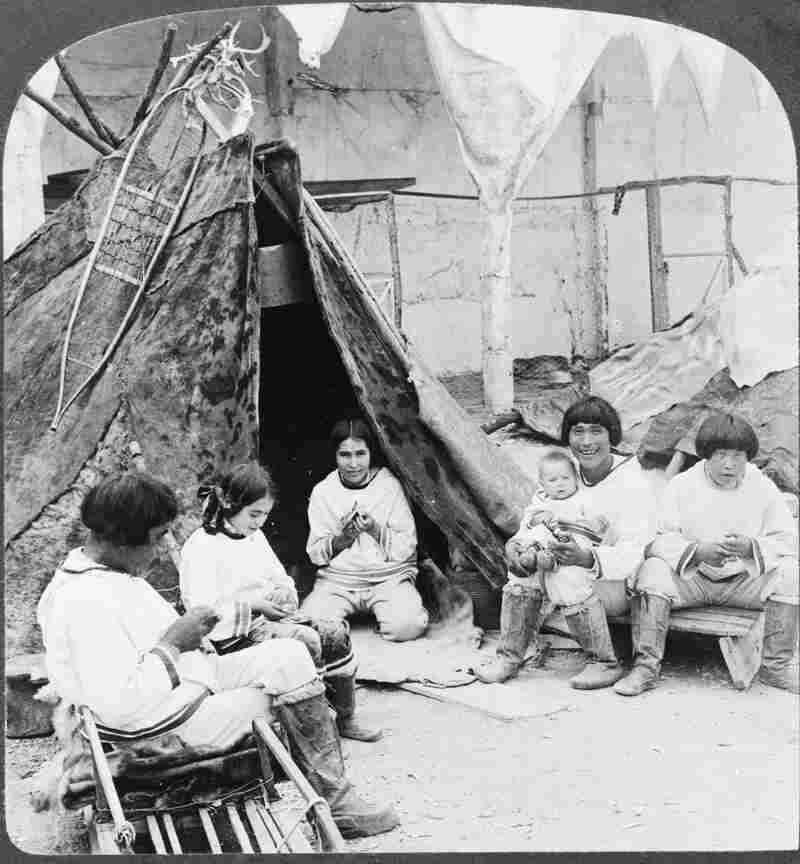 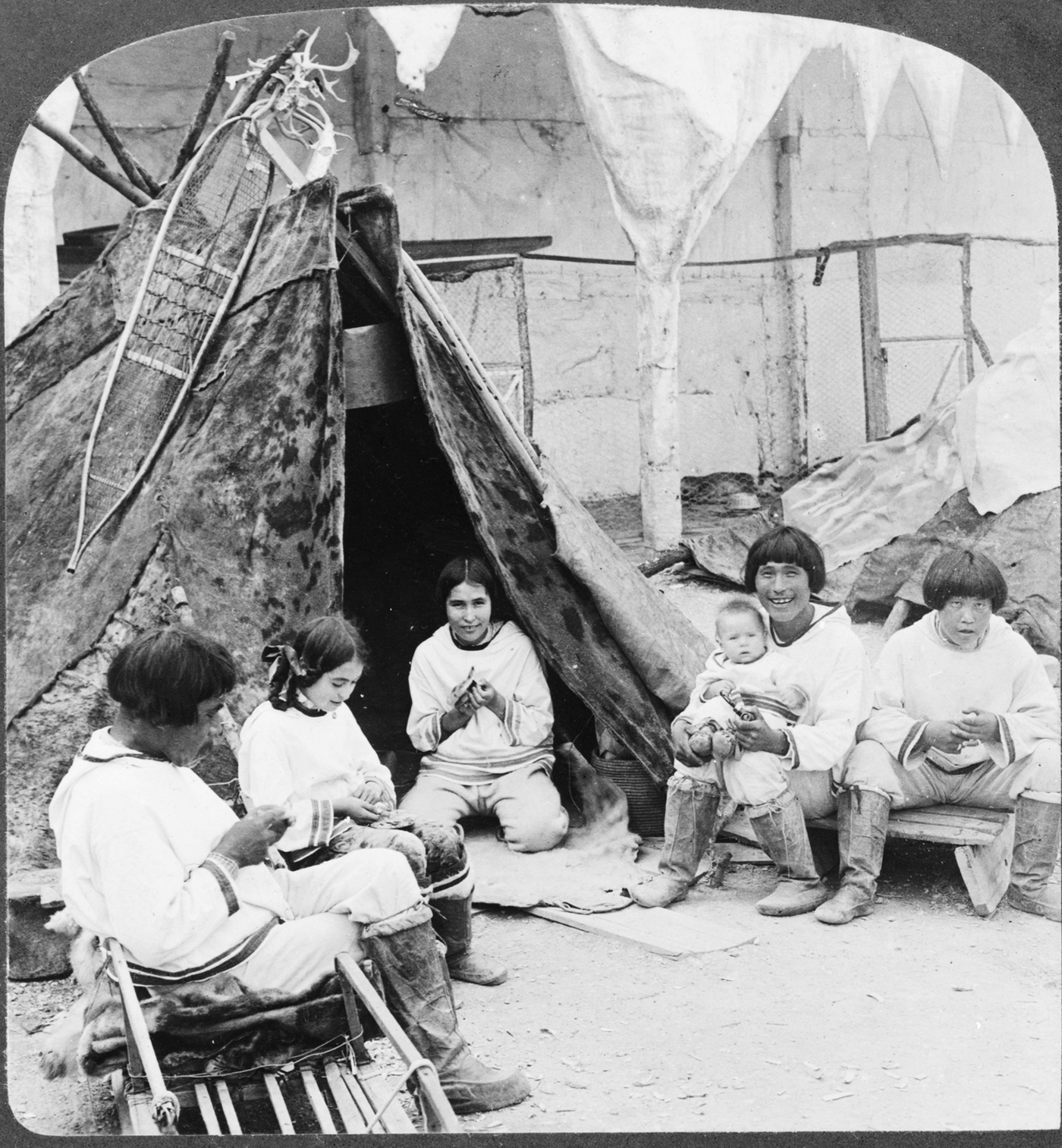 In 1914, 80 African men, women and children were brought to Oslo for the sole purpose of being gazed upon in a thatched hut "village" for five months.

When artists Mohamed Ali Fadlabi and Lars Cuzner first heard mentions of Norway's historic "human zoo" they were surprised, sure. But what Fadlabi (from Sudan) and Cuzner (Canadian-Swedish) found even more astonishing, was how thoroughly that moment in time had been erased from their adoptive country's collective memory. So they decided to bring the dusty photo album back to life by recreating the village, in the same Oslo city park, from May 15 to August 31.

Granted, the original "Congo Village," as it was called (despite being populated by people from Senegal), was not all that unusual at the time. Back then, exhibits featuring exotic people paid to do exotic things while wearing exotic clothes were pretty standard fare at major exhibitions throughout Europe and North America.

"But what kept happening," Cuzner says, "was we met people who had heard about the phenomenon of human zoos in other countries, but they were pretty sure that that had never happened in Norway." Because Norway—land of the Nobel Peace Prize, high on all the "equality" lists, home to a sizable immigrant population — is supposed to be different.

Not that anyone would suggest Norway is free of intolerance. You don't have to look much beyond the 2011 massacres by right-wing extremist Anders Breivik to see that. Just this March, police had to step in when one of the survivors of that attack, a singer named Mo, became the target of racial harassment online during competitions for Eurovision. And last week at the UN, Saudi Arabia lashed out against Norway's human rights record, saying the country does not do enough to protect its religious minorities.

But all that aside, say Cuzner and Fadlabi, this is a country that enjoys basking in the "image of Norwegian goodness," a kind of "aren't we grand for being more equal than everyone else" attitude that is perhaps unique to the welfare states of Scandinavia. It's a sentiment widely on display this year as Norway celebrates the bicentennial of its constitution.

The framing of the project by the artists as a "reenactment" could (and did) lead many to assume that it would be a straight-up black and white photocopy of the original scene.

With that in mind, Rune Berglund Steen with the Norwegian Centre Against Racism initially described the project as "degrading," saying it would make Norwegian children of African descent "vulnerable to bullying and harassment."

In a new release, having learned that participants will actually be a "mixed group of extras" (though Fadlabi and Cuzner aren't revealing many specifics) Steen now says the exhibit "could be positive." And yet, given what he sees as the artists' vacillating intentions, the risk, he says, is that "2014 won't stand as resounding answer to 1914, but as a very confusing echo."

But for Fadlabi, Steen's original response is a perfect illustration of a fundamentally patronizing attitude that makes the project so relevant. At the start of the project, he says, many well-intentioned people tried to warn him, "the African guy," away from the idea, "because, by default, Lars is supposed to be racist, I'm supposed to be stupid, and he's supposed to be using me."

It's the same thinking, Fadlabi says, that made people worry when they believed all the "extras" would be African. "Like, why don't you trust Africans to make up their mind and be part of this exhibition?... It's this superiority, this guardianship, it's just so terrible."

The two organizing artists are both immigrants to Norway and refer to themselves as "quasi-national therapists." In a kind of heavy-handed earnestness, Fadlabi and Cuzner see themselves as forcing their adoptive country to tackle its complicated racial history.

It's impossible to say for sure until after the exhibit opens, but this new human zoo seems less likely to change minds than a lighter-hearted video campaign from 2012.