Accessibility links
Can Student Journalists Ban 'Redskins' From Their School Paper? : Code Switch A Pennsylvania school board will decide this month whether students are allowed to ban "Redskins" from their paper. Student editors say it's a racist term and are ready to bring the case to court. 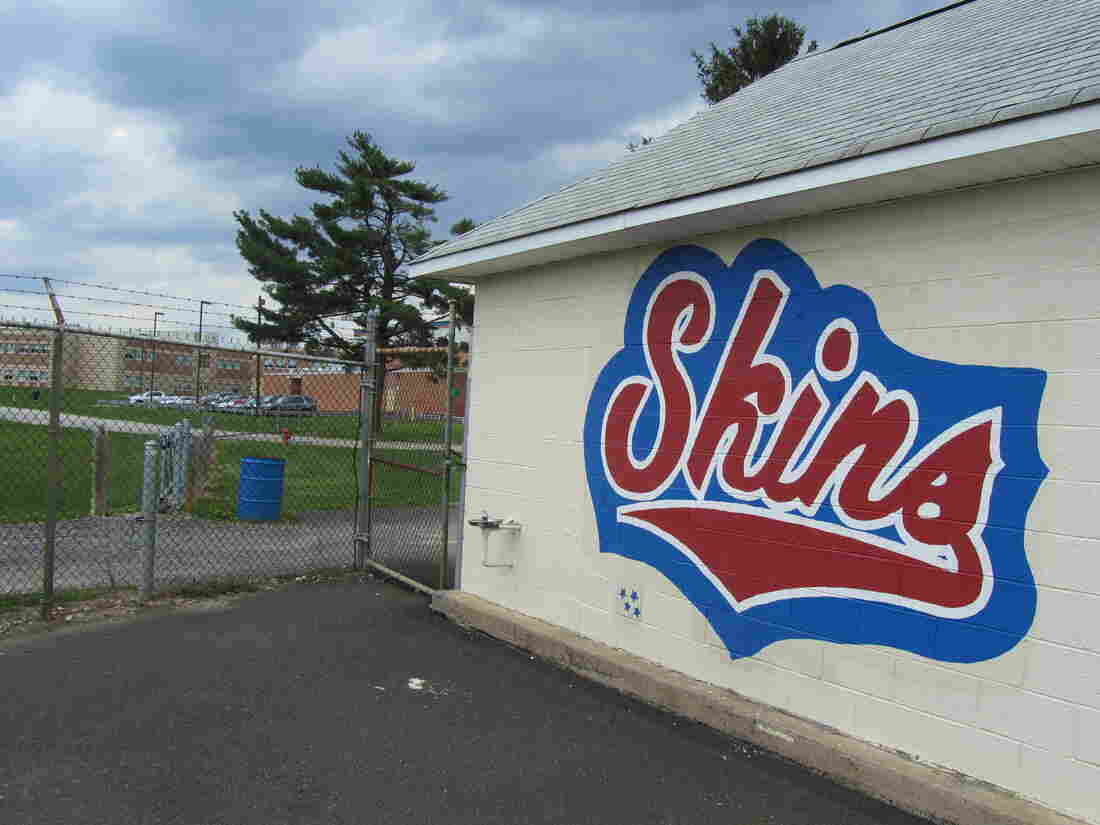 Student journalists at Neshaminy High School have vowed not to print the name in their newspaper. Aaron Moselle/NPR hide caption 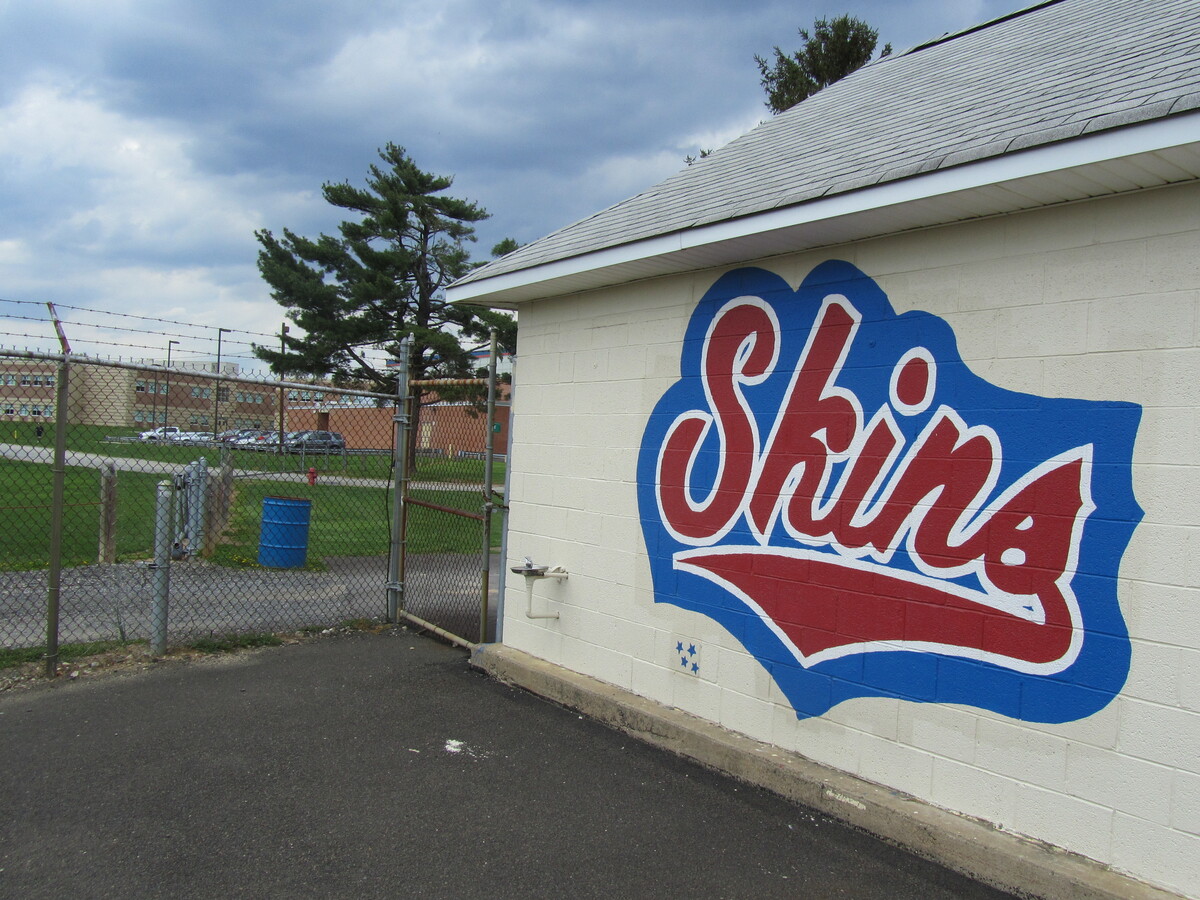 Student journalists at Neshaminy High School have vowed not to print the name in their newspaper. 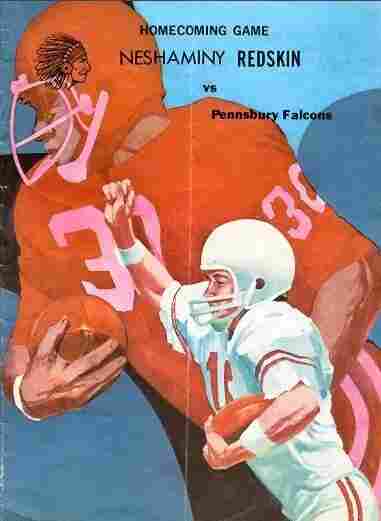 That word sits at the center of a controversy in suburban Philadelphia. It's pitted student journalists against school board members, but has left the school community largely shrugging its shoulders.

Student editors at Neshaminy High School in Bucks County have vowed not to print the word, which is the school's Native American mascot.

The Neshaminy School Board, however, is expected to vote later this month on a policy that would reverse the ban.

It started with an October editorial in The Playwickian, Neshaminy High School's student newspaper.

In it, the majority of the paper's editors argued that the word "Redskins" smacks of racism and vowed not to print it. (There's a similar, popularly debated issue in the media world: The Pew Research Center reported that in October 2013, at least 76 news outlets and journalists publicly opposed the Washington Redskins' name.*)

"It's really reminiscent of when it used to be socially acceptable to put yourself in blackface and say the N-word. You know, you didn't mean to offend anyone ... in The Jazz Singer when he was in blackface, but people were offended," Hennessy explains. "Same as now, when people put feathers in their hair and paint themselves red and go to a game. It's really the same thing. It's because it's been around for so long that people are holding on to it."

Last week, a Neshaminy School Board committee approved a policy that would block the paper from banning "Redskins" when used in a "non-offensive" way. The measure still needs to be finalized.

At the meeting, board member Steve Pirritano explained why he supports the measure. "If my son wants to write something proud about being a Redskin football player, the students on that paper, under the law, have no right to tell him he has to take the word 'Redskin' out of there," he said.

School board members did not return requests for comment.

At a weekend track meet at Neshaminy, spectators were a bit more talkative — overwhelmingly, about their support for using "Redskins."

Sophomore Matt Busch said the name is about pride, not prejudice:

"It represents our school, Native American pride and our local heritage here. Native Americans lived in this area long before us and it's our tribute to them."

Sitting alongside her husband and daughter, Lynn Dripps said the student editors should keep their opinions on the editorial page. 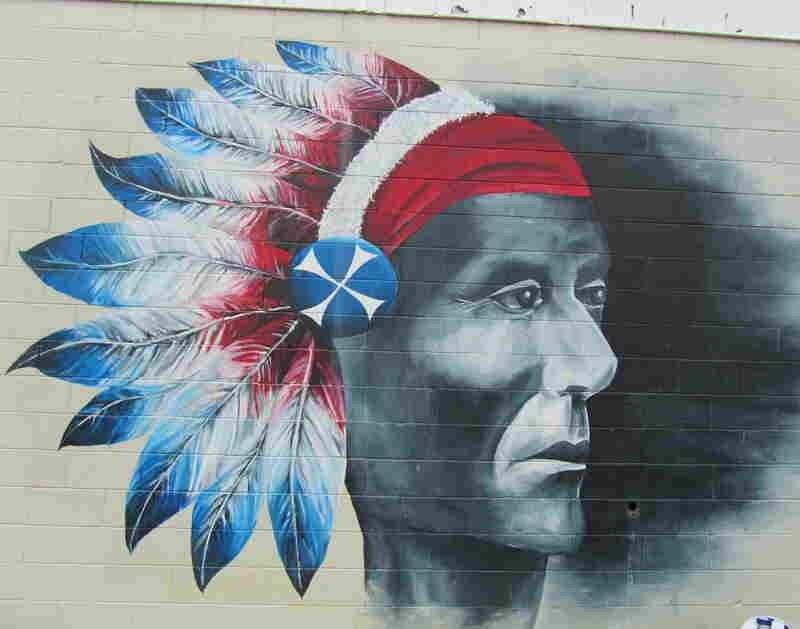 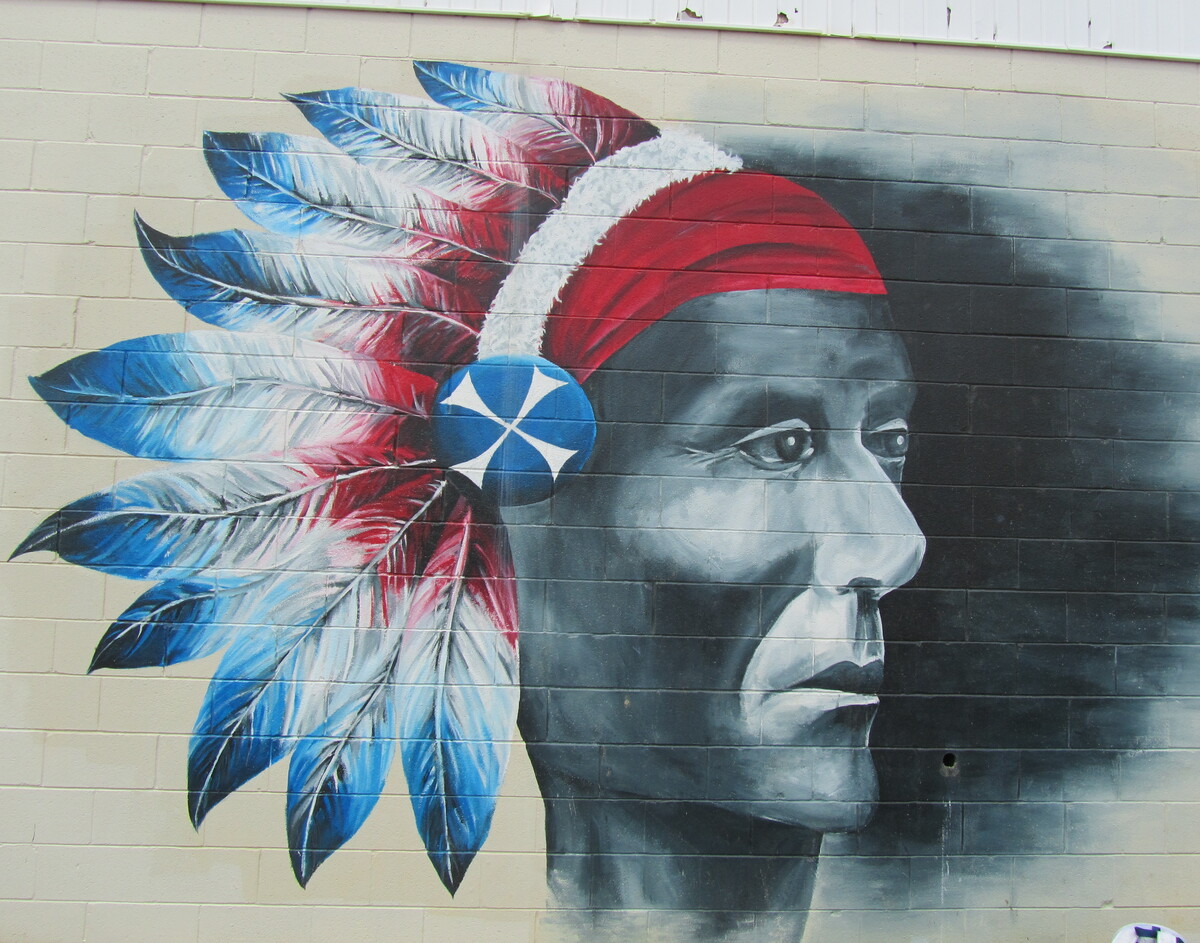 This mural by the football field features Neshaminy's mascot.

"They have to remain objective reporters. You don't have somebody on the evening news giving you their political opinion. You know, they're stating the facts," Dripp said. "They're stating the news. And if they're not content with that, then they shouldn't be doing that job."

Neshaminy parent Tom Haines disagrees. He says the students have every right to ban "Redskins" from their articles, and should.

"There's plenty of cases where words can't be used in print, and this, just the opposite, is really outrageous that they are forced to use a word when there's plenty of synonyms. ... If it's sports you can just call them the team and obviously you can refer to them as Neshaminy or the Neshaminy players or athletes. There's no need to use the word that is defined as a racial slur," said Haines.

Hennessy, the newspaper's sports editor, says he won't back down if the policy is adopted.

If the school board confirms its move to bar editors from keeping "Redskins" out of the paper, Hennessy says they're willing to go to court. They've already hired a lawyer.

*Note: While NPR's ombudsman has written about the use of the word "Redskins," NPR's Deputy Managing Editor Chuck Holmes says that, "Since the name of the team is the Washington Redskins, we use that in our reporting."