Accessibility links
With Great Korean Barbecue Comes Great Responsibility : Code Switch The bulgogi beef in Los Angeles' Koreatown might be the best grilled meat you'll ever have — if you know how to place an order. We'll walk you through one important rule. 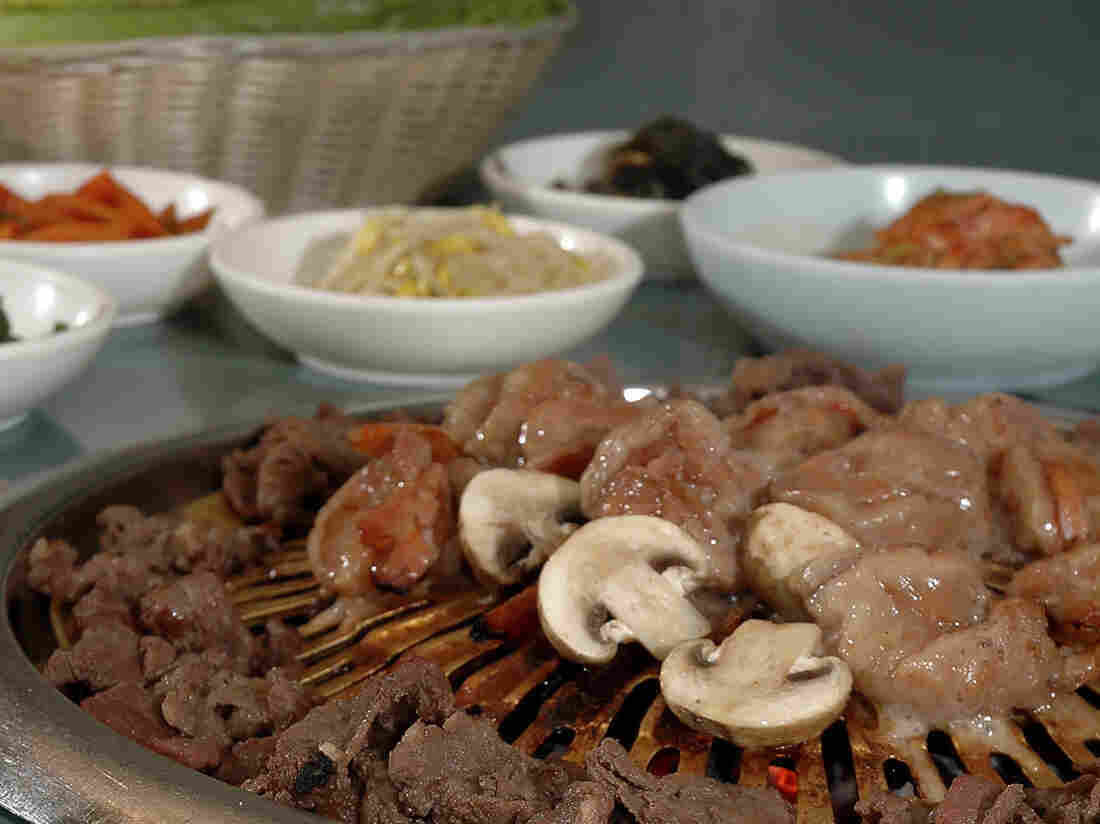 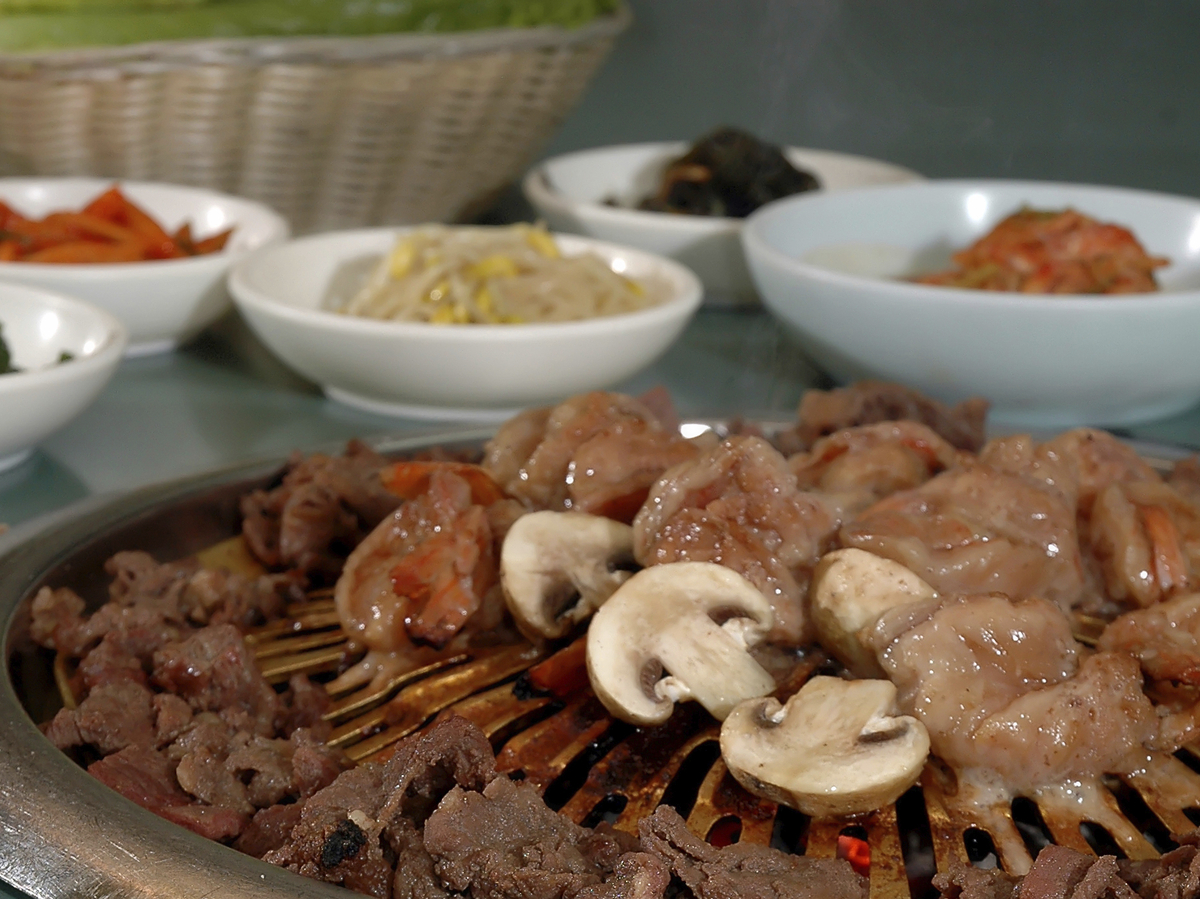 As far as stock images go, this one of Korean barbecue seems pretty tasty.

Go hunting for the best barbecue in America and you might end up in a city that surprises you: Los Angeles. Specifically, the L.A. neighborhood known as Koreatown.

I'm talking about Korean barbecue. If you're unfamiliar, that's thinly sliced, marinated meat grilled right in front of you. Trust me, it's awesome (this guy knows what I'm talking about).

I've been eating a lot of Korean barbecue lately, and there is something that I keep noticing.

This is the button at Park's BBQ that you must press with great care. Miles Bryan/NPR hide caption

This is the button at Park's BBQ that you must press with great care.

You can find these buttons on the tables of practically every K-Town, as Koreatown is affectionately called, barbecue joint. A bit of journalistic research (tapping the button during a meal) led me to discover their purpose: to call over the server.

Duh, right? That's what some of you are probably thinking. And it's what my Angeleno friends told me. But I'm new to the city and I was curious: Where did these call buttons come from? Why are they so popular at Korean barbecue joints? These questions took me straight to David Kang, head of the Korean Studies Institute at the University of Southern California.

"These call buttons are relatively new," Kang told me. "In Korea it's still common that, if you want something, you yell 'yogi-yo' or 'here,' and you wave your arm. Then they come running over and they're like, 'What do you want?' "

Call buttons have only become common to Koreatown in the past generation or so, Kang says, as non-Koreans increasingly began to venture into Korean restaurants. He says they are the product of two very different dining cultures.

"The American internal logic is the waiter comes over, they introduce themselves, they're friendly, they keep checking up on you. The Korean internal logic is, you're there to eat. And [the waitstaff] don't bother you unless you call them over."

The restaurant Park's BBQ serves exquisite grilled meat out of a strip mall in Koreatown. The facade is a little grimy, but on a Wednesday afternoon the parking lot is packed with BMWs and Mercedes. David Chang, a server at Park's BBQ, says people ask about the call buttons all the time — it's a sign they might be tourists.

"They are like, 'What does this do?' " Chang says. "Or sometimes they press it and I go over there and they are like 'I don't know what this was for,' and I am like, 'So you just pressed it?' "

Jake Ayers was visiting from Seattle when I caught up with him at Park's BBQ. He didn't know what to do with the button on his table. But when I told him what it was for, he gave it a try.

Then he tried it again.

That's a faux pas says server David Chang. He has this advice for K-Town newbies: Definitely hit the call button when you need something. But then just wait. Don't hit it again.