Accessibility links
Breaking Things Up: 'Senior Black Correspondent' Gets Colbert Slot : Code Switch The Minority Report With Larry Wilmore will replace The Colbert Report after Stephen Colbert leaves for CBS next year. It's not often the gods of TV hand you almost exactly what you asked for. 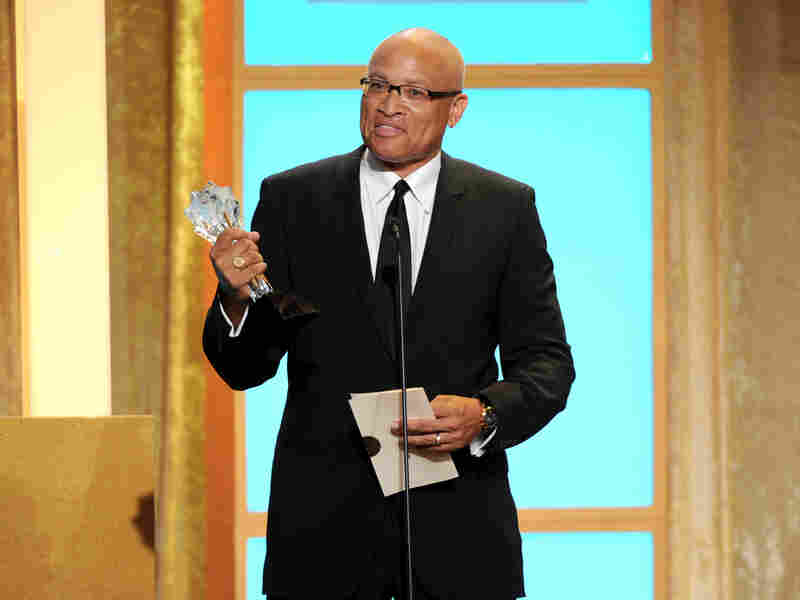 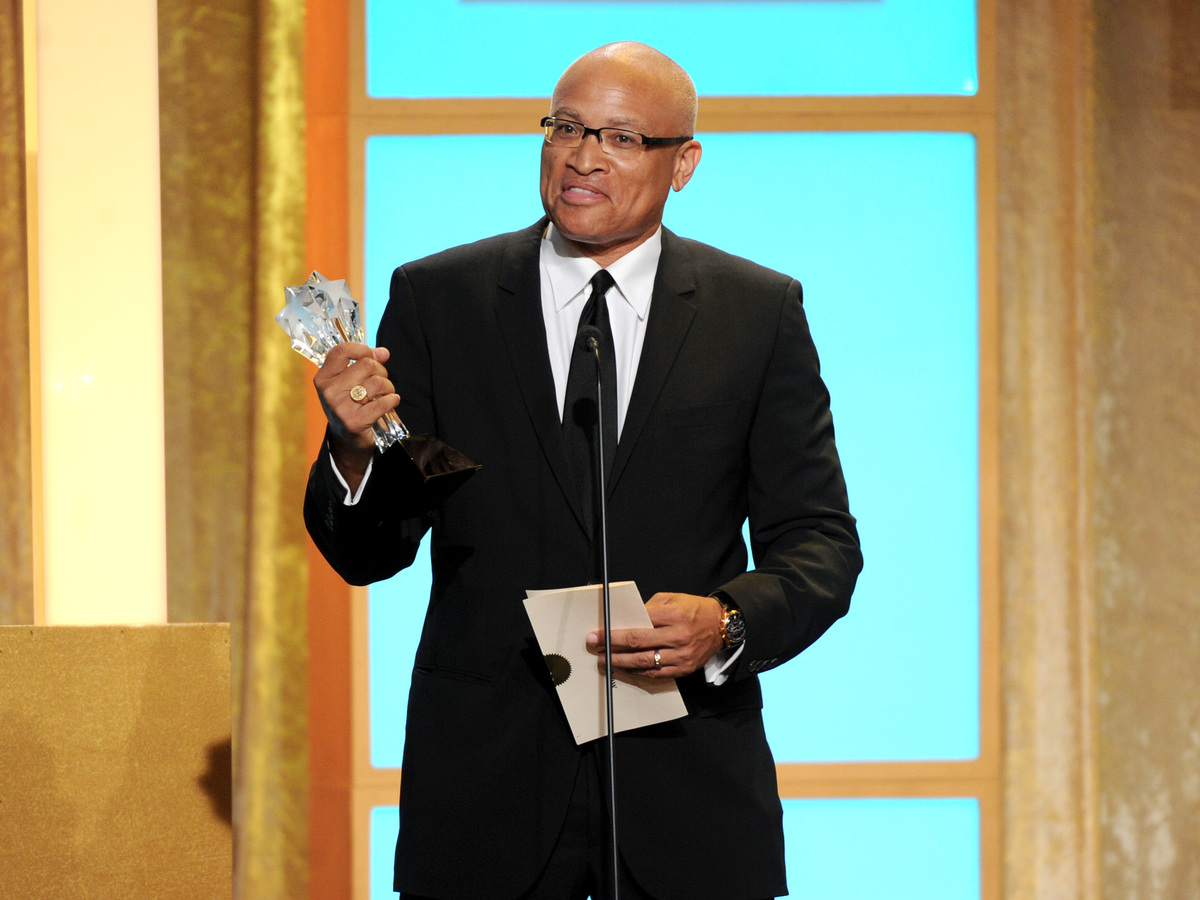 Larry Wilmore accepts the best talk show award for The Daily Show with Jon Stewart at the Critics' Choice Television Awards in June 2013.

It's not often the gods of TV hand you almost exactly what you ask for.

So it's time to praise Comedy Central for trying something different in late night, handing Stephen Colbert's time slot to the guy who plays The Daily Show's "senior black correspondent," Larry Wilmore.

Not only did they break up the long line of white guy hosts in late night TV with this hire, they did it with a show that seems likely to talk a lot about race, gender and social issues. Wilmore's show, The Minority Report, begins in January with a panel of underrepresented voices offering scripted comedy. The idea came from Daily Show host Jon Stewart himself, according to The New York Times.

Given that the time slot was open because its previous occupant, Stephen Colbert, has been tapped to replace David Letterman as host of CBS' flagship late night show, two things are clear.

And, quiet as it is kept, Stewart and The Daily Show have also nurtured a diverse crew of performers as correspondents and contributors, including Aasif Mandvi, Al Madrigal, Jessica Williams, Samantha Bee, Sarah Vowell and Kristen Schaal. (And they just hired former Saturday Night Live writer Michael Che.)

Wilmore wasn't among the folks I put on my wishlist of non-white or non-male comics I had hoped might land Colbert's job or Craig Ferguson's gig when he leaves the post-Letterman time slot at CBS in December (Aisha Tyler's still my fave pick there).

But that's only because I had heard Wilmore was going to run a sitcom likely to get picked up by ABC called Black-ish, featuring Anthony Anderson (Transformers, Law & Order) as a successful black man trying to raise his kids with a connection to black culture. Turns out, ABC did pick up the show, and Wilmore won't be able to run it — which is a nice problem to have.

Of course, Wilmore has done a stellar job as Stewart's senior black correspondent — though that joke was a lot funnier when he was the only black person appearing on the show.

But he's developed a long and varied career turning humor about race, class and social issues into great comedy content — writing for In Living Color and The Jamie Foxx Show; executive producing The Bernie Mac Show and Eddie Murphy's animated comedy The PJs; creating sidesplitting specials for Showtime and writing a book, I'd Rather We Got Casinos: And Other Black Thoughts.

(My favorite chapter was a list of things that make a black leader, including, "I'm self-appointed," "I'm a reverend with no church," and "when I get angry, white people are afraid of me.")

Back in 2001, way before the advent of groundbreaking, quality TV we have now, I asked Wilmore about why it took so long to get television to reflect the multicultural reality many of us were already living.

"Television doesn't lead society ... Television takes what we know and presents it in a different way," said Wilmore, who was executive producer of The Bernie Mac Show back then (I was interviewing him for the Tampa Bay Times). It's "an echo of the culture more than anything else. So it's smart to use [black-oriented themes] and get them in front of people ... to push the envelope a bit."

Nearly 13 years later, Comedy Central acknowledges that Wilmore's show will do exactly that. The channel's president, Michele Ganeless, said in a statement that the show's mission of offering a panel of voices underrepresented in late night television "follows in the Comedy Central tradition — bringing new perspectives to the day's events and breaking ground in the world of late night television."

Breaking ground by featuring new, underserved voices in TV. Wonder where I've read about that before?

What I love most about this hire — besides the fact that it's a great example of a show nurturing a talented performer/producer of color until he was ready to lead his own show — is that Wilmore isn't just a comic who isn't white.

He's a producer and writer with a long track record of turning comedy about underrepresented cultures into great television.

Now all he has to do is create a show about this stuff that everyone wants to watch.