Accessibility links
You'll Be Seeing More Asian-Americans On Network TV This Fall : Code Switch It's been decades since we've had an Asian-American network series. The fall roster has not one but five notable upcoming shows featuring Asian-Americans in leading roles. 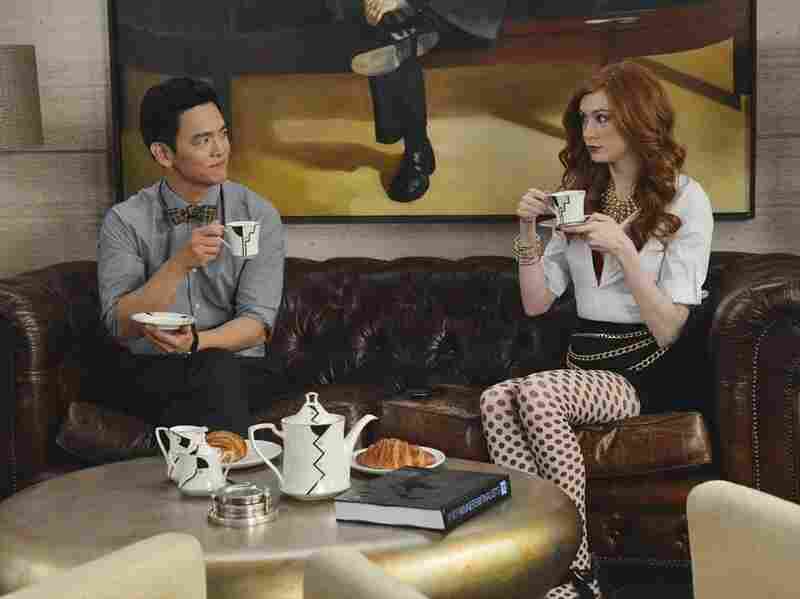 John Cho and Karen Gillan star in Selfie, an ABC comedy that will roll out this fall. Eric McCandless/ABC hide caption 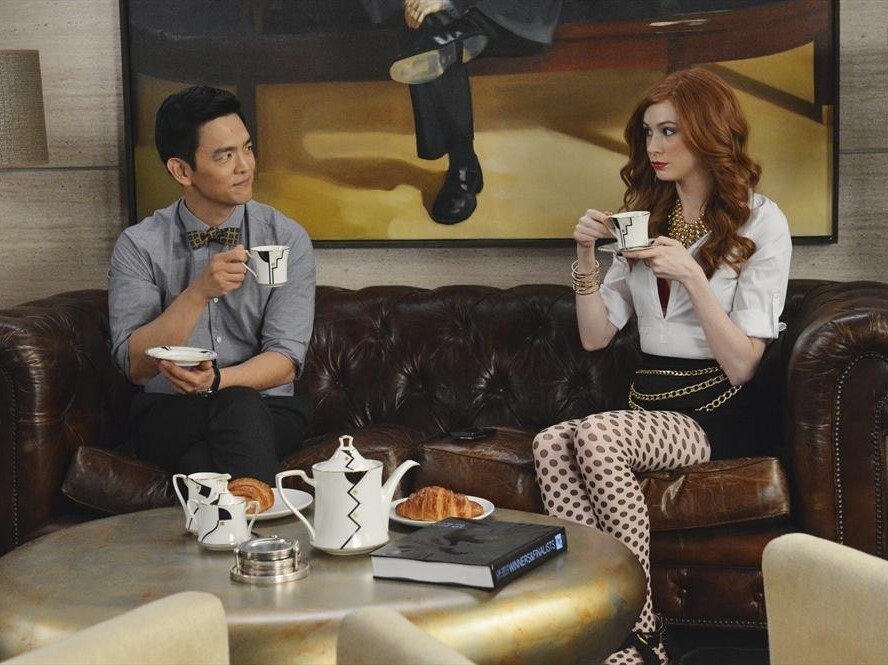 John Cho and Karen Gillan star in Selfie, an ABC comedy that will roll out this fall.

Back in the '90s, comedian Margaret Cho starred in a little-loved, short-lived sitcom called All-American Girl. It was the first and only network sitcom to feature an Asian-American family (a fictional Korean-American family, in fact). It was pretty bland, and to the chagrin of many critics, the characters were painted with very broad strokes.

All-American Girl was hardly a good show, but it's a reliable reference point in conversations about Asian-Americans on TV because it was the only thing around — there were no other shows with Asians to reference, few else to talk about. (The only other possible entry in this category was 1976's Mr. T and Tina, which starred Pat Morita and lasted a measly five episodes. It seems that every two decades, folks take a pass at making a network show with an Asian-American cast.)

Which means we're right on schedule. And if the network upfronts are any indication, we'll be seeing a lot more Asian-American — or even Asian-Canadian — actors in lead roles and as directors on the small screen.

This isn't happening by accident. As my colleague Eric Deggans wrote earlier this week at Monkey See, diversity is becoming an increasingly important strategy for networks to latch onto.

Shows like Marvel: Agents of S.H.I.E.L.D. pave the way for how series can be more innovative in seeking diverse cast members and a diverse audience, says Shilpa Dave, a professor of media studies and an assistant dean at the University of Virginia.

"Other networks are trying to get on the bandwagon to get more people watching," Dave says.

The sharp increase in the number of Asian-Americans on the fall schedule includes a bunch of folks you've seen in movies or series for years — like Maggie Q, John Cho and Kal Penn, among others.

1) In Selfie, an ABC comedy, John Cho plays Henry, a marketing specialist who helps Eliza Dooley (Karen Gillan) vamp up her online presence after she becomes immensely popular (and notorious) on social media. It's a single-camera comedy that's been pitched as a modern take on My Fair Lady. With a little bit of luck, maybe it'll be ... loverly? (No? OK.)

3) In yet another detective show from CBS: Maggie Q (Nikita) will appear alongside Dylan McDermott in Stalker. The duo handles stalking cases for LAPD's Threat Assessment Unit.

4) CBS has picked up director Justin Lin's crime-solving drama Scorpion, which stars the British actor Elyes Gabel. Inspired by the true story of Walter O'Brien, who has the "fourth-highest documented IQ," the show will focus on the life of a brainy yet eccentric mastermind who taps into his global network of hackers who champion defense against threats of the modern age.

5) ABC's Fresh off the Boat has gotten a lot of buzz and is based on chef Eddie Huang's life and memoir of the same name. It's pitched as a single-camera Asian-American sitcom that follows 12-year-old Eddie and his immigrant family's journey from D.C.'s Chinatown to suburban Orlando. (Cue culture shock and the awkwardness and hijinks that likely come with that.) The parents are played by Constance Wu and Randall Park; the young Eddie is played by Hudson Yang.

The list above is telling. The television landscape is different now for Asian-Americans than it was in the '90s. Folks have rightly pointed out that Fresh off the Boat is worlds different than All-American Girl. And Cho's thoughts on the show? She tweeted on Monday that "FOB is much better and I'm so proud to have influenced it even in the smallest way. I'm humbled and joyous."

(There are other notable shows starring people of color slated for fall: Anthony Anderson will be in ABC's Black-ish. Shonda Rhimes is rolling out with How to Get Away With Murder, starring Viola Davis.)

But what types of roles, and in what sorts of ways, are the race of these characters portrayed?

"Are Asian-Americans being used as ethnically ambiguous — that way it's sort of the safe way at looking at racial difference," Dave says. "Or is it that they're being put in these really interesting roles?"

And by "interesting roles," Dave means roles that make the characters' race and ethnicities and cultures an important part of their lives. It's one thing for a character to live in a role where her race and identity aren't essential to her world — what folks call a casting colorblindness. It's a completely whole other thing when we see how the race and identity of a character factors into her everyday life.

There'll be a time when all these things won't be remarkable. And they're remarkable now because they're so scarce and so infrequent. Let's hope that it won't be another two decades for this to stick.

An earlier version of this story incorrectly said that Mr. T and Tina was a spinoff of Happy Days. It was actually a spinoff of Welcome Back, Kotter.