Accessibility links
Mirror, Mirror: Does 'Fairest' Mean Most Beautiful Or Most White? : Code Switch In sonnets and skin-whitening ads, the word "fair" stands in for both beauty and paleness. Once upon a time, it simply meant lovely; hundreds of years later, it gained the meaning "light-skinned."

Mirror, mirror, on the wall, who's the fairest of them all?

We all recognize the mantra of Snow White's evil stepmother. But what, exactly, is she asking? In the Grimm Brothers' German original, she asks who's the most beautiful in the land. But in English, it's a little more complicated. 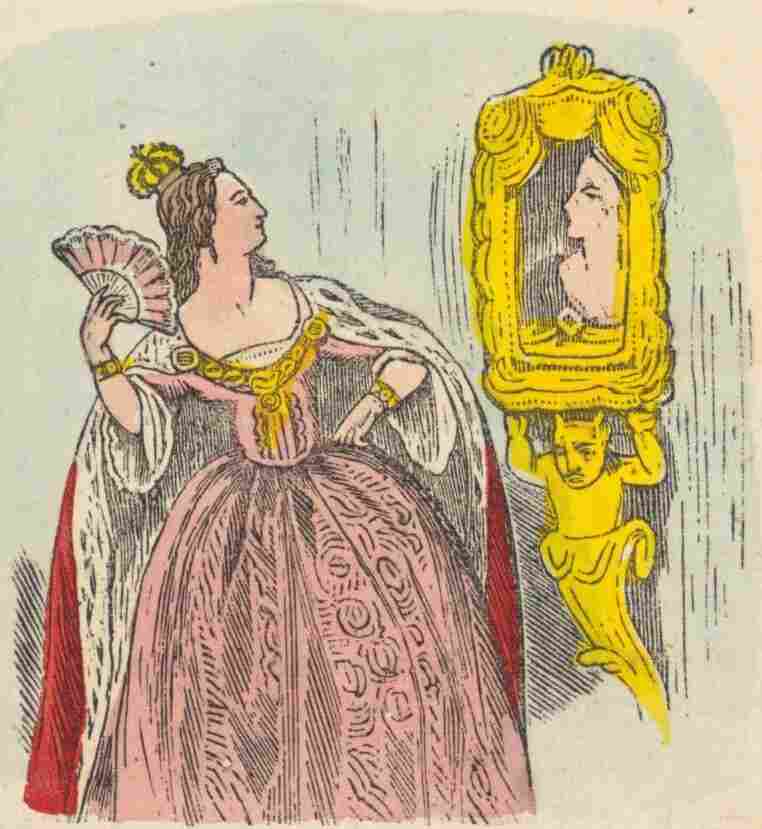 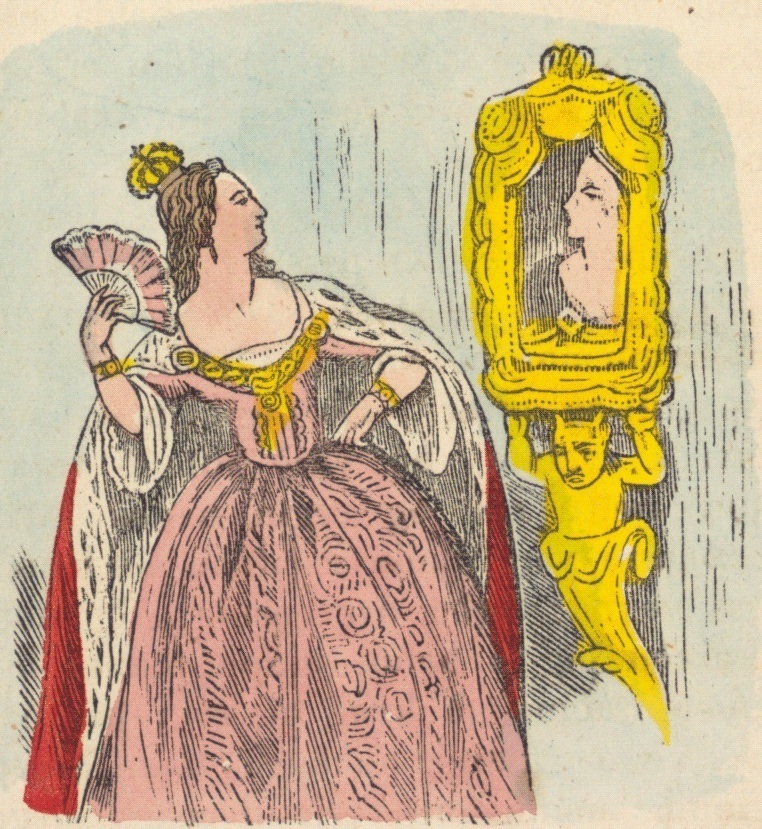 On the one hand, fair is an archaic word for beautiful. But in modern usage, it usually refers to a light complexion – and it's hard to forget that we're talking about a story where the main character's claim to fame is that her skin is extraordinarily pale.

Snow White isn't the only story where "beautiful" and "light-skinned" start to overlap. The title of My Fair Lady doesn't just quote a children's song — it also echoes the fact that in the original Pygmalion legend, the lady in question was carved from ivory (which is one of the very few ways to be even paler than Audrey Hepburn.) And some of Shakespeare's most famous sonnets were directed to a "Fair Youth": Was he blonde, or just handsome?

But the meaning of "fair" wasn't always so blurry. The word is a cognate of Old Saxon fagar, meaning beautiful, pretty or peaceful. Since the days of the historian Bede, in the early 700s, it was used to mean good-looking. "Fair of body." "Fair of face." "Were any half so fair?" Good weather was fair, as was a pleasing sound or taste. It had no connection to any particular complexion; the counterpart of fair was foul, not dark.

It's hard to tell exactly when the meaning shifted to mean "pale" or "blonde" as well as beautiful; many sentences would make sense either way. But by 1499, when the Gesta Romanum mentioned an emperor with "ij doughtirs, one faire, a nother blak," the new meaning was clear. In that era, "black" often referred to brunettes. "Fair" clearly meant the opposite.

The conflation of beauty and paleness hardly came out of nowhere. Petrarch's Laura, the archetypal object of love poetry, was golden-haired. The idealized beauties of Renaissance paintings were alabaster-skinned (though the presence of people of color in medieval and Renaissance art shouldn't be ignored). And when Elizabethan women wore skin-lightening makeup, they were following a tradition hearkening back to the Roman era.

And one that continues today, for that matter. In the pursuit of fair skin, women of Shakespeare's time spread white lead and vinegar on their faces. Now, the word "fair" pops up frequently in skin-lightening products. Fair and Lovely. Fair and White. Fair and Flawless. Fashion Fair. "Fair" is the magical, alluring word — and in the pursuit of fairness, women risk serious damage to their skin and health.

More On Beauty And Race

Why Lupita Nyong'o's 'People' Cover Is So Significant

Is Nina Davuluri 'American Enough' To Be Miss America?

Fair And Bright, Dark And Black

Having one word that means both beautiful and pale makes a pretty obvious statement about Western beauty standards. But the meaning of "fair" goes even further – mixing goodness in as well. Essayist Autumn Whitefield-Madrano points out that at the same time "fair" was transitioning from beautiful to pale, it also came to carry more positive moral overtones – and "black" gained the meaning "dark purposes."

Fair/beautiful/good and black/not beautiful/evil – these aren't just linguistic quirks. They're cultural patterns. To end with one example of many, consider Shakespeare's love sonnets. He directed the majority toward two people: the fair youth and the "Dark Lady."

When the bard calls his young man "fair," he mingles description and praise — "as fair / As any mother's child," Shakespeare calls the man. But he has no such option for describing the woman's appearance. "Dark" also means obscure, mysterious, grim, and evil – hardly the stuff of love poetry. In fact, while we call her the "dark lady," Shakespeare himself only calls his lover "dark" once, when he's mad at her.

Instead, he usually references her black hair and eyes — which aren't synonymous with beauty. In a poem that praises with understatement, he writes, "If snow be white, why then her breasts are dun; / If hairs be wires, black wires grow on her head." Not quite "fair maiden," is it?

At another point, he declares her raven eyes the ideal of beauty. But before he gets there, he has to acknowledge the bad reputation of blackness, especially as compared to fairness: "In the old age black was not counted fair, / Or if it were, it bore not beauty's name."

Today, black hair, eyes and skin do bear beauty's name — a fact we continue to celebrate. But they're still not counted fair.

Camila Domonoske is an editor and producer at NPR. Her writing on literature, culture, politics and history has appeared on NPR, The Washington Independent Review of Books, The New Republic and The Nation. You can find her thoughts about poetry, bikes, baking and cat videos on twitter (@camilareads) and tumblr (camilashares).