Accessibility links
Lessons From A Year Of Discussing Race And Culture Online : Code Switch Curating a valuable discussion about race on the Internet is highly difficult. But it can yield great rewards. Here's what we've learned from our yearlong experiment, and what we're trying next.

Lessons From A Year Of Discussing Race And Culture Online

Lessons From A Year Of Discussing Race And Culture Online 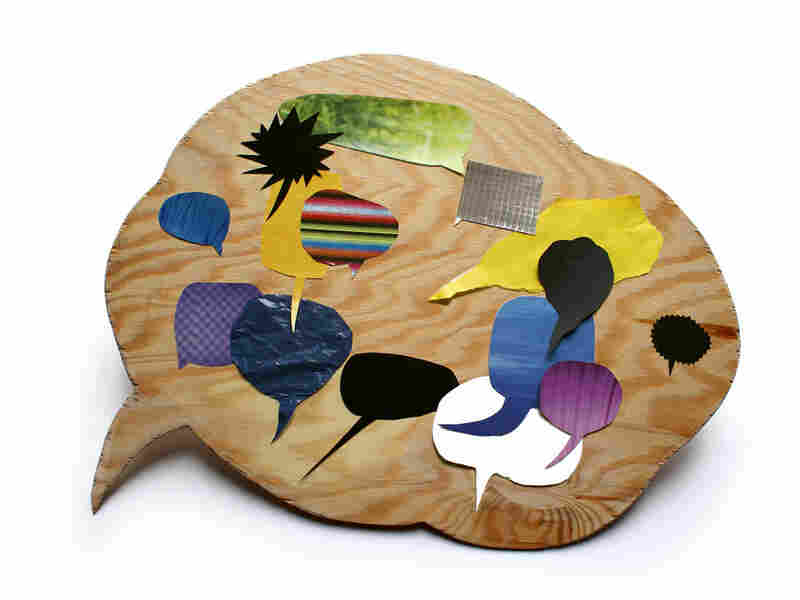 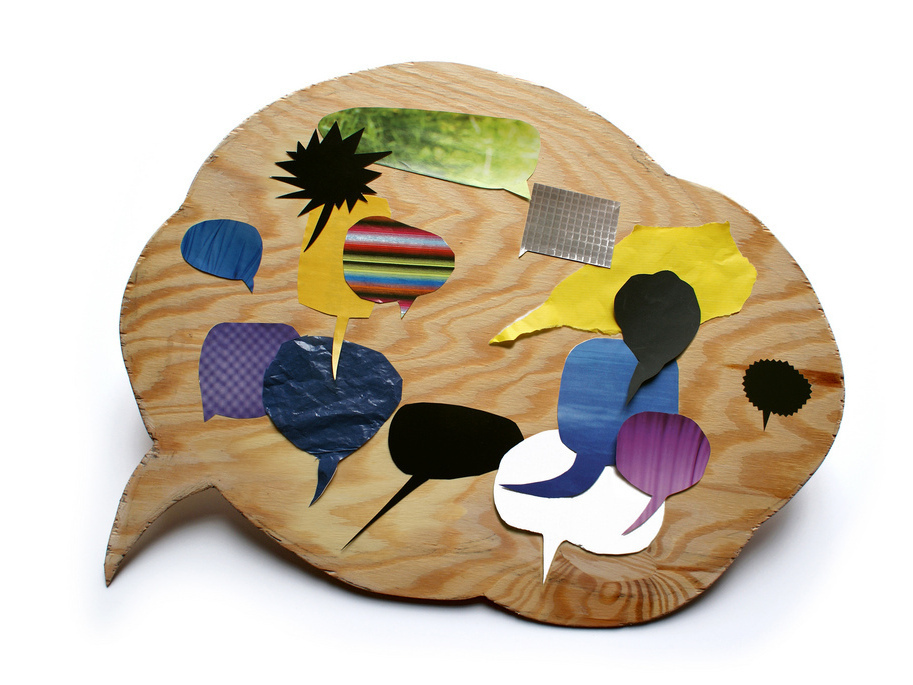 The experience of talking about race, ethnicity and culture on the Internet is nearly always deeply disenchanting. People don't even talk past each other; they talk right through each other. Prejudices harden. We find ourselves confirming our worst stereotypes of one another. And that's before the slurs fly.

I've found exactly one consistently notable exception: Ta-Nehisi Coates' blog at The Atlantic. Reading Coates' posts and the ensuing conversation, you come away with a portrait of a hearty band of explorers, remixing one another's ideas, challenging each other, collectively endeavoring to understand our intertwined histories and appreciate our individual experiences.

So when we started Code Switch, we decided to shamelessly steal Mr. Coates' playbook (with appropriate credit): holding our commenters and ourselves to a high standard; editing our conversations assertively to maximize thoughtfulness, empathy and insight; striving to bring new voices into the discussion whose experiences are not often heard. In short, stringently applying NPR.org's discussion rules (particularly the one about staying on topic) and treating our discussions as real content.

This experiment has been going for about a year now. Here's what we've learned, how our approach has evolved, and what we're trying next.

1. A great discussion can be immensely valuable.

One of our constant questions in embarking on this experiment has been, "Is it worth it?" After all, the easiest thing in the world for us to do would be to excise the comments section on Code Switch altogether. At a previous news organization I worked for, the Minneapolis Star Tribune, this was exactly what we did for racially sensitive stories. The comments sections below Code Switch stories are only a tiny cluster in the galaxy of places online where these stories are discussed, most of which we (happily) have no control or responsibility over.

But at its best, our comments section makes our work better, our journalism stronger, and Code Switch more valuable for its users. Sometimes, we appreciate the comments so much we ask users to expand them into full posts. And often, they deepen our thinking.

For example, a few weeks ago Code Switch lead blogger Gene Demby posted an article exploring possible explanations for the paucity of Asian-American players on NCAA Division I basketball teams. A question from a commenter spurred Gene to write a thoughtful follow-up delving deeper into the ethnically tinged history of basketball in the U.S. That follow-up post, sparked by an exchange in the comments, created an even richer, more robust conversation than the original.

Our primary aim is to hear stories like this, from a user's email: "Quite frequently the articles are a launching pad for some truly interesting discussions in the comment section, which we all know is extremely rare. I think about the topics all day and often start a discussion with my husband after work about things I've read or mulled over. I don't always agree with everything I read, of course, but the important thing is that I have learned stuff. I have truly seen other perspectives that really opened my eyes to how others see and feel things. It's such a good discussion and I'm really happy that it exists."

2. The dominance of some voices can reinforce the silence of others.

When Gene first wrote about our approach to moderation, the ensuing thread included an outpouring of "Thank yous" from users rarely heard from on NPR.org. "I appreciated this article so much that it inspired me to register for the first time," said one person.

For everyone upset about a deleted comment or revoked posting privileges, there's likely another person who values a more tightly managed discussion. And while some would prefer for us to err on the side of allowing more comments rather than fewer, a loosely managed discussion inhibits some from participating. We value all of these users, but there's a genuine tension between their needs.

Implicit in the mission of covering race, ethnicity and culture is a mandate to unearth less-often-heard voices and perspectives. We keep that in mind when trying to balance the needs of users we hear from a lot alongside users more prone to lurking. If a discussion about the cultural dynamics of hip-hop starts off with a comment dismissing hip-hop as not being real music, then hip-hop aficionados — those likeliest to have insights to share about the topic — are less likely to participate. Part of what we're trying to do is create a community where that doesn't happen. Similarly, for some users, the most pressing issue in race and ethnicity is higher rates of criminality among some demographics, and every thread about race becomes an opportunity to discuss that. Our aims here are somewhat different.

At its best, our comments section makes our work better, our journalism stronger, and Code Switch more valuable for its users.

So if we delete your comment, it's not necessarily because we think the comment is "bad" or "wrong," or because we want to suppress your point of view. Most often, it's because the comment doesn't get at the topic we're aiming to discuss at that moment, in this space. We are trying to curate a discussion that is intelligent, unique, and novel — a discussion that moves us — and that may require removing comments we think are not directly contributing to the focus of the conversation at that time.

This has been one of the trickiest elements for us to figure out, and we're still working on it. It's easy for us to fall into the pitfall of focusing entirely on moderating conversations at the expense of being open about what we're finding and what we're struggling with.

In the instructions that sit on top of every Code Switch discussion, we direct users who have concerns with any moderation decisions to email codeswitch@npr.org. I regularly review emails that arrive in this inbox and follow up on them with others on the Code Switch team and at NPR. It's been an invaluable feedback loop, and I've had numerous terrific exchanges with our users.

But those one-on-one conversations are invisible to the majority of our users, and I believe there's also great value in discussing these issues in more visible forums. So we're going to try something over the next few months. Once every several weeks, we'll host a live chat — scheduled in advance and announced on the blog and through our other channels — where folks can share feedback with us: tell us what we could be doing better, exchange ideas and insights about how to follow through, and generally engage with us.

Technological challenges can easily derail an otherwise fruitful conversation. Just the other day, our filters automatically stripped out several comments we'd have considered fine. Users quickly started asking why their comments had been removed, and by the time we caught up with the discussion, an angry chorus of "Why am I being censored?" had pretty much derailed the thread.

I would be unendingly grateful to the person who could point me to the perfect platform for hosting sensitive discussions. Until we reach that utopia, we're working on refining the tools we do have.

We started working with an outside firm in September to develop a tool that would help with community management on Code Switch. We started testing that tool live in production in late March. In early April, we restored posting privileges to all users. We're now using the new tool, which does a few things for us:

This tool won't solve all our technical difficulties. But I think it will help improve the experience for everyone.

It sounds so simple, but it's the very easiest thing to lose sight of. Somewhere behind every screen name, every screed, and every moderation decision (even those made in the moment by our robots), there's a real, breathing person.

This also means our judgments about which comments meet the bar or whether someone is participating in these conversations in good faith are necessarily subjective. Our approach to moderating conversations in this space will definitely not satisfy everyone.

Ta-Nehisi Coates once said, "the beauty of the Web is that whatever my comments section is, it's not the Internet." In that spirit, the comments section on Code Switch is only one of many places where we engage with others about our stories.

This remains an experiment. But the rarity of seeing great discussions about race, ethnicity and culture online is what makes this work so potentially valuable. If we succeed at elevating this conversation, we'll have created something scarce and precious. So we're giving it our very best try. And we deeply appreciate your help.

The next Code Switch live chat will take place Tuesday, June 3, at 3 p.m. EDT. Mark your calendars, and join us at npr.org/codeswitch.