Accessibility links
Talking About Race And Ice Cream Leaves A Sour Taste For Some : Code Switch An earlier NPR post about the link between a popular ice cream truck melody and blackface minstrelsy has prompted criticism that the author is dredging up irrelevant history. The author responds. 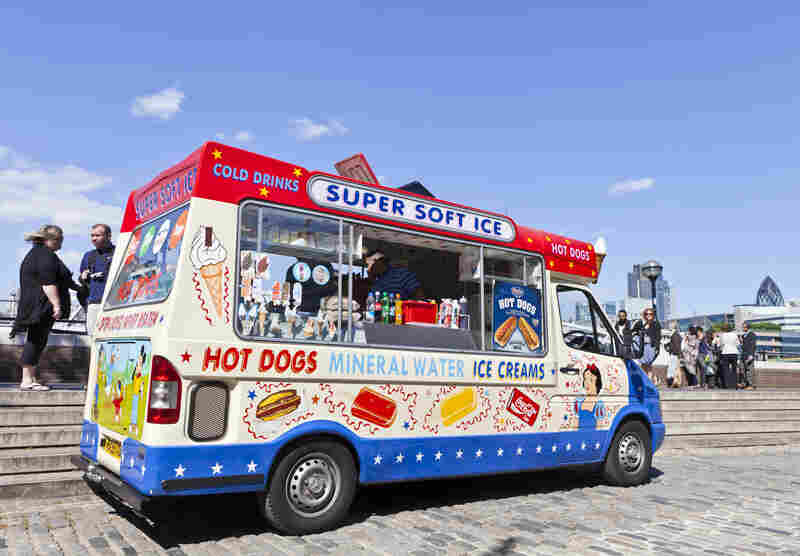 "I am not calling for the banning of ice cream truck music, and I do not think people should boycott the ice cream industry because it plays old songs," writes Theodore R. Johnson III, explaining why it's important to examine history. iStockphoto hide caption 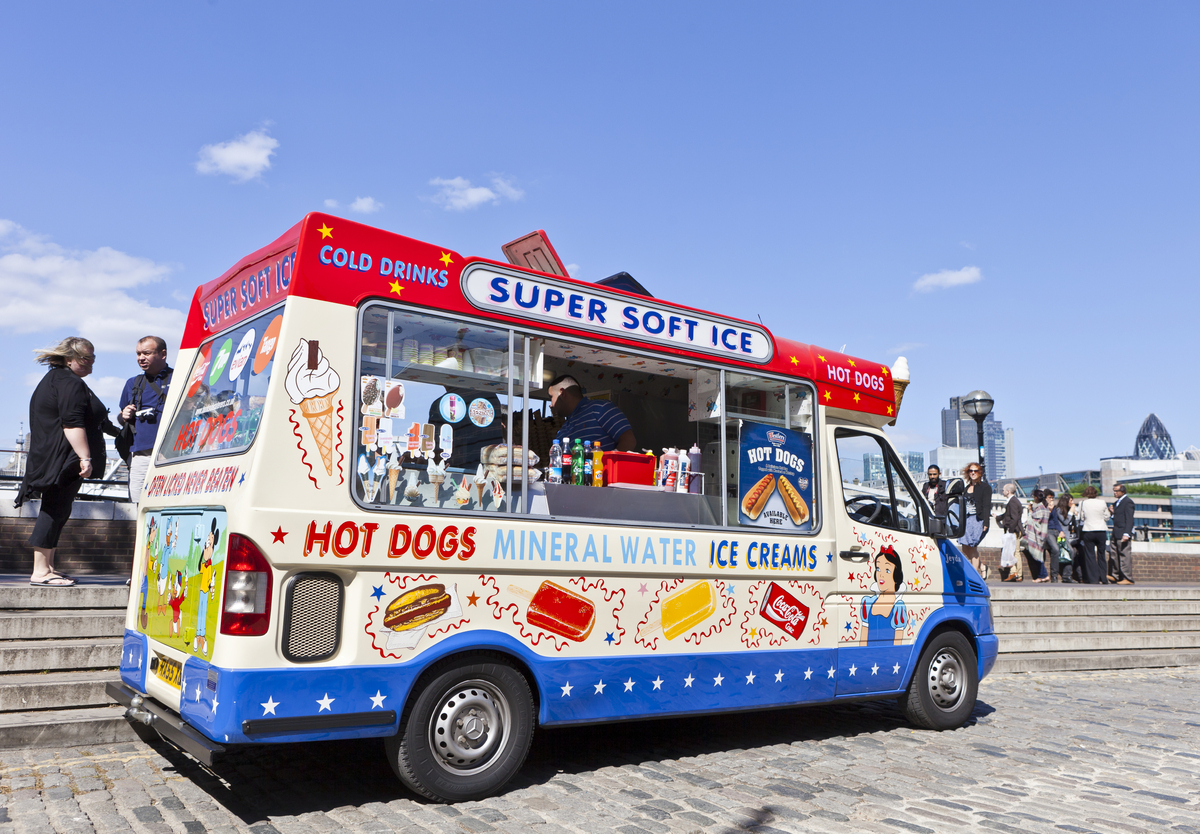 "I am not calling for the banning of ice cream truck music, and I do not think people should boycott the ice cream industry because it plays old songs," writes Theodore R. Johnson III, explaining why it's important to examine history.

Editor's note: This post is about and contains racial slurs.

While out for a jog last week, an ice cream truck passed by me playing a familiar tune, most commonly known today as "Turkey in the Straw." I could only chuckle at the irony of the timing since it occurred just days after my article "Recall the Ice Cream Truck Song? We Have Unpleasant News for You" went viral. It was as if the truck was taunting me for having the audacity to call its song racist.

It appears that this is a common refrain. Many readers walked away from the essay believing I'd made a case that ice cream trucks are playing the instrumental version of Harry Browne's exceptionally racist 1916 song "Nigger Love A Watermelon." Some believed I was calling for a ban of the ice cream truck song for being racist. Neither could be further from the truth.

But that so many left with this impression means I could have better presented my argument. Therefore, let me attempt to more clearly state my position.

As I set forth in the article, the melody is older than our country, and its various American interpolations — particularly "Zip Coon," "Turkey in the Straw" and "Do Your Ears Hang Low" — date back 200 years. It's this incredible durability and popularity of the music — not Browne's watermelon incantation — that's behind its use on ice cream trucks for decades. This fact is unassailable.

And here's another irrefutable fact: For nearly as long as the melody has been on the American shores, it has been used to denigrate and make fun of black people. Its use as the soundtrack for the blackface minstrel show era is not some trivial aside. By the time of President Andrew Jackson's administration, "Zip Coon" was the most popular song in the country. The ridiculous black stereotype it etched into the American consciousness spawned an entire entertainment industry focused solely on two things: profits and racism. The role blackface played in defining the melody's American iconography is central to my argument, and the point holds no matter which song one believes the ice cream truck is playing.

When black people hear and see those stereotyped presentations of blackness, we are told how America viewed us and that has lasting, tangible effects. There can be no honest conversation on race issues today without an appreciation for this. It matters.

The most common dissent to my article is that the melody we hear from the ice cream truck is solely the result of the popularity of "Turkey in the Straw." Over at The New Republic, John McWhorter suggests that this is the case and that "Turkey in the Straw" can be entirely dissociated from blackface and racism. Unfortunately, sheet music from the turn of the 20th century depicting familiar denigrating caricatures of black people makes his assertion problematic. Both McWhorter and The American Spectator's Bill Zeiser cite use of the melody in Warner Bros. cartoons as evidence that blackface was gone from pop culture in the time of the ice cream truck. But Warner Bros. routinely employed blackface stereotype cartoons, to include this censored 1941 Bugs Bunny episode and, more pointedly, a 1943 blackface take on Snow White called Coal Black an de Sebben Dwarfs — the title derived from "Coal Black Rose," a blackface song from the 1820s thought to be the first ever recorded.

Some asserted that ice cream trucks simply wouldn't play music with roots in racism or argued that there isn't enough proof to tie blackface songs to ice cream parlors. Yet the trucks routinely play tunes such as "Camptown Races," "Oh! Susanna," "Jimmy Crack Corn" and "Dixie," all of which are blackface minstrel songs.

As Richard Parks writes in the Winter 2014 issue of Lucky Peach magazine, most ice cream parlors across the nation in the 1890s utilized the Regina Style 11 Music Box, which, among other fiddle tunes and waltzes, played songs like "Dixie." Furthermore, in the case of "Turkey in the Straw" Parks points out that "Sambo-style caricatures appear on the covers of sheet music for the tune that were released into the era of the ice cream trucks."

So why does any of this matter? If the racist history of an ice cream truck song has been buried in the ages, why dredge it up for examination?

It is important to recognize the impact racism has had on our country, even, perhaps especially, when it hides in the nooks and crannies of wholesome Americana. When black people hear and see those stereotyped presentations of blackness, we are told how America viewed us. And that has lasting, tangible effects. There can be no honest conversation on race issues today without an appreciation for this. It matters. And these depictions are far from antique notions. When Don Imus calls black women "nappy-headed hoes," this is language akin to portrayals of black femininity in blackface lyrics. This matters. When our first black president took office, corners of the Internet lit up with the very blackface exaggerations and stereotypes that were supposed to be obsolete and forgotten. This matters. And when just last week the North Korean dictator hurls racist insults — such as monkey and mixed-breed clown — at our commander in chief in language that directly harkens to the blackface era, it matters.

It should now be clear that I don't believe ice cream trucks are rolling around blasting racism into our subconscious. I am not calling for the banning of ice cream truck music, and I do not think people should boycott the ice cream industry because it plays old songs. Nor do I think exploring America's history is divisive or a wasted endeavor.

I suspect, however, that there will be a choice few who still question my sanity and remain a bit fired up over my article. To them I'd suggest they grab some ice cream from the next truck that passes by; it'll make them feel better! It was certainly a jim-dandy of a post-jog reward for me.