Accessibility links
Why Chipotle Is Accused Of Contributing To A Culture Of Invisibility : Code Switch The fast-casual chain announced it will be featuring original stories from famous writers in its restaurants. Missing from the equation? Mexican-American writers.

Why Chipotle Is Accused Of Contributing To A Culture Of Invisibility

Why Chipotle Is Accused Of Contributing To A Culture Of Invisibility 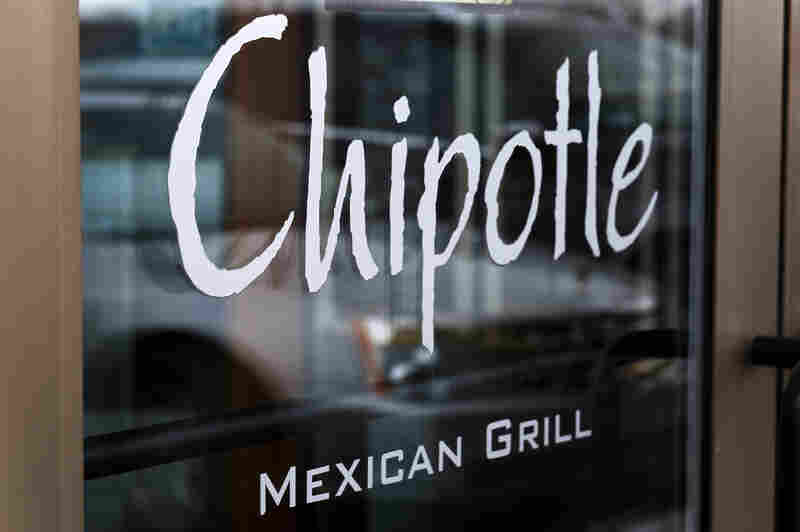 The fast-casual chain announced it will be featuring original stories from famous writers in its restaurants. Missing from the equation? Mexican-American writers. Gene J. Puskar/AP hide caption 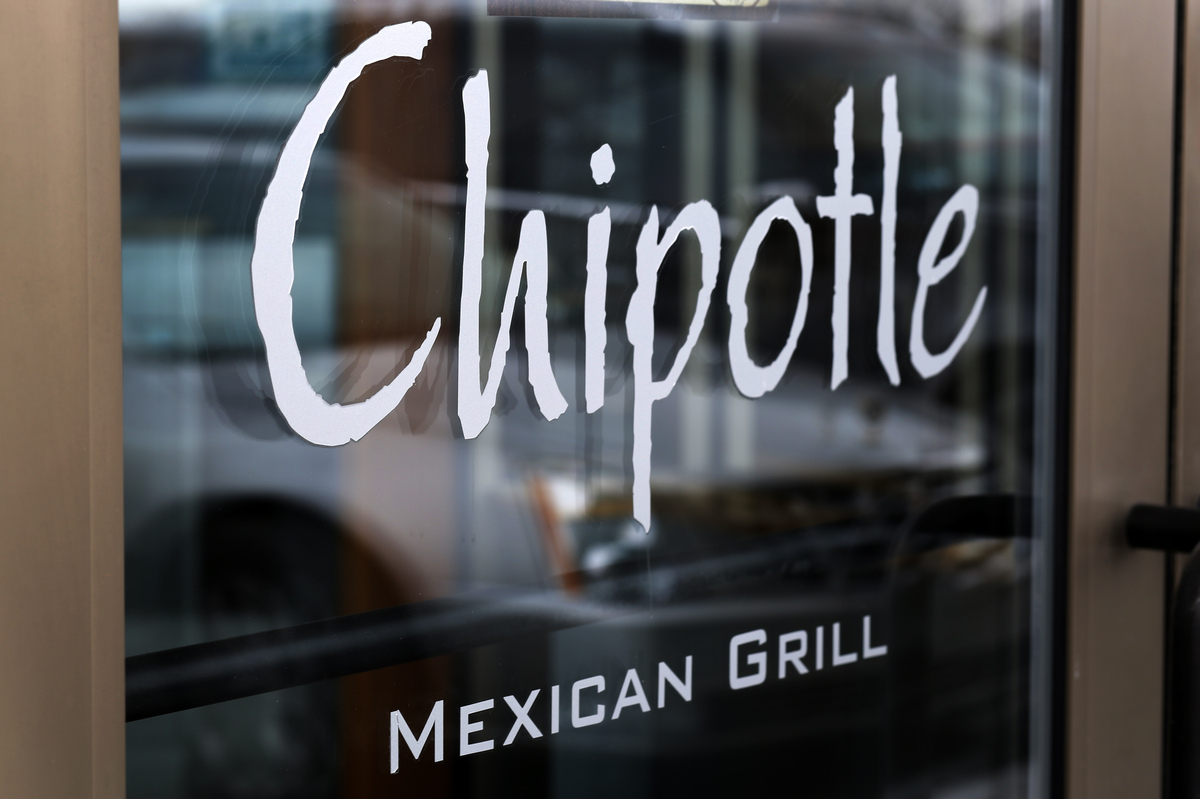 The fast-casual chain announced it will be featuring original stories from famous writers in its restaurants. Missing from the equation? Mexican-American writers.

You can find all the Mexican-ish food that your stomach desires at Chipotle. What you won't be able to find — on its cups, at least — is the work of Mexican-American writers.

Let me explain: Chipotle — the fast-casual chain that goes by "Chipotle Mexican Grill" — plans to roll out a series called "Cultivating Thought," in which the chain prints original stories by famous writers on its paper goods.

Hat tip for that idea goes to Jonathan Safran Foer, author of Everything Is Illuminated. Foer was enjoying his meal in a Chipotle when he found himself without anything to read. "I really just wanted to die with frustration," Foer said in an interview with Vanity Fair. So, freshly inspired, Foer emailed Chipotle chairman and co-CEO Steve Ells with the idea of printing stories on cups and bags — which brings us to the controversy at hand.

Gustavo Arellano and others have noticed something shiny and glaring and obvious. The roster of Chipotle's 10 participating writers — which includes Toni Morrison, George Saunders, Sarah Silverman and Malcolm Gladwell — lacks Mexican-Americans. And it lacks other Latinos, too.

"I think it's just a big dis to not put our voices on a cup [for a company] that specifically bills itself as a 'Mexican grill,' " says Alex Espinoza, a writer and a professor at California State University, Fresno who teaches English and Chicano studies.

"We're hoping this will allow people to connect with the musings of these writers with whom they may or may not be familiar and create a moment of analog pause in a digital world, provoking introspection or inspiration, and maybe a little laughter." 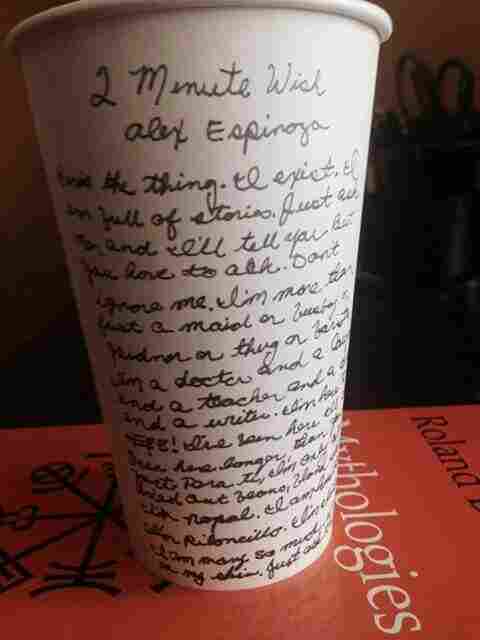 So what gives? Why did Chipotle fail to include the voice of Mexican-American — and more generally, Latino — writers in its cups project?

Chris Arnold, Chipotle's director of communications, wrote in an email to Code Switch that "to get the slate of 10 authors we currently have, we reached out to a diverse pool of more than 40 writers that included Latino authors. Many more authors declined our request to submit a piece than accepted, including well known Latino writers."

Espinoza says he doesn't consider the absence of Mexican-American or Latino voices malicious. But it all points to a larger issue.

"My concern is that it sends the message that we as Mexican-Americans are not capable of creating art," Espinoza told me. "That the only thing we're capable of doing is standing behind the glass guard with the ladle, filling the tortilla with the ingredients of a burrito, that we're not capable of writing stories."

Lisa Alvarez, an English professor at Irvine Valley College, thinks that Mexican-Americans — and Latinos — are generally overlooked as public intellectuals.

"I don't think it's about the cup or the bag as much as it is about the missing Mexicans — a culture that cultivates invisibility around a people who have really been here from the beginning," Alvarez says.

This idea of the "missing Mexicans" prompted Espinoza and Alvarez to start a Facebook page, aptly named Cultivating Invisibility: Chipotle's Missing Mexicans, that takes aim at the chain's series. Alvarez and Espinoza are posting photos of cups that feature handwritten stories by Mexican-American writers.

And if the company moves forward with the program, communications director Arnold writes:

"We will certainly look to add to the diversity of contributors, and believe we will be in a better position to attract a wider cross-section of writers with something to point to given how well this program has been received."

Some suggestions for the chain, if it decides to cast its "Cultivating Thought" net a bit wider?

Alvarez points to The Norton Anthology Of Latino Literature as a pretty obvious place where Latino writers are showcased. To name some folks who could be fair game: Dagoberto Gilb, Sandra Cisneros, Luis Alberto Urrea and Richard Rodriguez.