Accessibility links
'Unmosqued' Examines Muslim Variant Of Unchurched Youth : Code Switch A new documentary making the rounds on college campuses is striking a chord with young Muslims. It depicts them drifting away from Islam and argues that mosques are to blame. 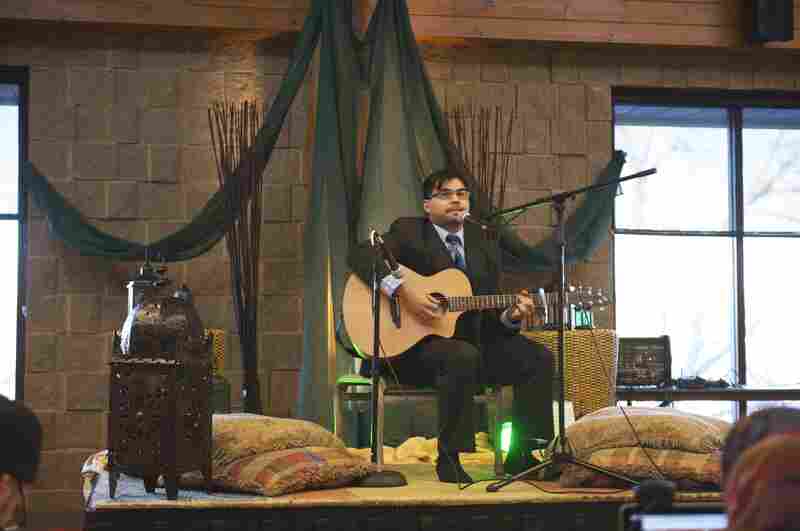 Zain Lodhia plays an original song at a Mawlid, a birthday celebration for the Prophet Muhammad. The event was sponsored by the Webb Foundation, a so-called "Third Space" Muslim faith community outside the traditional mosque. Monique Parsons/NPR hide caption 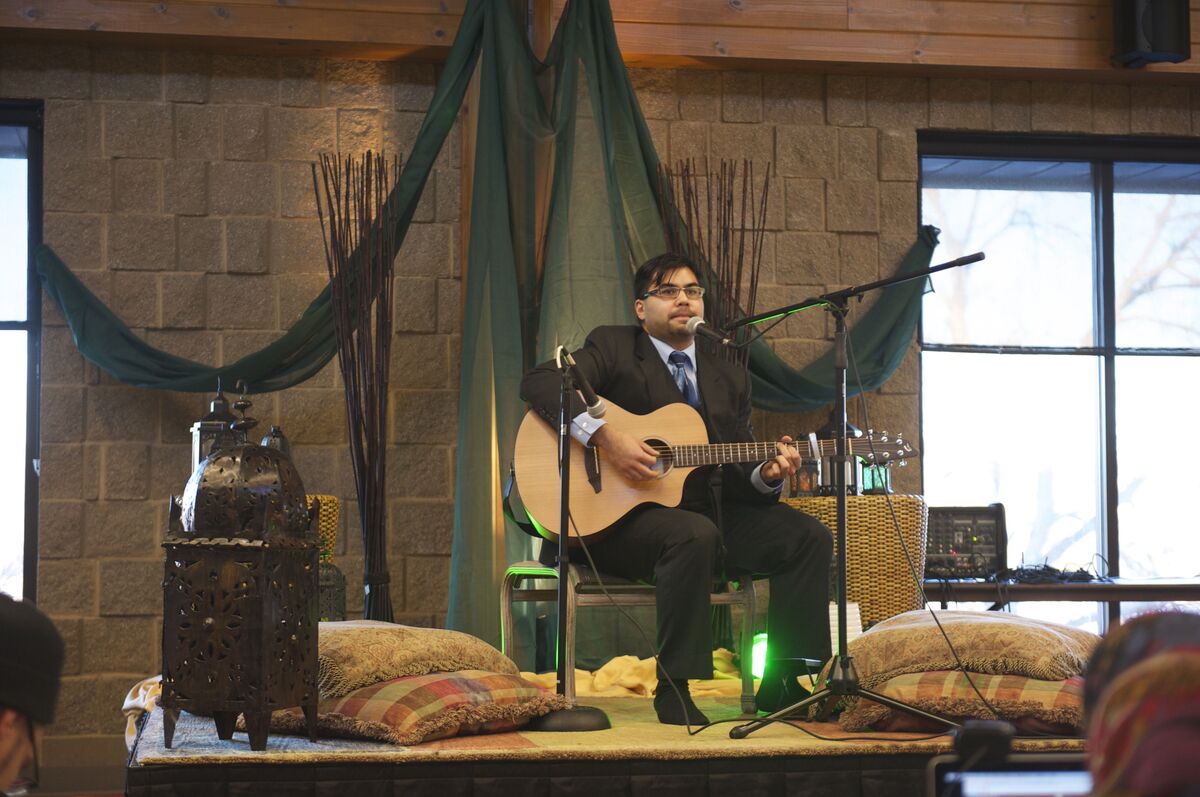 Zain Lodhia plays an original song at a Mawlid, a birthday celebration for the Prophet Muhammad. The event was sponsored by the Webb Foundation, a so-called "Third Space" Muslim faith community outside the traditional mosque.

There's a new film screening on American college campuses this spring that's sparking lively debate among Muslim students. Unmosqued depicts a younger generation of American Muslims drifting away from Islam, and it argues that mosques bear the blame.

Recently several hundred people gathered at the Webb Foundation to celebrate Mawlid, the birthday of the Prophet Muhammad. The foundation is named after an early American convert to Islam. There's no dome, minaret or even a building. It's known for service projects, good Sunday schools and father-daughter camping trips.

Unmosqued also takes a hard and often unflattering look at mosques in America.

"The masjid is very relevant for immigrants. For our generation it has become such a place that bears little to no relevance to my life," says Bilal Hilto, co-founder of The Lighthouse Initiative, a third space center in Long Island, N.Y.

Atif Mahmud, the film's producer, says he got the phrase "unmosqued" from a term Christian friends use to describe how they'd drifted away from their childhood congregations.

"I heard the way that young Christians were talking about how they felt unchurched, and I felt exactly the same way," Mahmud recalls.

Mahmud says this isn't a battle over beliefs — it's a battle over culture. He's a business consultant with an MBA, and he says that just like his corporate clients, many of the mosques need new habits and more hospitality.

"It is very possible that we can go to a mosque today, wash ourselves, put our shoes on the rack, go inside, make our prayers and come out and go home without having said a word directly to a single person," Mahmud says.

Mahmud says mosque leaders should visit popular evangelical churches, like the one near his home in Houston. The sermons are focused and timely. People smile and hug. They hand out fresh orange juice in the parking lot. 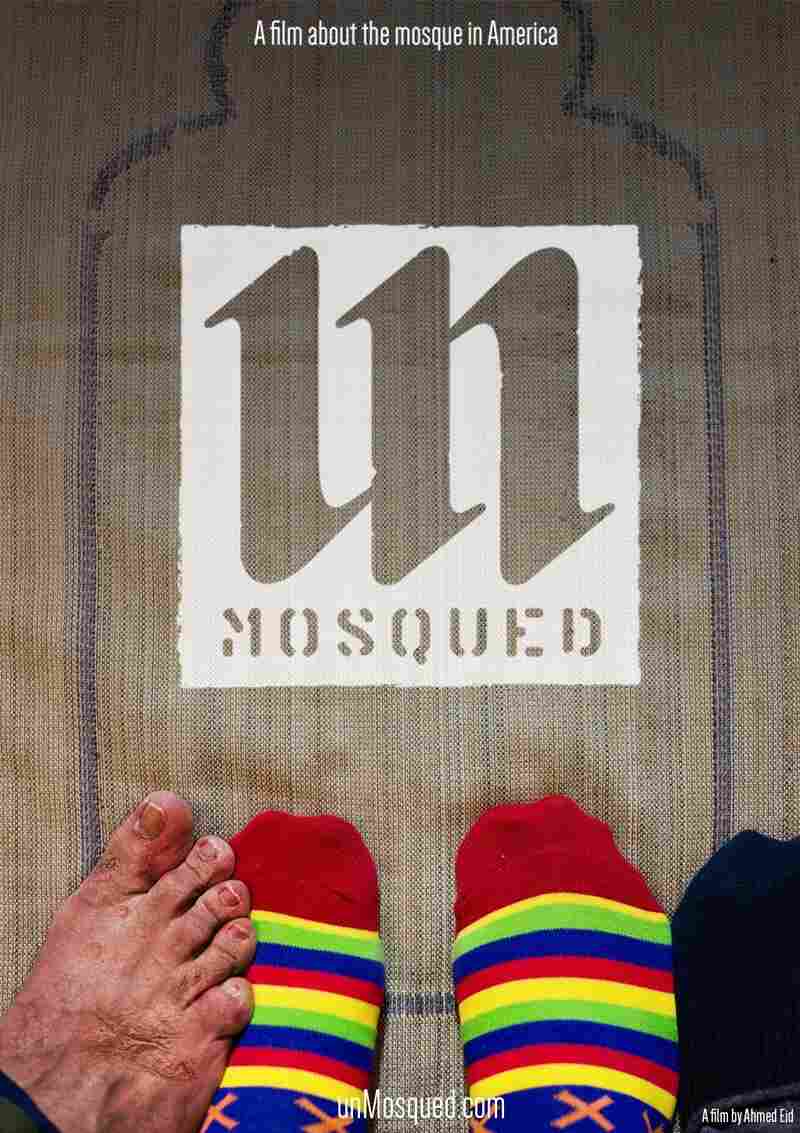 Unmosqued depicts a younger generation of American Muslims drifting away from Islam, and it argues that mosques bear the blame. Courtesy of 'Unmosqued' hide caption 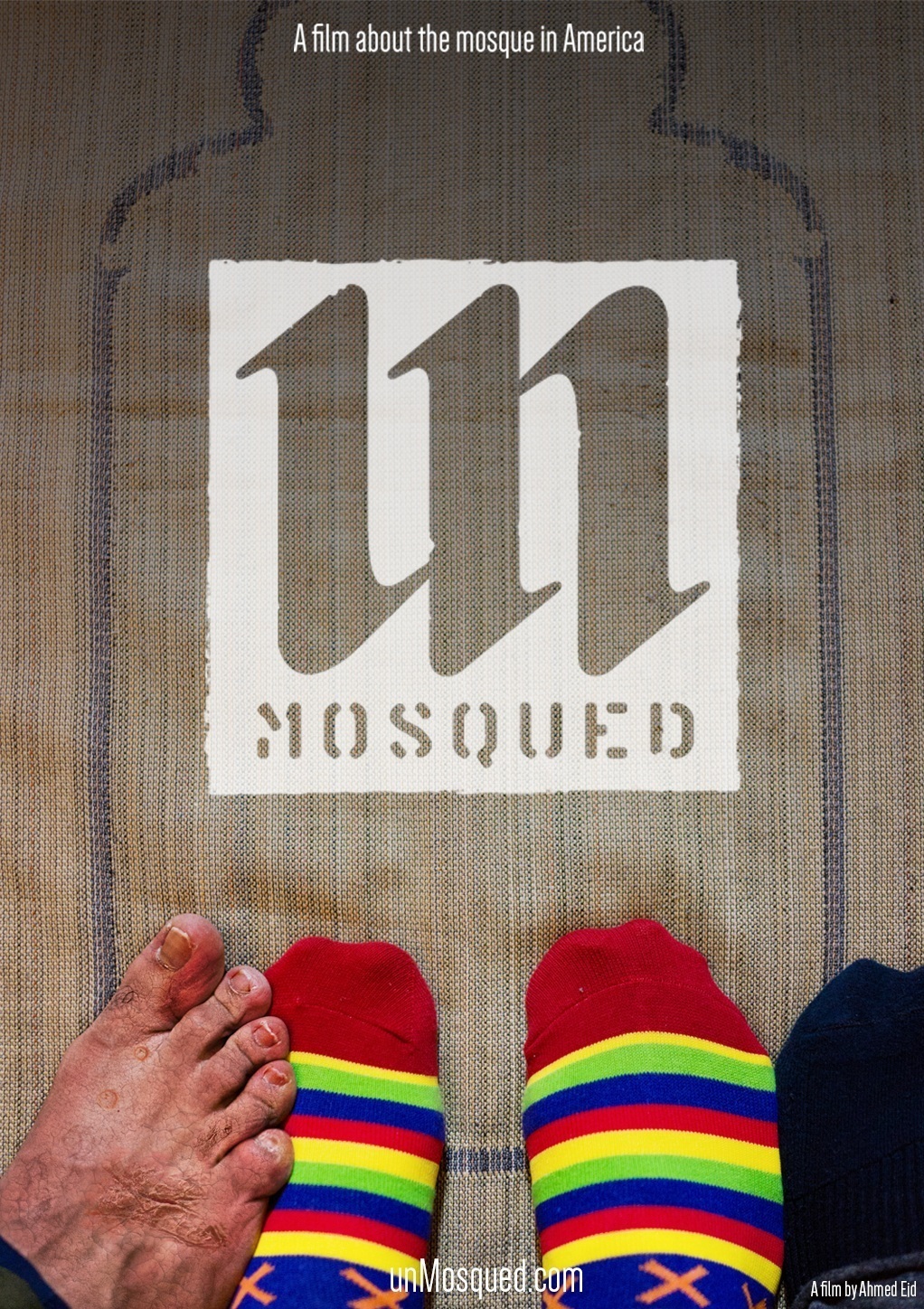 Unmosqued depicts a younger generation of American Muslims drifting away from Islam, and it argues that mosques bear the blame.

Leena Suleiman attended a recent screening for the Muslim Student Association at the University of Chicago. She says the film got a lot right, but she worries that it favors third spaces and might insult older immigrants.

"There was a bias in the film," Suleiman explains. "There's already a problem. That will turn off the men and women that are causing the issues that exist."

She says she won't show the film to the older folks at her mosque because she needs them as allies in the push for change. The filmmakers point out that their own parents are immigrants, and the film does include some immigrant "uncles" who want the young generation to lead.

This isn't just a Muslim story; it's a very American story.

He says Japanese Buddhists, Italian Catholics and German Jews have all been there.

Creating American mosques is exactly what the filmmakers have in mind. They view mosques as crucial institutions.

Filmmaker Ahmed Eid says at heart, Unmosqued is about community: "Islam is not a religion you can practice by yourself in a hut somewhere. Every Friday, every week we have to gather as a community at a mosque and learn something from the imam."

Eid hopes the film will inspire his generation to get involved, whether at mosques or third spaces that may someday evolve into mosques, so that by the time his 3-year-old daughter is in college, she'll have a mosque where she feels at home.