Accessibility links
In 1920, 99 Percent Of All Americans Named Booker Were Black : Code Switch Say the name Leroy aloud and most listeners assume the name belongs to a black man. A century ago, a very different set of names including Titus and Perlie were among the most popular for black men.

In 1920, 99 Percent Of All Americans Named Booker Were Black

In 1920, 99 Percent Of All Americans Named Booker Were Black 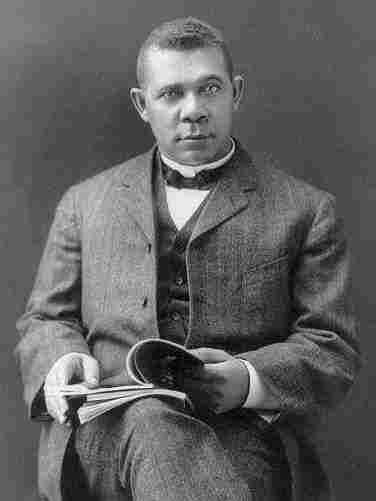 Booker T. Washington sits for a portrait in Hampton, Va., circa 1903. Library of Congress hide caption 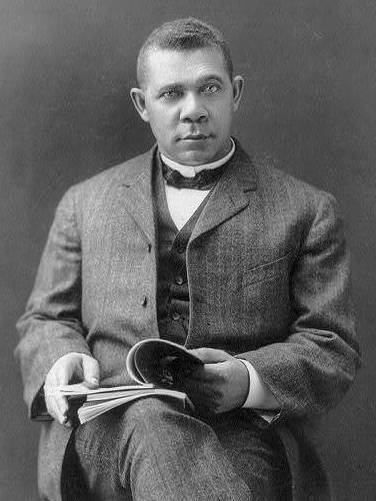 Booker T. Washington sits for a portrait in Hampton, Va., circa 1903.

The distinct nature of many black names has long been the subject of national curiosity. Twenty years ago, a "Saturday Night Live" skit titled "Camp Ujaama" parodied modern black naming conventions. More recently, the comedy show "Key & Peele" took on this phenomenon in a sketch that went viral where they devised fictitious black college football players with increasingly outrageous names like L'Carpetron, D'Squarius and Shakiraquan.

After watching these segments again, I wondered what the stereotypical black names were a hundred years ago. What were the long-ago equivalents of contemporary black names?

I found the answer detailed in a recent paper titled "Distinctively Black Names in the American Past" written by professors Lisa D. Cook, Trevon D. Logan and John M. Parman and published by the National Bureau of Economic Research.

Today, we all assume that the name Leroy probably belongs to a black dude, but a century ago some of the "blackest names" were Titus and Perlie. As the paper makes plain, distinctively black names have existed as long as black people have been in America. (It is worth noting the shift to more creative and distinctive names is often pegged to the rise of the Black Power movement.)

A name is considered to be distinctively black when its incidence in the black community occurs at a higher and vastly disproportionate rate as compared to the rest of the nation. It does not necessarily indicate the name is exclusive to black people, or that it's even particularly popular; only that when one encounters it, there is an exceptionally high probability that it belongs to a black person.

The top black names that emerged proved to be interesting and thematic. In 1920, the blackest name in America — that is, over 99 percent of people with this name were black — was Booker, no doubt in response to the popularity of Booker T. Washington.

The vast majority of the remaining names, unsurprisingly perhaps, have their roots in the Bible. But what is most intriguing is that black people commandeered particular poetry from the Bible for its naming conventions in a way that whites did not. The second blackest name was Perlie, alternatively spelled Purlie and Pearlie, probably in reference to the pearly gates of Heaven referenced in the book of Revelation. Following that were the names Prince, King, and Master — all sobriquets for God or Jesus. Others were simply names in the Bible, such as Moses, Israel, Isaiah, and Elijah.

One other name that stands out is Freeman, unquestionably popular as a declaration to the country of black people's postbellum status. The highest incidence of this name among the sampled states occurred in Illinois where over 85 percent of the men with that name were black. It is, of course, no coincidence that it was most popular in the home state of President Abraham Lincoln. Interestingly, the name Abraham was distinctively black for most of the country in 1920, but not in Illinois where 95 percent of the men with the name were white. Freeman was how blacks distinguished their recognition of Lincoln.

Today, it's very rare for anyone to run across a black guy, or one of any other race for that matter, named Master or Pearlie. But some of the names rooted in the Bible have persisted — two of the 10 most popular black male names in 2012 were Elijah and Isaiah.

The enduring popularity of the latter name may provide a clue to the truest desire of black American naming conventions. From the book of Isaiah, "Only let us be called by thy name, to take away our reproach."